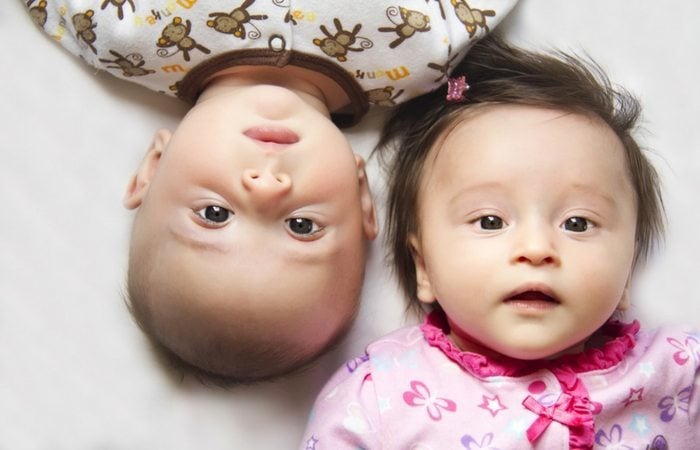 We may think at first that our twins abilities will be the same since, well… they are the same age. We assume they will walk at the same time, learn to ride bikes at the same time and so on. But this isn’t always the case, as I myself have experienced with my own twins.

My Twin B was lagging in meeting his milestones. It was more obvious since we had his twin brother as a comparison. At first there was a two week difference. Then 3, 4, 5, filially about a 9 month difference between the two of them. During this time we had the help of therapists monitoring them both to validate our concerns as the delays as well.

Before I was a parent I used to think that milestones were silly. I viewed them as a way for parents to brag that their child did something “2 weeks before they were supposed to.” I hated this type of competitiveness seen in mom’s. But the REAL reason the milestones are there are to help the parents with kids who may be falling behind; not to give any mother bragging rights.

So here are some milestones to help you if you are wondering how your baby is developing. Do not stick to these milestones as a rule, but use them as a guideline. Bacause remember, they have their own personalities and abilities. Just because they are “slower” to achieve some things doesn’t always mean there is cause for alarm.

By age one year:

For more details and printouts see the CDC Development Milestones.