Home » What was your partner’s reaction to “It’s TWINS!”? 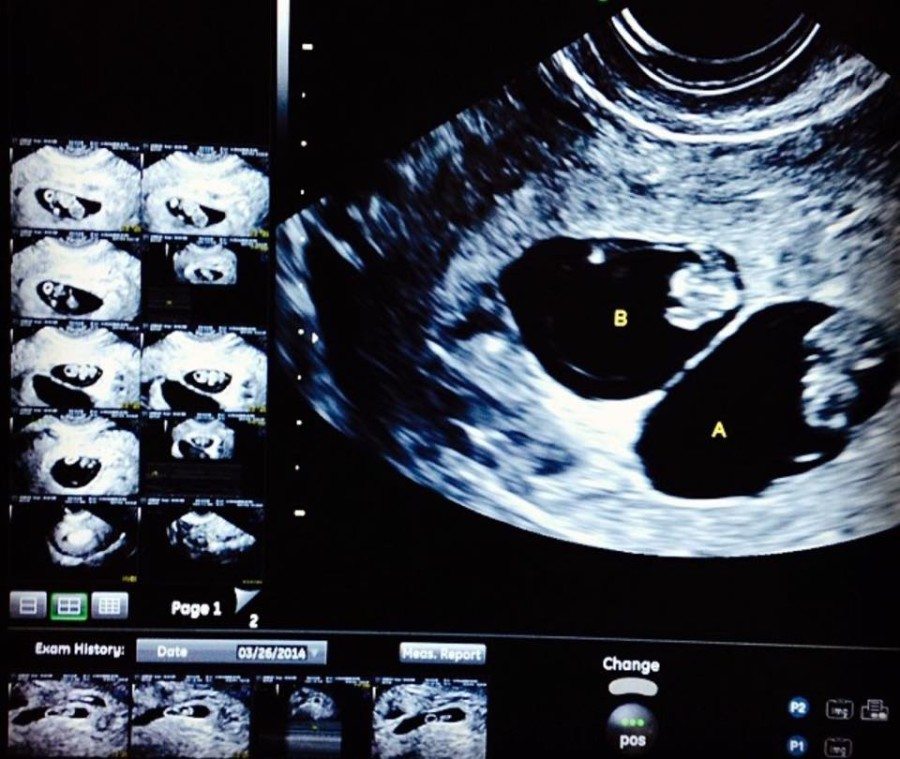 We asked our Twiniversity fans…

What was your partner’s reaction to ‘It’s twins!’?

Here’s what they had to say! 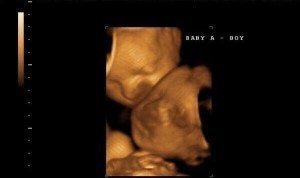 – I thought I was having a miscarriage due to some bleeding. We went to get checked at my doctor (I was 9 weeks). I prayed the whole way and couldn’t look at the screen when she did the ultrasound. She asked my husband, “Do you see what I see?” He sighed and smiled and said, “A baby…” She said, “I see 2…” I told my husband I prayed so hard God gave us another one! Emotions went from one extreme to the other…

– We found out our previous pregnancy wasn’t viable at our 8 week ultrasound. So going into this ultrasound (also at 8 weeks), so soon after, I was completely detached. And he was scared. So we got on the table and she started. She goes, “Ah, there’s the heartbeat. And here’s the other one.” And my husband just went, “The other what?” She replies, “Heartbeat.” And he still didn’t catch on. I turned my head and said, “There are 2 babies.” And then it went crazy from there. They are 15 months now. 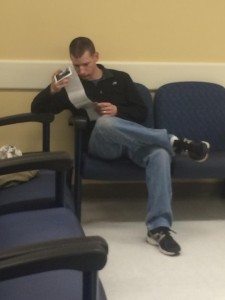 – The ultrasound tech told my husband to sit down….she told us there were 2 and the room immediately started spinning. My 2 daughters, who were with us, started listing off all the things we were going to have to buy. The tech just kept laughing!

– The tech asked “do twins run in your family?” I said “Yes, rampant.” She said, “Well guess what?” My husband screeched,”WHAT?!”

– I had an ultrasound at 11 weeks due to bleeding. I was told it was either a miscarriage or torn placenta. The tech said, “Here’s a heartbeat…and here’s the second heartbeat.” I admit it took me a second to catch on, but a full 10 minutes later my husband said, “Wait, are you saying there’s two babies??”

– I found out April 1st. My partner wasn’t at the scan because of work so when I called him to tell him he and everybody else thought it was an April Fools prank until I proved it with the scan photo. Priceless!

– My husband said, “I told you!” I was more in shock than him, crying my eyes out, and he’s just happy as can be.

– Laughing and the on the way to work, running a red light. 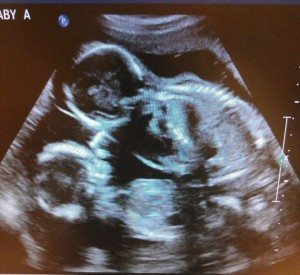 – He said “I knew it!!” He was thrilled! We did IVF and he was convinced from before I was even pregnant that it would work, we’d have twins and they’d be boy/girl.

– As soon as I saw the ultrasound screen I knew it was twins. I screamed, “Nooooooo!!!” before the doctor could even say anything! She didn’t even look at me and just said, “Yes!” My husband had no clue what we were talking about and I screamed, “We’re having twins!” He just stood there with an smile on his face but he said he screamed “oh shit” in his head!

– We did IVF and the afternoon before our 6-week ultrasound I started bleeding. I already had 1 early miscarriage so I thought the worst. The next morning we went in for the ultrasound and our infertility doctor came in the room and took out “the wand” and started. I held my breath and prayed. He said, “OK, so I’m seeing 3 sacs… which means triplets…” I looked at my husband and I’ve never seen him so scared in his entire life!!! Then in the next breath our doctor said, “Wait a minute — no, that one is a blood clot, which explains the bleeding. So you’re having twins!” I looked back at my husband and you’d think he was just found not guilty of murder! He was so relieved! And so was I. Twins we were mentally prepared for. I burst into tears and laughter and he looked like he was about to pass out. It was a great moment; finally getting our babies!!! 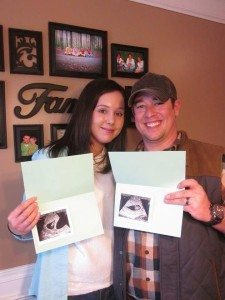 – My hubby didn’t believe me …he was just mute. Till this day he’s not fully grasping it and the babies are 2 months old!

– He was speechless. I tell people he sat there sputtering!

– The blood drained from his face.

– He was stoked! I think he was high fiving himself and his super sperm, LOL! I was terrified! Couldn’t figure out how 2 babies get out?! Well, they did. 6 years later I still feel like we won the lottery.

– My first ultrasound was spur of the moment. It was my first appointment to see if I was in fact pregnant. When I was indeed my OB said to do a scan right then and there due to a previous ectopic pregnancy resulting in my fallopian tube being removed. So of course I was alone. When they did it there were 3 sacs. I almost fell off the table. My first thought was, “My husband’s going to kill me, or have a heart attack, or both!” LOL! When I told him (after a very long day at work) He said, “You’re joking.” He didn’t believe me until I showed him the ultrasound pic. For the next six weeks all you heard him say was, “Triplets… jeez…” One sac never developed so we ended up with twins. 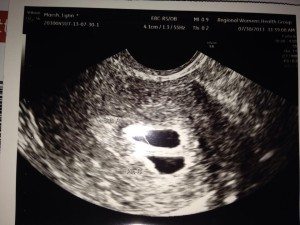 – He almost broke my hand! He came with me to the scan and was holding my hand when straight away they said, “Oh yup, there’s one, there’s two, I’ll just check for a third!! We were both in shock!

– My husband was thrilled!!!! I always wanted 4 children and my husband didn’t want a third pregnancy because of his age….

– My husband’s jaw dropped and he was silent for about a minute (while I repeatedly laughed and cursed holy f-ing shit) and then he said, “Well, we always wanted 2 kids!”

– “Well, we’re done!” The twins gave us the 2nd and 3rd child we wanted. He handled it way better than I did! I wanted two more, but not really at the same time! 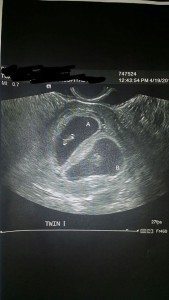 – I was 6 weeks pregnant and spotting. It was my first pregnancy and I thought I was having a miscarriage. We went for an ultrasound and not only was everything fine but it was twins! Such an emotional roller coaster of a day! We were definitely excited and my husband was spacing out all day — I’d have to wave my hand in front of his face to get his attention, LOL!

– I have two sets and a singleton. When I found out about the second set at 6 weeks, my very loud and obviously uncontrolled self said, “What in the ____ am I going to do with 5 kids?!” I was so embarrassed. LOL! My husband’s reaction when I called him: “We’ll talk about this later……”

– My husband was away on a business trip when I found out. I called him and made him FaceTime with me so I could see his reaction……and it was priceless. His exact words….”No shit”. LOL! I’m not sure he fully believed me until I sent him the ultrasound pic. After that there were about 10 “No shit”‘s. HA!

If you enjoyed this article, you’ll love these…

Help! I have 18 month old twins and I’m pregnant again!

10 Things Not to Say to a Woman Pregnant with Twins

She didn’t know she was pregnant… with mono mono twins!

Check out the latest issue of Multiplicity Magazine! Twiniversity’s quarterly online magazine is FREE and features all the hot topics and new trends for parents of multiples, as well as great coupons and product reviews!