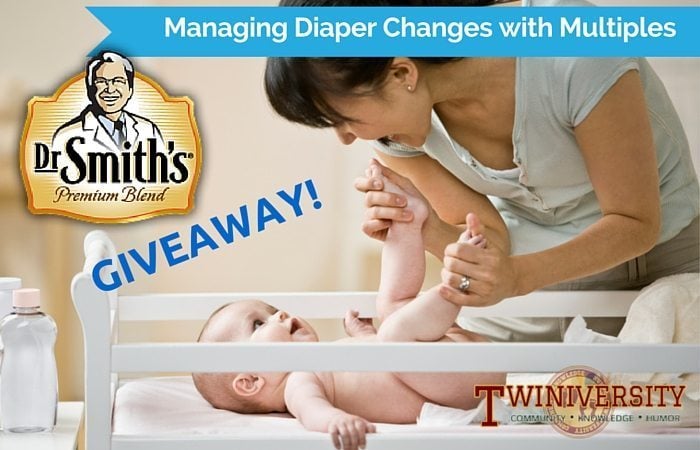 Oh Twiniversity fans, have we got a great article and giveaway for you today! Not only will you learn some fantastic tips for managing diaper changes with multiples — from a twin mom and former nanny — but one lucky winner will receive a 6 month supply of Dr. Smith’s Diaper Rash Ointment and Spray AND a $200 Target gift card!!! 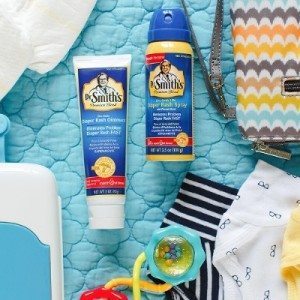 I gotta tell you, honestly, we are just in love with Dr. Smith’s in my house and I’m so thrilled to bring Dr. Smith’s to our families of multiples! My twin toddler boys each have their own preference (my twin A asks for the ointment, while his brother insists on “SPRAY, MOMMY! SPRAY!!!”) and the scent is so much better than other diaper ointments on the market. It’s zinc oxide-based (a MUST for diaper ointment) and it goes on light but it works FAST! I’m a big fan of the spray in particular — #1, I don’t have to touch their butts anymore (gross), and #2, it avoids the risk of cross-contamination when one twin has diaper rash. Truly, I have drunk the Dr. Smith’s Kool-aid!

Twiniversity Note: Regarding the spray, we wanted you to know that one of our first questions when we tried the spray was about the risks of inhalation. We learned that Dr. Smith’s Spray is uniquely designed and is different than other aerosol spray products. The formulation ensures that the product clings to skin, creating a thin, even layer of protection when sprayed. Overspray is minimized due to the technology of the nozzle and propellant, as well as the thicker consistency of the product. Like other aerosol products, the spray should not be used near the child’s face, and the folks at Dr. Smith’s have created a helpful video to help show parents how to use it correctly. You can find it and additional information about the propellant here.

As a former nanny, I thought I was pretty well prepared to have children of my own. When we found out we were expecting twin boys, I figured I was good to go because I already had it all figured out from raising my singleton daughter. WRONG! We’d been in a tiny two bedroom apartment when my singleton was born, and then we lived with my parents for a bit until we found a house. Let me tell you, out-numbering your offspring 4:1 is the way to do it! In our new home we’re now out-numbered 2:3 so we had to re-think a few things and diaper changes were one of them.

First problem: we bought a two-story home. I assure you, you do not want to have to run up and down a flight of stairs with a baby every 2-3 hours for a diaper change, especially since about 50% of the time they will inevitably fill it right back up within 10 minutes. Keep in mind that initially you will also be recovering from labor and delivery or a C-section, so stairs will not be your friend. Unless you are really concerned about losing the baby weight as quickly as possible or have a bizarre desire to have knee surgery in the near future, just don’t try to make it work with one changing area for both floors.

Our cribs have changing tables attached, but instead you could purchase a separate changing table, or (in my opinion, the smartest option) use the top of the dresser with a changing pad. A changing table they will outgrow, but a dresser they won’t, and many dressers are designed to do this as safely as a changing table anyway. As much as I liked the efficiency of having the crib/change combo, that changing table connected to the crib is much smaller so all three of my kids outgrew it fairly quickly. 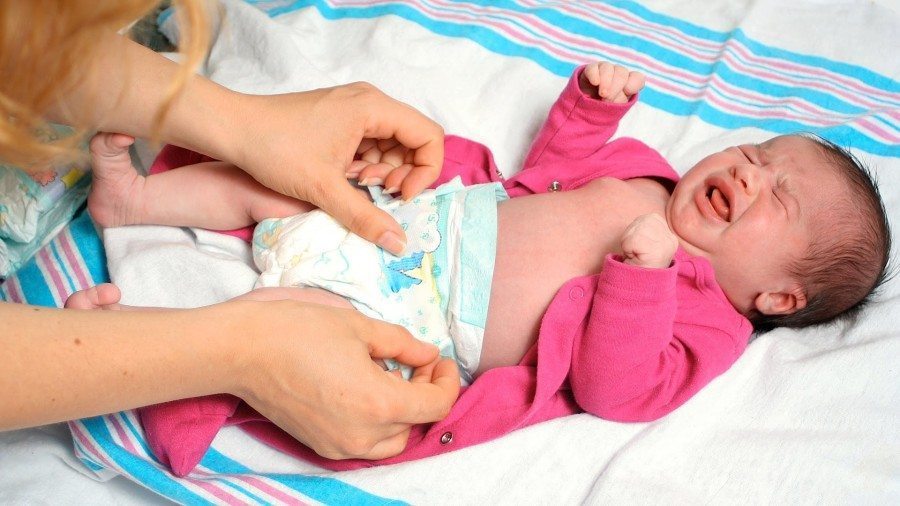 Since my boys were all winter babies my hands felt like they were going to disintegrate from all the sanitizer, so I switched to a sanitizing lotion which is reportedly as effective as the gels, but will spare your hands the drying effect. 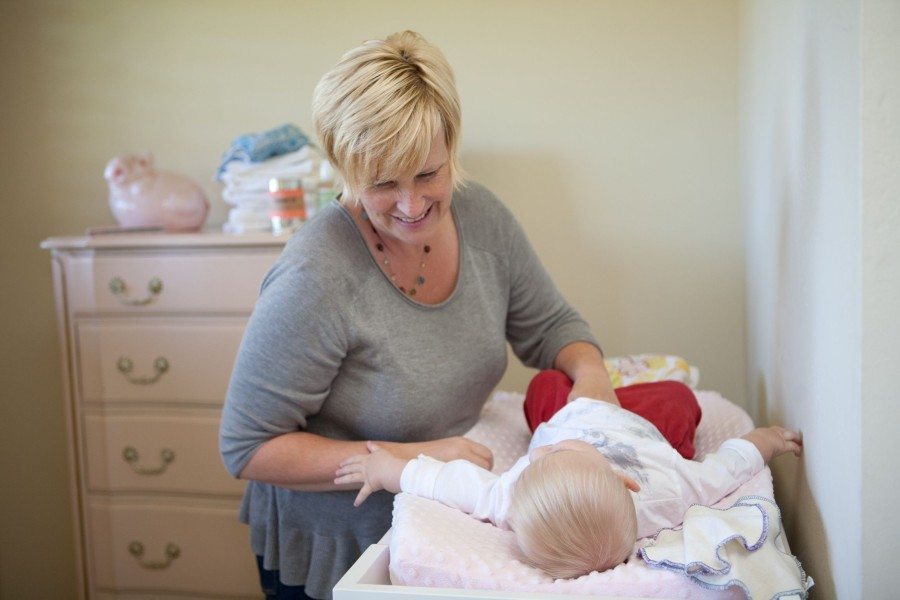 This was a pretty good set-up initially, but with the smaller changing table on our crib combo and the safety risk of having the babies elevated on the washer/dryer we had to re-think our game plan when they started rolling. I tackled this by moving the changing pad behind our couch in the living room and put all the diaper changing accoutrements in a caddy with multiple compartments. I had to have 3 compartments just for diapers since my children were all wearing different sizes (thanks, kids!) as well as wipes and ointments. When they needed a fresh diaper I simply threw the pad on the ground, grabbed the caddy, and got to work.

I did the same thing on the second floor, but slid the diaper changing pad under a crib so they weren’t tempted to play with it when not in use. While this is not as ergonomically desirable for your back as having the baby on a higher surface, changing them on the floor is a much safer option as they get into the super-squirmy phase. As an added bonus, since you aren’t using your legs to stand they’re free to help contain your wiggle worms, and with twins you need all the help you can get!

The caddy also came in quite handy once I started getting brave enough to leave the house with the kids. While I keep an extra changing pad, diapers, wipes, and clothes in my van at all times, if we were heading somewhere for an extended period it was nice to just grab the changing pad and caddy and throw it in the van to use for the day. If we had to stop and do diaper changes, we’d fold down one of the stow-and-go seats and change the kids right in the van which was much cleaner than using the changing stations in public bathrooms, and was a LIFESAVER when we found ourselves in places that didn’t provide changing stations at all. It also saved us a lot of time loading kids in and out of the stroller to cart them into the building. We also used the pad and caddy while visiting friends and family’s homes. 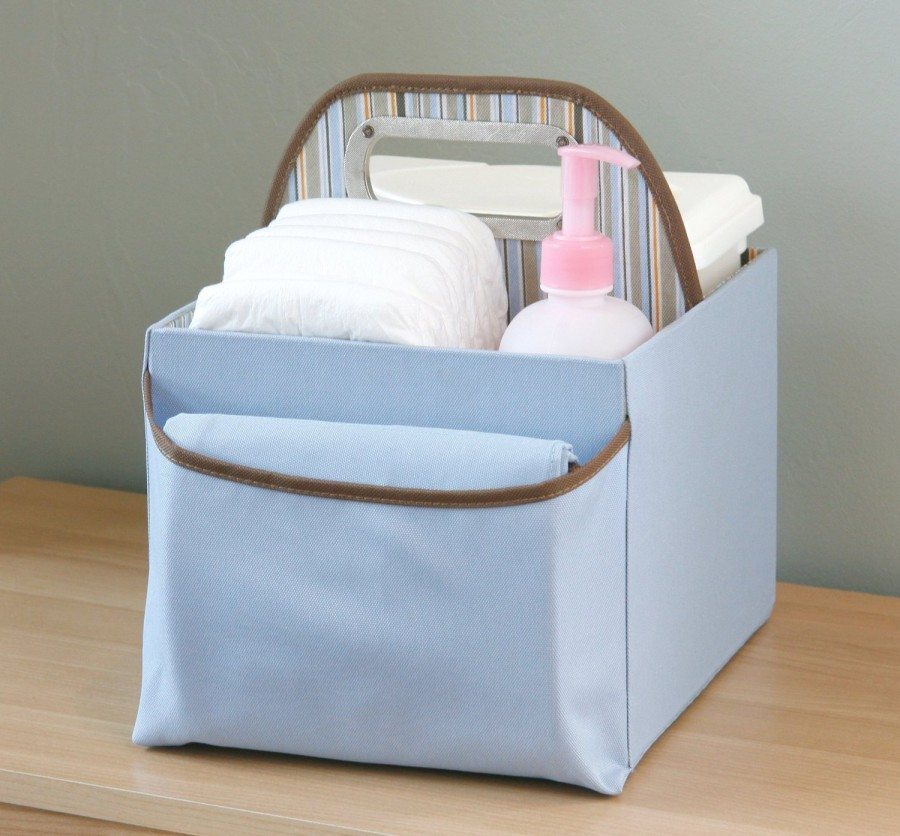 I’d love to hear any of your tips and tricks for making diaper changes a little easier. I don’t claim to have all the answers, but I am always willing to share the ones I’ve found that work for my family. Our children and our circumstances are all a little different, but hopefully each of you finds a few tips in here which will help make your diaper changes a little easier. It is, in my opinion, the most unpleasant aspect of raising children, but it can be done with as little mess as possible with a little forethought and preparation. Now if only there was an easier way to pay for it! 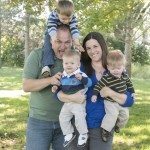 Diana Schneider is the lone female in her household with three wonderful little boys and one big boy who keep her exceptionally busy, but exceptionally happy. While she sometimes laments the loss of her type A, perfectionist, pre-kids lifestyle she is learning to embrace the crazy, unpredictable life of a parent of multiples.

THIS CONTEST HAS ENDED