Home » Pros and Cons of Separating Your Twins in School 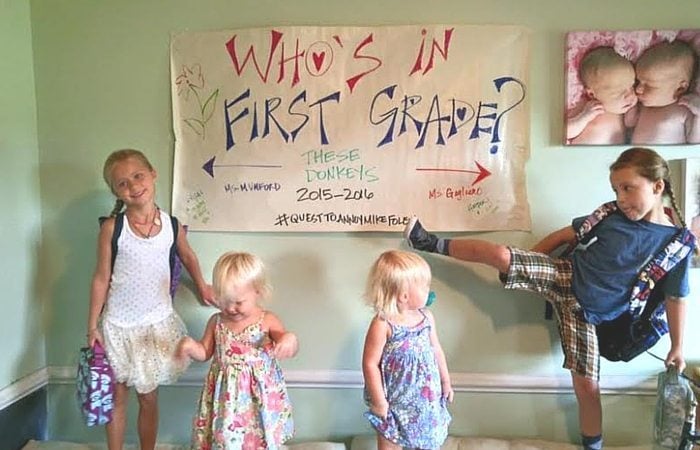 There is an age old question that every parent of multiples must ask themselves sooner or later: To split or not to split? That IS the question. In school, that is.

When the big girls began daycare and “pre-school” I asked each of their teachers along the way what their thoughts were on this hot topic. The responses ranged from “I see no reason to split them as they work very well independently,” to “That’s totally up to you as the parent.” I did notice the girls depending on each other strongly in new situations. However, to their defense, and I am not a twin, I was shy and preferred someone to hold my hand in new situations. Is their behavior because they are twins or just because they are their mother’s daughter?

None-the-less, when it was time to start kindergarten, which is an all-day program here, we chose to keep them together. For their entire life they were with me the majority of the time and their stint with daycare and pre-school was very limited, so I was nervous sending them off — and so were they. They were gone so many hours at such a young age; kindergarten was like a full time job! 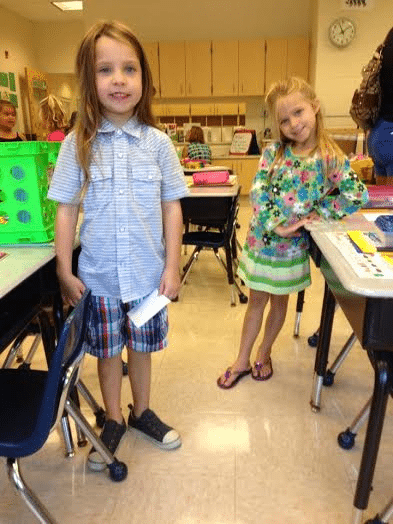 It didn’t take long before they were really enjoying school and because they could walk in together I was off the hook of walking them in like so many other parents. At the second parent-teacher conference of the year I asked their teacher her thoughts. Her response was along the lines of, “I don’t ever make recommendations, although I will say when Lylla isn’t here Harper stands a little taller and prouder.” That was enough for me. She confirmed our thoughts that Harper was a little too shy and dependent on her sister. So in first grade we requested that they have separate teachers. We thought it would be a dreadful conversation and so we decided to break a big rule and lie. We told them the classes had been established and they would not be in the same class. They took it rather well after we promised them they would still walk in together, leave together, and see each other at lunch and recess. To our surprise it was Lylla who had the butterflies when the first day of school arrived.

Overall it has been great for both of them. They have stayed buddies but made their own friends as well. They’ve developed intellectually without being compared and have their own lives. 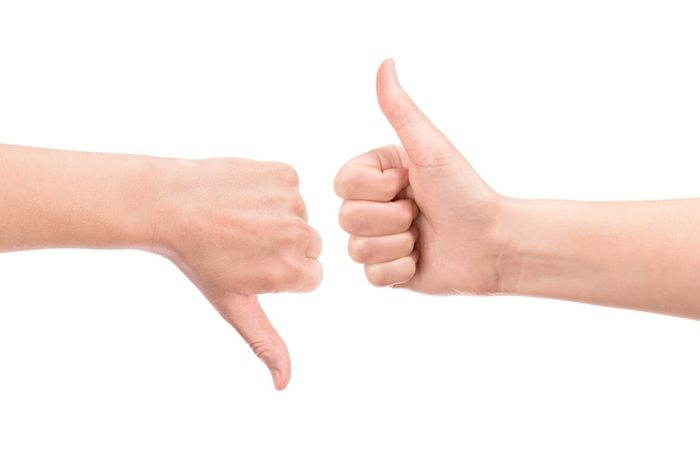 It hasn’t been as great for us as parents though. Here’s why:

1. Parent-teacher conferences are on the same night and same time. Instead of talking to one teacher about both girls, we have to sign up to see each teacher. That can take a couple hours.

2. Field trips are scheduled on the same day and time as well. We have to pick whose field trip we are going to chaperone.

5. Attending class presentations is tricky. We always ask the teachers to coordinate that one goes first so we can see her then run down the hall to see the other go last.

6. When they were together if one was having a bad day and wouldn’t open up, the other would on her behalf. Now that they are split up we don’t have that luxury.

Those are the cons for us. 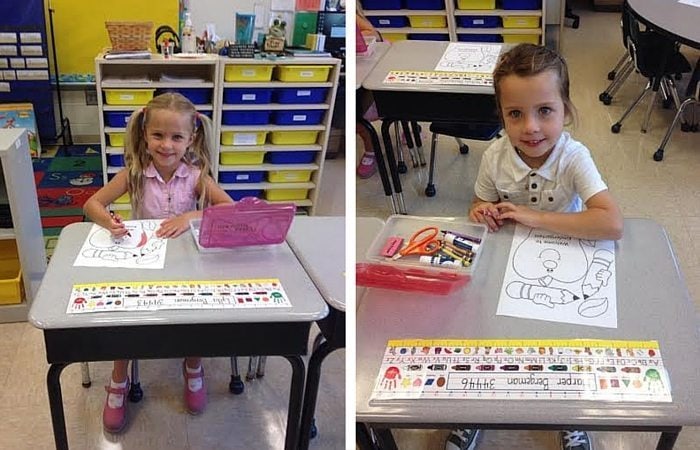 As for the girls, the downside to not being together are:

1. No longer having that reassurance that someone is by your side; that someone that has been with you since conception. A great example of this was in kindergarten. The kids were to give a presentation and Harper froze. She just stood there frozen solid. Lylla quietly got up from her chair, held her hand, and whispered, “It’s ok.”

2. If one is being left out, she no longer has her twin around to include her.

But on the plus side of being separated:

1. They have really grown into individuals and no longer considered “the twins”.

2. They don’t know how the other is doing in school. For example, one is in the highest reading group and the other the lowest. If they were in the same class this would most definitely bring some embarrassment or lowered self-esteem to the table.

3. I love hearing them interpret the day’s activities without the other’s input.

4. It is interesting to see the different teaching styles and use it to our benefit.

All of these weigh heavily on the decision-making process. Even though the cons outweigh the pros in numbers, it is the weight of benefits that made our final decision. It will be interesting to see if our identical girls (our 2nd set of twins) respond the same way their older fraternal sisters did.

If your multiples are already in school I’d love to hear if you agree or disagree? Did you notice anything we did not? I love hearing the opinions and views of my fellow twin parents! 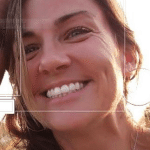 Kerry Bergeman is the founder and the mastermind behind New2Two.com peek at my life as a Mother of fraternal AND identical twins! Kerry is a full-time stay at home mother of six year old fraternal twin girls and one year old identical twin girls. She also teaches part-time at the local community college and runs Mommies of Multiples on Facebook (a group dedicated to helping moms of multiples with their daily questions and concerns). Her blog, New2Two is about life with twins, dealing with infertility, raising awareness for bully prevention and the challenges of having a daughter with a severe intolerance to dairy. What does she do on her time off? She is the Brand Ambassador of the Twingaroo twin carrier- the first and only ergonomic twin carrier that features a built in diaper bag (yes, that’s her on the box)! She sells Usborne Books to help encourage all to read! She’s bringing the book back one kid at a time!

Cleaning With Kids Around

thy Is It So Hard To Leave Them?