Home » Pump It Up: Exclusively Pumping for My Twins 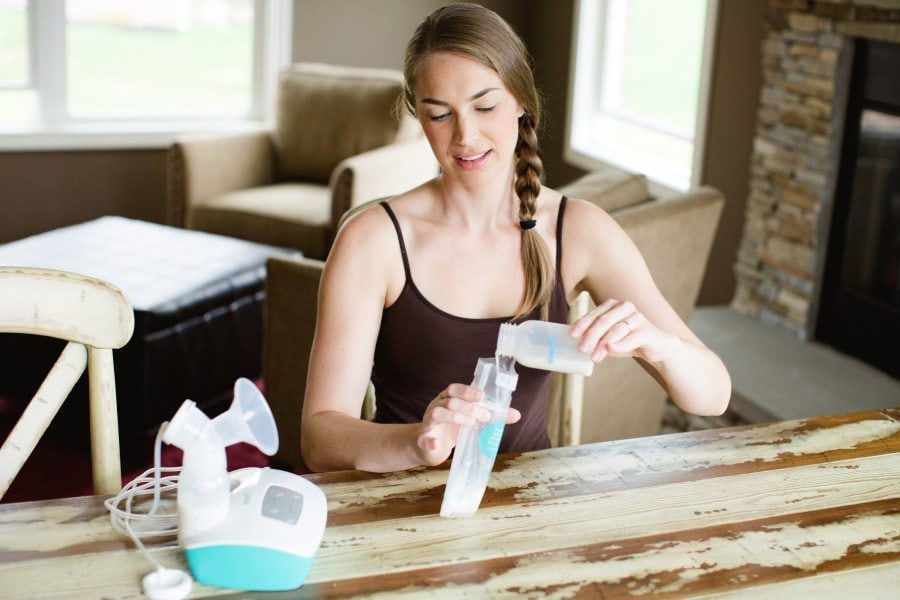 When I found out I was having twins, I had every intention of breastfeeding both, if only to save money. I ordered a fancy pillow, My Breast Friend, which would allow me to feed both babies at the same time. THE SAME TIME. I was horrified at the thought, but figured I’m a quick learner and not one to quit, so I wasn’t super concerned.

When the babies were born, I was immediately (as they wheeled me out of the operating room) thrown into tandem breastfeeding, and it was a struggle. My big 4 lb 10 oz son had no problem latching, most likely because his big sister had been stealing all of his food for the last four weeks before they were born. Scout, on the other hand, struggled. We both struggled actually. After quite a bit of bleeding on my part, and quite a bit of screaming on her part, my lactation consultant at the hospital diagnosed her with tongue tie. From there we were told that our pediatrician could easily snip the frenulum to give the tongue more mobility, which would completely fix all of our breastfeeding problems. Except it turned out that Scout had the type of tongue tie that wasn’t actually correctable without anesthesia and the strong possibility of bleeding out. This is when I made the executive decision to pump for both babies.

When I did make the decision to pump for both babies, I was told by every doctor, pediatrician, and lactation consultant that I met with, that it would be virtually impossible to establish a supply that would feed both babies. While I do enjoy a nice challenge, I was already starting to feel defeated.

After speaking (and by speaking, I mean leaving a sobbing message on her voicemail) with my favorite Lactation Consultant at the hospital where I delivered, we came up with a plan. For the next two weeks, I was to pump every 2-3 hours, through the night, log every single millimeter I pumped, and call her with my numbers at the end of the 14 day pump trial. Fortunately for me, both Scout and Griffin were tiny and didn’t eat a whole lot, so I could definitely keep up with their appetites over the next few weeks. After hanging up with Diane, I felt relieved and although the pumping sounded dreadful, it seemed I was on the right path for the future. 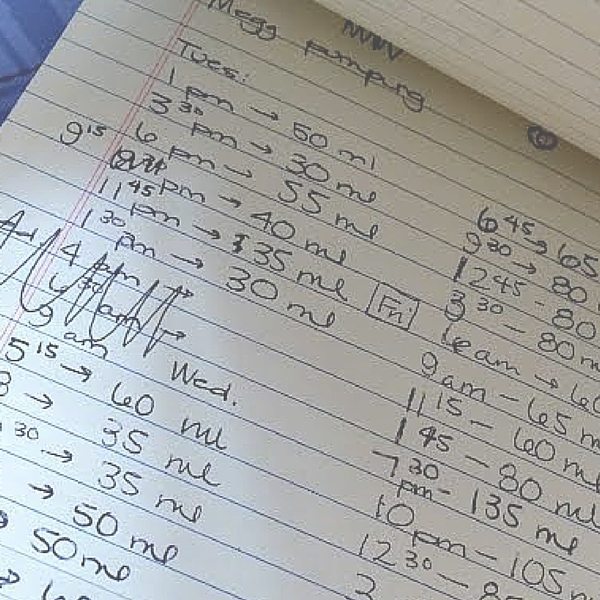 So I pumped. And I pumped. And I pumped. Then I pumped some more. More often than not, my pump schedule through the night was complete opposite of Scout and Griffin’s feeding schedule, which meant I was up all day and all night. We turned down plans, so that I could pump. We left places early, so that I could pump. We scheduled everything around my pump schedule. After fourteen days, I picked up the phone, and called Diane. I was so proud of myself. Over the course of two weeks, I hadn’t skipped one pump. Not one. I was prepared for her to do some calculations and tell me that I could drop to four pumps a day. I could handle four pumps. Keith was going back to work that Monday, so I’d have the babies all day, as well as night feedings so he could get a good night’s sleep for work each day. Four pumps was completely do-able.

HA! Diane told me that I had done a great job, and it looked like I would be able to feed both babies breast milk exclusively, IF I maintained the pumping schedule that I had been for the previous two weeks. I was completely crushed. I cried. A lot. I like to blame the lack of sleep and hormones, but in reality, I think the crying was mostly because I knew that pumping this way and caring for two newborns at the same time, was not something I was capable of. I had high hopes of a (baby filled) social life, and getting out with Scout and Griffin everyday, but between pumping, feedings, and their naps, there was no way.

I immediately ordered a car charger for my pump, extra flanges, and read all I could to figure out how I was going to make this work. When I realized how much of the day this would consume, I made a fancy hands free bra, and hooked my pump up to a 15 foot extension cord. I was ready to take on the world. Assuming the world was within my 15 foot range. I managed to vacuum, fold laundry, make meals, and care for the babies all while simultaneously making that liquid gold for Scout and Griffin. 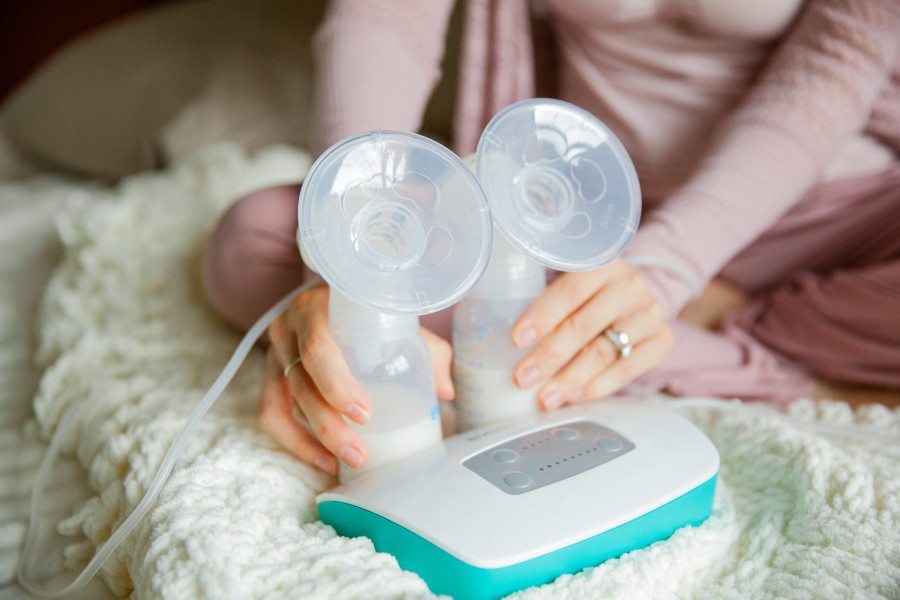 Our friends and family quickly became accustomed to my constant pumping and didn’t even blink an eye when they saw me wearing my “backwards cape”. They even became familiar with the sound of my pump and no longer asked what that noise was when we would talk on the phone. I pumped so often that we joked that the kids thought it was some sort of life support machine that Mom always wears.

Early on, we knew the babies would max out at 30 ounces each per day, making 60 ounces a day my magic number. Your supply generally is established by six weeks postpartum, so I needed to hit that mark. I made 60 ounces each day for months, even though the babies were eating well under that for quite some time. When I realized that I was able to freeze a decent amount because of this, I had decided that I’d create enough of a freezer stash to be able to stop pumping by eight months, yet keep feeding them breast milk until one year. At this point we invested in a deep chest freezer. 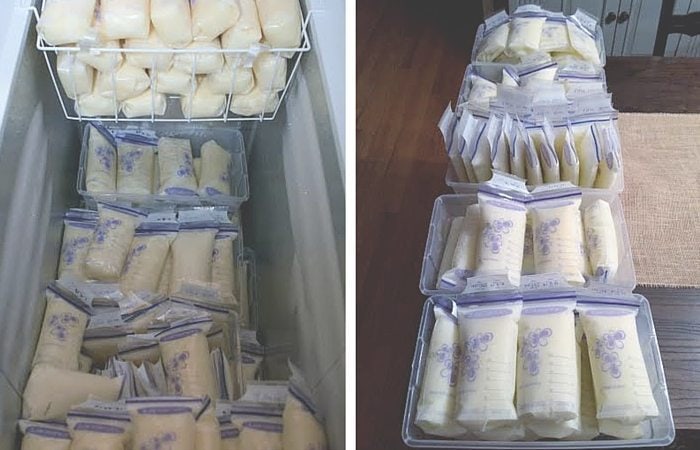 Only I never stopped. At eight months, I realized that I was planning to hit that year mark, so I started donating. I joined a group on facebook that allowed mothers in need of breastmilk to get in touch with mothers with milk to donate. I met a wonderful woman, who was unable to breastfeed her son and was in need of milk, so we set up to meet. I donated almost half of my stash. It was several coolers full. I felt amazing. I then donated a huge chunk of milk to another friend who was also struggling with breastfeeding. This continued for the next few months. I donated over 2000 ounces total.

A year came and went. I didn’t feel ready to stop, even though the babies had pretty much self weaned off of bottles completely at this point. I continued to pump, far less, through 18 months. My supply had pretty much completely dwindled after cutting back pump after pump, but I had my last ever pump on the morning they turned 18 months. It was a bittersweet feeling. Pumping was a part of who I was. I didn’t leave the house without my pump, ever.

Now I was a free woman.

Since I’ve stopped pumping, I’ve had much more “free” time. Our house has fresh baked goods weekly again and is slightly cleaner, and I can kind of breath for the first time in a long time. I’ve also realized that I hadn’t gotten sick once in the 18 months that I was pumping. Not once. Before getting pregnant, I was sick several times a year. The week after I stopped pumping, I got my first cold in years. The only silver lining was that I could actually take NyQuil this time! I’ve also noticed that since stopping, my stomach has gone mushy. It’s only fair after carrying twins, but that toned belly was definitely worth the agony of months and months of pumping. Along with the mushy stomach, I gained five pounds immediately. I calculated that while I was pumping, eight times a day, an hour each session, I was burning almost 1700 calories a day. There were days when I couldn’t keep up with the eating. Sounds like an awful problem to have, right?  Maintaining my caloric intake became as exhausting as pumping.

Here I am, eighteen months later. I survived and I’ve never been more proud. My husband and I have spoken at length about whether I’d pump exclusively for our third child, and I would do it again in a heartbeat. The benefits have far exceeded the inconvenience it caused at times. It is possible, and I’m living proof. 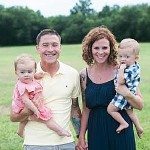 Megg Lex is a stay at home mom of 19 month old twins, Scout and Griffin. In her spare time (ha!) she enjoys baking, having picnics at the park, loving on her two dogs, playing music loudly, and taking photos. She resides in New Jersey and dreams of living on a farm with goats, chickens, pigs, and having another four or five kids. You can follow her adventures at www.littlelexadventures.com

Tips For Pumping Breast Milk At Home, At Work or On The Go

My Journey To Breastfeed NICU Twins 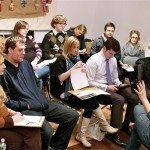