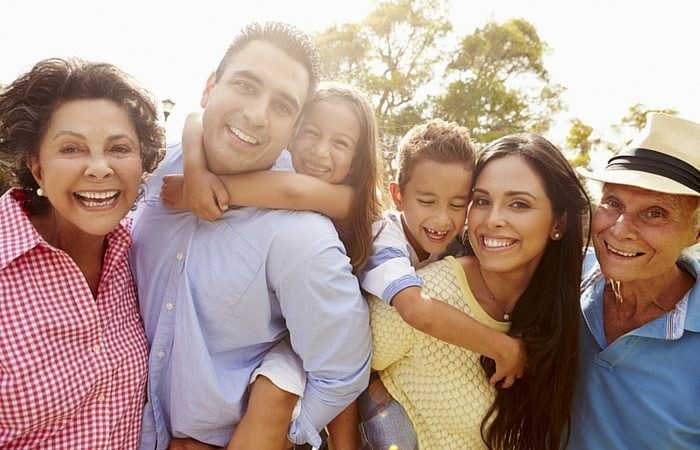 You’ve heard the saying, “When in a big city; one can become synonymous with being anonymous!” as cities have a reputation for being impersonal and cold. Sometimes this is true, but not for me. Here’s what happened when a neighborhood came together to help a growing family with no relatives or friends living nearby.

They say, “It takes a village,” a proverb meaning, it takes an entire community to raise a child. Our ‘village’ is comprised of neighbors, friends (including social media), and family. It all started with dive-bombing bees, dogs, cookies, a puppy, and, after years of trying-twins!

I had that ‘typical’ personality associated with city-slickers: fiercely independent, always on the go. Being born and raised in Queens, NY, I didn’t have a choice. Then, I met – “the One!” And, like in a fairytale, when things were bleak, I was swept away and brought to a far off land….at least that’s how my family saw it. But, I’m getting ahead of myself. 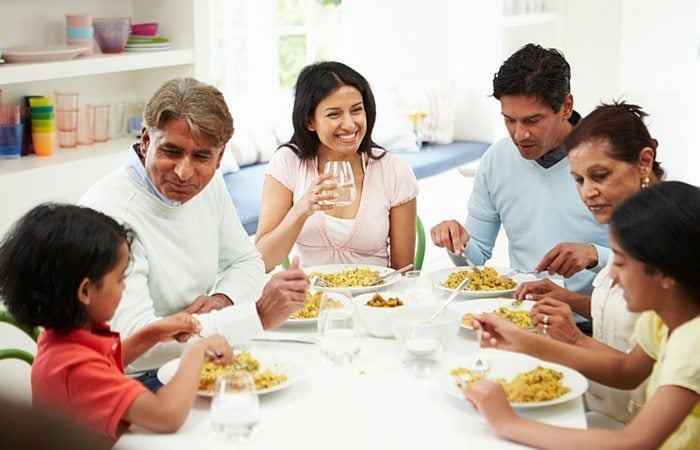 I grew up in that large, extended family. The type you hear about with big Sunday dinners, Friday movie nights, and sleepovers. But, time changes everything; everyone moved away leaving just Mom and me in Queens. Due to her ailing health, we planned to live together. Around this time, I met “The One!” who tried to help us move to New Jersey. But, that fell through when she became ill and needed 24 hr. care. Ultimately, my boyfriend at the time asked me to move in with him, but my family didn’t approve. To them, moving to New Jersey was like going to the moon. I was 30, my proverbial clock was ticking! Rather than become a spinster knitting in a rocking chair with only cats for company, I picked up, moved and never looked back! The price? Working and living between two states was taxing and no one would visit; I was isolated.

Yes, time changes everything. A few years later, Mom passed away, I graduated college, got promoted, developed spinal stenosis and had surgery. So, I started over with new goals: dance at my wedding and start a family. I got married, (yes, I danced), landed work in New Jersey, and moved.

Things were improving but it seemed all I did was work, come home, and repeat. I didn’t realize this when I worked in NY. I never had time to myself or learned to drive. I was hoping to make friends with our new landlady, but she was a loner.

Then a bizarre event changed everything. Walking home from work, I swiped my face thinking my hair stirred. Mistake! It was a bee who returned with friends. I covered my face with a book and ran, almost crashing into a man and his dog. With the bees dive-bombing me, all I could do was apologize and run home. I laughed at myself and assumed the man probably thought I was nuts. 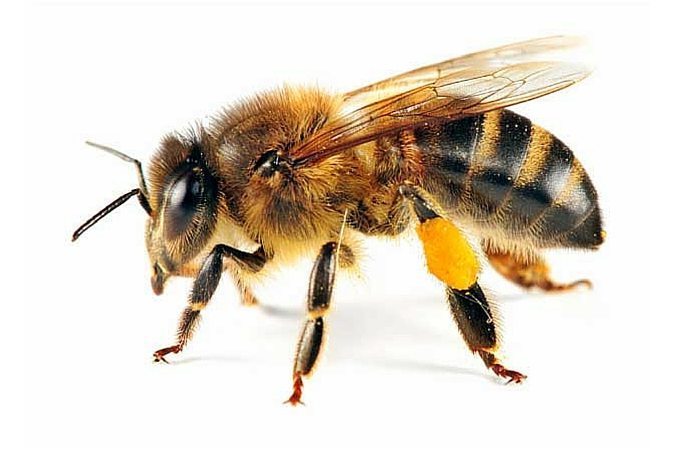 Maybe I am nuts because I swore those bees had a warrant out for me. Even when raining, my “friends” would visit under my umbrella frequently. So, I found a new route, which proved serendipitous. First, I met two sweet dogs, and their owner, the local Chiropractor (who treated me 2 yrs. later). That spring, I was greeted by a Greyhound, and had a chance to catch up with the owner. We ended up becoming neighbors when my house was sold and a rental became available on the same block.

But by Winter, I was feeling lonely, until the day after a big snowstorm. I mistakenly purchased two buckets of cookie dough from my co-worker’s daughter; yes, buckets! So, we had fun shoveling, baking, and delivering cookies to our neighbors.

That Summer, our lives changed! We adopted a puppy. We made many two and four-legged friends, even the man who saw me running from the bees. I started working from home. Thanks to my pup, I had customers. Some of my work involves using Social Media, which has helped me make amazing connections including Twiniversity! You can say I have physical and virtual “villages.”

Within this time, we started family planning. You can imagine what happened when we announced that we were pregnant with twins! Once the dust of excitement settled, there was the question, ‘how are we going to manage with everyone so far away?’ But, we had more support than we realized. Offers of help started coming in, from getting the apartment ready to guests arriving with gifts. My Mother-In-Law surprised us with a baby shower; even those who thought I moved to the moon attended.

My Village allowed for emergency contingencies too. During a bad winter, a neighbor gave me her number while I was walking my dog, (ok, waddling). I was stunned because she had her own pregnant daughter to assist. I asked others too (not easy for me), and got my license (yes, all three of us).

As it turned out, we didn’t need the cavalry, or test my driving skills on the ice. At week 33, I was admitted from the doctor’s office to the hospital for 24-hr monitoring. Once we reached out to the “village”, our pets were boarded by the Vet, my friend the Chiropractor delivered X-rays to my Husband (needed for the C-section to avoid my spinal fusion) and everyone prayed for us.

At this scary time, we found solace in the most unlikely place, the hospital. The staff was remarkable. The nurses and I became friends (we reunited them with the twins recently). A Resident stuck by to help with the stress of the fluctuating updates, which varied from promising to grim. He kept my spirits up as we chatted about my fur-babies and that my pup’s birthday was coming up. At that time a Cord Blood Registry Representative told me about Twiniversity, while discussing support for families with multiples.

It was week 34, 2 days when the Resident announced, “I hope your pup doesn’t mind sharing her birthday, because today is the day!” Within a few hours, he helped deliver my boys, and assured me they were born in the right order, baby A: Matthew and baby B: Andrew. Divine intervention for sure!

Once the babies were home, there was no shortage of visitors who brought food, gear, a CD for colic, etc.. We weren’t going to stop anyone who shared our joy and from taking in that new baby smell times 2. And, this winter, after a snowstorm, a neighbor brought a plate of, yes, you guessed it – Cookies! 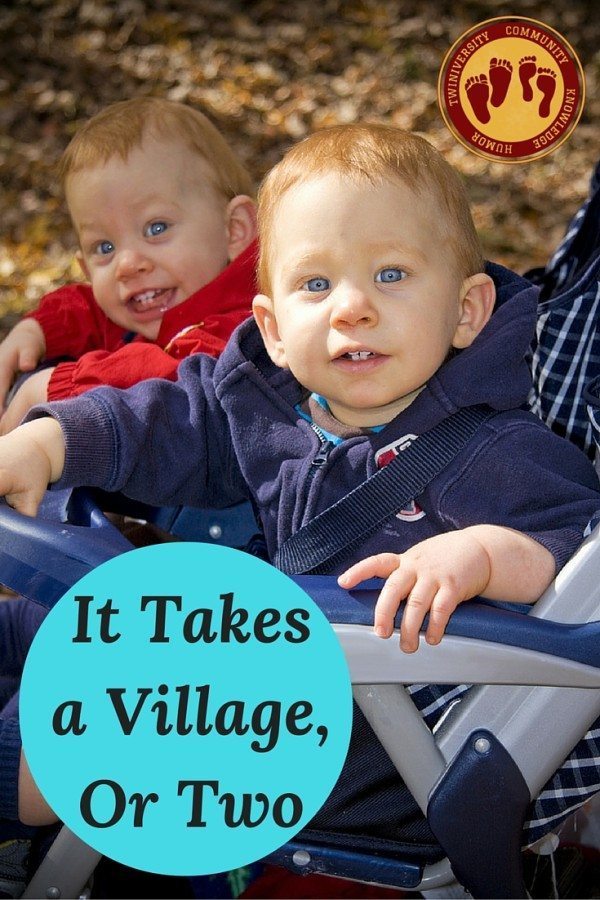 Our lives are very different now. We’re not alone and we are so grateful for the support we’ve received. We have been blessed and will never settle for anonymity. We owe it to our growing family and sweet new ‘village’ members, Matthew and Andrew.

“Home is where the heart is!” This is also true for your village. If you find yourself in a faraway place, even as far as the moon! Remember, it’s not about material things or ego. It’s about friendship, caring, getting involved and paying it forward.

As you can see, it takes a village, which can start with you! Or, as in my case, with dogs, twins, cookies and dive-bombing bees! 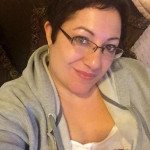 Lorraine Conforti is a proud new mom of twin boys and pet-parent of two cats and a dog. Being both conservative and artistic, she describes herself as “a little bit country and a little bit rock and roll.” She enjoys the arts, music, writing, and had performed in a Blues/Rock band with her Husband for several years. She is also passionate about health and fitness and has held certifications for nutrition and Personal Training, and has earned a BS Degree in Healthcare Management.

How My Mothers Of Twins Club Has Enhanced My Life

How To Say “Yes Please”, Accepting Help When It’s Offered