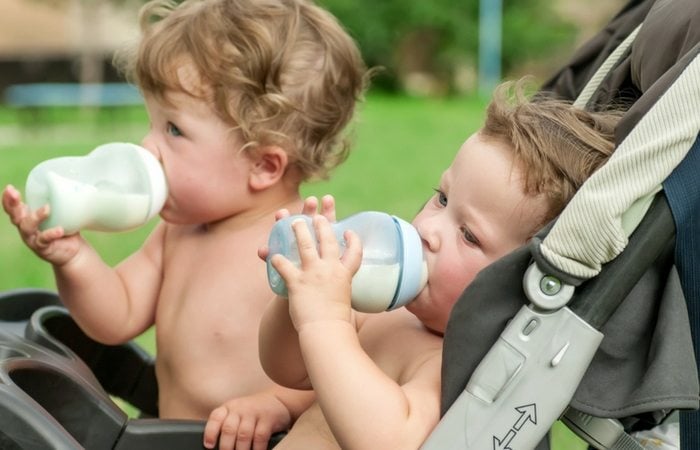 I need ideas on how to introduce cow milk to my twins now that they are 1 year old. I’ve tried a number of different things, but they are just not interested and throw their bottle! Help!

– We switched gradually. We added some cow milk to the formula. Pediatrician recommended this so it wouldn’t be a hard transition to their digestive system as well.

– We made the switch at 12 months, when we switched from bottles to sippy cups. At first we had to warm the milk a little for one of our twins; the other willingly drank it cold. Within a week or two, the finicky twin was gradually weaned off warming up the milk. I think it helped that we switched from bottles to cups at the same time. That way they learned to expect that the cup would have milk (instead of formula).

– One week before they turned one, we switched “cold-turkey” to just cow milk following our pediatrician’s advice. It worked great for us!!

– First, I got them to drink cold formula. Then I substituted a few ounces of milk in each bottle until it was 100% milk over the course of two weeks.

– I would give breast milk or formula at the normal times, then started taking away feedings. I would give them a cup of milk at their solid food meal. Then they slowly weaned from their bottle and just had cows milk during meals. This way they never noticed that I was replacing their formula or breast milk with cows milk. It just was part of their meal. 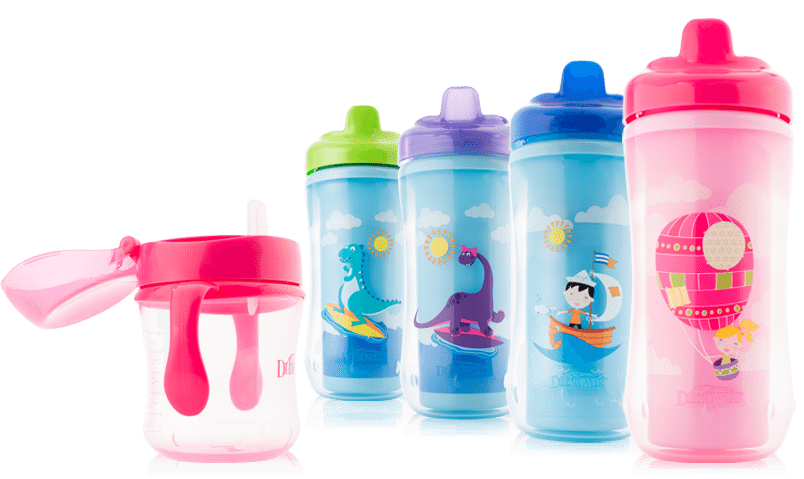 – We made the switch at 12 months. One twin took it right away and the other threw the bottle. I then decided to mix formula in. Half formula and half cows milk. Everyday I gradually reduced formula. At end of the week it was all cows milk and she took it no prob.

– I started at 12 months, an ounce at a time for a week each. So, for an eight ounce bottle it would be seven ounces formula and one ounce milk for a week, then six/two, five/three until totally transitioned. We had no issues with them liking it. (They just throw their bottles for kicks!)

– We gradually added cows milk to formula and slowly started going from warm to cold. We would heat the bottles less over time.

– Maybe try sippy cups. Don’t give up after one kids sometimes don’t like the first one you try. Soft tops, hard tops, straws. My kids didn’t like their milk in bottles, which made eliminating the bottle easy at 12 months! 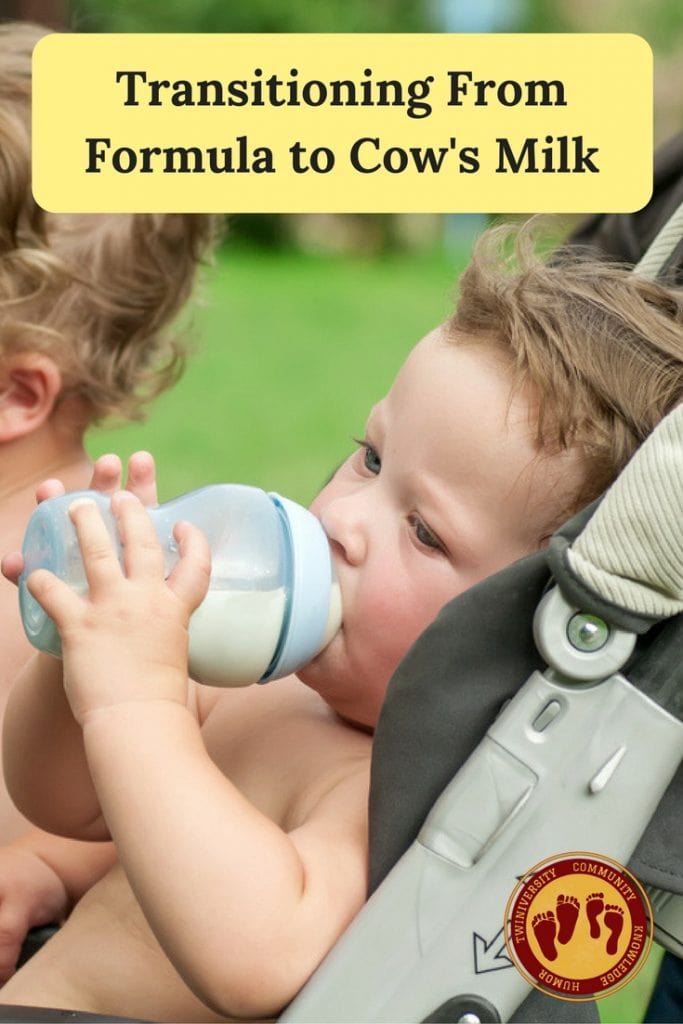 – I just slowly started adding milk to the formula and after several months they were completely switched.

– What I did with mine was start off with 1 oz of milk with 4 oz formula, after a few days go too 2oz milk, 4oz formula, keep increasing over a weeks time. Mine didn’t even seem to notice the change.

– Don’t give it to them in a bottle. Move them on to a sippy cup.

Weaning From Breastfeeding to Sippy Cups at Age 1

The Quest for The Perfect Sippy Cup

When to Stop Breastfeeding Twins