Home » 5 Realities of Being Pregnant Again After Twins 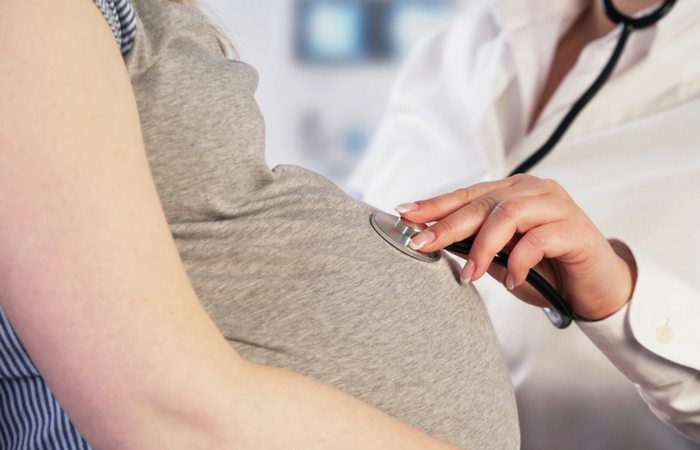 This is my second pregnancy. This time I’m having a singleton, after twins. I keep asking anyone taking an ultrasound to double-check because I’m bigger now at 4 months than when I was at 6 months with my twins.

If I dare mention this or any other new symptom to anyone, I’m told: “Oh yes, that always happens the second time around!” As if it’s common knowledge. I reply, “Really? Nobody told me!” Not that it would have made a difference, I’m overjoyed. In the meantime, I’ll share what I have learned so far!

Here are 5 things I learned about being pregnant after twins:

1. Every pregnancy is different

No joke! They aren’t kidding. For example, during my first pregnancy, I was able to wear regular clothes midway through my second trimester. This time I barely made it to eight weeks before I needed to make wardrobe adjustments, especially since I’m carrying lower, which I have learned is common too.

During my first trimester, I had to make an emergency run for maternity clothes because the holidays were approaching and I’m sure people would’ve been suspicious if I showed up with open pants and my belly sticking out, being that I hadn’t shared the good news yet.

Ouch! What a pain in the…. You name it, it hurts. And if it hurt the last time, it’ll most likely hurt sooner this time around.

Ok, I get it. I’m running after 20-month-old twins who are over 25 lbs and growing. But I was a fitness instructor and lifted weights in my former life, so I should be conditioned, right? Maybe, maybe not. I can tell you nothing knocks the wind out of your sails faster than the back, sides/round ligament, and pelvic pain you get while those pregnancy hormones kick in and loosen cartilage.

My advice, if you’re feeling strange pressures and pains, talk to your OB to rule out any problems. For extra belly support, use pregnancy belts/garments. If you’re able to exercise (ask your OB/GYN first) do exercises that strengthen your abs (core) and pelvis. Remember, bend at the knees!

With other children to chase after, especially if they’re younger, you’re probably feeling more fatigued than ever. Supermom, I have news for you: You need an extra hand or two, whether it be for cleaning, chores, the kids, pets, etc. If possible, get help from a nanny, friends, relatives, church, mother’s helper, whatever fits your needs and budget.

Some agencies (online and/or in your neighborhood) have caregivers who help with additional chores and transportation. No matter whom you choose, it’s time to call in the cavalry and take a load off.

When possible, introduce new caregivers sooner than later to help with the transition when you need to be admitted into the hospital and give birth. Overall, it’s time to put those swollen feet up (my feet already are) and take a power nap!

This is a fun one: If you pay attention, you just may feel faint little flutters very early on. Yes, that is your new baby saying hello. It’s called “quickening” and this time you’ll may recognize the movement sooner. Now that definitely helps put everything into perspective, doesn’t it?

5. Talk to your doctor

It’s extremely important to talk to your obstetrician about any complications you had during your last pregnancy, as well as current medications you’re on and symptoms you’re having. No topic is off the table; talk about any concern (i.e. incontinence, nutrition, sudden clumsiness, sciatica, if you’re still breastfeeding–if/when to stop, varicose veins, heartburn, constipation, etc.) so that he/she can manage your case properly. Ask for a list of what foods/drinks to avoid. Things may have changed since your last pregnancy.

It may also be necessary to repeat a lot of the tests you took during your first pregnancy and depending on your situation you may be referred to a Perinatal Group.

Of course this time around, you may be older by a year or more, so don’t be concerned or insulted if you happen to see “Advanced Maternal Age (AMA)” flagged on your chart with your age written blaringly next to the note (thanks doc!) Just know that you’re giving your new baby the best care possible.

Bottom line: if you had certain symptoms before, you may or may not have them again. If you do, they may appear earlier. So be prepared, get those maternity clothes and pillows out of storage, stock up on panty shields, lotions, potions, Tums and anything else you had in your arsenal the first time around. Remember, it’s always best to err on the side of caution and maintain a full dialogue with your healthcare team.

In the meantime, eat healthy and educate yourself on foods, drinks, and products to avoid. Also, rest when you can, put those feet up, keep taking those prenatal vitamins and drink plenty of water. Best wishes for a happy healthy pregnancy!

Lorraine Conforti is a proud mom of twin boys and pet-parent of two cats and a dog. Being both conservative and artistic, she describes herself as “a little bit country and a little bit rock and roll.” She enjoys the arts, music, writing, and had performed in a Blues/Rock band with her Husband for several years. She is also passionate about health and fitness and has held certifications for nutrition and Personal Training, and has earned a BS Degree in Healthcare Management.