Home » Dealing With Competition and Jealousy Between Twins 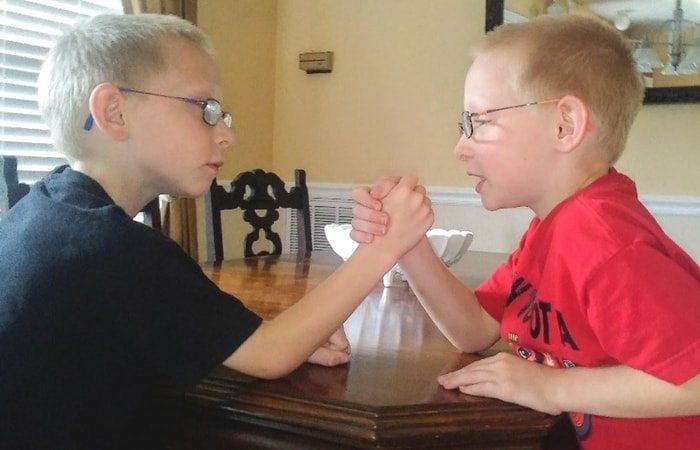 You’ve heard the phrase “healthy competition” and I guess it can at times be healthy; causing us to try harder, put forth our best effort, and giving us the desire to succeed. Ingrained in us all is a desire at some level to be competitive or want to come out on top. For twins, I sense this desire could be stronger since they begin their lives having to share everything. For goodness sake, they share their mother’s body and sometimes the same egg before it splits. I know my sons began their competition in my womb, with their first clash being over space. I even have a video to prove it, where Baby B was pushing and kicking Baby A, who was fiercely guarding his head with his arm.

Fast forward to today, and the competition between our boys is undeniable. They recently started first grade and their competitiveness has kicked into overdrive. One of my sons frequently asks if he did better than his brother in just about everything from school work to chores around the house. Everything has become a contest, from who can do the most jumping jacks to who can get naked first for the bath, and then there is who can do the most jumping jacks while naked. The challenges never end.

Meanwhile, there is the issue of jealousy between them. The definition of jealousy is an unhappy or angry feeling of wanting to have what someone else has. If you think about this definition, you would probably agree that jealousy is not a good emotion. Unfortunately, it is one that we have all experienced at some point in life and will probably experience again. It is an emotion that can be tricky to work through, especially for a young child. Yet, teaching them to do so is vital so it doesn’t grow and become the big green-eyed monster we’ve all heard it referred to.

I realize with my sons having to share so much, jealousy can periodically become an issue. There are times they become jealous of the attention I may be spending on the other, especially if one is sick. They have also encountered feelings of jealousy over accomplishments or accolades the other has received. 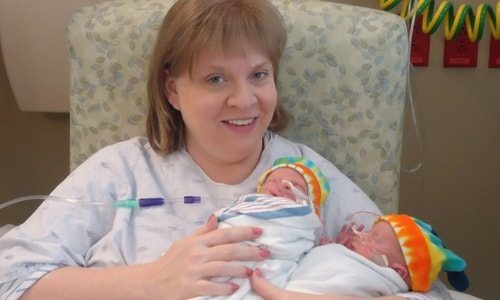 The origin of some of the competition and jealousy may initially stem from the fact that a lot of people immediately feel the need to compare twins with each other. It can also be very common for others to lump them together as one unit instead of two separate people. For the most part, this does not greatly upset me, when it involves people who are mere acquaintances and not around them enough to learn their differences. However, when someone is around them a great deal but doesn’t make the effort to know them as two separate individuals it does get under my skin a bit. I’m still working on communicating this to others in a way that my polite nature will allow and always welcome feedback or suggestions from other parents with experience on this topic.

I will also be honest and admit, I have been guilty of exploiting competition between my sons to get them to do things. For example, motivating them to get ready for bed can sometimes be a long drawn out process. I pitted them against each other to see who could get ready for bed the fastest because I wanted to go to bed myself. This was selfish on my part and not something I’m proud of. I’m just trying to be real, and I promise I am working on that.

I doubt there is any sibling relationship which has never encountered a little bit of rivalry. However, when it comes to twins, sibling rivalry is a little different. As a parent, you can’t say, “You’ll get better at that when you are your brother’s age” or “You’ll learn that when you reach the grade your sister is in.” Because they are the same age and most likely in the same grade, twin parents are required to be a little more creative in our responses. 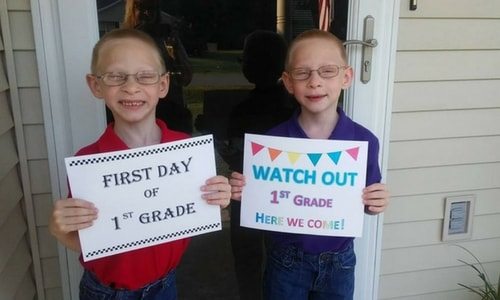 How we do it

I will share what we attempt to do in our house (and I say attempt because there are many times we fail). We don’t discourage one from being better than the other at something, instead, we persuade against being boastful. We like to encourage the boys to celebrate each other’s accomplishments and those of others, even when they may feel sad about not doing so well themselves. It is not an easy concept for a young child to learn, but it will be even harder for them to learn as an adult.  So, it’s best to start young since there is always going to be someone better than you at something.

My husband and I also use these opportunities to help them and us discover their uniqueness and diverse talents. It is important to find the strengths in each child, and amplify those while at the same time supporting them in the areas where they struggle. It can sometimes be difficult to find the harmony and balance as a parent  Because you certainly don’t want to detract from one child’s accomplishments, but you also don’t want to make another child feel “less than” because they didn’t do as well.

Last year, both boys made the honor roll during the first semester; however, only one made it the next two semesters. Ribbons were given out to those who made the list. When one son came home with a ribbon and the other didn’t, I initially wanted to comfort the one who didn’t receive a ribbon and make him feel better, but I knew I must go a different route. I used this occasion to explain the feelings of disappointment and what we can do to remedy that. We looked at his grades and determined which subject needed attention. Then we figured out what needed to be worked on and began the process of perfecting it. By the end of the school year, he had improved so much that he received the student of the month award for his diligence.

There are times where it may be best to give praise in private, which is how we handled the honor roll ribbon. In a one on one scenario, the child not only receives recognition for their achievement but much needed special time with their parent. It also helps to eliminate feelings of jealousy for the other. It is sometimes difficult for us to give undivided attention to each child, but it is important to make the effort to do so, even if it’s just a few minutes each day. 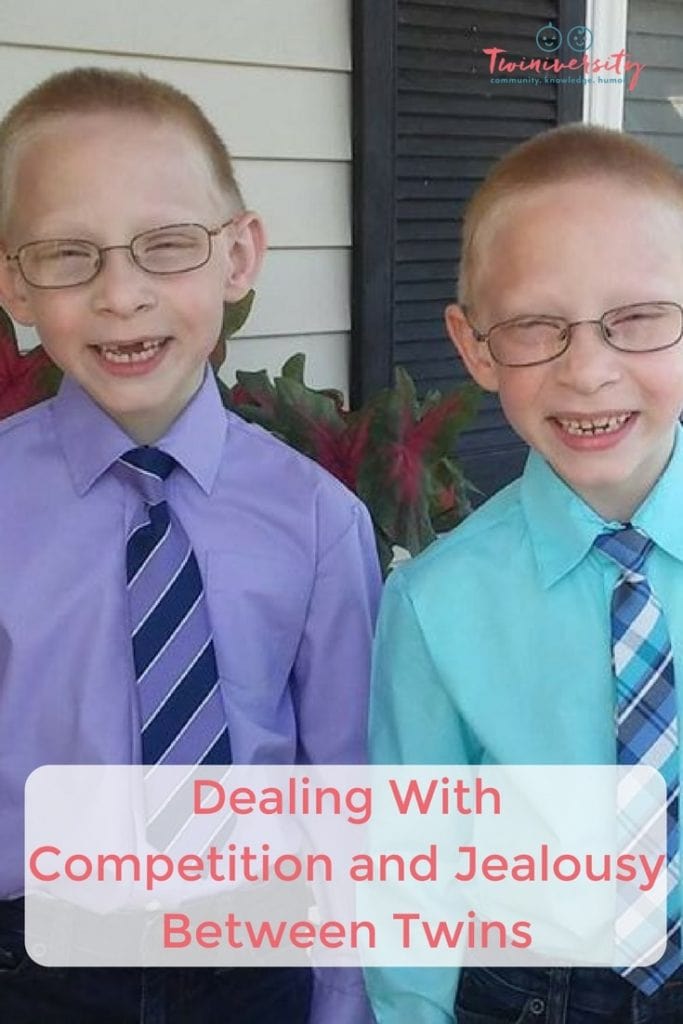 The moral of the story is, encouraging our children in their area(s) of interest and what they excel in are very important, while making certain to realize their differences as two distinct human beings. For your friends and relatives, it may not always be easy to not look at them as “the twins”, but it is important to encourage others to see them individually. It is vital to nurture their bond as twins without causing them to compete against each other. They need to know they are each unique and wonderfully made in their own way. 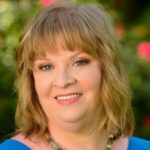 Christy Moss is an author, poet, and blogger, as well as a full-time working wife and mother to identical twin boys.  Her heart is to encourage other moms through the different seasons of motherhood, which led her to author, Seasons of a Mom’s Life.  In her spare time, she can be found writing, painting or watching movies with her boys.  She would love for you to follow her on Facebook or her blog www.mommypoet.com.

5 Tips to Deal With Twins Fighting

5 Tips to Help Your Twins Be Best Friends

How to Keep Twins From Fighting