Home » Finding the Strength to Accept a C-Section 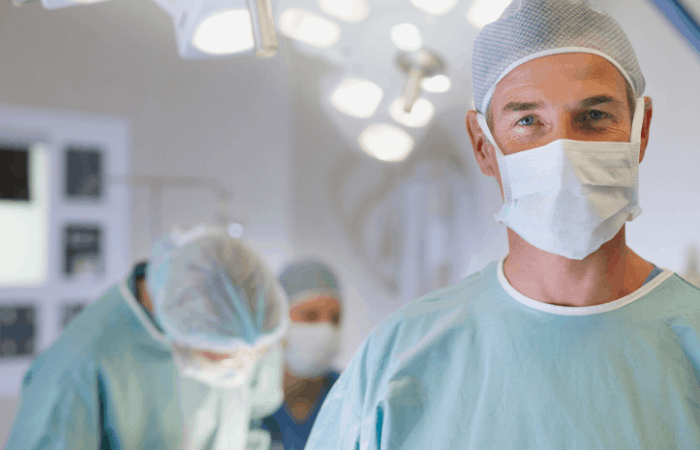 At the first glimpse of those two flickering specks on the ultrasound screen, my mind took off in a million directions. Along with the elation that two precious babies were growing inside of me, thoughts flashed before my mind’s eye in succession like a series of billboard signs on an interstate. Honestly, my first thought was my jeans. I had just bought them; I had just lost those last few lingering pounds of baby weight from my last pregnancy. With the realization that I was going to grow to proportions my body had never before known, I worried I’d never fit in those jeans again. Other thoughts flooded my mind, like the fact that we’d need a new vehicle, and that I’d just given away every last bit of our baby things. But amidst the thoughts flashing through my mind, one fear in particular stood out and proceeded to haunt me for the remainder of my pregnancy: would I have to have a c-section? 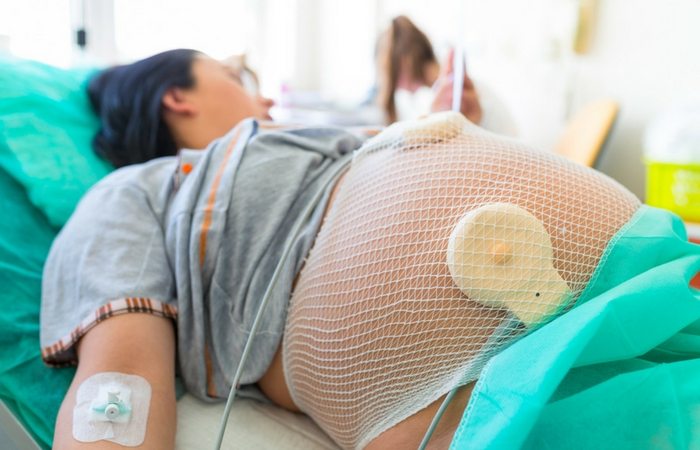 There were a few reasons I felt I needed to absolutely not have a c-section. One was that I was terrified of needles, knives, operating rooms, and situations in which I was completely out of control. Also, I had already had four beautiful, vaginal singleton births; births which I had fought through hours of excruciating pain to accomplish, in which I had proven doctors wrong who said it was impossible for a woman my size to have a baby any bigger than my first baby’s 7 lb. 6 oz. size (I went on to have two singletons weighing over 10 lb. and one weighing over 9 lb.) I was a person who used words like midwife and birthing balls, evening primrose oil and water birth. I was a natural childbirth enthusiast who got a little carried away with her passions sometimes (read: you did not want to get in a conversation with me about inductions). I reveled in the primal dormant female strength that giving birth brought out in me. Childbirth had changed me and had empowered me. Those first few moments with each of my babies had been pure magic. And I saw natural childbirth as the ultimate ideal. To me, it was sacred.

C-sections, on the other hand, seemed to be everything contrary to natural childbirth: Cold and sterile instead of warm and natural, they were perpetuated by doubt in the mother’s capabilities. They suggested something was broken in a perfectly healthy woman equipped with everything necessary to bring her baby into the world on her own (her body). They were unnatural, the opposite of sacred. I knew c-sections were occasionally necessary, but I had my own prejudice against their routine use and I was determined to prove that just because a woman is having twins does not mean she automatically needs to have a c-section. If having one baby brought out a primal beast in me, well, then, watch out world, I was about to have twins! 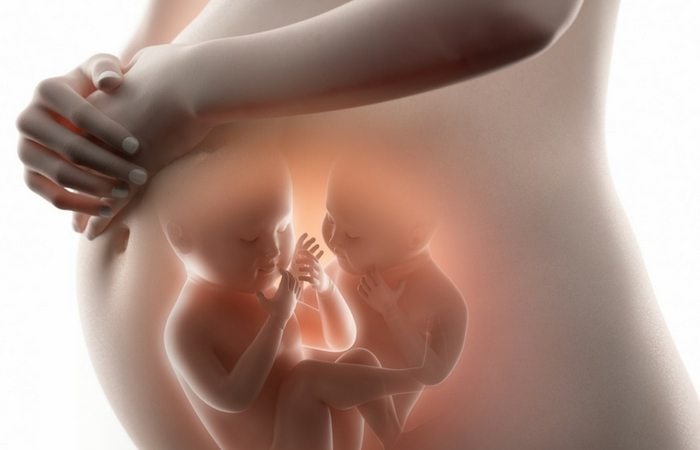 The thing about twin pregnancies is that nothing goes as planned. And as I watched my dreams of a natural childbirth slip further and further from my foreseeable future, I felt like I had failed. My body had failed to situate my twins in the right position. I had two breech babies and, being aware of the risks of trying to deliver them naturally, I was not willing to let my dreams of a natural birth put them in danger. Beast or no beast, my primary instinct was to protect my babies at all costs. Babies are born one time. This was the driving force behind my desire to make my babies’ births as magical, as natural as possible. But it soon became the driving force behind my desire to make their births as safe as possible.

At 37 weeks my twins had grown from tiny flickering specks into 7 lb. fetal sumo wrestlers, and I found myself being rushed to an emergency c-section with two babies who had both decided they were comfortable staying breech. No amount of flipping or flopping or standing on my head could get them to budge. While being prepped for surgery, although I was excited that I was about to meet my babies, I was devastated that their birth story would not look like I had dreamed. I knew I was strong because I had proven it before — I had brought 4 babies into this world — and yet that particular strength was not what my twins needed. They needed me to be strong, just like my other babies had, but they needed me to be strong in a different way. The strength this situation called for was the strength to let go. The strength to breathe, gasping through my anxious fears of surgery, and to lie down willingly, trembling on that operating table, waiting for the first cut that would bring my babies into the world. And that act just might have required more strength than any of my natural births did.

I was wheeled out of the hospital a few days later with a new bundle of joy in each arm and a brand new scar. Over the course of the first few months of life with my twins, that scar became one of my favorite parts of my body. I wasn’t able to push them out with my own strength. I wasn’t even awake when they were born. But that scar was proof that I was one strong, resilient mother, a fascinating visible reminder of how my twins came into this world. 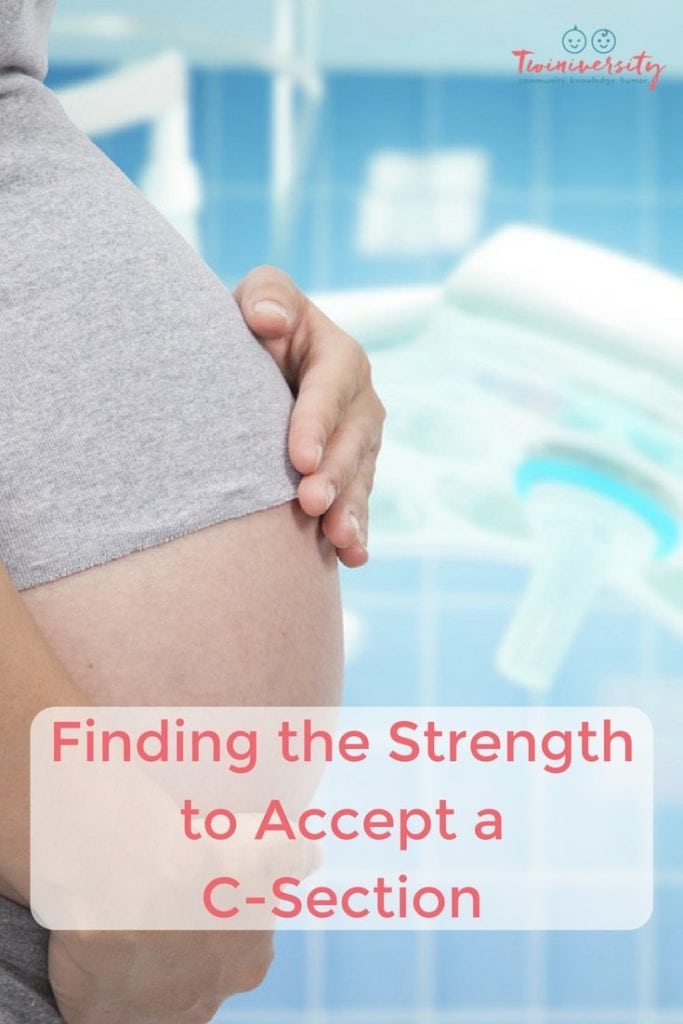 I’m still proud of my natural deliveries. I think about how knowing that strength is there, inside me, makes me brave and confident. And I’m every bit as proud of my c-section. I’m proud of the fact that I was able to sacrifice my ideals for the safety of my babies. And I’m glad for the life lesson that a mother isn’t strong because she gives birth a certain way. In fact, the details really don’t matter too much in the end. We do what we do because we’d do anything for our babies. And that is what makes us strong. 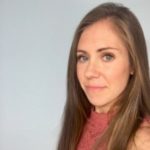 Natalie Downey is a stay at home mom to six rambunctious but lovable kids. Her two year old boy/girl twins were the surprise of her life and keep her on her toes. She gets by with lots of help from coffee and yoga and enjoys literature, spontaneous dance parties with her kids, and playing guitar.

Twin Pregnancy Stories to Get You Ready For Delivery