Home » Is There A Crib Divider For Twins? 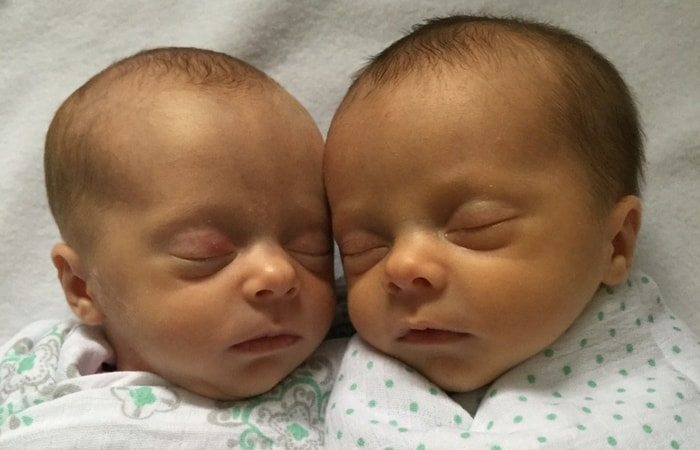 I am wondering if there is a crib divider or Pack n Play that’s safe to use if you don’t want to crib share, but don’t have space for multiple bassinets? 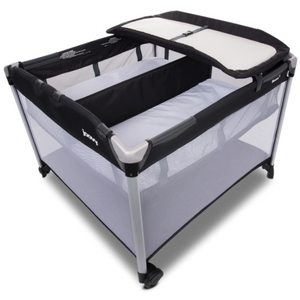 – We have the Joovy Room2 with Nursery Center add-on. It is worth every penny! ∼ SJG

– I used mini cribs. They slept together in one till almost 4 months. Then I separated them in their own. They slept in the crib since day 1. I used Halo sleep sacks so they wouldn’t kick each other. ∼ CCD

– There is a twin playpen called the Romp & Roost or you could get two travel size Pack n Plays. I used a regular sized Pack n Plays until about age 3. We added the Dream On Me mattresses for a more comfortable sleeping surface.        ∼ NL

– We put our twins in a regular crib and put them on opposite ends. Although, they eventually got to the point where they were wiggling over to get to one another to snuggle. They are almost 17 months old now and still sleep in the same crib together. They sleep better that way and we don’t have room for two cribs, so it works out. ∼ VL

– We put our twins in their own cribs from the day they each came home from the NICU. We slept on an air mattress on their floor until we were comfortable with having them in their won room alone! ∼ MMEH 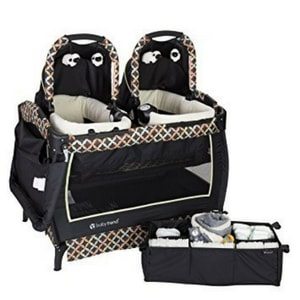 – I have the Baby Trend Twin Nursey Center. It’s nice but I wish I would have gotten mini cribs instead, just because that will train them for the crib environment. One of my twins has reflux so the mini crib that I eventually bought allowed me to elevate him. It made such a difference! ∼ SG

– We used the Pack and Play for my twin boys without any dividers for a few months in my room. Then we moved them to their cribs. They slept in the same crib for a few nights, then split them up. They needed their own space.     ∼ ADB

– I used a regular crib and put them on opposite ends. They were able to share a crib until almost 4 months old. Then they began to move too much. ∼ ES

– Mini Cribs! I loved ours with our twins. They take up so much less room. We used it until we transitioned them to twin beds. ∼ KRM

– Halo just came out with a twin bassinet! You should check it out and see if it would work for your needs. ∼ MNM

– Honestly, we went with mini cribs. They stayed together for as long as we could. They are now separated, and the mini cribs are great. They have been sleeping in them since day one. ∼ AK 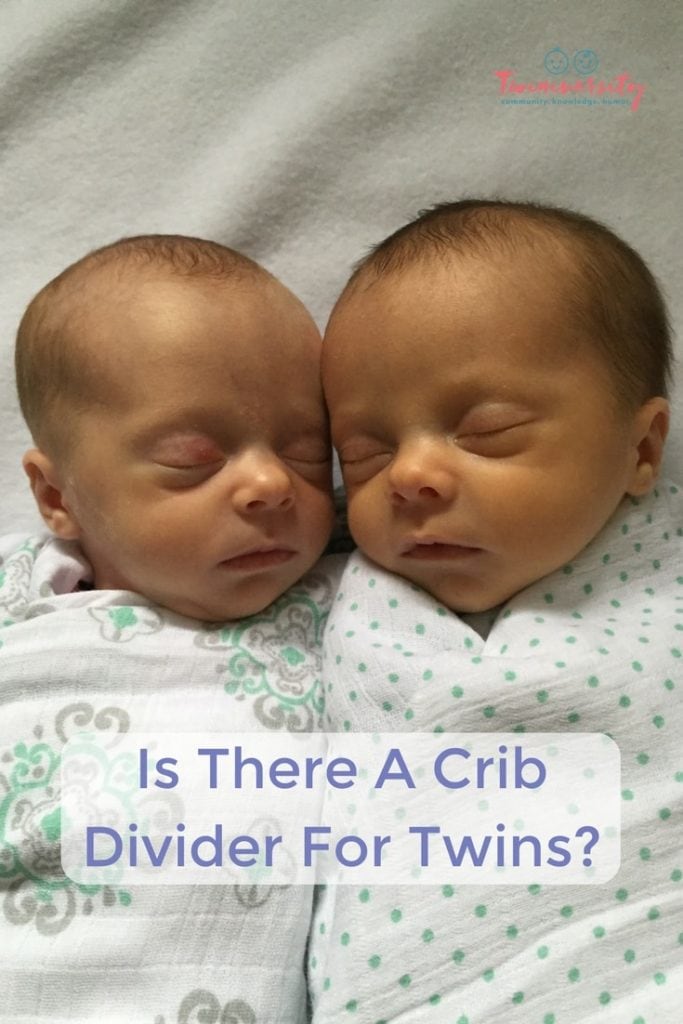 – We just used the regular pack n play with the bassinet level until they reached the weight limit. ∼ KSA

– We just used a regular pack n play with a mattress and laid them next to each other in swaddles. ∼ MC

– Honestly, we went with mini cribs. They stayed together for as long as we could. They are now separated, and the cribs are great. They have been sleeping in them since day one.  ∼ AK

– Whatever bassinet attachment you get, make sure you check the weight restriction! I used a Graco Pack and Play with my girls (the one with one single bassinet on top). They were over the weight limit by two weeks. Make sure to add their weights together! In my exhausted state, I didn’t realize this and the bassinet broke. We opted then for two separate bassinets, they stayed in them until 6 months and then into separate cribs. ∼ CM

6 Tips to Get Your Twins to Be Terrific Sleepers