Home » I Didn’t Bond with My Babies 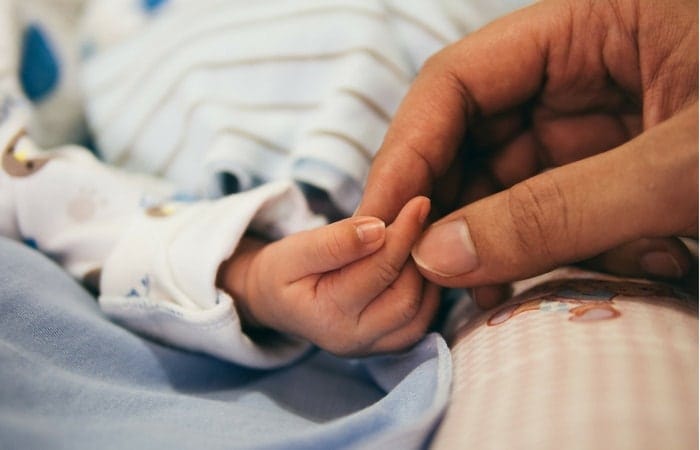 I have written extensively about motherhood. I have written about my pregnancy, my struggle to breastfeed, the guilt of being a working mom, the joys of raising boys, the humor in potty training, and horrors of sleep deprivation. I have celebrated my boys’ love of dirt and mud and their fondness for the color pink. I shared the times when I just didn’t feel good enough for them, or anyone, really.

When I went into labor at 34 weeks with Baby A and Baby B, on a ridiculously hot July morning, I knew there were going to be challenges ahead of them. I was scared for them. I was scared that, medically, they wouldn’t be strong enough. How long would they be in the NICU? Could I hold them close to me? Would they even know I was their mommy? I worried about the long-term implications of being preemie babies. How long would we need to calculate their adjusted age? When could we say they were normal kids? Would we ever be able to say they were “normal”? 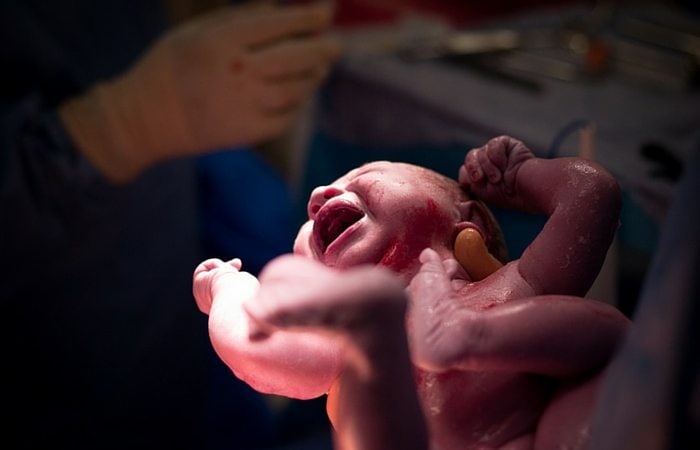 Baby A came out crying, bright red, and small but healthy looking. Baby B followed one minute later, not crying but bright red and healthy looking. He cried a few seconds later and I exhaled. I cried. We were all crying now! They were taken to the NICU and I was taken to a recovery room. As I shook uncontrollably from the pain medications, I asked everyone, “How are the boys? Are they ok?” No one really answered me. They all seemed very concerned about the side effects of my epidural. It left me shaking and fighting to speak. I didn’t care about that. I wasn’t in pain. I just wanted to know about my babies.

My husband finally came in. He had been with the boys and nursing staff in the NICU. Baby B, Ben, had fluid in his lungs, which is not uncommon for c-section babies. Ben would need a C-PAP machine for a little while to help him breathe. Baby A, Alex, was doing great. They were both over five pounds. The biggest babies in the NICU!

That is the last thing I remember for the next 24 hours. When I made my way down the three floors of the hospital to the NICU, I was made aware of all the other mothers who had full-term babies with them in their rooms. I could hear their cries, visitors’ laughter, and sweet sounds of new parents bonding with their healthy babies. That was not my reality. 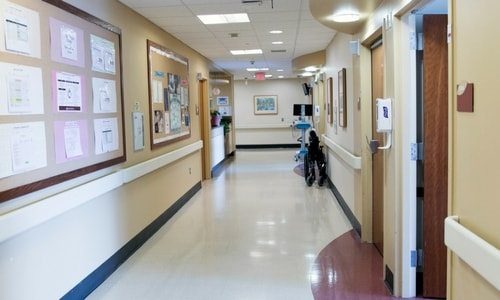 I walked down a quiet lonely hallway to the large double doors of the NICU. After showing the receptionist all my bracelets, I was allowed to walk into a washroom and scrub my hands and arms with soap, remove any jewelry I had on, and take a deep breath before finally getting to meet my babies; the babies most of my family had already met 24 hours before.

Each baby had a nurse assigned to him. Ben’s nurse walked me over to their beds. These were not my babies. These must be someone else’s. They looked sick. They looked tiny. Jason told me they were the biggest in the NICU. What is on Ben’s face? Why is he foaming at the mouth? Alex has no fat on him at all! She asked me if I wanted to hold them. I didn’t. I wanted to run and cry. Cry because I was a terrible person for thinking these things. Cry because I didn’t instantly feel love. I wanted to run. Luckily the staples in my stomach prevented that from happening. I certainly wasn’t starting this motherhood thing off like I had planned. I stuck my hand in the opening and felt Ben’s tiny finger. He had soft but wrinkly skin and long brittle fingernails. The C-PAP took up most of his face but I could see he had his father’s eyes. I looked over at Alex and saw a smaller version of Ben. I wouldn’t have thought it was possible unless I was standing right in between them. I could see his veins, but he was so awake and aware.

I spent the next three days in the hospital not really recovering from major surgery but trying to force myself to bond with my babies. I was constantly getting yelled at by the NICU staff to go back to my room and rest. I would show up at 3 am and want to hold them, rock them, anything to feel something other than fear. Fear that they were never going to look like my friend's babies; fear I was never going to bond with them; fear that I was never going to feel like their mother. My doctor told me I could stay another day in the hospital or I could go home. I chose to go home. I wasn’t helping anyone in the hospital. I already knew the babies would be there for another ten days, at least. 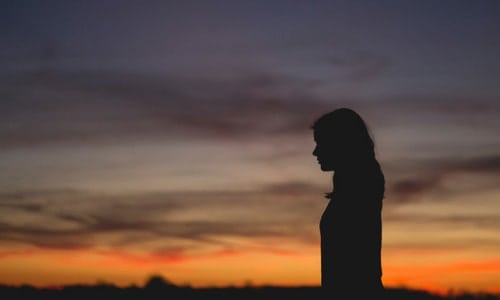 I came home with flowers, cards, presents, and so many well-wishes. I felt like a fraud. I chose to come home and leave my babies a day early. Good mothers don’t leave their premature babies. Good mothers stay with their babies until they are forced out. Not this mom. This mom said, get me the hell out.

Jason and I went every day to the NICU for about four hours each day. I couldn’t spend all day there. I was so angry with myself. Why couldn’t I bond with my babies? Why didn’t I love them like in the movies? I never read about these feelings on any blog or book when I was pregnant. In fact, I read that I would instantly feel that love and bond. But my babies were hooked up to machines and looked like aliens. I was scared to touch them. I wanted to put them back in my body until they were plump full-term babies like all of the other babies on my Facebook feed.

Five days turned into ten and on the 14th day, they told us we could take them home. Bring the car seats and we will pack their bags! Today is the big day! Alex left the hospital under five pounds and Ben weighed in just over five. They were tiny. We left the hospital in the pouring rain finally a family of four. I didn’t leave complete though. I stared at them and then stared some more. How was I ever going to do this? I had already convinced myself I was a failure. 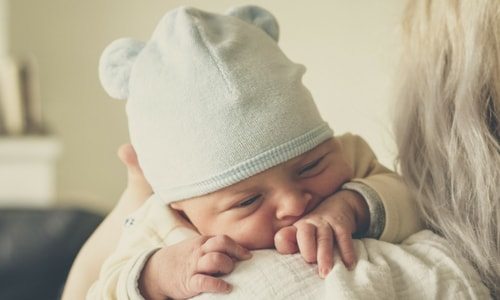 Over the next few months, I battled PPD, massive sleep deprivation, and the overwhelming feeling of being a fraud. The boys battled acid reflux, food intolerances, colic, and eczema. Collectively, we visited more doctors than I had been to in my entire life. There wasn’t a real moment to stop and bond. It was survival. I felt it. I knew it. I was hoping for the light at the end of the tunnel.

As I became more comfortable in my new role as a mom of twins, and our routine started to take shape, the crying started to lessen – for all of us. Their colic magically disappeared and their reflux was finally stable (they still vomited like the Exorcist but we were all used to it.) A stranger walked up to us and said, “Better you than me!” and I simply replied, “I am the luckiest.” At that moment I realized, it was going to be ok. I was going to be ok. My babies were going to be ok. 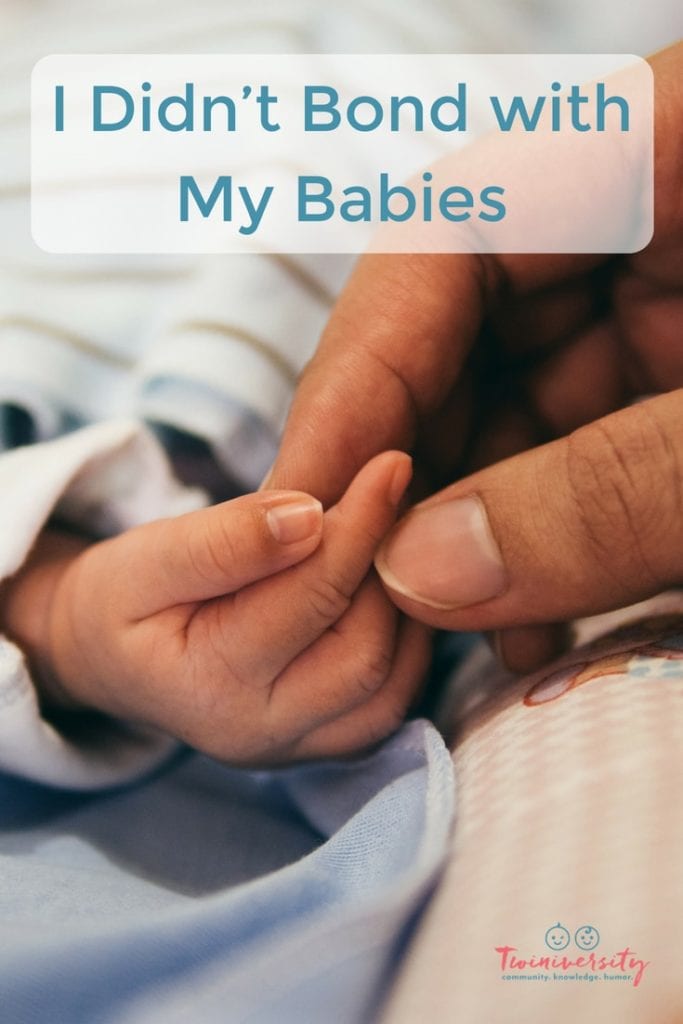 Our bonding continued from that point on. I wanted to share everything with them. It became my mission to raise smart, adventurous, kind boys. I wanted to share everything this amazing world has to offer and still keep them grounded. I started taking them on hikes in their double stroller, and down to the beach. Once they could walk we explored the forests and down by the marshes. We went to wildlife refuges and museums. People thought I was crazy. What could they possibly be getting from this? They were one, two, and three years old! It wasn’t always for them. It was a way, it was my way of bonding with my babies.

Six years later, they are my everything. We go on the best adventures. We have climbed mountains and explored old dirt roads. They always have an adventure bag packed and ready to go (it consists of monster trucks, mostly.) There is still screaming and crying, food allergies, eczema, and me losing my mind — but I am a damn good mother and they are damn good kids. 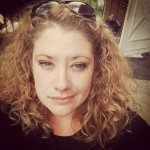 Laura Birks is a freelance writer and essayist. She lives in New Jersey with her twin boys, a dog, a couple of cats and a husband. When she’s not doling out medicine or cleaning up vomit, she is writing. Her house is in a constant state of disarray and the laundry is never put away. She likes to pretend she is superwoman but the truth is, she is a mere mortal with a messy house. Find her on Twitter, Instagram, and Pinterest.

Dealing With The Guilt of Being A NICU Mom

5 Things NOT to Say To Someone Experiencing Postpartum Depression

Separation and The Twin Bond