Home » What Was Your Worst Twin Pregnancy Symptom? 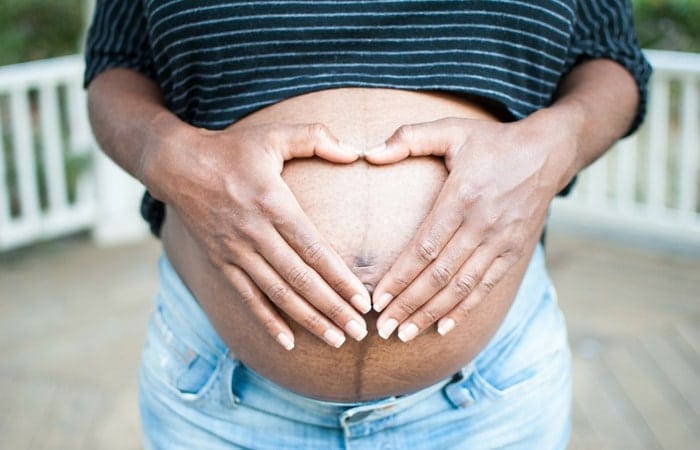 We recently asked our community “What was your worst twin pregnancy symptom?”

Here’s what our fans had to say:

– Acid reflux that would occur at night before I had the boys. I would wake up choking on stomach acid. It was so painful and scary. I had to sleep propped up for a month before I had them. ∼ SP

– Cholestasis, which is SEVERE itching for a few weeks leading to an early delivery so we avoided fetal injury (or even death). It was TERRIBLE! ∼ AW

– My Carpal Tunnel Syndrome was so extremely bad when I was pregnant. It lasted 24/7. Then towards the end the pain in my pelvis anytime I walked was horrible! I would do it all over again for these two angels though! ∼ MC

– Being stuffed up all the time was my worst twin pregnancy symptom. Had to use breathe right strips at night, due to snoring( that I have never done before or after pregnancy). ∼ ER

– The Braxton Hicks that felt like the real deal starting at 6 months and lasting for up to ten minutes at a time and the pressure was unreal. It was worth every bit of it though. ∼ AB

– Probably the last 10 weeks or so of feeling like all of my organs were being crushed (because they were) was my worst twin pregnancy symptom. ∼ NW

– My worst twin pregnancy symptom was having to pee CONSTANTLY. Even right after I peed I immediately felt like I had to go again. I had to get up about 15 times a night I think. Oh and restless leg syndrome too! But now I have these guys so I can’t complain too much. ∼ KFC

– The PUPPS rash was the absolute worst twin pregnancy symptom. I wouldn’t wish it upon anyone. Closely followed by the ridiculous swelling brought on by preeclampsia. ∼ MB

– I ended up getting cluster migraines when I was pregnant with my boys. One minute I would be fine, the next I was in tears because my head hurt so bad. The last month of my pregnancy I couldn’t get comfortable enough to sleep and sat on the floor crying because I was so tired. All I wanted to do was sleep. I couldn’t breathe. My twins were 7.6 and 6.7 lbs both 19 inches long. My lungs were compressed and I was miserable. ∼ RW

– I puked the entire pregnancy anywhere from 15-20 times a day. I needed a lot of IVs and a Zofran pump. I also lost a lot of weight. At 33 weeks Baby B started causing hairline fractures on ribs on my left side. That’s was pretty unpleasant. ∼ KA

– There can’t be only one worst twin pregnancy symptom! The pain of just moving, the no appetite, the constant nose bleeds and heartburn. The fear of going into labor too early and I’m sure many more that my mom brain can’t think of at the moment. But it is so worth it all! ∼ BP

– Vaginal swelling from all the pressure, that turned into huge painful swollen veins all over my vagina was my worst twin pregnancy symptom. Thankfully that subsided after I had them. IT WAS AWFUL! ∼ BS

– Sciatica was my worst twin pregnancy symptom. Couldn’t get comfortable and was in so much pain I would cry.  ∼PM

– Swelling in my mouth and throat where I have odd birthmarks to the point where I couldn’t eat or breathe was my worst twin pregnancy symptom. I tried everything. It finally got to the point where they decided on an emergency cesarean instead of a tracheotomy to let me breathe regularly for the remainder of my pregnancy. ∼ JF

– The extreme car sickness for the first 18 weeks was my worst twin pregnancy symptom. I carried a puke cup for driving around town. When that finished, I had back pain and BH contractions so badly from moving around I could only walk 20 feet or so at a time. After 30 weeks, I wasn’t allowed to go upstairs in my house. ∼ JH

– Meralgia paresthetica was my worst twin pregnancy symptom. Most intense nerve pain and the only thing I could take was Extra Strength Tylenol. Thankfully it only happened a few times. Mostly it would just cause numbness, which I still get if I lie on my left side. ∼ TBL

– I had a very weird twin pregnancy symptom. I couldn’t take a shower more than 5 minutes(always had to be nearly cold water too) or I would get super sick and vomit. Lasted from week 3 to week 35. ∼ MC

– Twin to Twin Transfusion Syndrome and preeclampsia were my worst twin pregnancy symptoms. I was lucky to have had a good doctor that diagnosed it on time and sent me to specialists in a different state to perform surgery. The scariest thing I have ever experienced. They were born at 32 weeks and they are now 15-month-old healthy babies. ∼ MR

– My gallbladder failed and it wasn’t discovered till after they were born that it was the problem. I thought I was dying for 7 months. ∼ AVW

– The passing out was the worst twin pregnancy symptom. If I didn’t do something about my blood pressure IMMEDIATELY I would vomit until I hit the ground unconscious. That lasted for six-seven months. It was AWFUL. ∼AR

– My worst twin pregnancy symptom was constant hunger. I would be starving and eat enough for two people then literally 5-10 minutes later I’d have hunger pains. I was ALWAYS hungry. ∼ JT

– Anemia was my worst twin pregnancy symptom. I was threatened with blood transfusions. But the most painful was sciatic nerve pain. I could only lay in one position sit for so long. ∼ HW

– Besides morning sickness and getting kidney stones, I would have to say just carrying them. I was huge and uncomfortably miserable! ∼ JL

– My sense of smell went through the roof, along with pretty bad morning sickness all day, every day. Going to grocery stores was the worst. ∼ JC

– The swelling and I was traumatized by postpartum hypertension. ∼ MH

– Having difficulty breathing was my worst twin pregnancy symptom. I felt like I could never get a deep enough breath. I’m kinda small so it was a lot of weight and pressure. ∼ BW

– I had no appetite, horrible rhinitis, and ended up with preeclampsia with 6 weeks to go. So my boys had a little NICU time. ∼ KR

– Round ligaments stretching and super sensitive belly skin, like it was going to burst open on the underside were the worst symptoms. ∼ JW

– The pressure on the nerve that runs down your hips. It causes the top of your thigh (from knee to hip) to go numb and lose sensation. ∼ JB

– The horrid pelvic separation was my worst twin pregnancy symptom. I couldn’t turn in bed or twist in a chair. Walking became an issue some of the time. ∼ MB

– Acephalgic Migraines making me lose my vision for a couple hours at random. Only ever happened to me during pregnancy. ∼ VC

– Severe pain walking, even before I found out I was having twins was my worst twin pregnancy symptom. I couldn’t make it 10 feet without wanting to cry. ∼ EB

– Broken rib at the start of my third trimester due to two transverse babies and an ill-timed sneeze was by-far the worst twin pregnancy symptom. ∼ JCH

– Jaw pain and gagging while brushing my teeth were the worst. ∼ LB

– Being thirsty even when drinking water. Which only made the fluid retention worse. ∼ VSW

– Restless leg syndrome and not being able to breathe very well towards the end. ∼ EWM

– Around 30 weeks I got Bursitis in my hip and ended up on crutches. It was very painful and hard to sleep. And being pregnant there was no prescription pain medication I could take. My girls are 16 months and I still have mild pain and weakness at times. ∼ LS

– Symphysis Pubis Dysfunction at 23 weeks was the worst twin pregnancy symptom for me. ∼ DA

– Having no motivation to do anything because I was tired! ∼ EB

10 Ways to Stay Comfortable During A Twin Pregnancy