Home » Coming Home from the Hospital Without My Twins 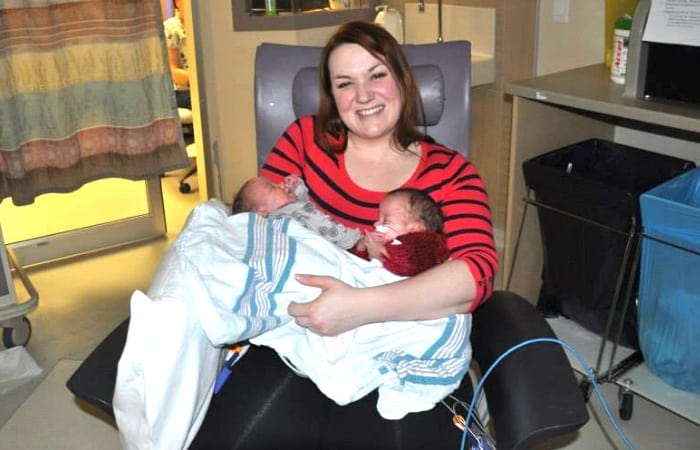 When I originally found out that I was having mono-mono twins (identical twins who share both a placenta and an amniotic sac) I was concerned about the C-section and then time in the NICU. I didn’t give too much thought to the idea of them being in the NICU and me being at home. But for 80 nights I blew them kisses and sang them songs and said goodnight to them, tucked into their isolettes, before heading home to have dinner with their two-year-old brother and spend the night with him.

The first night after I was discharged from the hospital following my C-section was challenging; I felt like my body had failed my girls, delivering them at 29 weeks and 5 days, instead of their scheduled date. I was sore and uncomfortable, healing physically from the C-section but also trying to process and heal emotionally from their births and them being in the NICU.

Logically, I knew they were in the best hands; they were safe and well cared for, but I felt as if I wasn’t really their parent at that moment. I felt at a loss for what to do next; I was a new mum of three, but only one of my kids was at home with me. I did feel that being present for my son at night was important, that I still made him dinner and asked about his day at daycare, read him stories and sang him songs, just like I had done hours before to his sisters in the hospital. Yet, once he was tucked into bed and fast asleep, I had trouble resting. I packed my lunch for the next day at the hospital, ran the laundry, pumped, sterilized, and then laid wide awake in bed, my hands on my stomach, wishing to feel the sweet flutters of two tiny babies inside.

Despite knowing that my girls were right where they should be, emotionally, I felt drained. I felt completely alone and isolated, I remember feeling that the walls in my tiny house were closing in even more.  I was exhausted; exhausted from my surgery, from recovery, from the hospital stay, and emotionally exhausted about the uncertainty about my new life. I felt disconnected from myself the first night; I hadn’t had time to process what was happening with their births, that they were coming even earlier than expected. I didn’t know how to explain it to myself really, let alone my son or anyone else who asked what went wrong. When faced with the anxiety of the unknown, when I felt like I had no more tears left, and when I momentarily thought of giving up, of getting under the covers and never coming back out, I thought of my son and my girls and how they needed me. And so from out of the covers I arose, and told myself to take it one day at a time, that there was no way to know what the future held, that there would be good and bad days, but that my children needed me, and the girls especially needed me to be strong as they grew stronger themselves.

When it was time to pump again, I strapped myself to the pump, and then called the hospital. I was connected with their nurse, who was just checking on them; she was able to talk to me while caring for them thanks to their technology system that hung from the lanyard around their neck. She talked me through changing them, feeding them, all while tears streamed down my face and I heard little grunts and groans from them. She reassured me that they were fine, well taken care of and that I could call anytime to talk with them. I said goodnight again to the girls, sterilized my pumping equipment, and stored my milk in the fridge to take with me the next day.

I still could not sleep, uncomfortable with my body and unsure how to parent twins in the NICU properly, unsure how to be present for all three of my kids, ensuring that my son also felt loved and supported and well cared for while I journeyed back and forth between the hospital and home, feeling incomplete without the girls there.

It took a couple days to get into a routine, but it did develop, and I started doing more with my twins; changing their diapers, helping with their feeds, participating in rounds. I would say goodnight to them and spend the evening with my son, but always called my daughters to listen to their gurgles as I pumped any milk I could for them. Every day became slightly easier; I knew the staff, the machines, the hospital life. Though, as we got closer to discharge, I started to fear that I could not handle it on my own, without the staff around to help me. And again, I reminded myself to take it one day at a time. That we would get through it in the best way we could.

And then, after 80 nights away from them, I brought them home to meet their big brother, and to experience life outside of the NICU for the first time. And even now, four and a half years later, I still love to listen to them sleeping in the night, knowing that they did have the best beginning they could.

Alyssa Keel has worked as a social worker in both Canada and the U.S. for several years. Living in Toronto, Alyssa is a single mum to a rambunctious six-year-old boy and amazing four-year-old identical twin girls, one of whom has Cerebral Palsy. During her high-risk mono-mono twin pregnancy, Alyssa began blogging, an extension of her love of writing. Alyssa loves taking photos and impromptu dance parties with her kids. Follow Alyssa and her family’s adventures at adventureswithmultiples.com

Dealing With The Guild of Being A NICU Mom

What to Ask When Your Twins Are in The NICU 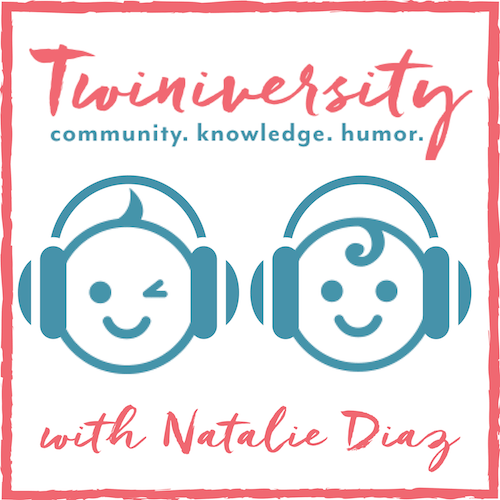 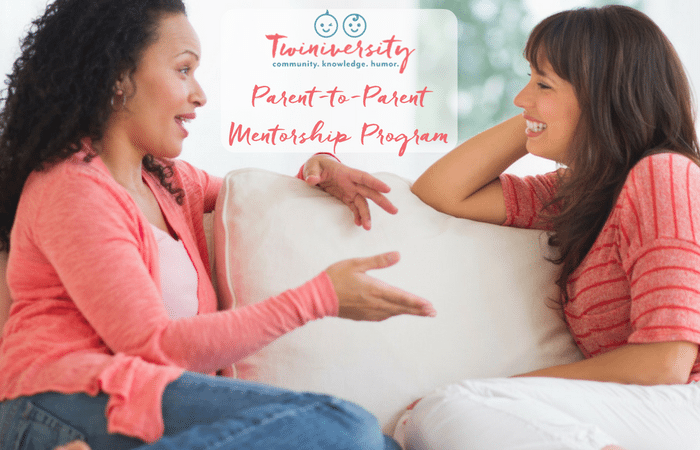