Home » When Should I Move Twins To Their Own Bedroom? 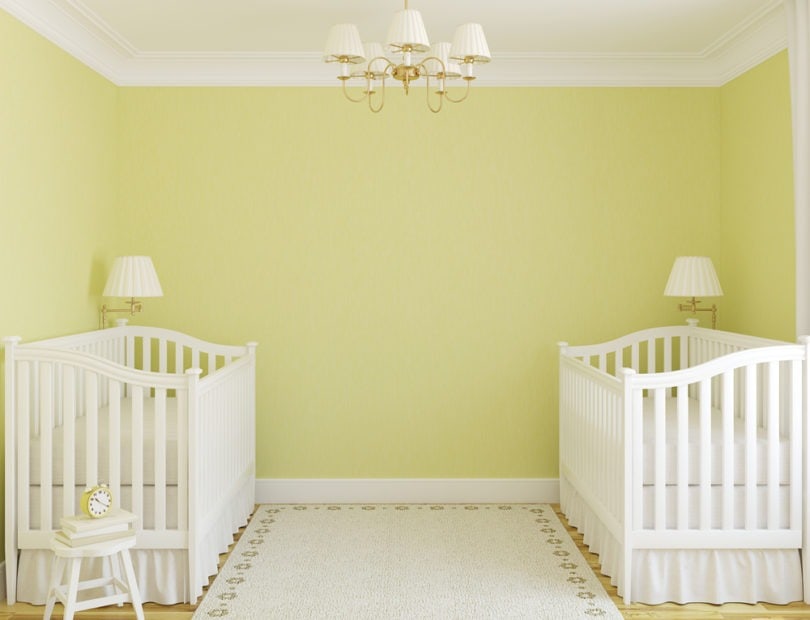 A mom of twins asks: “My twins are five months old and I just moved them in their own room (same crib.) I’m feeling a little guilty, and I’ve gotten some backlash that it’s too soon. What are everyone else’s thoughts?”

Here’s what our community had to say about it…

When Should I Move Twins To Their Own Bedroom?

Ours were in their own cribs in their own room from Day 1. We tried them for half a night in the pack n’play in our room one night and NONE of us slept. Do whatever works best for you! – Victoria M.

I actually wish I had moved mine earlier. I let guilt and what others said I should do dictate my decisions and it made my sleep and anxiety worse. – Jessie S.

I tried my guys in my room for exactly 1 night. It didn’t work for us. They sleep in their own cribs in their nursery but have to be able to see each other or they fuss. You have to do whatever works for you, and try your best not to feel guilty about it or let others get to you. – Vanessa S.

I tried to sleep with my guys in our room on the first night… barely slept. Second night, in the crib they went. – Kim S.

Ours lasted only a couple of nights in the pack and play but down the hall they went in their own crib and own room. Life was surely much better here as well. – Al G.

My guys shared a crib in a separate room their first day home. – Brooke M. 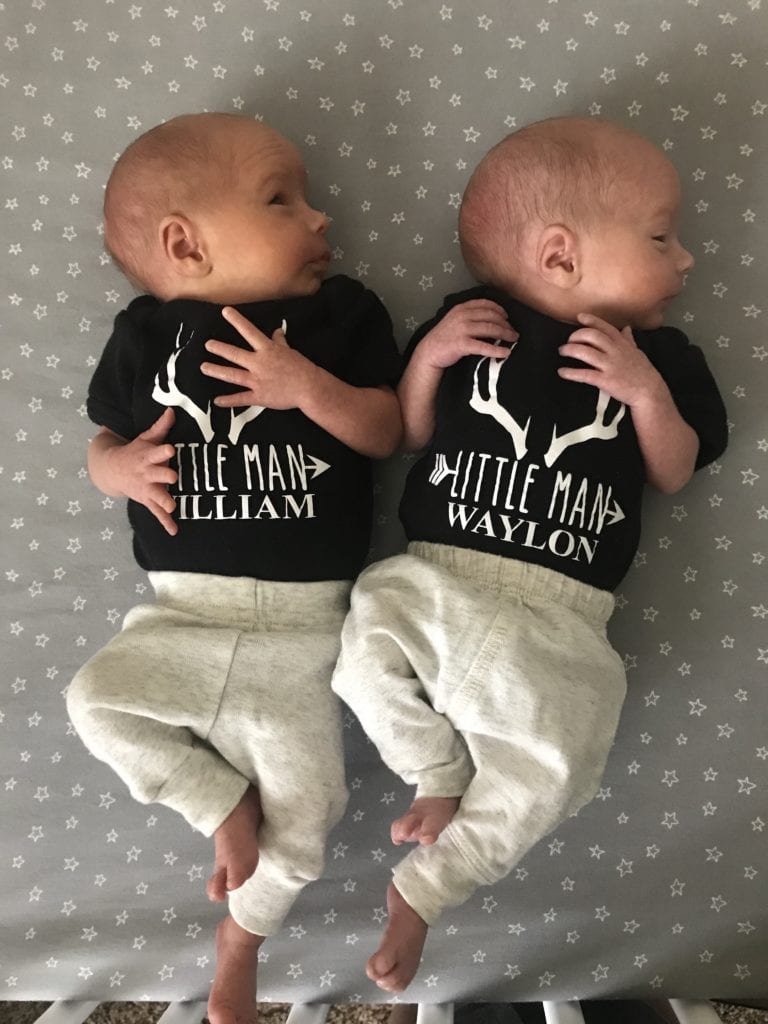 I think we did a night and a half in our room and then to their room in shared crib until they started rolling around and then separate cribs. – Michael G.

Same for ours – they got booted from our room to their own cribs after one night so we could all sleep better. They are great sleepers and seem to be well adjusted so far. ? – Teresa P.

The day we brought them home (they were full term and we went home 36 hours after they were born) they were in their own cribs in their own room. We did “shifts” (husband was “on” from 10 PM to 4 AM and I took 4 AM to Noon while he slept.) If they had been in our room, none of us would have ever gotten any sleep (including them). I’m not sure who says it’s too soon, but unless they have multiples, I’m not sure they can possibly understand. – Karen M.

Straight from their own beds in the NICU to their own room at home. No guilt, you have to do what works for you! Everyone will always have an opinion about everything…. – Mandie T.

Mine were never in the same room as me, but they stopped sharing a crib at 4 months old because they started moving around more. Learn to tune out critics because parenting is a constant “damned if you do, damned if you don’t” scenario. Make the wisest choice you can with the information you have and adjust as necessary, then turn to flip nay sayers the bird if necessary. – Traci R.

My boy/ girl twins spent their first night home in our bedroom.. that was it ? I was awake at every coo.. we put them in their room the next night, separate cribs (they slept in a swing and rock and play for the first 5 months) but have had zero issues with sleep, us as well. – Jamie S.

Ours moved into their room and separate cribs at about 5 months as well. Sleep is so so so so important…. Whatever is getting all of you enough sleep is what you do. You simply can’t take care of yourself or them if you aren’t sleeping. Sounds like you’re doing great. ♥️ – Liz T.

When mine were FOUR months old I put them both in their own beds in their own room. They would stay there until they woke up then it was back to my bed. Within a few weeks they were both sleeping for about 6 hours in their own bed. Don’t feel guilty. You need to sleep too!!! – Jen E. 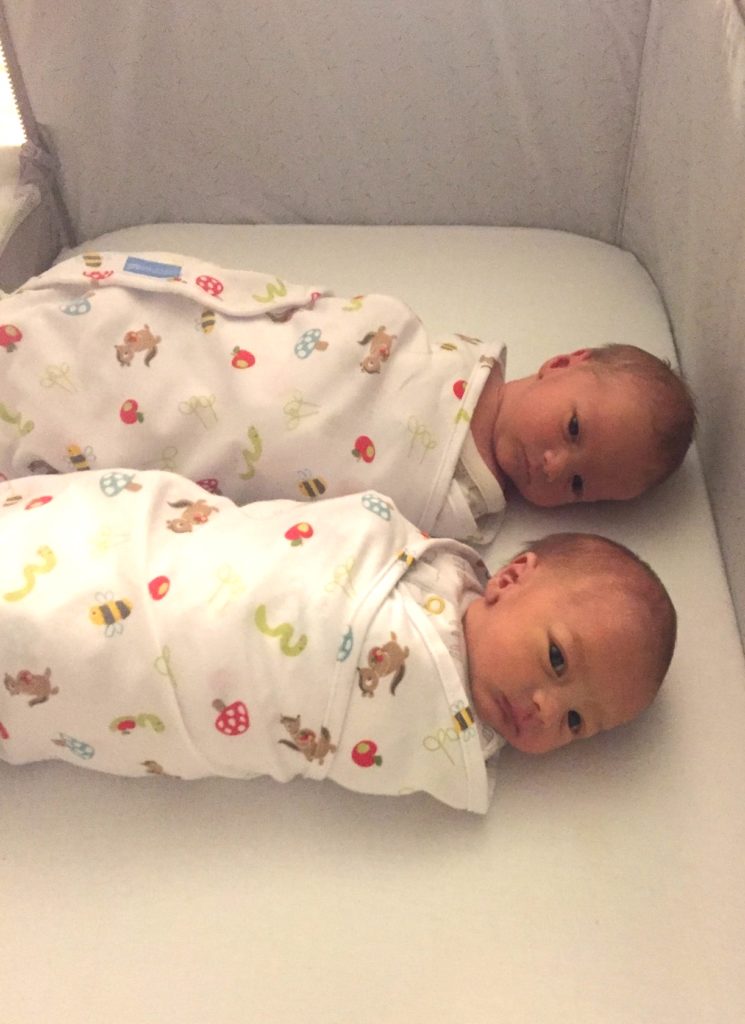 Don’t ever let anyone make you feel guilty! Do what works best for you and your family! All 3 of my kids (1 single and twins) slept in their own room from day 1, and were amazing sleepers. We had a video monitor so we went to their room anytime they needed us. I love my kids, but they make too many noises when they sleep, and mama needs sleep!!! 🙂 – Margo L.

We did at 6 months. One of our girls snores and is also a very light sleeper. If we didn’t move them we would have never slept! They were also in separate cribs so they’d sleep better. They are now 3 years old and doing awesome! – Becky C.

I moved out of the nursery at 5.5 months. My girls were in two bassinets until then. At that point, they went into their cribs. My husband and I sleep on a separate level and across the house. We do have a video monitor, which gives me peace of mind. – Kelli M.

Mine have been in their own room from day 1. They shared a crib for 4 months, now have their crib but share a room. Had no choice, no space in our room. They’ve been fine. – Samantha B.

Ours shared a crib from day 1, until just before 4 months old. We had to move them to separate cribs in same room because they were flipping themselves around and kicking each other. But do what is best for you & your situation. We had a monitor (non-camera) in their room so we could hear them. – Melissa V.

Everyone does things differently based on their schedules at home. My husband works swing shift and starting at two weeks old, we had ours in their bedroom but in separate cribs. So far it has worked nicely for us. They are currently 7 weeks old and sleeping really good at night. As the parents, do what you feel is right and works for you. Good luck! – Jamie S.

Mine went into their own room, separate cribs, at 8 weeks old! They are happy and healthy and great sleepers. And my husband and I slept SO much better when they were in their own room. I still heard every sound with the monitor and could be there within 5 seconds. My advice: do what works for you and your family. Tell others to mind their own business. So much judging other parenting choices, it is ridiculous. Unless you are purposely trying to hurt your children, no judgment here. – Jessie S.

Mine were in their own cribs in their shared bedroom when they were 1-1.5 months old. Like our oldest child, they slept so much better in their own environment without their LOUD snoring father in the room or the loud sleeping dogs. That first month they slept in the pack n play together in our room was a nightmare for me, since I had to keep kicking my husband when he would snore too loudly or tell my dogs to be quiet when they slept. No sleep whatsoever that whole month. ? – Taylor S.

Is There A Crib Divider For Twins?

What NOT To Do When Designing Your Twins’ Nursery 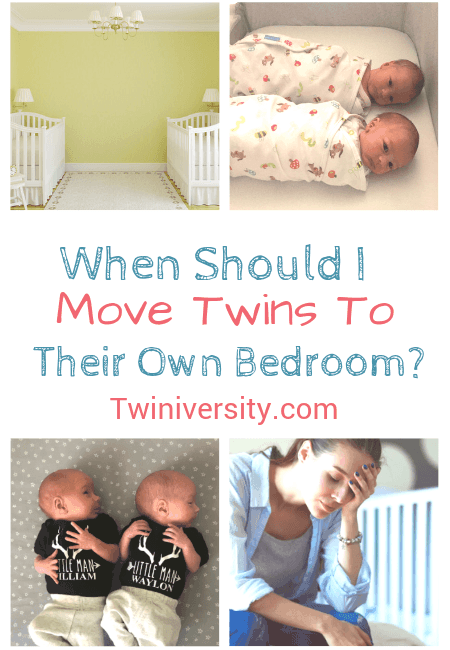