Home » I Worried About Bonding with my Newborn Twins 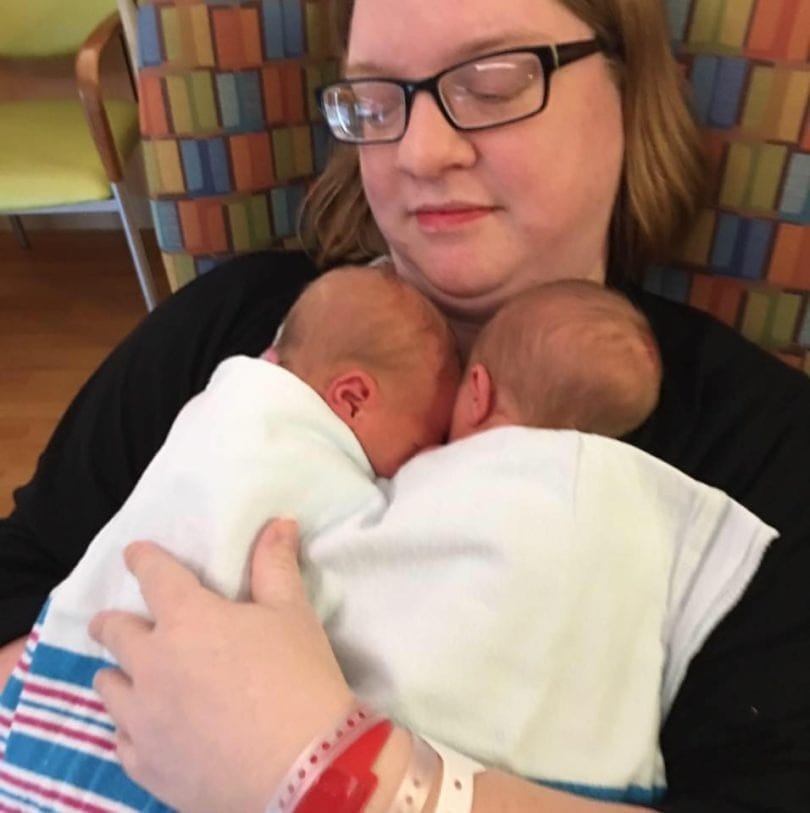 I am the oldest of nine children. When I got married, I was not in any hurry to have children. I figured that my parents didn’t seem to have any fertility issues, so I could wait until we were both ready.

Ten years later, we decided to start a family. I had a positive pregnancy test after 3 months of trying, but at my doctor appointment at 10 weeks the ultrasound showed an empty sac. I was devastated. For someone who spent much of her life not even wanting kids, the pain seemed to come out of nowhere.

In our grief, my husband promised we would just keep trying. As my 34th birthday passed, I started getting nervous. I know now that we were blessed that we didn’t struggle for years to conceive, but the 7 months of disappointment just seemed to tear at my heart day by day. Finally a positive test! Still wary, I asked my doctor’s office how soon I could come in. They offered to take blood tests and measure my HCG levels. I did my research on HCG levels and had 2 or 3 blood tests. The numbers appeared good. At 7 weeks, they performed an ultrasound. Not only were we really pregnant, but there were 2 strong heartbeats! Two! 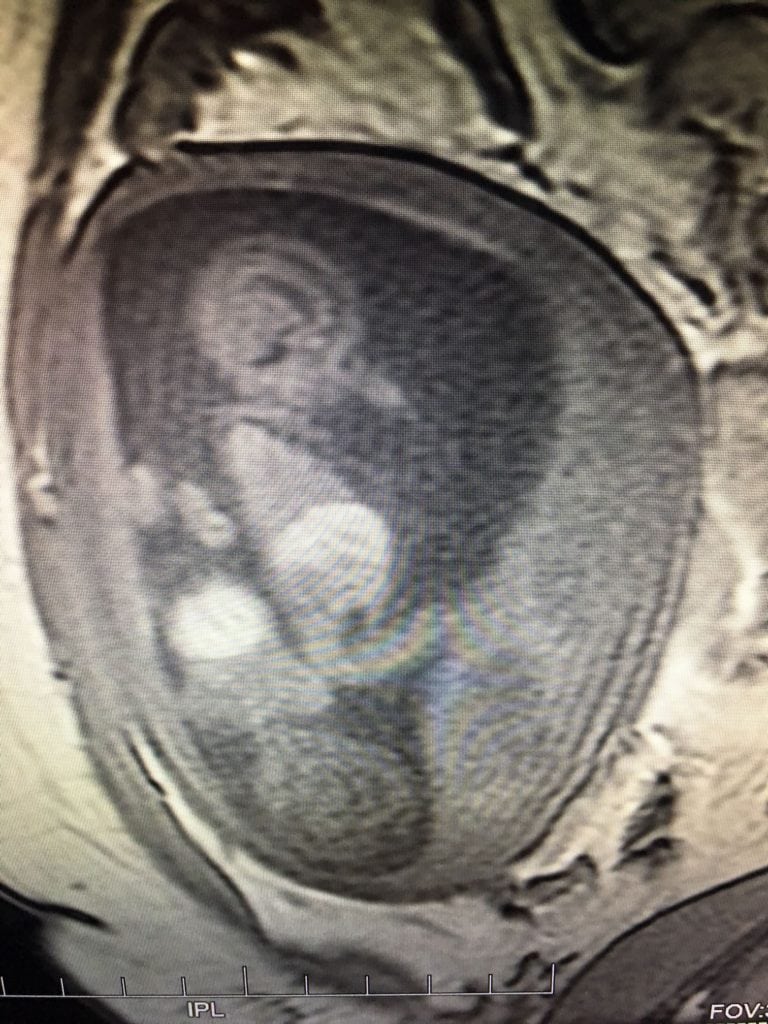 My joy turned into a million questions – how many cribs would we need? How many car seats? Would we need two of everything? How much was this going to cost? At our 14 week check, the ultrasound technician was concerned that Baby A was pretty stationary, while Baby B was all over the place. The doctor referred me to an MFM, who diagnosed my babies with TTTS. I was sent to Cincinnati Children’s Hospital where I spent a day full of tests – MRI, ultrasound, EKG.

I was told that the babies seemed to be doing well, but Baby A had much less amniotic fluid. They were going to monitor me. In two weeks, I returned and they found Baby B’s heart in distress. I spent Valentine’s Day having laser ablation surgery. I spent the next 4 months on bed rest. We picked names, decorated a baby room, took the hospital classes, and just prepped in any way we knew how. 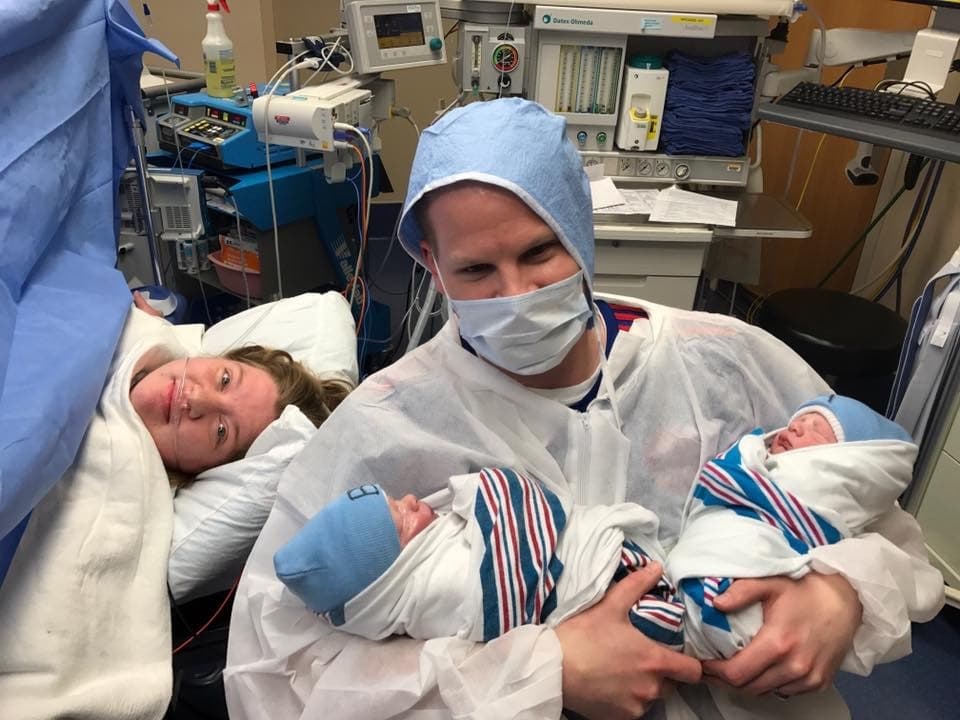 Despite the fear that the laser ablation would trigger early labor, when I saw my MFM at 35 weeks, she suggested scheduling an induction. At 36 weeks and 5 days, I was induced. Nothing progressed, but my blood pressure (which we had been monitoring for a few weeks) was rising. My OB suggested performing a C-section and I agreed. My little guys were born weighing 5lb 13oz and 6lb 9oz.

While my husband was holding the two of them, the nurses were focused on me. My blood pressure was not coming down. Although I had requested skin-to-skin, my nurse sent the babies away so they could focus on me. I had watched a lot of Call the Midwife episodes, and was expecting that euphoric baby bonding experience. That first cry from each of them was magical, but then they were gone. I spent the first night of their lives in my hospital room alone on a magnesium IV drip.

The babies started having breathing problems, so they were sent to NICU for monitoring. The next day I asked to be brought up to NICU so I could hold them (I hadn’t yet.) They were tucked in my gown, kangaroo-style. As I sat there, I felt…nothing. I was thinking, how long is it appropriate for me to sit here? Will the nurses think I don’t love my babies if I go back to my room? Where was the mother-baby bond? Was my body still confused by the C-section?

The next few days were a whirlwind of the boys being kicked out of NICU for being too healthy (not a bad thing), and spending time in the pediatric unit with the boys set up in separate rooms. I would wheel them into the room where my bed was and tried to keep the 3-hour feeding schedule that NICU had started. My husband was going back and forth from the hospital and home to care for our pets, sleep, bring food (only nursing mothers were given meals in our unit), and coordinate some family visitors.

I spent some time marveling at the boys’ little faces, but mostly tried to keep their diapers changed, tummies full, and bodies swaddled. The nurses helped, but I knew that I had to figure out how to do this on my own. I knew there would be times that I wouldn’t have help. At five days old, the boys were discharged from the hospital. The next several weeks are a blur of feedings, spit up, diaper changes, figuring out how to keep them from peeing down their legs out of the diapers(!!), snatches of sleep, and doctor’s appointments. When I got a spare moment to think, I worried that I didn’t love my babies. They were so much work! Was life always going to be this hard? I was so tired. I thought I was supposed to enjoy motherhood on some level, but joy was not an emotion I could find. 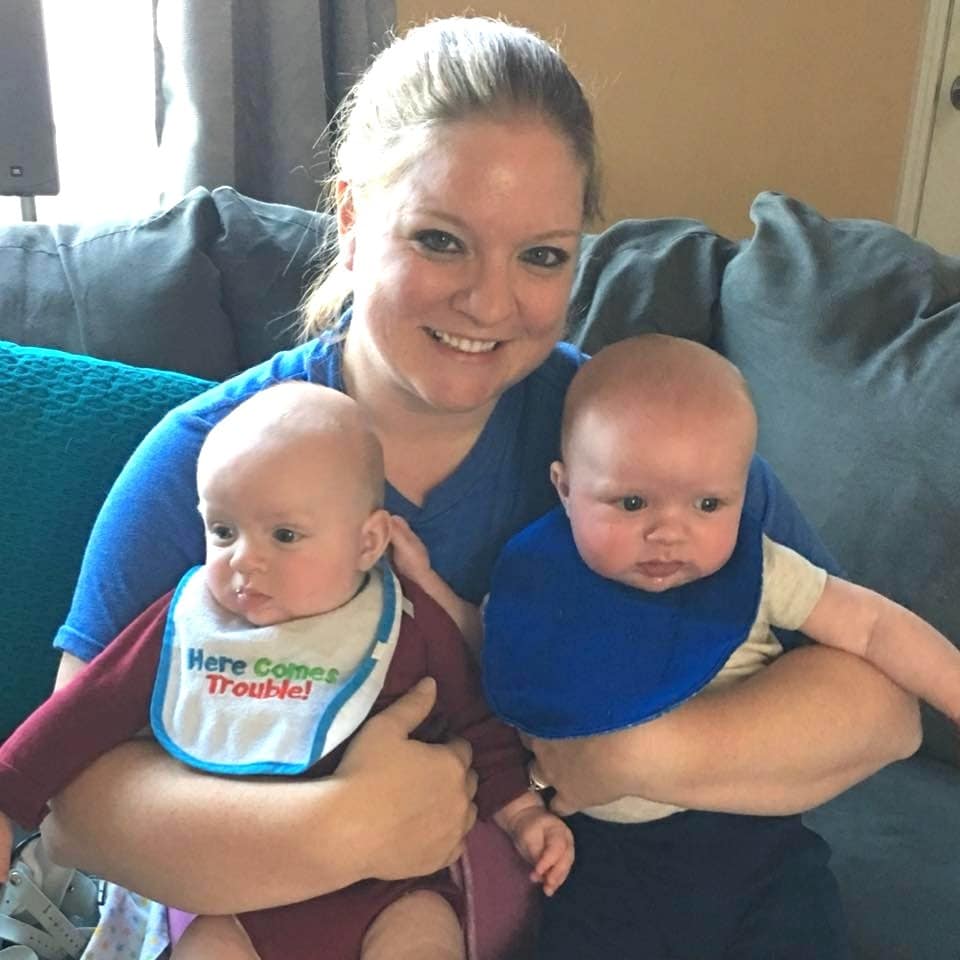 I Worried About Bonding with my Newborn Twins

If I could go back in time and give myself some advice, here’s what I would tell early-mom me:

You love those babies. It’s just not the all-consuming emotion you expected. While you slept in their room, you heard every little noise they made. Your ear was fine-tuned to those babies because they were your innate priority.

You will deal with some medical scares that will twist your heart – because the thought of your babies hurting is extremely painful. But you love those babies.

You will marvel that these boys were once a part of your body, and you will fall back into the pattern of talking to them like you did when they were in your belly.

They will be late smilers, but then they smile all the time.

The bond of motherhood will creep so gradually that you won’t even notice that it has formed because it’s become second nature to you. 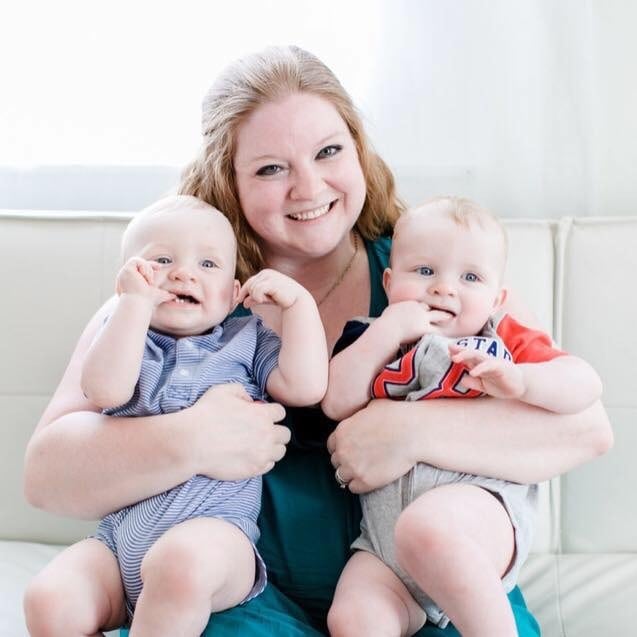 You will feel guilty about returning to work and enjoying it. But you will find childcare that they enjoy going to every day, but they still do a happy dance when you arrive to take them home.

Despite nothing ever going the way you expect, you will enjoy being their mom (even if you sometimes need a break from them!) and there’s no one better equipped for the job. 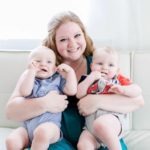 Michelle Haire: I’m an accountant and originally from Owensboro, Kentucky and currently residing in Jeffersonville, Indiana. My husband/partner-in-crime helps me keep my sanity with the crazy life of keeping twin toddlers alive. My identical mono-di boys will be 2 years old in June. My guys currently enjoy climbing up on tables, snacking like they are starving then losing interest in meals, and dancing around in only their diapers.  I love to read (when I have time), travel (flying with the boys this summer, wish us luck!), and rediscover the world through my kids.

Is Too Much Help Hurting the Bond With My Babies?

I Didn’t Bond with My Babies 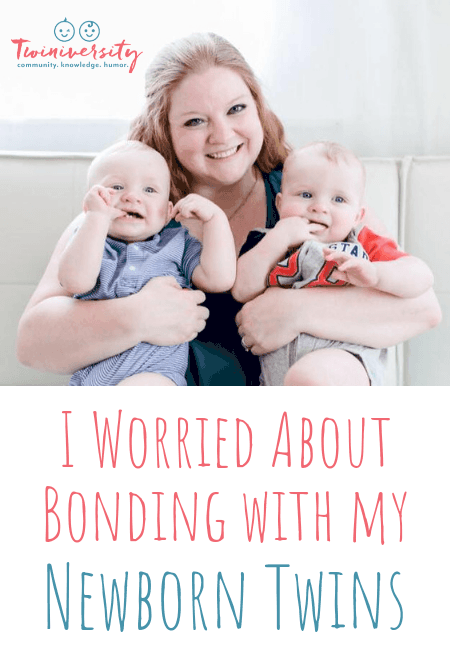