Home » Twin Parenting Advice: I Have No Idea How We Did It 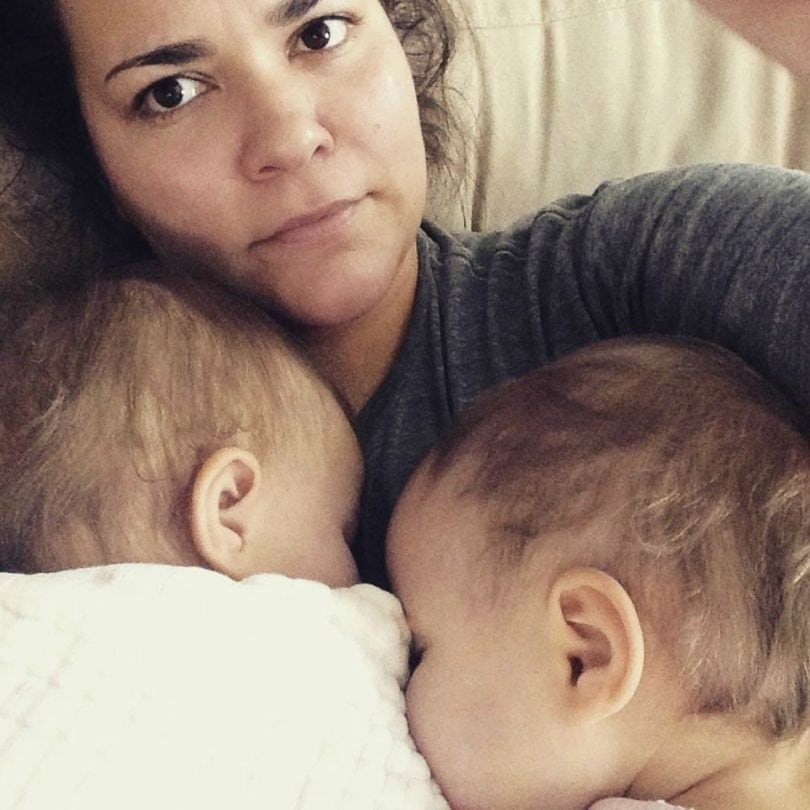 When I became a contributor for Twiniversity, I couldn’t wait to drop some wisdom on all the new twin parents out there. I was three years in and had finally made it to the other side of double nighttime feedings, double diaper changings, and double crying babies. I felt like it was my duty to give you guys a heads up on what to expect and any tips I’ve learned along the way.

Unfortunately, I have no freaking idea how we did it.

I know there were schedules and techniques that worked better than others, but who knows what they were. Every day was a crapshoot. All we could do was tread water and deal with each catastrophe as it came. When I look back on that first year and try to remember some helpful tips, all I see is a blur of bottles, yummy baby skin (because I mostly kept them in only diapers…hey, that’s a tip!), and hours and hours of bad TV. I’m not saying that I blocked it out as a coping mechanism. It wasn’t that bad. Really, it wasn’t (ish).

So while I can’t hand out any fool-proof strategies to managing twins the first couple of years, I can share some random tactics that have stuck with me, mostly because my family and friends noticed them and commented on them a lot. 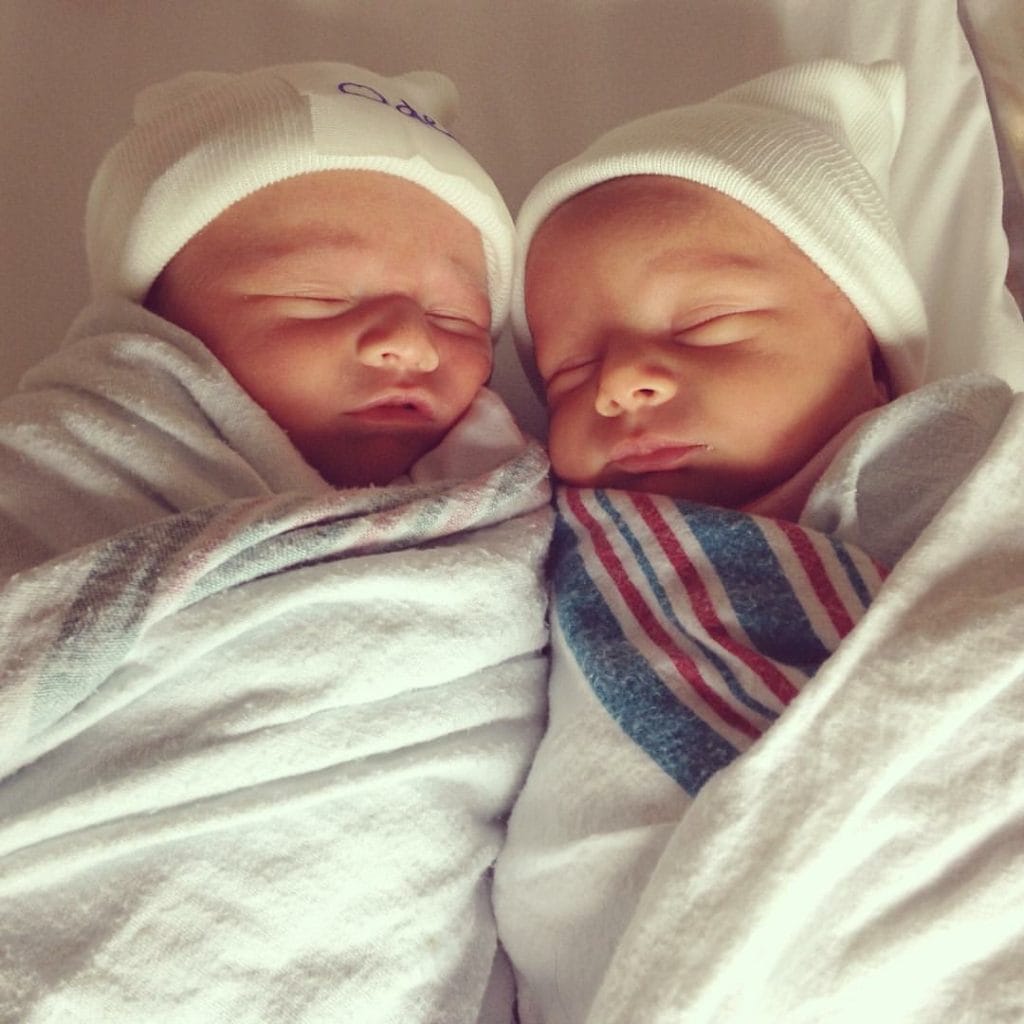 Keep a record of all feedings and diaper changes.

It seemed silly after having my first baby, because I could rattle off the time and amount of ounces of every feeding and the exact consistency of every bowel movement with no problem. She was my whole life. Of course I knew the last time she pooped. The twins were a different ball game. During those first few weeks, I couldn’t tell you which baby I fed in the middle of the night if you asked me in the morning. We used a blank composition book that was hanging around to keep track of what we did. This record helped us make sure the twins were drinking enough and not getting constipated. I wish I could say that we had an organized system, but we just wrote it down. It doesn’t have to be complicated or color-coded to work. And if you have time to color-code anything at this stage, you are far more qualified than me to be handing out tips.

Don’t worry about dressing them if you’re staying home with them.

I would take their pajamas off when I changed their diapers in the morning and put them straight into the high chairs. No bibs are necessary if you don’t have any clothing to protect. Then, all they needed was a quick wet-wipedown, and they were on their way (to destroying my house). Early on, my intention was to eventually get them dressed after I cleaned the kitchen. But by the time I finished, it was almost lunchtime. So, I left them in diapers. Friends and family hailed me a genius for this one. Little did they know that I was just lazy. Besides looking like the smartest mom around, there are so many benefits to this tactic, like less laundry and easier access to dirty diapers. Not to mention, videos of toddlers dancing around in diapers are always in style. But my favorite thing has to be all the snuggly baby skin. It really is the best, isn’t it? 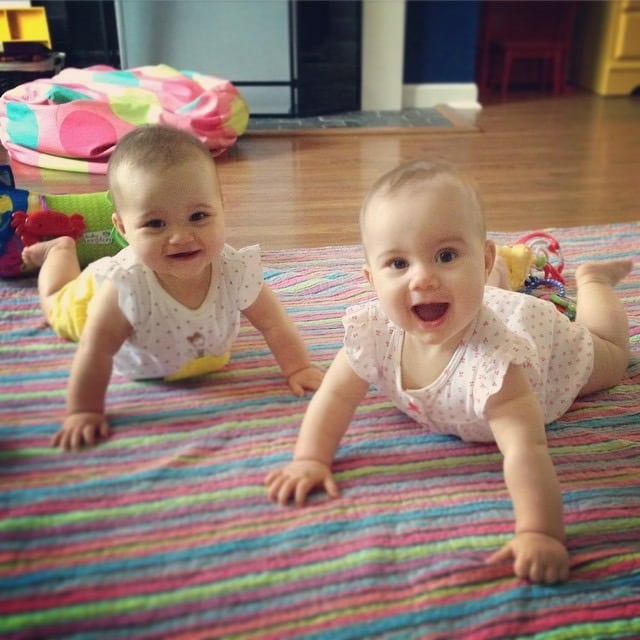 It’s no secret that two crawling/toddling babies make more than double the mess. Just as their cuteness is exponentially more, so is their destruction. And while I did spend a good deal of time sitting in my spot on the couch with one eye on my twins and the other eye on bad TV, eventually I would have to move the laundry or use the bathroom. That’s when two tiny human beings who can barely figure out how to pick up a Cheerio and put it in their mouth will suddenly be aware that when mom walks down the hall, it’s time to explore the kitchen cabinets. Gates and fencing are a necessity and worth every penny. We also found ourselves in possession of a giant playpen that we used for baby jail. Now before you get all in a huff about putting babies in jail, it was soft and cozy and focused more on rehabilitation than on punishment. If one of them tried to break out of general population, they were put in baby jail when I had to leave the room so as not to injure themselves or anyone around them.

Work as a team with your partner.

My first go ‘round, I was a stay-at-home mom with something to prove. I felt like I had to do it all, because that was my “job”, since I no longer worked. It was a disservice to not only myself but my husband as well. He wanted to help and hated watching me be so overwhelmed. Luckily, I was able to let go and share the reigns with him when we had the twins, because there is no way I could have done it alone. The best thing he did was wake up with me every night. As we sat in silence feeding the babies, it finally dawned on me how alone I had felt doing that on my own every night with my first child. So even though I was still doing the same amount of nighttime work as I did with my first baby, it felt easier with a partner. In the end, having twins has brought my husband and I closer, because it forced us to work together as a team and it forced me to let go. 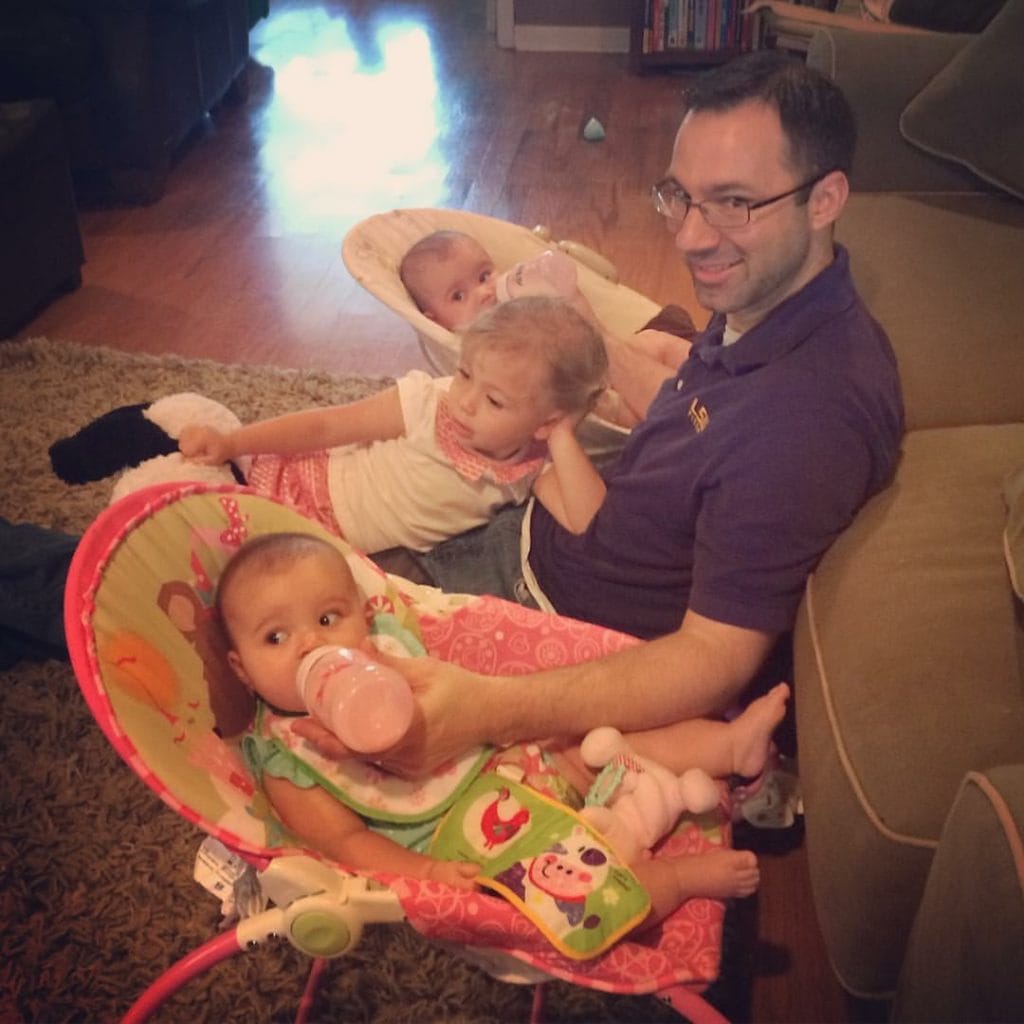 Give yourself a break…in all forms of the word.

Caring for two (or more) babies at once is no joke. In the early stages, I calculated that I was feeding babies for twelve hours every day. That is insane! If you get the chance to step away from this madness, DO IT! If you feel overwhelmed, tell someone. Trust me, the people in your life have just been waiting for the green light to help. They can’t believe you are taking care of all those babies either! Not only do you deserve a break from the madness, you also deserve a break from mom guilt. There is no way to duplicate a singleton amount of attention for each of your twins, so you need to focus on what you can give the same amount of… love! Sure, your time is cut in half for each, but your love isn’t, and that’s all that matters.

When we were in the throes of early twin parenting, I was often told: “I don’t know how you do it.” At the time, I was thinking, “me either.” But now, I realize the answer is that we just found a way. It was hard and exhausting, but we made it work each day. And so will you. The next thing you know, you’ll be trying to make your own list of stuff you did to keep your heads above water, baby jail being the least of it. 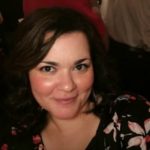 Mandy Roussel is mom to three girls, two of which are twins. When she’s not writing about mom life, she can be found watching too much reality tv, dance partying with her girls, and laughing at/with her husband. You can find more of Mandy’s musings on her blog and on Facebook.

I’m Having Twins! What Do I Need To Know? 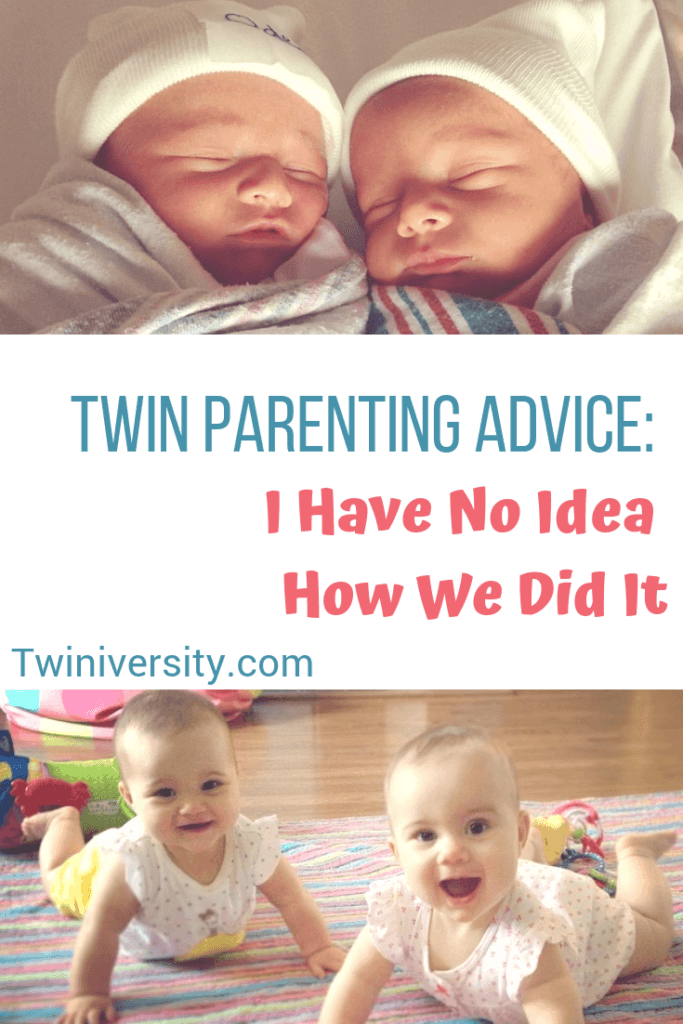