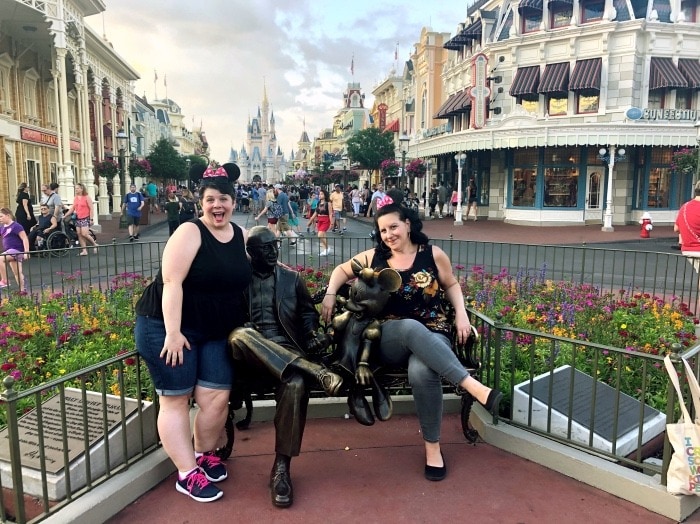 Disclosure: Disney covered expenses so we could write this post. Yes, we feel lucky to work with the most famous Mouse in the world.

The Twiniversity Mom Squad hit up Disney’s Magic Kingdom when we were in Orlando for the JPMA show in April. Since we had gone straight from the baby trade show, I had babies on the brain. As we explored the Magic Kingdom, I tried to think of hacks to make lives easier for our Twiniversity community as you guys plan your next family trip to the parks. I’m happy to present 10 places at Walt Disney World’s Magic Kingdom where you can breastfeed your twinnies and take a few moments to sit and chill, since sometimes the parks can be overstimulating for young children. Enjoy the magic!

Besides these 10 attractions, did you know that the Magic Kingdom, Epcot, Hollywood Studios, and Animal Kingdom all have a Baby Care Center? They are fully staffed and feature a host of helpful amenities for parents with infants and toddlers. In the Magic Kingdom you can find it at The Crystal Palace, which is right behind Casey’s Corner on Main Street USA. Open during regular park hours, each full-service facility is complimentary to use and includes:

The first time to Walt Disney World‘s Magic Kingdom can be overwhelming, whether you have a Disney planner, read every Pinterest post, or just plan on winging it. However, if you prepare each time you visit the parks, you will learn your own little hacks and what works best for your family. Regardless, if you have twin babies don’t let that keep you from going to the parks. We started taking our older daughter Abby when she was two and a half and the twinnies were 6 months old. Was it hard? Yes, of course, as is every family outing when they are little, but we took advantage of the free tickets for age 2 and under and learned new tactics each time we went.

Make sure to read: Disney Parks to Prohibit Certain Strollers and Smoking in the Parks

Twiniversity Tip: If you are planning a trip to Disney, try to get in there before the new Star Wars: Galaxy’s Edge land opens, as there will be a huge influx of Star Wars fans at the parks! It’s set to open at Disney’s Hollywood Studios on August 29, 2019.

Disney World with Twins: 5 Tips for the Happiest Place on Earth