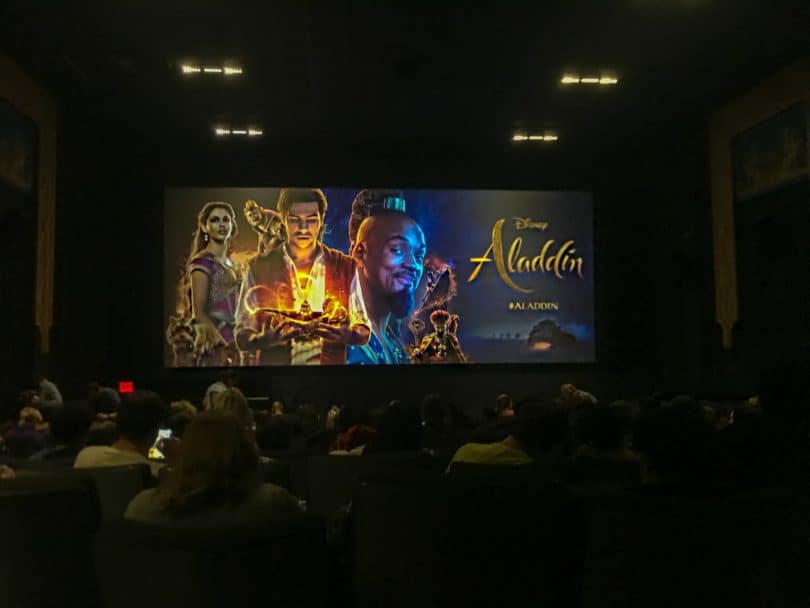 If I could describe Disney’s newest live-action film Aladdin in one word, it would be STUNNING. Even if you aren’t as interested in the storyline (since it has been done before), I would still recommend it for the gorgeous visuals alone. Just look at the poster!

Everyone knows Aladdin! Disney’s original animated Aladdin was released in 1992, and this 2019 adaptation is thrilling and so much fun for the whole family.

Aladdin is the exciting story of Aladdin (surprise!), a petty thief and “street rat” in the fictional Arabian kingdom of Agrabah, and the trouble he gets himself into on a daily basis in order to survive. This is until Aladdin meets Jasmine, an intelligent and outspoken princess who just wants to explore the world beyond her castle walls. Their lives are flipped upside down when Aladdin frees the immensely powerful (and very, very funny) Genie from his magic lamp. Can the Genie help Aladdin get everything he wants without getting into more trouble? Or will greed ruin it for everyone? I guess you’ll have to watch to find out!

The live-action adaptation itself doesn’t stray too far from the original animated film in terms of its storyline, but it is one hundred times more spectacular to watch (thanks to director Guy Ritchie.) Not only that, but it featured amazing performances from Mena Massoud as Aladdin, Naomi Scott as Jasmine, and especially Will Smith as Genie.

To be completely honest, I didn’t think the music would be as good as the original, but it sure was. Will Smith does an incredible job with both “Friend Like Me” and “Prince Ali”. Those were my favorites! I was blown away. I am a huge Robin Williams fan, and it was hard for me to think of someone else playing Genie, but I will say Smith is just hilarious, and he provides comic relief in even the most intense scenes.

That being said, some of these “intense scenes” can be quite scary, or at least stressful for some. If you are planning on taking a child younger than 6, I’d make sure to explain that even though it is live-action and these are real actors, it is still all make-believe.

This is the issue with live-action films – they inherently are much scarier to the child viewer. The action scenes had me on the edge of my seat and could possibly be too much for a young kiddo (especially on an IMAX screen.) Scenes including Jafar’s parrot were actually the scariest to me!

I watched it in 3D, and I can say confidently that this film SHOULD be viewed this way. I have never seen a movie execute 3D this perfectly, as I usually feel these movies use the feature sparingly and are disappointing for that reason. The musical numbers are so extravagant and the entire experience allows for the audience to feel completely immersed in the countless explosions of colors and non-stop action. That was wonderfully done. However, this could make the experience scarier for the little ones. 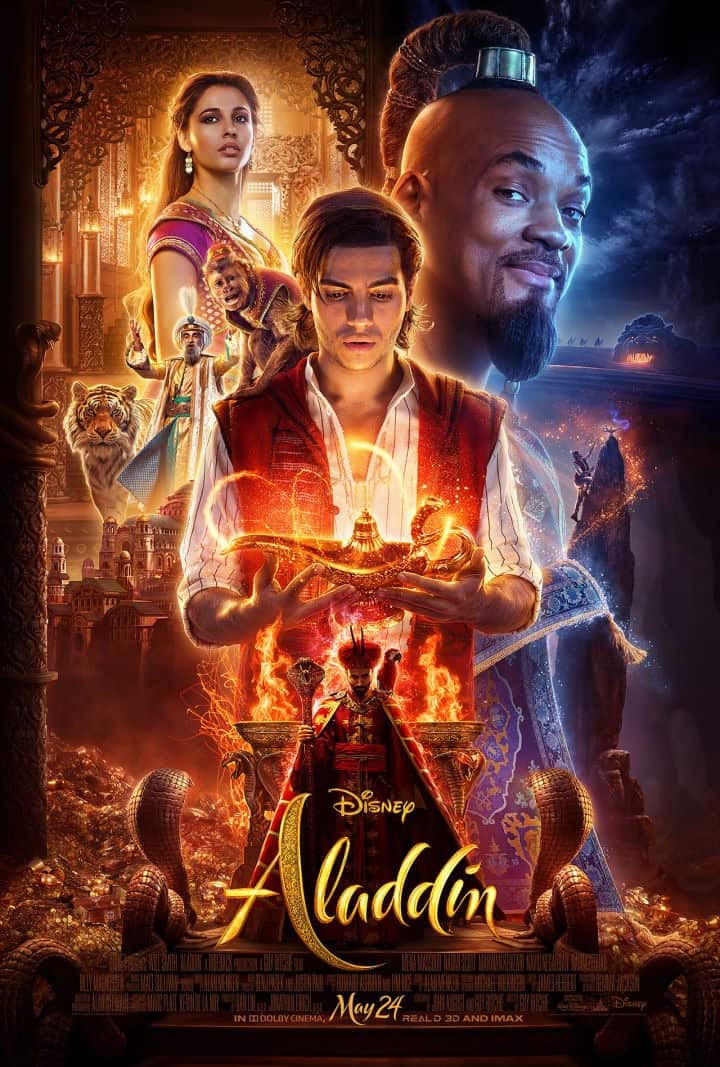 In the end, I thoroughly enjoyed this movie and I think your family will too! My one tip to avoid any scared kiddies would be to have them watch the original cartoon first! Explain to them that it is still all pretend even though it all looks very real.

One last thing: don’t be surprised if your kiddo wants a little pet monkey after seeing this movie!

Aladdin’s partner in crime Abu is the sweetest little capuchin monkey, and honestly, he was my favorite character.

Make sure you watch Aladdin in theaters beginning May 24th, 2019.