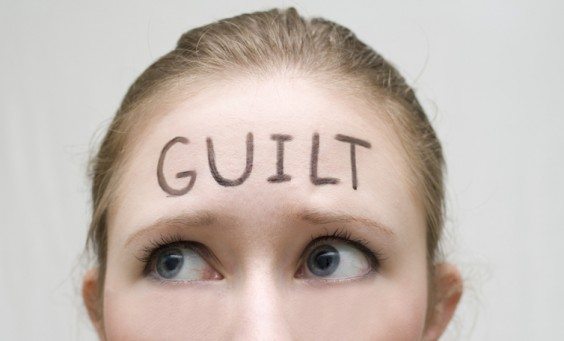 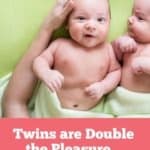 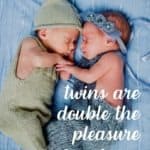 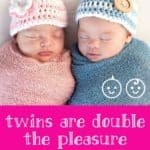 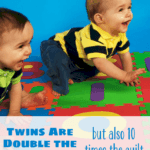 Mom guilt happens to every mother, but when you have twins it hits harder. Read how this mom dealt with her own mom guilt and how she resolved some of it.

I think that guilt comes with the territory when you are a mother. Nothing you do is ever good enough. You feel guilty if you don’t breastfeed, guilty if you go back to work, guilty for being on your phone, guilty you gave them a ‘happy meal’, guilty for feeling guilty… it never ends.

When I was pregnant with my twins, I was expecting the usual ‘motherly guilt’, but NOTHING could have prepared me for just how guilty I would feel towards them, from the moment they were born and every single day since. It seems to me that when it comes to twins, it really is double the pleasure, but ten times the guilt.

Dani and Arielle made a truly dramatic entry to the world. It was a hard pregnancy with every difficulty one could possibly imagine, from gestational diabetes to preeclampsia and having to stay in the hospital for two months before giving birth, to nearly dying 12 hours after they were born.

Their life started with me feeling I wasn’t doing enough, even though I fought so hard to save their lives while they were still inside me, and as soon as they came out I felt like I was letting them down.

Not being able to be with them how I wanted to be, made me feel like the worse mom in the world and that feeling of guilt only got stronger when I soon realized that looking after two babies meant I had little to no time to bond with either of them individually, and that I needed help with everything.

I think people who don’t have twins can’t really imagine what I am talking about, and I say this with the utmost respect to all parents as I know that any journey has its own challenges and hard moments.

The simplest way of putting it is this: THERE ARE TWO OF THEM THE WHOLE TIME. This probably sounds obvious and possibly even funny, (two and a half years later and I can say that it does have its own magic more than not, NOW), but this little fact was the number one thing I struggled to understand.

You see, with twins you have to do everything TWICE. It sounds apparent, but it’s a fu*!king nightmare when it comes to babies. You have two babies to feed, two babies to burp, two babies to wash, dress, change, to get to sleep, to wake up to in the middle of the night, two sets of bottles to clean, two babies screaming AT THE SAME TIME… get the picture?

One baby would wake just as the other baby fell asleep which meant absolutely no downtime during naps. It felt like I was feeding 24/7 and that changing pad, which I have recently finally thrown away, saw so much action I could have been a millionaire if I put a nickel in a jar every time I changed a diaper.

In many ways, those early days were a lot like boot-camp and my only goal was to ‘survive’. In fact, I remember telling a friend who has seven kids (yes, seven), I was expecting twins. I figured if anyone was going to tell me ‘it’ll be a piece of cake’, it was going to be her. But instead of that she looked me straight in the eyes and said: “Right, the first year is survival. After that, you can start living again.” I was speechless. This coming from the most laid back mom I knew, blew me away and, looking back, she was not exaggerating.

Apart from the technical and evident difficulties which included the simplest things you can imagine, like leaving the house. Not even going anywhere, just leaving the house and attempting to go to the store, or just standing in your driveway for no reason because you are so tired you don’t actually remember what you’re doing there. For me, the hardest thing was bonding with TWO babies.

With my eldest, bonding came naturally and within a few hours from when she was born. I expected to feel the same when the twins came but the honest truth is that I did not. Not being able to be alone with either of them, and having to be constantly with both of them, meant that bonding did not happen right away which only made me feel even guiltier towards them.

I kept this feeling a secret for a long time because it’s not something that’s easy to admit. People find it hard to understand and accept when a mom says she isn’t bonding with her baby, so I kept it to myself.

When I finally got the courage to talk about it, I discovered there were other moms with twins who were feeling the same and who were also struggling to bond with both, or one of their babies, and just knowing that was a great comfort, I was not the only one.

At some point my brother suggested I talk to a friend of his who also had twins. I didn’t think that talking to a total stranger would do any good but I wrote down her number and the next time I was feeling like crap (which was soon after) I called her. I remember what she said to me so clearly. She gave me the two most useful pieces of advice anyone had ever given to me.

First she said “Get used to it” and explained that with twins, feeling guilty is part of the daily routine. My first reaction was great disappointment because what I wanted to hear was that the feeling would pass. I later realized that this liberated me because just knowing I was normal was key to things getting better.

The second thing she said was, “Get as much help as you can,” and added that she regretted not accepting more help from friends when it was offered.

She was right, the guilt never truly goes away. Even now that they are two and a half years old and life is a dream compared to that first year, I still feel an great amount of guilt towards them just knowing that they will never have what my eldest had, which is their mommy all to themselves. I realize this is also true for all second children, but there is something very relentless about having twins and simply not being able to enjoy that intimacy AT ALL.

With the twins, I missed out on that magical ‘newborn experience’. You know, when it’s just you and your baby and there are endless moments of smelling her head and staring into her face learning every single piece of it. I loved those moments with my firstborn and I never had them with Dani and Arielle.

Taking her advice, we decided to get as much help as we could. Since our families could not help us it had to be hired help. This cost us a lot of money and basically meant us using up all of our savings, and I do mean ALL of it. In fact, we even had to sell some of our belongings to cover the cost, a lot of which was my husband’s rare vinyl record collection (finally got the loft cleared out despite his tears).

But the truth is that I didn’t care how much it would cost. I just knew that I needed help and that instead of killing myself, with feeling guilty over that too, I should just accept that this is me, and that this is the best I can do.

Within time, things did become easier and today’s guilty feelings are slightly more humorous as we are able to laugh about how the twins only get ‘hand me downs’, or how they only have one photo album, whereas our eldest had five by the time she was two, or how we never take them anywhere because let’s face it, leaving the house with all three kids is such a chore.

The magic of having twins is the other side of that same guilty coin. And there is magic. A lot. The simplest way of putting it is: THERE ARE TWO OF THEM THE WHOLE TIME and that is very special. I have two wonderful girls to kiss, hug, laugh with, play, dance, and mainly to love. Seeing them together and knowing that although they may not have had me as much as I would have liked them to, they have each other, which is so beautiful and what makes twins truly unique.

These days I try my best to have ‘one on one’ time with each of them which I know they love and enjoy. It’s not always possible but I have learned to accept life’s limitations, get on with it and leave the guilt at the door. I know that we are blessed and fortunate to have been able to have help and I also know that things could have been even harder (like if we had triplets!).

When I get those guilty feelings I remember those wise words “get used to it” and I take pleasure in knowing I am part of a truly amazing VIP club, and that this feeling is simply part of our membership.

And THAT is something I am very happy to live with.

Tova Leigh is an actress and a writer. She lives in London with her husband and three daughters. She currently writes a funny and heart-warming blog about her experience as a mother. Her article I CAN’T SEE A WHITE LIGHT, BUT I KNOW I AM ABOUT TO DIE about her experience with Preeclampsia during her twin pregnancy, went viral and has recently been published by the New York magazine A Plus.

The Guilty Conscience of a Working Mom

Are You Tired of Mom Guilt? I Know I Am.