Home » Nine Milestones Only Twin Parents Get To Experience 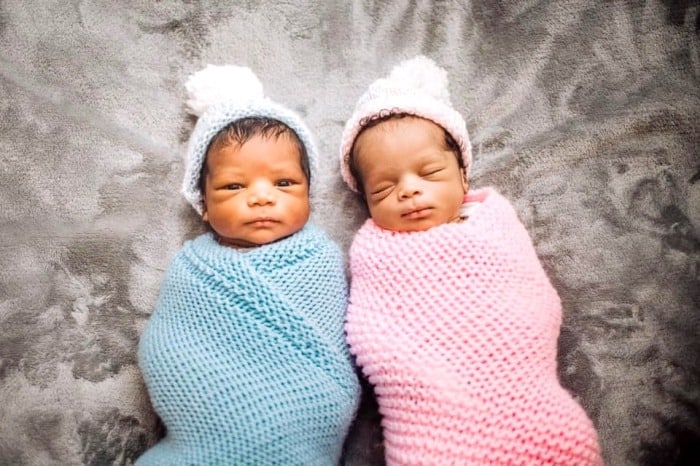 Read about nine milestones that only twin parents get to experience that are really very different than those their singleton parent friends experience.

This year my children reached two new big milestones in their lives: going into separate bedrooms at home and separate classes at school. Both changes happened at the same time, through their own choice, and it felt like such a big step in their development.

I was quite emotional about it. But I realized that if I tried to explain the significance of this to parents of singletons, they may not quite appreciate what milestones they are, as, for obvious reasons, they do not generally mark these events for their own children.

It got me to thinking about what other milestones twin parents experience that are perhaps not on the usual list of “baby and child development milestones”, but are nonetheless significant in twin development terms. So I put together a list of “firsts” that immediately came to mind, although different twins (and their parents) may experience these differently, depending on how the twins relate to each other.

1. When they first notice each other

This was such a big one for me. I couldn’t wait for the moment when my twins would lock eyes on each other. I had heard stories of newborn twins being upset if they weren’t in the same cot, or holding hands shortly after birth. Not my experience. They cried whether they were together or not, and it seemed as though they were trying to ignore each other’s existence altogether for the first two years.

Occasionally, one would stare at the other and I would be poised with the camera waiting for the other to notice. It didn’t happen a lot, but to look through my baby photos, you would think that’s what they spent their whole time doing. And when they smiled at each other too – priceless!

2. Their first double-smile at you

I know the first smile is a milestone for any baby, and I loved it when my twins individually smiled at me.  But there is something quite magical when you have both babies looking at you at the same time and smiling. A rare but beautiful delight, unique to twin parents! The same goes for joint giggles.

3. The first time you leave the house without help

This is more a milestone for the grown-ups than for the babies, but it’s such a big one for twin parents. Getting out of the house with more than one baby is so hard, and takes so much preparation – making sure both are fed and changed, with supplies packed takes a good two hours on your own (if you work fast!), by which time, when you reach your destination one of them will be hungry again so you have to be able to feed and change them on your own. Not always easy, or possible, depending on where you are going and how easily your babies feed.

My first trip alone was to a baby health check at the doctor’s office. It was a struggle, I only just made it in time before they closed, and it was all over in 10 minutes, but I felt so proud of myself!

By nap, I am also including night-time “sleeping”. This is the holy grail for all twin parents. For all their ignoring of one another, mine seemed to come to a tacit agreement of waking-shifts so that the whole 24 hours were covered with either one or the other being awake. That first time you manage to achieve the “sleep when they sleep” motto is golden!  Or when you are awake, not holding one of them, and the house is quiet – incredible!

5. The first independent word from their twin

This is really only a milestone for one of the twins. Often, you have one twin that beats the other at a lot of the firsts, and when it comes to speech there is often one that starts speaking before the other. My daughter started speaking after my son, and she learned all her first words from him. Until that wonderful day came when I was getting them ready for a walk, and she looked down and said “shoe!” Not a word my son had ever uttered. What more perfect first independent word for a girl!

6. The first time they play together

As I mentioned before, for a long time my twins basically enjoyed companionable indifference to one another, playing side by side, but never “together”. It’s wonderful when they start to interact too. This is a gradual process, as some interactions seem accidental, but eventually, it will become clear and obvious, until you can’t remember a time before.

Not that I encourage eaves-dropping in general, but it is so sweet when you hear your twins chatting to each other over the baby monitor. Again, as twins tend to start talking later (mine were nearly three!) this stage will take a little time to reach. But it’s worth it to hear the funny things they are interested in chatting about!

8. The first signs of affection to each other

Once the ignoring stage passes, you get to see their relationship develop, which is really one of the joys of having multiples. It’s not “double the joy”, but an extra dimension to it, as the interaction between twins – seeing them spontaneously share, hold hands, hug each other, kiss each other – is such a special thing to witness.

I still remember my son holding his arm in front my daughter when they were toddlers to stop her crossing the road because he was worried about her. A couple of years later, I saw my gentle, mild-mannered daughter give her friend a talking to for having snatched my son’s balloon off him. Priceless. I was lucky with mine – the initial disregard for each other was later made up for a hundredfold.

9. The first desire for separation

This is the one that we have experienced this year – they both asked for separate rooms and my daughter wanted to be in a separate class from her brother. It’s a heart-breaking one for the parents, as you see your twins move on from first ignoring each other as babies, to moving closer to one another as toddlers and young children, and now see them needing a bit more distance from each other as they are growing more independent.

My head knows that this is right – it’s what I want for them, but my heart does ache just a bit. But if it’s not forced, their closeness will continue into adulthood and beyond; in fact, they chose to share a room again for the Christmas holidays. They just need the ability to act on their desire for independence in order to grow into well-adjusted individuals, while still maintaining that special twin connection they will always share throughout their lives.

Isabelle Lee is a British mom to 9-year-old boy/girl twins. She lived in California with her husband and twins for four years and moved back to the UK in 2016, settling in the North of England. When she isn’t being a chauffeur/carer/cook/cleaner she writes for Twiniversity, Tamba (the UK’s multiple birth charity), Huffington Post, and on her blog perplexedparent.com.  You can follow and on Twitter or on Facebook

Related Articles – Nine Milestones Only Twin Parents Get To Experience

When Did Your Preemies Hit Developmental Milestones?

5 Things No One Ever Told Me About Having Twins

Key Difference Between Singletons and Twins