Home » What to Expect with Ear Tubes Surgery for Kids 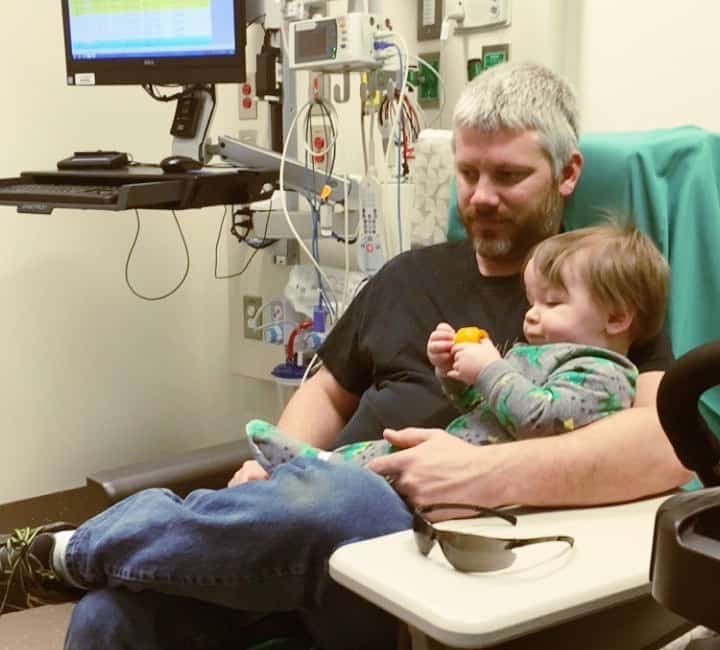 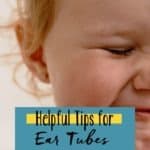 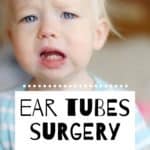 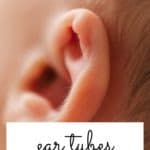 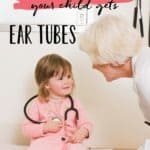 When I first found out I was pregnant with twins, there was a flurry of panic about managing the responsibilities that come with caring for two helpless humans. How would we afford daycare for two at the same time? Diapers, formula, medical expenses…and those were just the financial concerns.

My biggest fear was (and still causes me anxiety to this day), “What if they’re not healthy kids?” How are we going to manage sick babies because when one gets sick, the other is sure to follow!

The problem with babies is they can’t tell you what is wrong. There is no instruction manual, there is no checklist, no YouTube tutorial to watch, nothing that pinpoints the purpose for every cry and whimper.

If you’re lucky, your “mother’s intuition” will ping you when something is out of the ordinary. If you’re not lucky, physiology will validate your concerns in the form of an ongoing fever or other presenting symptoms. The other struggle we face as parents is that medicine is NOT an exact science. They call it “practicing medicine” for a reason.

We are one year into our twin parenting journey and my concerns have been substantiated for sickly kids. Call it predicting the future or willing your own circumstances (in the worst way possible), but our twin boys have not had a great start in life. They both have struggled with recurring ear infections, chronic coughs, congestion, spiking high fevers (our Twin B, Turner, had a febrile seizure two days prior to Christmas 2018), diaper rash, and more. We’ve endured one inguinal hernia surgery and ear tubes placement for both twins.

Despite these inconvenient circumstances, we praise God that we have access to modern medicine and medical intervention, and our family mantra had been, “It could always be worse.” We choose to focus on our joys and happiness rather than our challenges to keep things in a positive perspective. We firmly believe you are as happy as you choose to be.

I am not a medical professional, but after having three kids all with ear tubes, I wanted to provide some insights for other parents looking for validation to say, “Enough is enough!”

What are ear tubes?

Ear tubes are tiny, hollow cylinders, usually made of plastic or metal, that are surgically inserted into the eardrum. An ear tube creates an airway that ventilates the middle ear and prevents the accumulation of fluids behind the eardrum… Ear tubes are often recommended for children who have persistent fluid buildup behind the eardrum, especially if the condition causes hearing loss and affects speech development. Your child’s doctor may also recommend ear tubes if your child gets frequent ear infections. Most ear tubes fall out within six to nine months, and the holes heal shut on their own. Some tubes need to be removed, and some holes may need to be closed surgically.

Ear tubes are a common medical intervention to help children overcome recurring illnesses. Our boys had 3+ ear infections in 6 months of each other and several powerful (yet unsuccessful) Rocephin injections. Their ear infections always seemed to make them more susceptible to a long-term illness that required nebulizer treatments, doses upon doses of Ibuprofen and Tylenol, and oral antibiotics that would cause unending diaper rash.

We consulted our pediatrician and received a referral to an ENT (Ear/Nose/Throat specialist).  During the referral appointment, we met with a Physician’s Assistant to the ENT.  With ear infections being such a common medical diagnosis, the doctors often rely on PA’s to help diagnose and determine the need for tubes.

The PA confirmed our Pediatrician’s suggestion: our boys were very good candidates for surgery. Next, the ENT reviewed their medical charts and agreed that tubes would be a good intervention for their chronic and recurring ear infections.  A nurse came in after the initial exam and was able to schedule our surgical date right away.

Sadly, Twin B developed a cough between our initial exam and the surgery date – and when the nurse called to confirm they had been healthy and well and confirm our surgical date, I was honest and said he had developed a slight cough and had experienced a fever or two in the past 14 days.  She said that she had to check with the anesthesiologist to confirm whether they could keep our surgical date the same.

When she called me back, she said the anesthesiologist would not be comfortable doing sedation on lungs that had recently been ill. Our surgery date was pushed out by another 30 days to ensure they were healthy and well for the procedure. I felt like it was a miracle that we lasted the next 30 days without incident and were able to do the procedure on the 2nd date we scheduled.

The ear tubes placement surgery has changed even in the last 5 years. Our oldest child had to undergo IV anesthesia for sedation. The twins did not have an IV; they were sedated with gas that faded quite quickly.  They were not able to eat or drink anything after midnight. Keeping them consoled while “hangry” was our biggest challenge.

The check-in and waiting process took longer than the actual procedure. The procedure took about 15 minutes per child once they were taken to the operating room. We decided to have both twins done on the same day.

Their recovery was quick and painless, and I’m glad that we didn’t have to trek to the hospital on two different occasions, especially since we live in a rural area and our children’s hospital is about 1.5 hours away.

The evening after the surgery was extremely uneventful.  The boys kept their routine as if nothing had even occurred that day. In the following weeks, Twin B’s ears drained for days on end. It was a thick, gooey drainage that had me slightly concerned. When we visited for their 6-week post-surgical check-up, the PA told us that it was very common and as long as he didn’t experience pain or illness we could simply monitor the drainage and it should go away on its own.

The tubes have been a lifesaver in terms of improving their overall health. We made it nearly 9 months without an illness. We just had their 18-month well-baby checkup, and our pediatrician said, “Wow – those tubes must have been a lifesaver for you!” She knew the struggles we had been having with recurring illness.

Twin A’s ear tubes are still intact and placed exactly where they should be. Twin B has a tube starting to “slip” out of place.  Our medical staff said that younger children lose their tubes quicker because their anatomy is growing so quickly. Older children have a better chance of keeping their tubes in for longer periods at a time.

A few tips about ear tubes that parents may want to know:

My best advice to parents on the fence about ear tubes – research your options, advocate for your children’s health, and don’t be afraid to say “enough is enough!” The procedure is very simple and may make a world of difference in the health of your child. 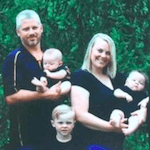 Ashley Worley is mom to three boys – Cameron (age 6), and twins Turner and Jensen (1 year old). In her spare time she’s gated in the living room corralling twins… and once upon a time could be found on the golf course, coaching baseball, cooking delightful comfort food, or competing with her husband in a {mostly} friendly rivalry of darts, ping pong, archery, or firearms.

Related Articles – What to Expect with Ear Tubes Surgery for Kids