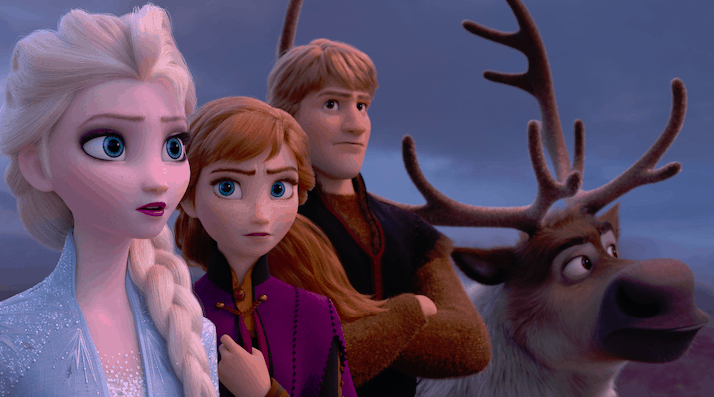 Hey gang, listen up! We've got 3 digital copies of Frozen 2 to give away to 3 lucky families. Complete the form below for your chance to win! We'll notify the winners by email.

SCROLL DOWN TO ENTER!

Walt Disney Animation Studios’ Frozen 2 has melted hearts around the world, becoming the No. 1 animated feature of all time. Just in time for Valentine’s Day, the follow-up to 2013’s hit Oscar®-winning Best Animated Feature, Frozen, comes home, with a sing-along version and all-new extras, on Digital in 4K Ultra HD™, HD and Movies Anywhere on February 11 and on 4K Ultra HD™, Blu-ray™ and DVD on February 25.

Why was Elsa born with magical powers? What truths about the past await Elsa as she ventures into the unknown to the enchanted forests and dark seas beyond Arendelle? The answers are calling her but also threatening her kingdom. Together with Anna, Kristoff, Olaf and Sven, she'll face a dangerous but remarkable journey. In “Frozen,” Elsa feared her powers were too much for the world. In Frozen 2, she must hope they are enough.