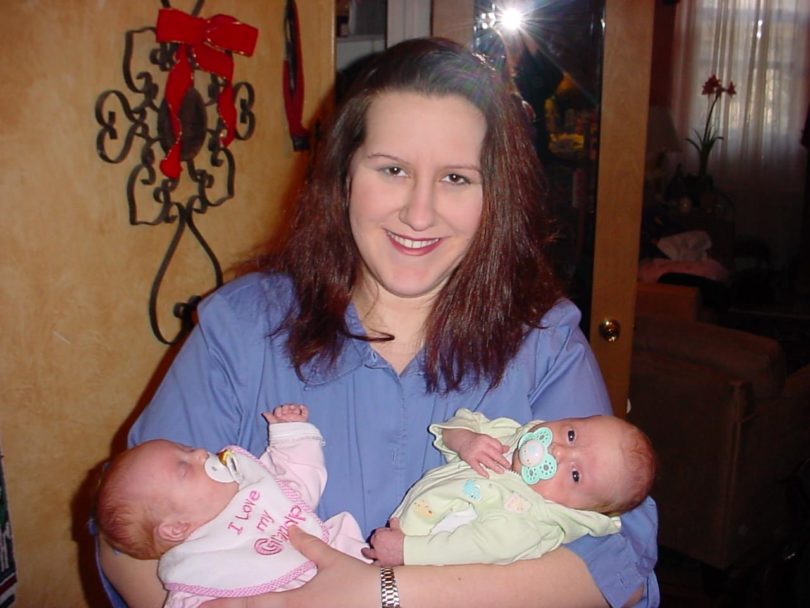 Wondering why you should take a CPR class as a twin parent? Read about how Twiniversity founder Natalie Diaz’s twin girl needed infant CPR twice to save her life.

I don’t talk about it much. Years later, it’s still a bit raw. They say time heals all wounds, but they still aren’t healed. It’s like a scab I pick at it every so often.

My twins were born at 34 weeks, on the day when preeclampsia reared its ugly head and my body just couldn’t do it anymore. My twinnies were born around 5 am, only two minutes apart via vaginal delivery. We were lucky that my doctor planned ahead and gave me steroid shots for the twins’ lungs.

Once they were born, the twins spent some expected time in the NICU. Baby B, Johnny, was there 14 days, while Baby A, Anna, had a harder time getting her act together and had a longer stay with 31 nights under her tiny belt.

Her stay was longer because she had a hard time eating and breathing at the same time, and her digestive system didn’t finish cooking while she was still a bun in my oven. No matter what we gave her, it ended up all over us. Breastmilk, formula, or a combo, it seemed to spill out of her as fast as it went in.

Before Anna was discharged, the hospital made sure we took a CPR class. They assured us that we probably wouldn’t need it, but because of all the issues she had, we just may.

Spoiler alert: we needed it. We needed CPR twice with our tiny girl.

On March 17th, 2005, Saint Patrick’s Day I was home alone with the twins and asked my sister to come up and help me with a feed. I dressed the kids up to take some pictures in their sweet new onesies that said “Kiss me I’m ¼ Irish”. I sat them in their bouncy seats side by side and had a mini photoshoot.

After the shoot, I pumped, fed them, and started watching the St. Patty’s Day parade with my sister as the kids played in their bouncy seats at our feet.

Round one with CPR

A short while later, I looked at my daughter and she looked weird. Her eyes were open wide and she was arching her back. I quickly noticed her belly wasn’t moving and she wasn’t breathing. Yelling to my sis “She’s not breathing”, I grabbed her and started pounding on her back. It wasn’t working.

My sister scooped her up from my arms and ran her to the changing table only a few steps away. She laid her down, tilted her airway, pinched her tiny nose, and sent a breath of life into her. Moments later she was crying and breathing. I got dressed while my sister dressed my daughter and I RAN to the pediatricians’ office with her in my arms which was a few blocks away.

They brought me into a room and my doctor, Dr. Marie Keith, came in to assess what was happening to my tiny daughter.

Dr. Keith knew exactly what the problem was. She was very familiar with all my daughter’s issues. She had close contact with the NICU team at the hospital and the gastro docs that we had been following up with since her discharge. Our girl had severe acid reflux and when she would have a reflux episode it got caught in her airway. The breath we put into her cleared her airway, allowing it to open and she would breathe again.

My pediatrician told me to keep an eye on her and she also told me she was going to make some calls, and someone would be in my house the following morning to refresh me on CPR, not only for me but for anyone who would be spending time with my kids without me.

The following morning, a CPR professional showed up, and with a fresh pot of coffee, my entire twin team (my mom, sis, aunt, and husband) sat down and got a refresher course on how to react if this should happen again. The teacher was calm, informative, and empathetic to our situation.

I felt better after that and while you can never be “ready” for your daughter to stop breathing, we knew what we had to look for.

Round two with CPR

On Easter Sunday, ten days after the St. Patrick’s Day incident, I had settled the twins down in their cribs in the other room to sit down for a large Easter feast. The whole family of 13 was invited. I cooked a large traditional Italian Easter dinner, and I had JUST sat down to dig in.

Suddenly, my son started crying an unusual cry I had never heard before. It was a little animal like if I had to describe it. As a mom of three-month-old twins, I had gotten used to the sounds of the crying, but this was different. I got up from the table and said out loud, “I don’t even know why I’m going in here…” to my family sitting around the table waiting for me to say a prayer.

Who needs to use CPR twice in 2 weeks?

I opened the door, went to the side of the room where my sons’ crib was to figure out what that animalistic cry was all about. The moment I was next to him, he stopped. Yes, weird to say the least. I checked him anyway. I gave a quick smell over him, felt his pajama. Everything was normal. He was awake though. Looking at me, but silent.

Since I was in there, I went over to my daughter’s crib and that’s when I noticed it. She wasn’t breathing. I had a moment of shock and then screamed “SHE’S TURNING BLUE. SHE’S NOT BREATHING!” I was frozen in panic. Everyone rushed in. My father-in-law grabbed her and immediately started CPR. What seemed like forever later, she started crying. She was OK. But I was hysterical. My mom, my mother-in-law, my sister, and my aunt, were all bawling while my father-in-law just held her and rocked her.

Meanwhile, my son was just in his crib, silently looking around. My son’s wild cry saved his sisters’ life. If not for him, we might not have realized our girl needed CPR twice and we might not have avoided a devastating outcome. That was one of the first moments that I realized that there is more than just a birthday that connects my fraternal twins.

My father-in-law was a peace officer at the time and his regular CPR training caused him not to hesitate for one second. I will be forever thankful to him.

I called Dr. Keith and she arranged for an apnea monitor in my home that day, yes, Easter Sunday, with training. We dodged another catastrophic incident.

She stayed on that apnea monitor till she was seven months old. After much trial and error of supplements, medications, and diet changes, she did very well. To this day, 16 years later, when asked by new twin parents what’s one of the things they need to do, I always say, “Take a CPR class.”

It’s not just for CPR, but also for learning the Heimlich maneuver in the event of choking, which is often more commonly used with parents of young children. When you have young twins, you just can’t watch them both every second of the day. It’s impossible. So it’s better to be prepared on all fronts.

Years later, FINALLY, we have our Twiniversity Baby and Child Safety and CPR class that comes directly into your home. Because of my own errors I’ve made along the way with installing car seats and childproofing, we’ve also included those components as well into our safety course.

Wise people learn from the mistakes of others

This is the real-life story of my girl needing CPR twice as a baby. Many of the things that have happened in my own years of twin parenting have led to our amazing programs at Twiniversity. The mentorship program, the monthly membership meetups, the expecting twins class, the breastfeeding twins class, and everything else, are all part of my goal to make sure that twin parents around the globe can learn from my mistakes. There’s no reason you have to learn things the hard way, just because I did. 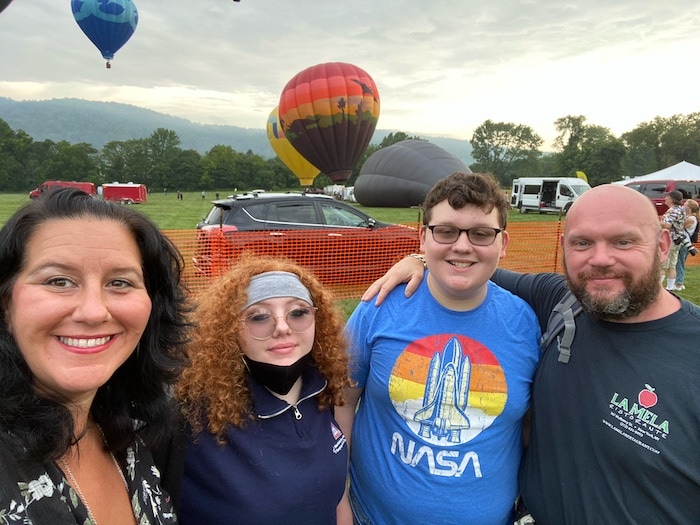 Natalie Diaz is the Pied Piper of twin families around the globe. Founding Twiniversity — the world’s leading support network for multiple birth families — in 2009, she’s become the global influencer for this small niche community. Natalie is a true connector, bringing parents from all walks of life together, breaking past cultural differences, to share in the highs and lows of parenting twins. Natalie’s book, “What To Do When You’re Having Two” is a global bestseller in Twins & Multiples Parenting. Natalie is a Certified Lactation Counselor and a Child Passenger Safety Technician.