Home » Seeing Double? It Turns Out There Really Are More Twins Being Born 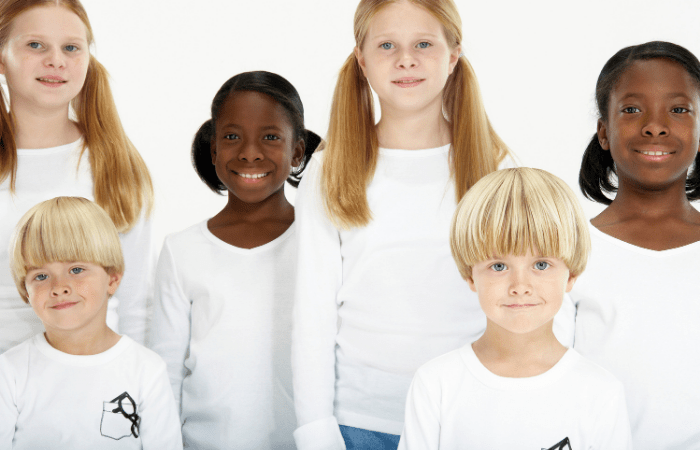 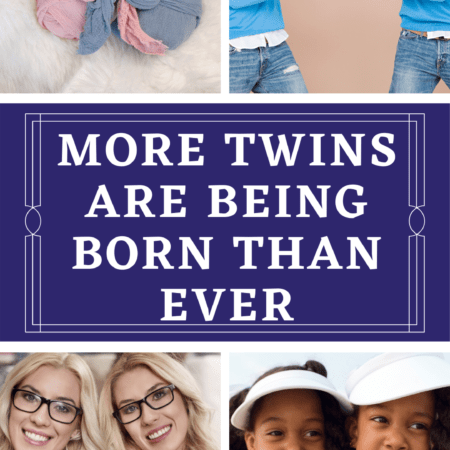 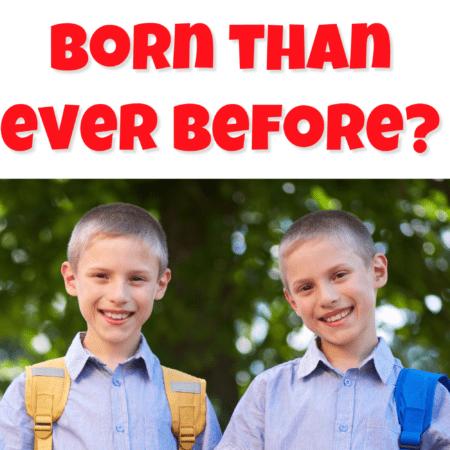 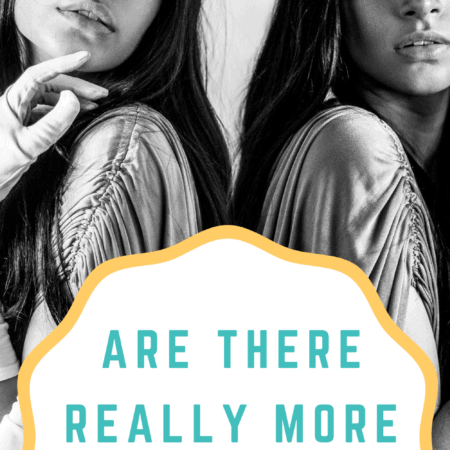 If you think you are seeing more twins in the world, your suspicions have been validated. A new study confirms there are more twins being born.

Are you seeing double around town? I mean, more than usual. I distinctly remember exactly 1 set of twins when I was in high school in the 90’s.

In all my life, I will never forget sending my twins into kindergarten 12 years ago and realizing there were FOUR sets of twins between the 4 classes. That’s more sets of twins than I had even met combined at that point in my life. YIKES!

As it turns out, there are actually more twins being born in the world now than there were 30 years ago.

One of the worlds’ leading reproductive medical journals called Human Reproduction has just completed the worlds’ first global study that confirmed what many of us twin parents already knew. The paper came out on March 12, 2021. It said that there ARE more twins being born now than in the past.

What would you say if I told you that there are 1.6 million sets of twins born every year? That means that the rate of twin births is 12 in every 1000 live births and 1 in every 42 children born is a twin.

Think back to the 1980s and remember that that rate of twin births was considerably lower, at just 9.1 in every 1000 live births. What we gather from this information is that twin births have gone up by a third in the last 30 years.

This new study found that the most obvious reason for this increase is the use of medically assisted reproduction (MAR). MAR includes the use of IVF, artificial insemination, and ovulation stimulation.

The rate of monozygotic twins is still roughly 4 in 1000 and largely unchanged with the increased use of MAR. The increased twinning rate is entirely made up of dizygotic twins, which we know is likely due to MAR.

If you really think about it, it makes sense. Most people know someone who had multiples with the help of MAR in some way. So, this comes as no great surprise to me.

Another aspect of the study finds that women are delaying family planning as the years go by. Back in 1970, the average age for a first-time mother was 24.6 years old. As of 2020, Forbes magazine says that number is up to 26 in the US. The average is older at 31 in much of the developed world. This means that more twins are being born due to multiple causes. For one thing, we twin moms know that maternal age of 30 or greater equals an increased chance of spontaneous dizygotic twins. Also, with increased maternal age there is a greater chance of the need for MAR which increases the likelihood of twins.

Where do we go from here?

Research suggests that we have reached the peak of the increases in twinning rates. They think this is especially true in higher-income, developed countries like the U.S. and parts of Europe. In these places, there is more focus on singleton births with the use of MAR. This is possible now that these fertility strategies are becoming more advanced.

With regards to this new study and its findings, Professor Christiaan Monden, of the University of Oxford (UK), the first author of the study, said: “The relative and absolute numbers of twins in the world are higher than they have ever been since the mid-twentieth century and this is likely to be an all-time high. This is important as twin deliveries are associated with higher death rates among babies and children and more complications for mothers and children during pregnancy, and during and after delivery.”

What about low-income countries?

We have known for years that the continent with the highest occurrence of twins is and has been Africa. That is not likely to change any time soon due to genetic factors. While the rest of the world may be leveling off and even slowing a bit when it comes to twinning rates, Africa will likely remain unchanged. It is important to note this given that they have a higher rate of complications to mothers and babies. These mothers also have less access to much-needed healthcare resources during twin pregnancy and birth.

Professor and co-author Jeron Smits says there are important implications to be drawn from this study, regarding more twins being born in low and middle-income countries. He states, “Because infant mortality rates among twins have been going down, many more of the twins born in the second period of our study will grow up as twins compared to those born in the early 80s. However, more attention needs to be paid to the fate of twins in low and middle-income countries. In sub-Saharan Africa in particular, many twins will lose their co-twin in their first year of life, some two to three hundred thousand each year according to our earlier research. While twinning rates in many rich Western countries are now getting close to those in sub-Saharan Africa, there is a huge difference in the survival chances.”

Researchers are quick to note that twin pregnancy, birth, and pediatrics are not followed as closely in low-income countries as they are in high-income countries. They say that until this is rectified, statistics are not entirely conclusive, but we can take a pretty good educated guess as to the mortality rates among young twins. At the moment, that seems to be the best they can offer.

Will there be more twins being born in the future?

The study concludes by stating, “Most data suggest we are at a peak in high-income countries, especially Europe and North America. Africa will be one of the main drivers in the coming decades,” said Prof Pison. “We might see a combination of lower overall fertility, older ages at birth, and more medically assisted reproduction. The former would lead to lower twinning rates, the latter two to higher twinning rates. The net effect of these different drivers is uncertain. Due to their size, India and China will also play a major role. In both cases, medically assisted reproduction might increase twinning rates, while further declines in fertility are more likely in India than in China. Again, the net result is difficult to predict. Advances in IVF make it more likely than not that in the future we will see fewer twin births as a result of IVF.”

So, I guess you could say the jury is still out with respect to the twinning rate reaching its peak. Researchers will check in with new data in the early 2020s. Only then can they confirm that rates have leveled off higher-income countries as a result of the advances in MAR.

For now, let’s just enjoy that there really are more twins being born. This makes us a little less of a side-show when we venture out with our own twins.