Home » What is TAPS? Learn About Twin Anemia Polycythemia Sequence 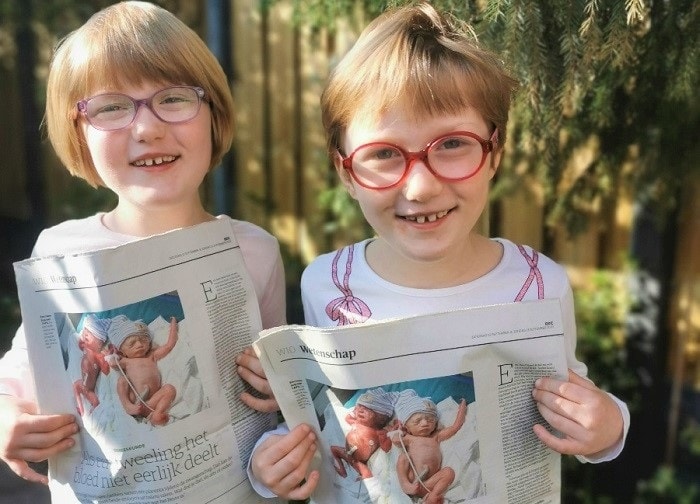 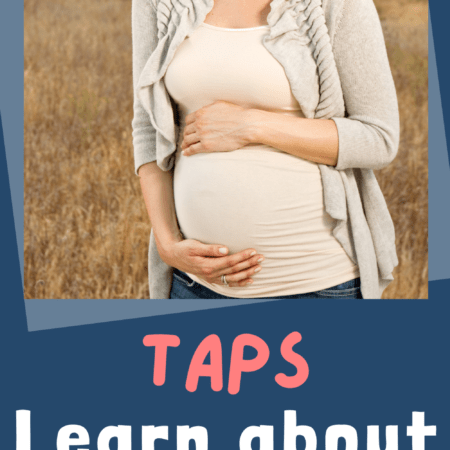 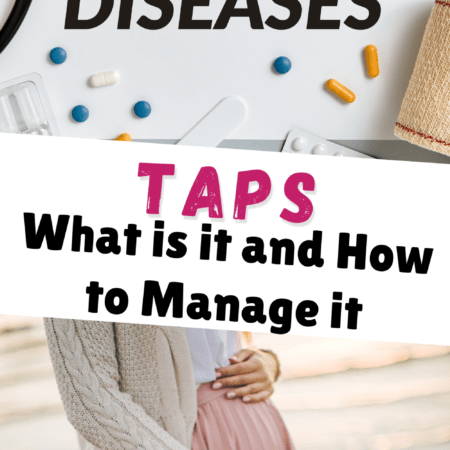 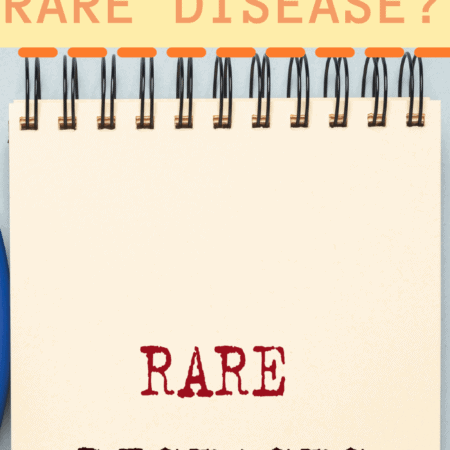 All content on this Website, including medical opinion and any other health-related information, is for informational purposes only and should not be considered to be a specific diagnosis or treatment plan for any individual situation. Use of this site and the information contained herein does not create a doctor-patient relationship. Always seek the direct advice of your own doctor in connection with any questions or issues you may have regarding your own health or the health of others.

Have you been diagnosed with TAPS? Not sure what it is or how to manage it? Read one twin moms story and learn about this rare disease today!

Hi there! I’m Stephanie Ernst, and I’m the founder of the TAPS Support Foundation. We raise awareness about a rare disease that affects twins sharing a placenta called Twin Anemia Polycythemia Sequence. We also raise funds for research through various projects and dabble in the occasional research paper ourselves. I think it’s something that every twin parent should know about, and I’m going to tell the world about TAPS.

But why am I so passionate about this?  Let me tell you a little about my story.

Back in 2013, I fell pregnant with identical twin girls. Definitely a surprise for us! I went to my doctor, and he was wonderful (seriously, I fell in love with his bedside manner and might have developed a bit of a crush!). He explained everything well and told us about how close we’d be monitored, and they’d watch for Twin-Twin Transfusion Syndrome (TTTS). To be honest, I was overwhelmed with the fact I was having twins, and I trusted him to look after my pregnancy.  And he did a great job.

My 20-week ultrasound went great; we discovered it was girls. While I was diagnosed with a shortened cervix, I had an Arabin Pessary placed, and things were fantastic. Right up until 24 weeks.

At 24 weeks, it was discovered that I had developed stage 1 TTTS. Looking back, I realize that there were signs there for me, with a constant heaviness and backache and a tight belly, but this was devastating news. I was immediately referred to a university hospital that confirmed the diagnosis. They watched us closely over the coming days, and surprisingly my fluid levels stabilized. However, they were also watching my girls for another disease.

Over the next 7 weeks, we were watched very closely for TAPS, and the numbers steadily got worse. At 31 weeks, I went for a routine appointment, and the decision was made to deliver the girls.  They were born 2 days later and diagnosed at birth with stage 3 TAPS.

Fortunately, due to fantastic care and attention to my case, my girls are now happy, healthy 7-year-olds.

Twin Anemia Polycythemia Sequence is a rare disease that affects twins sharing a placenta. It’s caused by tiny connections in the placenta that only allow red blood cells to move from one baby to another.

This causes one twin to become anemic, with blood like rosé wine, and the other with blood as thick as ketchup, known as polycythemia.  There are also other signs of TAPS on ultrasound, which are essential to know about. A starry sky liver, bright-looking placenta, and enlarged heart are all warning signs.

There are 2 forms of this rare disease – spontaneous TAPS, which happens in around 3-5% of these pregnancies. A rarer form happens after TTTS laser surgery, knowns as Post-laser TAPS

TAPS can be diagnosed before birth, using doppler readings on the babies’ brains (called Mid-Cerebral Artery dopplers) and after birth, using blood counts. It’s important to remember that a color difference can be an indicator. Still, it’s essential to get the proper blood testing done, as the wrong treatments can cause problems for the babies. Acute TTTS and TAPS look similar at birth.  The diagnosis is also confirmed with pathology on the placenta. The placenta is injected with colored dyes to check the size and type of connections. The maternal side will show a color difference.

TAPS can also be treated – we don’t know the best treatment yet, but that’s something that the TAPS trial is investigating. Treatment depends on the severity of your case and how far you are into your pregnancy. The most common treatments are laser surgery (using the Solomon technique), in utero transfusions, early delivery, and “watch and wait,” which is possible because this disease moves slowly.

TAPS has no increased “risk window” like TTTS either.  It can happen anywhere between 15 and 35 weeks without notice.

One thing to point out here is that it’s commonly said that TAPS is a form of TTTS. This is actually incorrect. TTTS And TAPS are both forms of feto-fetal transfusion, but this is where the similarities end. They have different diagnostic criteria, staging systems, treatment options, and different long-term outcomes. TAPS has only been studied for the past 15 years, and we know a lot about it. The problem with calling it a form of TTTS means that it can often be overlooked in screening, and patients may assume they are being screened for it when they aren’t.

Why is it so important to know about TAPS?

TAPS is a rare disease that is controversial. There are many myths about it and a lot of misinformation. Unfortunately, worldwide, screening protocols often don’t support checking for this rare condition.

Post-laser TAPS has a high rate of donor twins becoming seriously ill or dying before and after birth.  Spontaneous TAPS donors are at an increased risk of deafness and cognitive delays.

Many people are saying that this is just because of routine prematurity issues, but the question remains that why are donors 4 times more likely to be affected than recipient twins?  Clearly, we need more research into TAPS, but this starts with introducing routine screening into caring for twins.

We also need to change our language and remember that it isn’t a form of TTTS but a separate, serious disease with severe long-term consequences.

It’s a simple memory trick we designed to help you remember the tests you need at each appointment.  Make your MFM your BBFF

Starting at around 16 weeks, you should be referred to a Maternal-Fetal Medicine specialist for a thorough examination every 2 weeks. International guidelines support this.  The checks you’ll need are:

Brain – MCA (middle cerebral arterial) dopplers done and recorded. (and checking for those other signs of TAPS)

Bladder – are both bladders present?  (TTTS)

Fluid – check the deepest or maximum vertical pocket for each baby. (TTTS)

Flow – Umbilical cord dopplers checked, and is the flow forward, reversed, intermittent or absent?  What are the cord insertions?  (SIUGR/SFGR)

Every 4 weeks, you should also have the growth checked of both babies.

This is our simple way to remember the tests you need, and you can find out more here.

The chance of having identical twins is around 3 in 1000 births.  Spontaneous TAPS affects just 3-5% of this already small group.  Every year, the TAPS Support Foundation participates in Rare Disease Day!

They’re different diseases with different diagnostic criteria and outcomes.  However, between 9-18% of TTTS cases will also present with signs of TAPS.

Unlike TTTS, this disease doesn’t have fluid differences that can cause the symptoms for moms. That’s why MCA dopplers are so important, as they’re the most reliable way to detect it.

While there are descriptions of TAPS in papers going back to the middle of the last century and historical depictions of its’ symptoms, it only got its name in 2006.

While many screening guidelines won’t support looking for TAPS, and some doctors won’t screen for it or treat it, This disease has severe long-term outcomes and can be deadly.

If you would like more information about TAPS, why not visit our website? You can also visit our foundation’s website and discover more about the things we do and our upcoming projects.

And suppose you’re a patient, or doctor, researcher, or family member. In that case, you’re more than welcome to join our Facebook community here. We’re one big family, connected by a diagnosis. We can help you advocate for care, give you access to papers to support your case, and also, it’s a safe place to grump about the disease that connects us. You’re never alone in your TAPS diagnosis – we have your back.

is a freelance writer and self-proclaimed TAPS Nerd. She’s the TAPS Support Foundation‘s founder and spends her free time raising awareness of the issues facing parents of twins.  Her own experience with Twin Anemia Polycythemia Sequence (TAPS) and feeling the isolation of this diagnosis drives her determination to change screening protocols worldwide, support twin research, and raise the profile of multiples’ rights.