Home » 7 Signs of Twin Pregnancy You Should Know 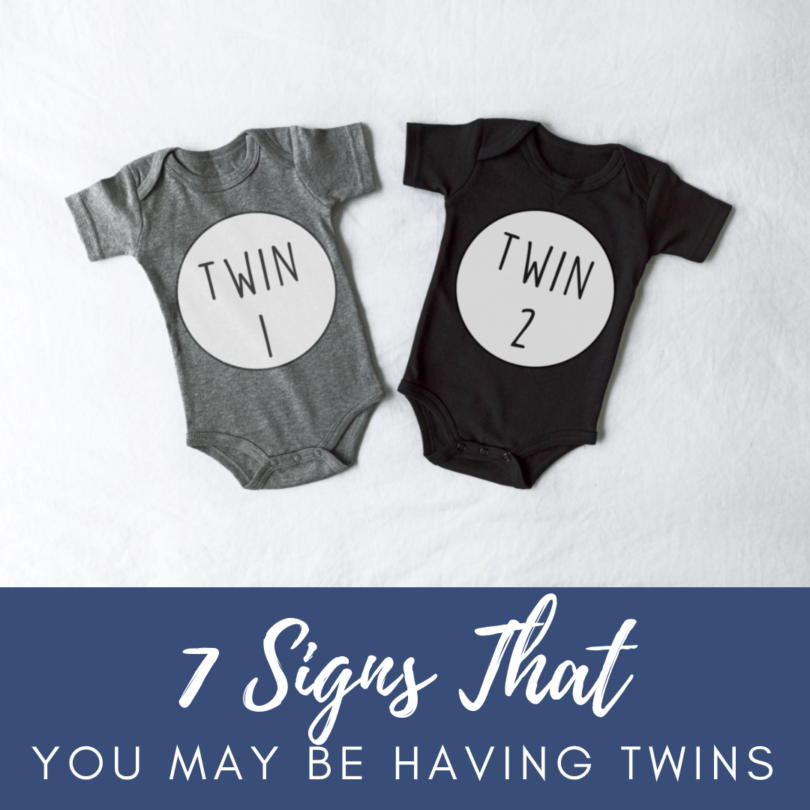 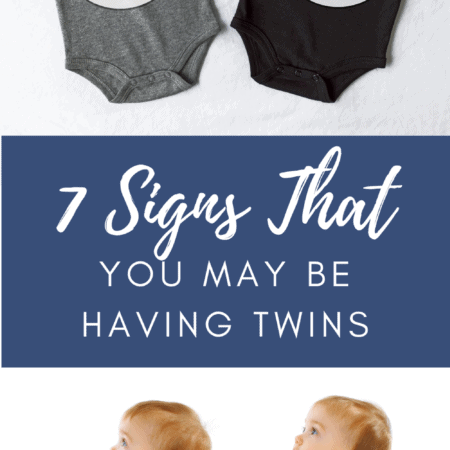 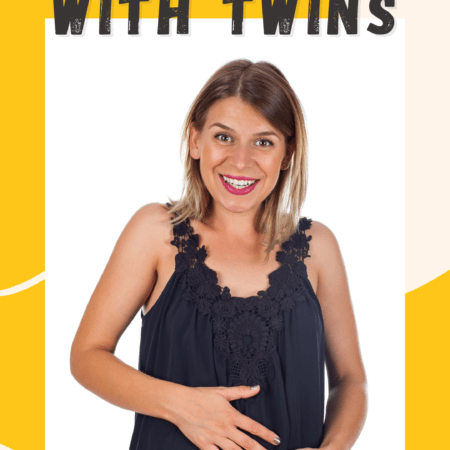 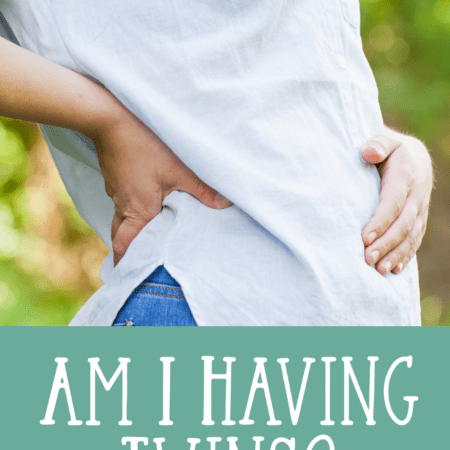 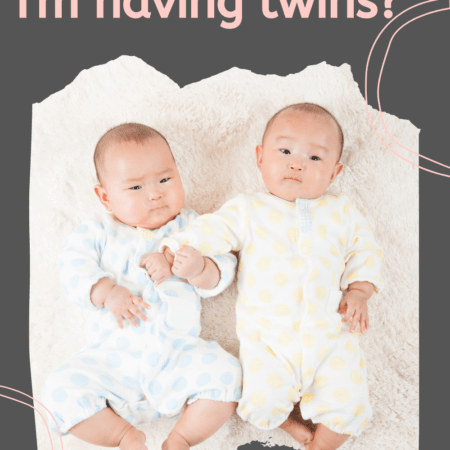 You’re starting to feel crampy, but your period hasn’t arrived. You’re having frequent urination, breast tenderness, your heart rate feels off, and you just have a nagging feeling that something is off. Could it be?? You take a home pregnancy test, and BOOM! You’re pregnant! YAY!! Congratulations!! But this pregnancy feels… different. You can’t put your finger on it, but you have a feeling that you may be having twin babies. At this point you have no proof that you’re having twins, but are there signs of twin pregnancy that you should know about?

What are the earliest signs of twin pregnancy?

There are many signs of twin pregnancy, some of which can be the same as those for a single baby and others that may be different. But how can you know for sure if you are pregnant with twins? Here are seven signs that you may be pregnant with twins.

#1 You have characteristics that increase the odds of twins

Does your aunt mention that you have to “be careful” at every family gathering because “twins run in the family”? This is a sign that the women in your family are prone to hyperovulation, which means they release more than one egg during ovulation. If you already have fraternal twins in your family, the odds of you having fraternal twins are greater than for the average person.

If you are reaching your mid-to-late 30s or beyond, you may also be more at risk of getting pregnant with twins. As fertility declines with increasing age, you are more likely to release multiple eggs in a given ovulation cycle. This increases the risk factors of having twins.

Now, don’t panic! While there is a higher chance of you conceiving twins if you have these characteristics, it doesn’t mean that you absolutely will conceive fraternal twins. It just means that the odds are more significant than with most people.

#2 You have elevated hCG or AFP levels

One of the earliest signs that you may be pregnant with twins is elevated hCG levels. hCG (human chorionic gonadotropin) is the pregnancy hormone that your body releases after conception. AFP is another protein that your body releases during pregnancy, and it helps the placenta to develop properly. The protein makes a pregnancy test turn positive and can be detected in your urine as early as six days after conception. The likelihood of a multiples pregnancy increases with higher hCG values. AFP levels will also be higher in women who are pregnant with twins; this can be determined only by an AFP test.

One sign that you may have two buns in the oven is your belly may be growing much faster than your due date. If you haven’t had a chance to have your belly measured, ask your doctor or midwife if it’s safe for them to do so. Your provider may be able to estimate how big the babies are by measuring your belly, even though they won’t be using an ultrasound until later in pregnancy to confirm that there are actually two babies in there.

Having a hard time keeping your eyes open? Severe fatigue during the first trimester may be a sign that you are pregnant with twins. Some women complain of feeling lethargic and tired during their entire pregnancy, but in cases of multiple pregnancies, it is more common to feel severely fatigued early on. This is because your body needs more rest due to the extra energy your body is burning to create two babies. Sneaking in naps throughout the day and making sure to go to bed early each night is how you can deal with this fatigue.

If you are showing early, it’s possible that you are pregnant with twins. Some women never show at all, or only show a little bit during their first trimester. Many pregnant twin moms start transitioning to maternity clothes around 10 weeks because it’s too uncomfortable to wear their jeans and pants. It’s not uncommon to need a larger bra and size up in your pre-pregnancy shirts during the first trimester with twins.

However, not all women experience a rapid weight gain with twin pregnancies. If you are experiencing bad heartburn or extreme nausea, you may be having a hard time keeping food down, which may lead to weight loss. Talk to your doctor if this is the case because you may be able to get some pregnancy-safe medication to help with those symptoms.

You have a sneaking suspicion

Sometimes you have no twin pregnancy symptoms; you just have a sneaking suspicion. It’s actually quite common to believe that you might be pregnant with twins based on your intuition even if there are no early signs of twin pregnancy. If you got a positive home pregnancy test, call your healthcare provider to get in for a blood test and ultrasound as soon as possible to confirm (or disprove) your suspicions.

How twin pregnancies are confirmed

The only way to know if you are truly pregnant with twins is with an ultrasound scan, typically performed in the first trimester of pregnancy. When you meet with your doctor or midwife for an early prenatal visit (usually done 7 to 8 weeks from the first day of your last menstrual period), they will perform a pelvic exam and an ultrasound to confirm the number of babies. If both a pelvic exam and ultrasound show two fetuses, you are officially diagnosed as being pregnant with twins! We recommend that you bring in your partner and have them look at the ultrasound images with you so you can get the news at the same time.

If you are going through fertility treatments with a reproductive endocrinologist, you may find out that you are pregnant with twins earlier. After your treatment ends, your doctor will order a blood test for hCG levels. A quantitative hCG (Q-hCG) test (also known as a beta test) is more sensitive and will pick up lower levels of hCG in your body than what can be detected by an early pregnancy test kit. If the results come back positive, you’ll be scheduled for a second blood test a few days later to ensure the numbers are rising appropriately. If the numbers are rising, you’ll be scheduled for a vaginal ultrasound within a week or two and at that appointment, your doctor will be able to see if you’re having twins.

From increased morning sickness or fatigue lasting 14 weeks into your pregnancy to measuring ahead earlier than expected, there are many indications that you might be pregnant with twins. If you plan on getting pregnant soon, consider these factors so that you can prepare for carrying two babies at once!