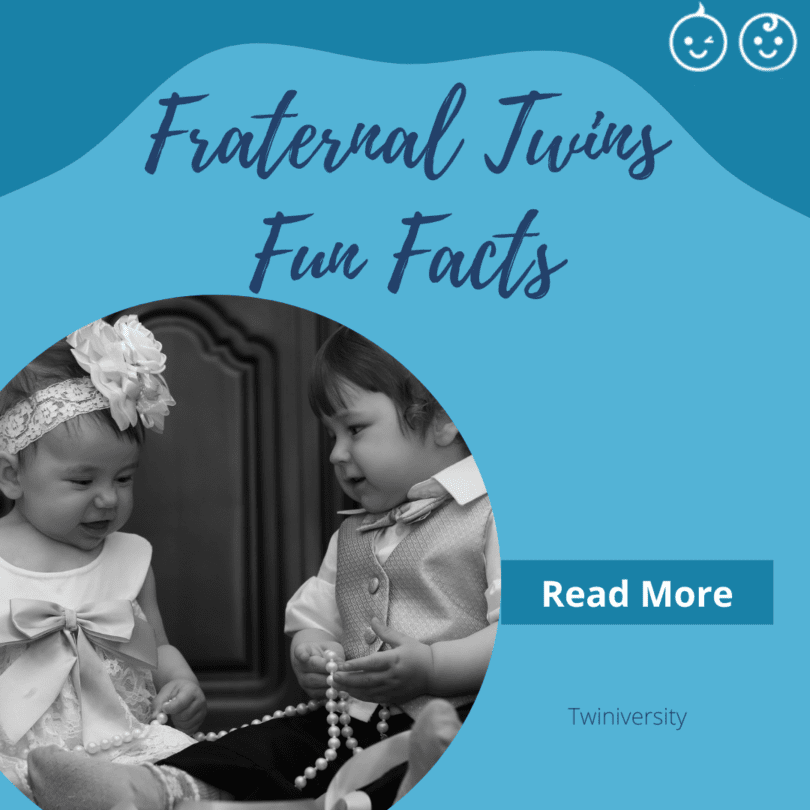 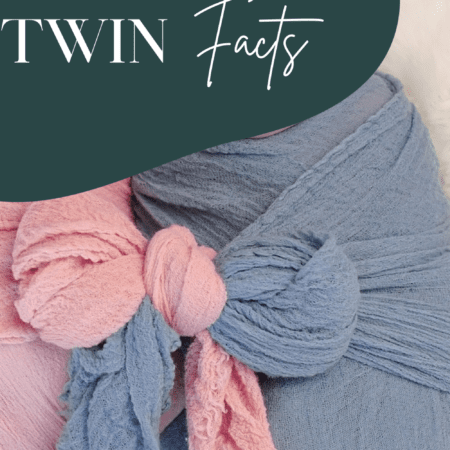 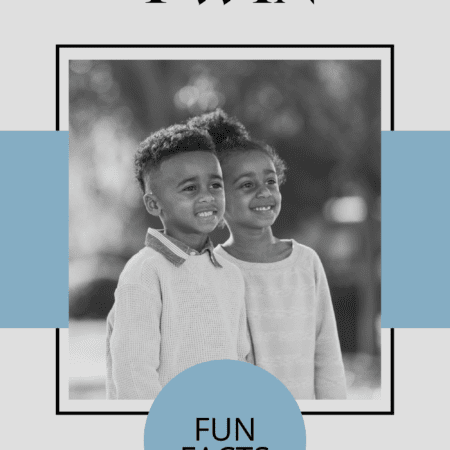 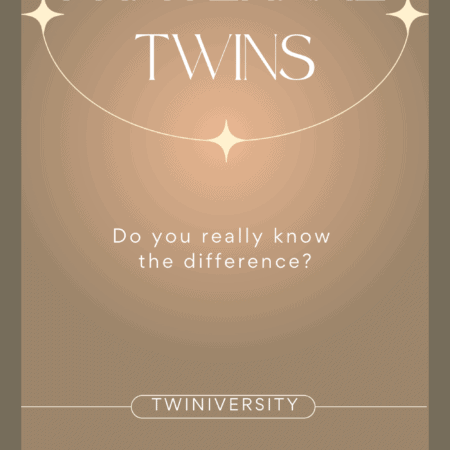 Did you just find out you’re pregnant with fraternal twins? Not sure what that even means? Keep reading and we’ll fill you in!

Fraternal twins are two different children of the same parents, who can be either male or female and they happen when two separate eggs are fertilized by two different sperm cells. These children often look different from one another. Fraternal twin siblings also share 50% of their genes with one another which is why they share some features like eye color, hair color or height.

They can also look very similar. They can have the same eye and/or hair color or be of similar heights, just like many other siblings.

Are you confused yet? How is this different from identical twins? What type of twins are yours? Do you know?

Not to worry. We’ll break it down for you and address the common myths so you can get your head around a fraternal twin pregnancy.

Learn what fraternal twins are, what they are not, and how they differ from identical twins starting at conception.

What are fraternal twins?

Fraternal twins are two different children of the same parents, who can be either male or female, or one of each. They happen when two separate eggs are fertilized by two different sperm cells at the same time, forming two embryos.

These twins are formed separately. What that means is that the two embryos form and have their own placenta and amniotic sac. These twins are often referred to as dichorionic diamniotic. Di di twins can be either dizygotic twins (fraternal) or monozygotic twins (identical).

DNA test kits are easy to purchase online and the test is a simple swab. Try a quick search in your local twin club to see which one might be best for your family. They are typically around $100 and have a turn around of just a few short weeks.

The uniqueness of fraternal twins

These children often look different from one another. The thing that we find most fascinating about fraternal twins is that genetically speaking, they are no more alike than any other pair of siblings but they are in the womb at the same time!

If you think about it, it is pretty spectacular that these special twins are two independent babies who form at the same time in the same womb. How cool is that?

How do they differ from identical twins?

Fraternal twin siblings also share 50% of their genes with one another which is why they share some features like eye color, hair color or height. Since only half of their DNA is the same, they may have many different features, just like any other siblings might.

Do they look alike or different from one another?

For that reason, fraternal twins may be very similar in looks, but are mostly easier to tell apart than their identical counterparts. If you have seen a set of twins where one of them is tall and red-headed and the other is unusually short with blonde hair, they are fraternal twins.

On the other hand, if you have di di twins who you were told were fraternal without DNA testing done, and you and others have a hard time telling them apart as they get older, you might want to consider that they might be identical and order a twin zygosity test kit.

Twins are defined as two babies that are produced in the same pregnancy. So, yes! Fraternal twins are definitely “actual” twins, despite their different genetic makeup!

Dizygotic twins differ in genetics, not in gestation, per say. For example, I have a younger brother who is about 4 years younger than I am. He and I are no more or less alike than dizygotic twins.

What makes fraternal twins so special is that they are actually growing inside their mother’s womb at the same time. They each grow independently of one another. These ones really are something special, aren’t they?

Are fraternal and identical twins the same thing?

It is also important to note that your medical care may differ if you are carrying a monozygotic pregnancy. Identical twins come with greater health risks. You would need more scans and appointments to stay on top of any health conditions or concerns that crop up to affect you or your babies. A di di pregnancy is lower risk so having fraternal twins doesn’t have to be so scary. With fraternal twins, your risk a premature birth isn’t much higher than any singleton pregnancy. That”s great news!

What are my chances of having fraternal twins?

Your chances of having dizygotic twins is pretty low, for the most part. There are a few genetic and environmental factors that can make a fraternal twin pregnancy more likely. These factors include:

Do twins come from the mother or the father?

Twins come from the mother’s side. Fraternal twins are often the product of hyper ovulation which is passed from mother to daughter, and so on. So if your husband is a twin, it will make no difference in your odds of giving birth to twins. That’s not to say it couldn’t happen. It’s just no more likely than anyone else.

Can twins be adopted together?

Yes, twins can be adopted together. To be honest, it would probably be best for twins to be adopted out together and we have spoken with a few families who have adopted twins together. Keeping them together is obviously a good idea, if possible.

Twins only make up about 3% of the population and dizygotic twins make up a large percent of those twins. The vast majority, actually. So when you consider twinning rates, it is pretty unlikely you will have twins. But if you do have twins, when it comes to the type of twin pregnancy, chances are they are fraternal. Knowing about the types of twins and the twin birth rate before you give birth to twins of your own will be helpful in the future. There is a lot of misinformation out there about fraternal twins. Hopefully you have a better handle on the different twin types and how they happen.

The Biology of Twins: Do You Know The Science Behind Your Twins?