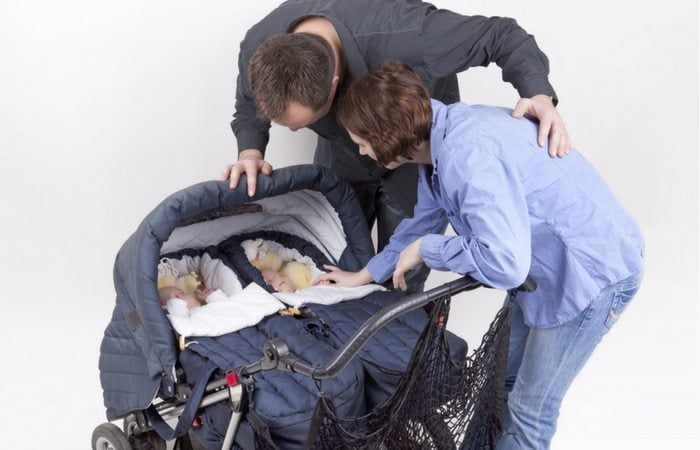 I would like to know how other twin mommas handle strangers touching your babies in public. It’s cold and flu season and I don’t want them to get sick, especially since they were preemies. What is the nicest way to tell someone to back off?

Here’s what out Twiniversity fans had to say!

– For me personally I don’t feel you owe any stranger an explanation. Just simply and politely say please don’t touch them. I don’t understand why people think it’s ok to just randomly go up to a mom of multiples and touch them.

– We would just throw hand sanitizer at people like we were in a parade! Here, have some! There were people that we offended that would try to touch the boys and we didn’t care because really when they have been preemies, it can be very serious. We did take the time to explain to people why we didn’t want them to touch their hands or their face. Some people never understand until they have been in our situation.

– I’d say “we’re just getting over a stomach virus!” or something to kind of freak them out. A lot of people are just well wishers and curious and don’t realize that they can be a bit too intrusive or even spread harmful germs. 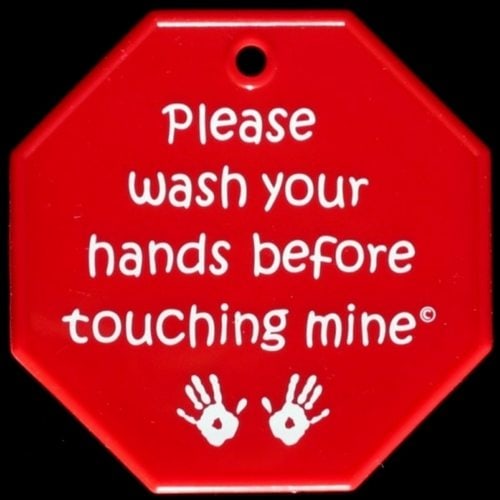 – I always thought it was very kind of strangers making a connection. When people have touched my twins’ hands I just sanitize their hands when they leave. When strangers admired my twins it made me feel connected with another adult for a few minutes in those very long and isolating days. I didn’t worry about a “stranger’s hands” vs. the things my singleton brought home from school, or all the germs that are everywhere – shopping cart, steering wheel, money, can foods, etc. I also figured that exposing them to germs will help build their immune system. This logic helped me from over analyzing all the worst case scenario’s.

– I try to stand in a way between my boys and the stranger that would make it awkward if they tried to touch them. They would have to reach around my whole body to get to them. I try not to come to a complete stop when someone speaks. I might slow down a little to accept the compliment or whatever but I just keep moving so there’s not really a chance for people to approach us.

– When my boys were tiny, I used to put myself between the stranger and them if they were intrigued and asking questions. As we got better at the stares and questions, we would keep our heads down and keep moving. I found that if you don’t make eye contact many will not come and ask questions or touch.

– I try not to make eye contact, pretend I didn’t hear the person, and keep moving. I’m also prepared to physically prevent someone from touching them by batting their hand away or blocking. You don’t owe anybody anything just because you have twins.

– I have canopy covers and leave them closed in public. If someone looks like they are sick or even coughs or sneezes I turn around and go the other way. I don’t act inviting to strangers that ask questions or act like they are interested in them and they usually don’t stick around.

– I have found that when I wear my twins people are less likely to try to touch them . Still occasionally happens but it’s easier to back up and evade them when not in a stroller. If babywearing is an option for you, I’d strongly recommend it!

– I have thought of printing a t-shirt for myself saying “Please don’t touch my babies at all!” My husband is really good at dodging strangers, he just ignores them, and walk past before they can even think of touching them.

– I’m just one of those people that say don’t touch them or I walk away completely.

– You don’t owe stranger anything just say “Please keep your hands to yourself.” If you need to, stick your hand out and say “No, please don’t.” They will probably give you a dirty look but oh well.

– I think people just love babies in general and are also fascinated by twins/multiples. We would have people send their children over as well and say “go see the babies”. I would redirect them back to their parents and tell well wishers they could look but not touch. It really doesn’t matter if someone is offended. Anyone with children should simply understand.

– I’ve told some that my twins have the sniffles and I don’t want to get YOU sick by touching them.

– If I see a stranger approach I just keep the stroller moving back and forth – it’s tough to touch a moving target! 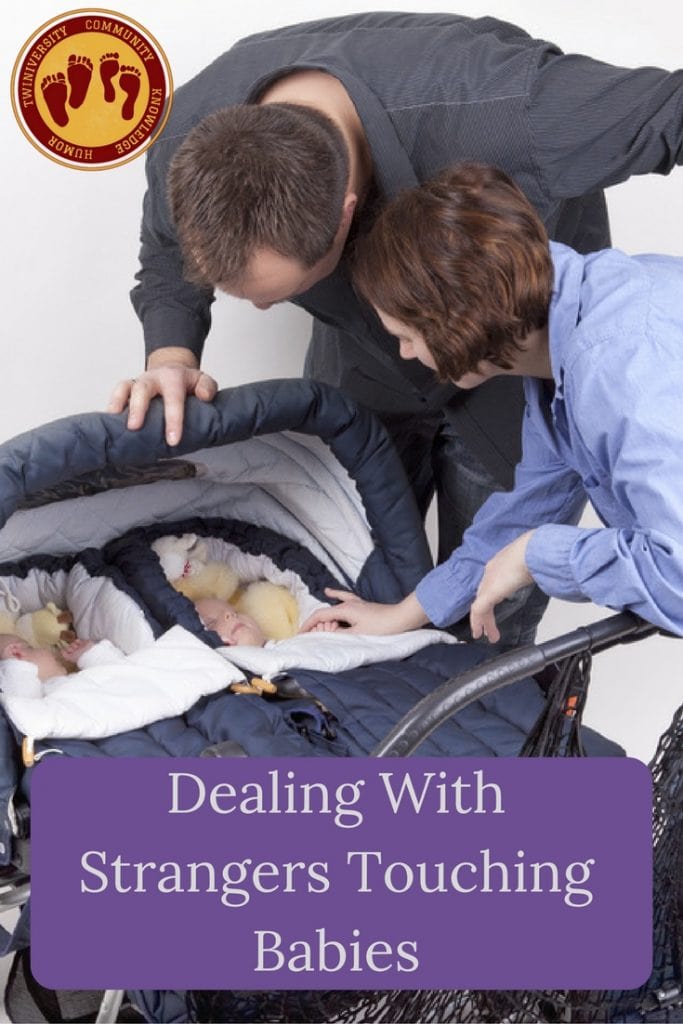 – Don’t worry about their feelings, just tell them straight up don’t touch!

– A woman in the supermarket wanted to hold one of ours, I said, “No he bites.” Which is partially true!

– I used a rain fly on my jogger, and blankets on top of the car seats on my double tandem.

– Babies can make a mom very protective especially if there are any health/safety concerns. If people don’t listen to you, you could always say that their doctor recommended limited exposure to others due to health concerns, especially during flu season.

When Strangers Cross The Line

10 Tips To Protect Your Kids From Stranger

What is “Baby Role Play? How Strangers Are Abusing Your Child’s Photos Online