Home » One Twin Loves to Breastfeed and The Other Doesn’t 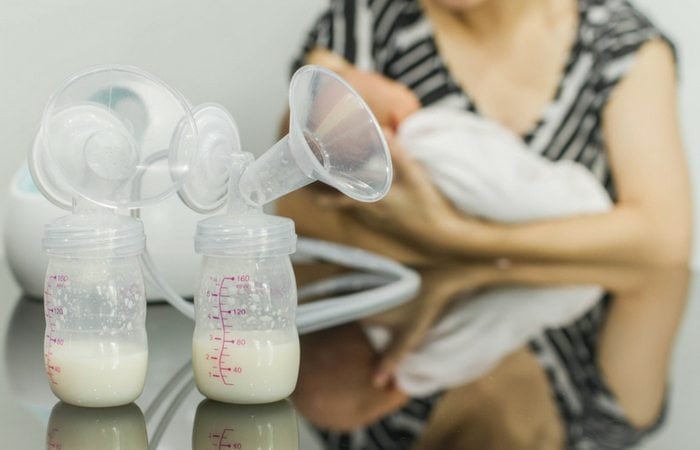 When I was expecting my twins – babies number four and five for us – I knew I was going to breastfeed. The question was only how much, if any, supplementing we would need to do. I was, after all, an experienced mom who successfully nursed two of our first three babies. I carried the twins for over 38 weeks, so their sucking reflex shouldn’t have be a problem. I had this tandem nursing pillow and even ambitiously brought it with to the hospital. I envisioned my newborns holding hands as they happily nursed beside one another. It would all be rainbows and unicorns and sweetness!

What we did not anticipate is that one of our twins would spend days 4-13 of life in the NICU for Hirschsprung’s disease. Due to this she was not allowed to take nourishment by mouth for five of those days. Once she could eat again, her milk had to be carefully fed in small quantities to make sure her recovering gut could handle it, so a bottle was introduced. Soon we found ourselves home with one baby who had been with me, nursing frequently, and another who was just learning how to suck and swallow and only seemed to want to do so with a bottle.

This presented a number of problems, the first one being mama guilt. I had suffered two postpartum hemorrhages, one just after birth and another at 9 days, and my milk production had suffered. I refused to feed our sick baby formula as her congenital disease is one that causes chronic constipation. I had one baby who loved to nurse who was, now that her sister was home needing more of my milk, being fed at one point almost ¾ of her calories from formula. The other baby, who refused to nurse, was being fed only breast milk, only from a bottle. Anyone who has experienced the absurdity of postpartum hormones can picture the many ridiculous directions of my fruitless mama guilt.

I sought help from a lactation consultant and a speech therapist who specializes in infant feeding difficulties. Although they were not able to get my baby to latch successfully as quickly as I had hoped, they did give me some very useful advice. 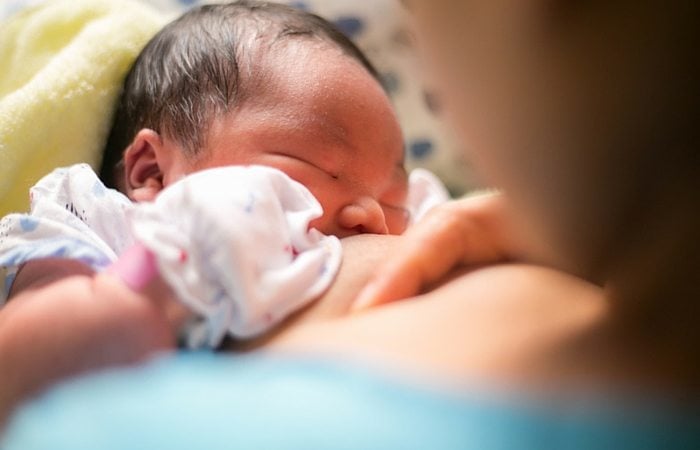 They showed me how to position my baby for bottle feeding (on her side, on a nursing pillow) so that her bottle feeding position would be similar to our attempted breastfeeding positions. We tried nipple shields and a supplemental nursing system, both of which do the trick for some moms in my position, but did not work for me. I continued to offer the breast, but only once or twice a day and only for a minute or two, stopping once baby became frustrated. I nearly gave up, even stopping all attempts at the breast for two straight weeks at one point.

Over time, I increased my milk production by frequently breastfeeding the nursing twin and allowing the pump to run for ten minutes or so after milk had stopped flowing, creating a second let down, which both stimulated more milk production and gave me an extra few precious ounces per day. I developed a system where I would pump three times a day, and those were the times when the breastfeeding twin would get her formula supplements. I used this hands free pumping bra, which allowed me to pump without having to remove the bra I was already wearing and gave me the freedom to tend to the babies, pay bills, make a call or read a book.

I learned to breastfeed and bottle feed simultaneously when needed. Either on the tandem pillow or with the nursing baby propped up to my breast with a pillow and the bottle feeding baby propped lying on a boppy beside me. We became experts at traveling with breastmilk in cooler packs and a thermos of hot water to warm the bottle, along with a nursing cover for the other twin. 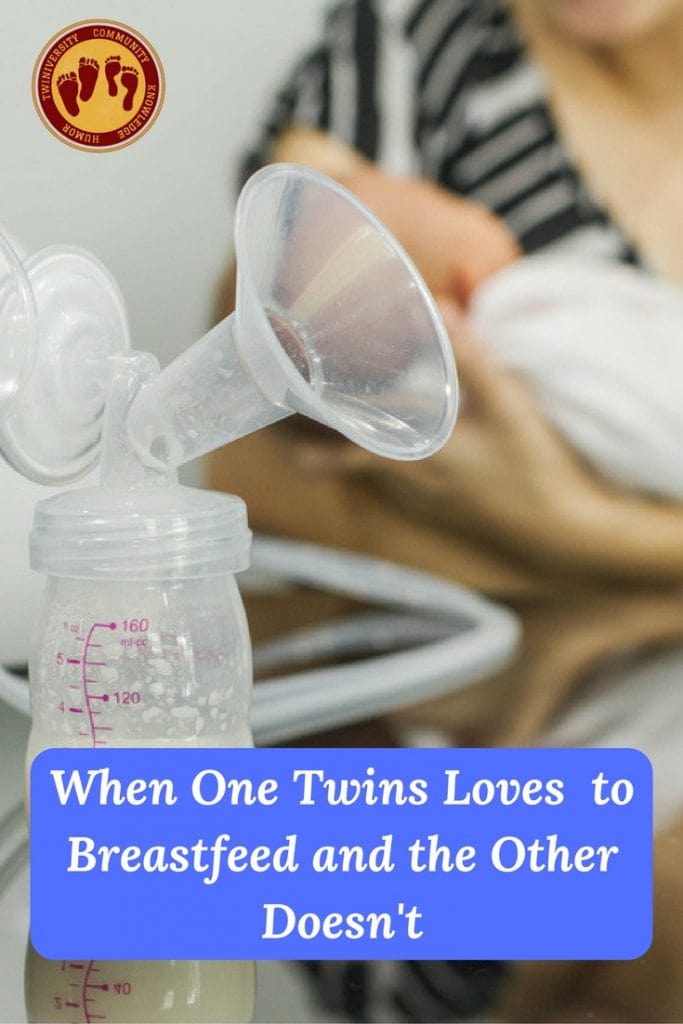 When the girls were about three and a half months old, I decided I was done being emotional about our situation. I realized that I had made feeding about the experience I wanted, not what the babies needed. Neither baby felt slighted by her method of receiving nourishment. I decided that I would continue to offer the breast once a day, when both of us were calm, but I would place no expectation on it.

A window opened up when one day my daughter’s rejection of the breast was less harsh. I offered it more frequently that day. Amazingly, she latched and began to suck and swallow! I dusted off the breastfeeding scale we had rented months prior and sure enough, she was taking in measurable amounts of milk! She needed to learn on her own time when she was comfortable, but she did learn to breastfeed at four and a half months. Now two months later she is still going strong. I nurse the girls both separate and together (although they do not hold hands, but rather they kick one another), and they are both doing great. Once both girls were latching, my milk production increased significantly and now we hardly need to use any formula. So with some patience with both myself and my daughter, we got to where I had hoped that we would (minus the rainbows and unicorns). However, I learned that it is okay to feed the babies differently and that it is possible to bond with them in either situation. Most importantly, mama guilt is useless and serves nobody. 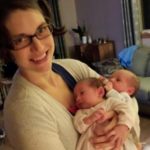 When One Twin Has a Chronic Illness