Home » Tips for Managing Your Babies Reflux Without Medication 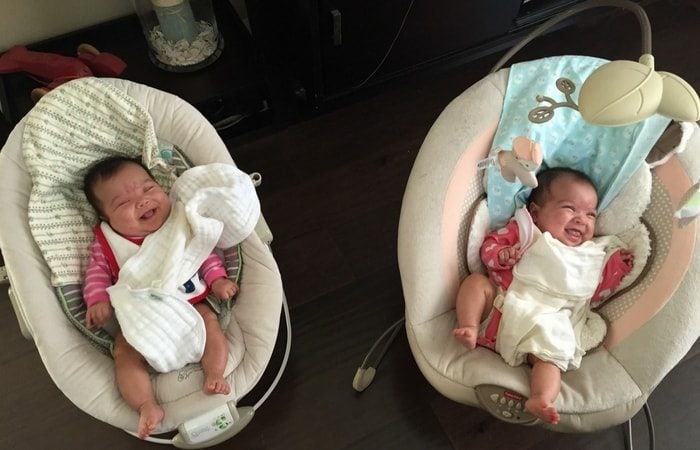 Our twins were born prematurely, and one of the long-term complications that we have been dealing with since we came home is gastroesophageal reflux. After 80 days in the hospital with countless medications, my husband and I really wanted to avoid medicating them for the reflux. I’m not going to lie, raising twins with reflux has been hard, but many of these tips helped make it a little more bearable. Over the past two years, we have learned (through much trial and error) what we could do to lessen its effects.

First, it is important to note that infant reflux is also called gastroesophageal reflux (GER) or gastroesophageal reflux disease (GERD). With my girls, they nursed well, and they were able to gain weight, but they woke up frequently at night and their reflux really interfered with their tolerance of physical therapy and tummy time. After discussions with our speech therapist, we decided to pursue some alternative treatments. Some infants with reflux will struggle to gain weight, cry uncontrollably from the pain, and have breathing issues or even chronic ear infections. It’s important to talk with your children’s doctor and therapists to come up with the best plan for them. 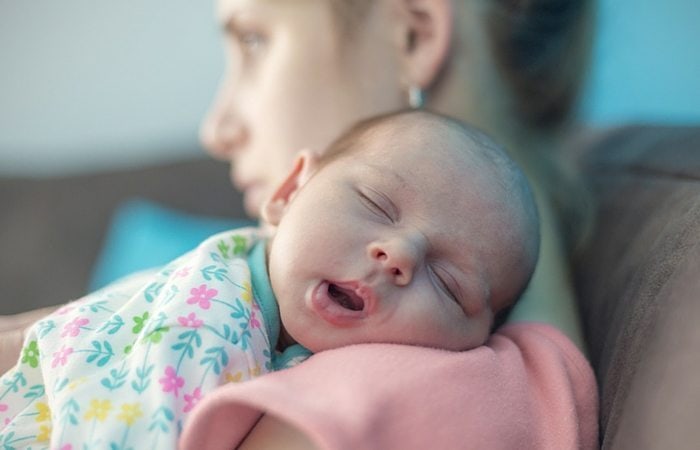 Place your twins in their bouncy seats after a feeding session to help with digestion. Don’t sit them too upright, since that can often put too much pressure on their stomach. Our speech/feeding therapist recommended we slightly elevate their mattresses, by putting a thick book underneath each one, so that the girls were elevated during the night as well. Talk to your twins’ pediatrician or therapists before making any changes to their sleeping arrangement, since the priority is safer sleep.

(Twiniversity Tip: If you don’t feel comfortable having them sleep with a book under their bed, you can use a Rock n’ Play which is a great positioner for sleep on a gentle angle.)

Something else to keep in mind is that as your twins become more mobile, different activities can also cause their reflux to flare up. For example, swinging and bouncing motions would often cause a momentary flare up in their reflux. Even today, if our girls are climbing around, we often notice them needing some quiet time after a while and can spot some signs that they are having a reflux episode. This does not mean that your twins should not be active, it can just help you better understand their behavior.

Infants with reflux can be sensitive to different foods. If you are feeding them breast milk, changes may need to happen to mom’s diet as well as the babies’. Many nursing mothers will tell you that their infants are sensitive to different foods that are in their diet, such as milk or cruciferous vegetables (such as broccoli).  When I was nursing my twins, we noticed that their reflux seemed to be better on days I avoided dairy, so I decided to stay (mostly) dairy-free as long as I nursed. (Yes, I occasionally couldn’t resist ice cream, so those nights would be a bit rough. Thank goodness there are so many dairy free options out there now!) My husband and I learned to watch for patterns in terms of foods and increases in reflux symptoms. Through this, we found that I also needed to avoid tomatoes (acidic foods are often a trigger), vinegar, and spicy foods. 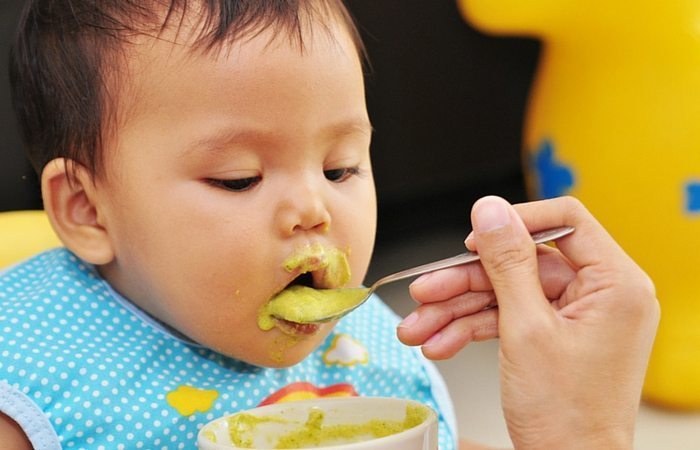 When it came time to introduce solids, we chose to introduce new foods very slowly and continue to avoid the same foods I had been avoiding (dairy/soy, tomatoes, too much spice). Introducing a new food every 3 or 4 days allows you to watch for increased reflux symptoms (more spit up, increased night wakings) and helps you to attribute it to a specific food, rather than having to play a guessing game of “What caused the reflux?”

We chose to use a real food/paleo diet to treat their reflux, sticking to mainly organic meats, vegetables, and fruit, as well as yogurt as they began to tolerate dairy. We noticed much less reflux when they were eating real food, as opposed to processed foods with lots of additives. Starting our twins on solid foods also meant we found new foods to avoid. They thrived on meat (beef and chicken) and eggs, but when we introduced pork, we noticed a drastic increase in their night wakings. Once we made that association, we either entirely avoided pork or only gave them very small amounts, such as a taste or two off our plates. As they have grown, we’ve found that occasionally eating pork no longer affects their reflux, so they’re able to eat it when we do.

Once we decided to avoid medicating our twins’ for their reflux, we knew we wanted to find out what other options could give them some relief. We live in an area that is very receptive to holistic treatments. Many families have chosen to use chiropractic care or acupuncture to treat their infant’s reflux. We decided to see an acupuncturist about the girls’ reflux. She did use needles, although some acupuncturists choose to apply pressure to those points when treating infants instead. The girls were not happy in the moment, but they definitely slept better after their treatments. Our acupuncturist also gave us more recommendations about their diet, based on traditional Chinese medicine beliefs, which we also worked to incorporate. If you choose to go the alternative route, it is important to get recommendations for a provider who has training and experience with infants with reflux and with whom you feel comfortable. Treatment costs can vary.

Another area that has some newer research behind it is the use of probiotics in infant reflux, specifically lactobacillus reuteri. After we began supplementing with lactobacillus reuteri, we noticed that overall the girls began to sleep a little better and longer. We notice that they are more sensitive to many foods when they haven’t been taking their probiotic daily.

I’m not going to sugarcoat it – reflux babies can be tough. Our girls were extremely sensitive and shy (our therapists call it a reflux personality), strongly preferring to be held by my husband or myself and their reflux often caused them to have a tough time sleeping. Taking care of one baby with reflux is hard, so clearly twins struggling with reflux will require even more. It can be frustrating to try to relieve your babies’ discomfort and exhausting to deal with frequent wakings night after night. Take the time to tag yourself out, either by your partner or a babysitter. Do what you need to in order to feel recharged, so that you’re ready to tackle another day with reflux. 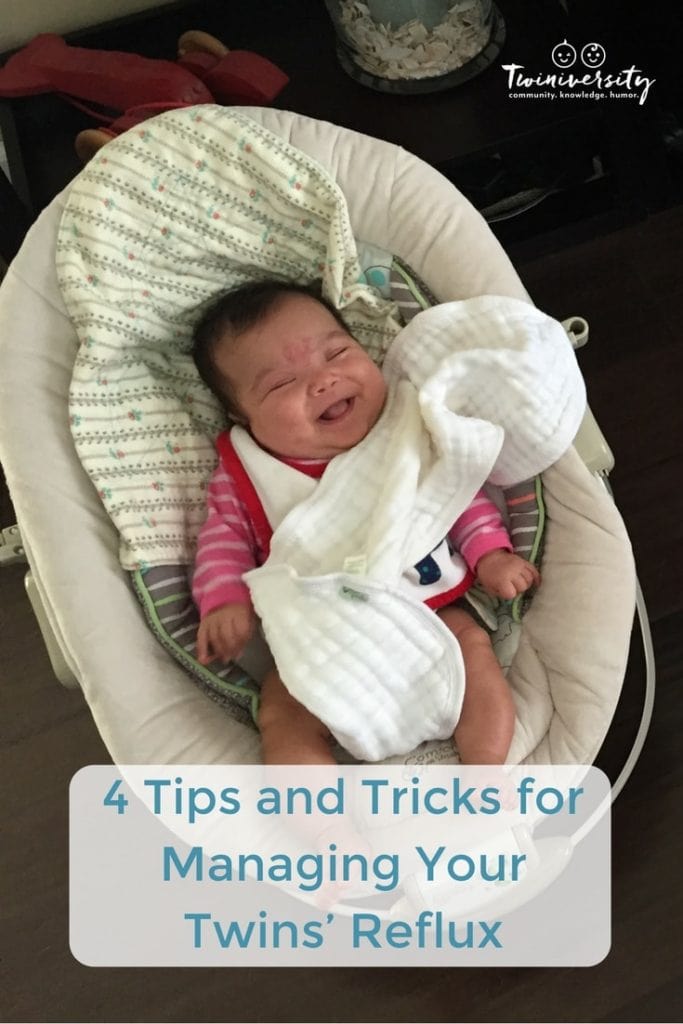 The best news? This phase of their life won’t last forever. Yes, there’s always a chance that this is something that will your twins will need to deal with for a while, but most infants will outgrow their reflux pretty quickly. (In the meantime, make sure you always have extra burp cloths, bibs, and clothes; you will probably be doing a lot of laundry.) I speak from experience, our girls are now 2 1/2 years old and have definitely outgrown the reflux. They may not tolerate every food and some give them more gas than others, but now we know their triggers and can either limit how much they eat or avoid them all together. 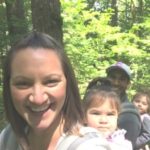 Heather Patel lives in the Finger Lakes of New York with her husband, 2.5 year old identical twin girls, and their rescued lab mix. A former special education teacher, she is enjoying her new role as a stay-at-home mom. So far, her first experience as a mother has included surviving hospital bedrest, delivering 28 weekers who had a nearly 3 month NICU stay, and raising twins with developmental delays. She also looks forward to passing on her love for the outdoors, photography, and DIY to her girls.

Will I Need to Supplement With Formula for My Twins?

How to Survive Newborn Twins When You’re Not Beyonce