Home » How Can I Carry My Twins to The Car Alone? 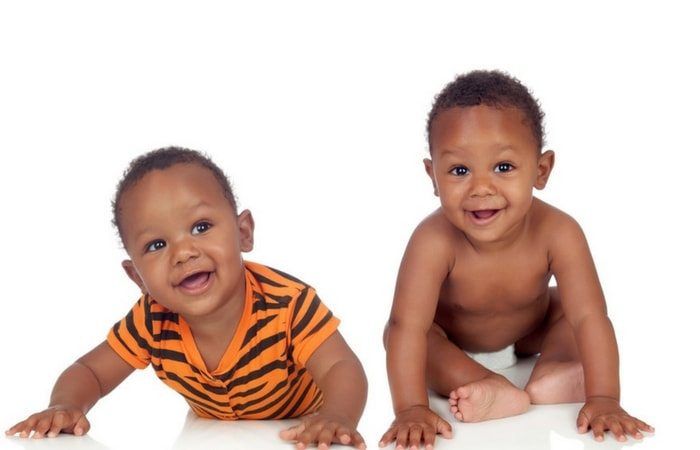 I have 7-month boy/girl twins who are still in their infant car seats. I’m looking to transition them to the convertible car seats but my concern is how to carry my twins to the car. I live in a condo and all our living area is on the second floor. Do parents carry both twins at the same time to the car? Do you leave one baby inside and run to put the first baby in the car? Just trying to figure out the logistics.

Here’s what our Twinviersity fans had to say:

– Invest in a good twin carrier. I couldn’t live without my TwinGo. I can quickly strap in both babes and still carry the diaper bag, lock the house and open the car doors, all in one trip. The girls are 14 months now and we use it everyday.  ∼ CM

– Get a twin umbrella stroller. It’ll be a life saver once they are mobile. ∼ SP

– My advice is to wait as long as humanly possible before you switch! It’s kind of a nightmare until they can reliably walk on their own. Remember, their legs extending over the end of the seat does not mean they’ve outgrown it. That’s still totally safe as long as they haven’t maxed out the seat’s height or weight limit.  ∼ EJ 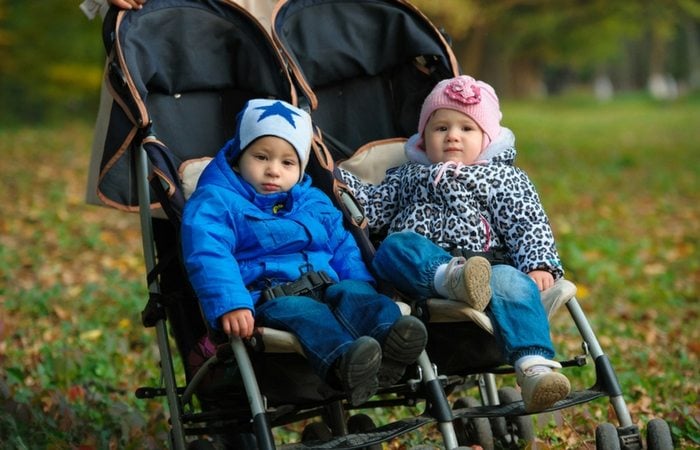 – Put them in their stroller, take them to the car, unpack them, pack stroller up in and put in car. This is assuming you have an elevator. You’re probably still going to be taking the stroller anyway. This way no baby is completely unsupervised or unrestrained at any given time.  ∼ PM

– I carry one on each hip and put the first one in the seat without buckling it and shut the door. Then I go around and buckle the second one in. Then return to buckle the first one. I’ve also had one stand on the little ledge inside the car door, pressed between my body and the car seat. They’re not as happy with that though.  ∼ LS

– Don’t laugh too hard, I put mine in a laundry basket and carried them that way.  ∼ SHM

– I would put the first baby in the car and go back for the second. This only lasted until they were 19 months old and then they were able to walk steadily. All these little baby logistics challenges are temporary. I promise it gets easier.  ∼ TR

– My twins didn’t max out of their infant seats until after their 1st Birthday. I would keep them in as long as possible (following the requirements of course). I straight up cried once we couldn’t use their Snap ‘n Go stroller. I was devastated and maybe a little hormonal!  ∼ LAM

–  We used to live in a condo on the third floor. I put one in an Ergobaby carrier and carried the other on my hip. I have an older set of twins too so there were some days I left with the babies 6 or 7 times a day because of school and activities for the older ones. We just moved 2 months ago to a single story house with a yard!  ∼ AP 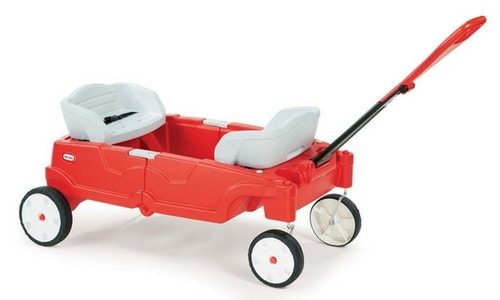 – Do you have a double stroller? Or baby carrier? My strength has built up enough to carry my twins together, but I’ve also just pushed them in their stroller to and from the elevator. Sometimes I used a baby carrier for one in the front and one on the hip.  ∼ LSB

– I switched at 8 months and carried one at a time and left the other in their crib or Pack n Play. I tried a carrier, but found it to be cumbersome and dangerous. I almost hit my daughters head trying to strap in her sister. By 17 months we were getting in and out of the car holding hands into the house and walking. It’s so much easier!  ∼ TK

– Knowing what I know now, I would wait as long as possible before switching out their seats. Especially if you are getting them in and out by yourself. It seems hard right now because it’s something new but you will definitely get used to it ! And remember, when you go to a store, always park right beside a cart return for easy access.  ∼ CC

– I use the Mac Sports Collapsible Folding Outdoor Utility Wagon for bringing them into and out of daycare. It’s been a lifesaver! It folds up pretty flat in one easy motion and stores nicely in my trunk.  ∼ CS 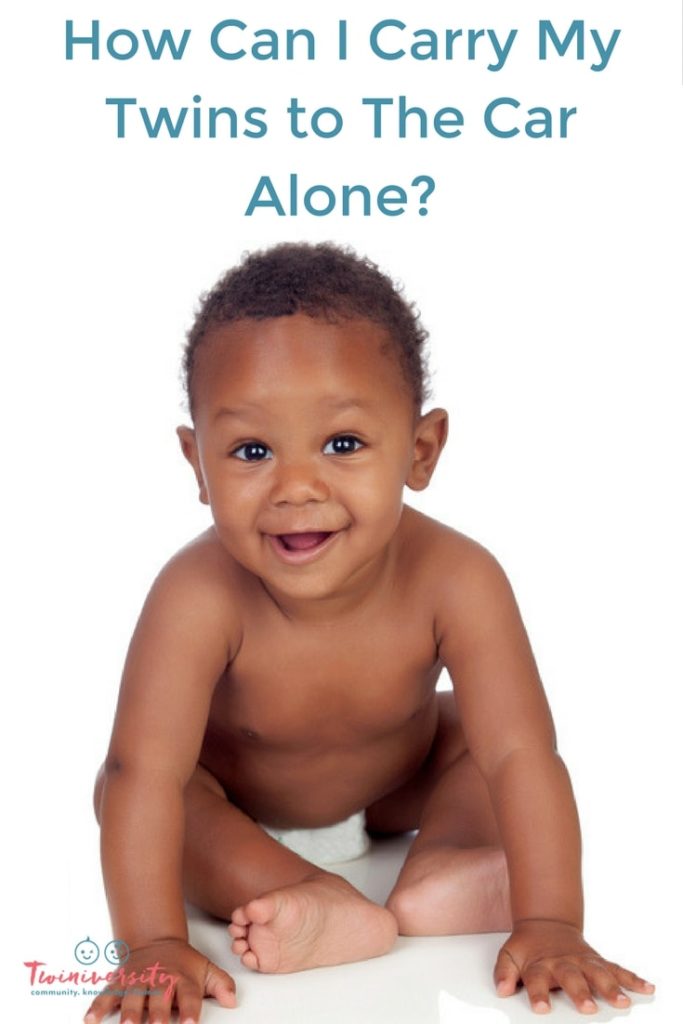 – I kept them in infant car seats until they both reached the maximum weight/height requirement, which was around 14 months. At 14 months I would carry my twins to the car togther, put the more free-spirited one in the car first. I  let the calm one stand next to me while I buckled the first one in. Then I put the second one in and buckled her in. You just need to find what works for you! But I wouldn’t take them out of their infant car seats until you’re forced to!  ∼ MF

– A Twingo. Or you can wear one and carry the other in your arms. I prefer to be hands free.  ∼ JT

– I can carry my twins together at the same time. I just carefully sit them on the ground, unlock the car, open the doors and put them in.  ∼ CC

– I used to put one in a sling and carry the other on my hip, it was a bit awkward. It was okay as long as it wasn’t too far of a distance.  ∼ NAA

– I switched mine when they were older.  But when I need to carry my twins at the same time I put one in a back pack carrier and I carry the other on my hip.  ∼ RC

– I wear one in a Lilliebaby carrier and carry the other.  ∼ ER