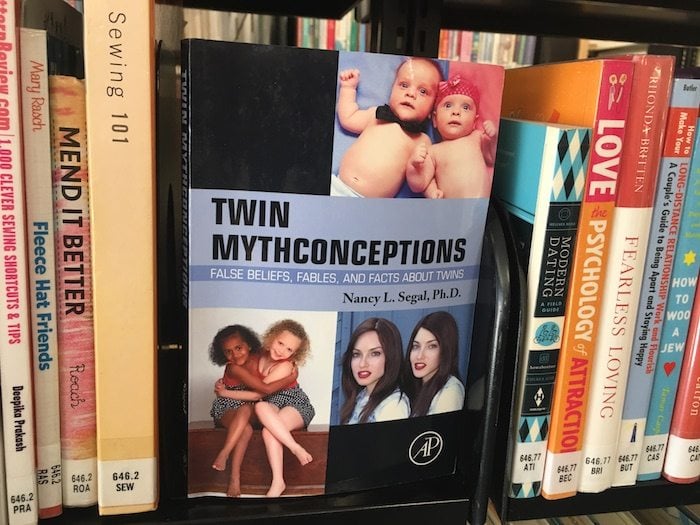 Why do identical twins show similarities and differences? Are you more likely to conceive twins if you live in southwestern Nigeria? Do identical twins have identical fingerprints? Myths such as these and many more about twins are reviewed in detail in the new book Twin Mythconceptions: False Beliefs, Fables, and Facts About Twins by Nancy L. Segal, Ph.D, a leading expert in the field of twin studies, Professor of Psychology at California State University, Fullerton (CSUF), and Director of the Twin Studies Center which she founded in 1991.

Serving as a primer on the science of twinning, a source to support or shut down popular twin myths in our world, and an interesting twin-trivia handbook, Segal succeeds in offering the twin-curious some seriously strong scientific research surrounding the world of twins. The author approaches nearly every twin “mythconception” out there with detailed explanations on how these myths came to be, if they have any merit, and factual data to support every true or false statement. Her research is extremely thorough and supported. In our day and age of misconceptions, misinformation, and “fake news”, it’s so fantastic to have a resource for the what, why, and how of twins.

Some of my favorite twin myths that Segal approaches:

Some of these myths are common-place, but others I had never even heard of. Yam consumption has been linked to frateral twins?! WHAT?

Myths sometimes work in surprising ways. So far, some of the myths I have listed and discussed seemed logical at first, but were unlikely or untrue. However, I was shocked to discover that a widespread belief I had always regarded as untrue turned out to be pretty likely. A meaningful relationship between yam consumption and the high fraternal twinning rate among the Yorùbá people of southwestern Nigeria has been observed since the 1970s. At first it seemed hard to believe that an edible tuber could be implicated in the twinning frequency of a population — but the data and my conversation with New York University physician Fred Naftolin convinced me that it is likely. Note that the yam in question is the white yam (locally call isu), common to Africa, not the golden variety typically served at Thanksgiving dinners… It is thought that the white yam has fertility-inducing properties. One possibility is that it fools the body into thinking that a woman’s estrogen levels are low, causing the release of follicle-stimulating hormone (FSH) to promote ovulation.

Segal goes on to explain the hormonal effects of the white yam that have been seen in a study of rats performed by Dr. Naftolin, as well as findings that Yorùbán women, “whose diets include higher proportions of the white yam, which they eat up to 4 times/day” show higher FSH levels, and whose twinning rates drop when moving to urban areas where their diets became more westernized. I love science!

If you’re looking for a quick explanation on different types of twins, or how to better explain to your friends why your boy/girl twins are not identical, this may be a bit too advanced for your purposes. Segal’s explanations are fascinating and complex, and a parent of twins who truly wants to know the science and mythology behind twinning will get a lot out of this book. I know I did!

Twin Mythconceptions: False Beliefs, Fables, and Facts about Twins by Nancy L. Segal, Ph.D. is available for purchase now on Amazon.com and at other fine local retailers.

To learn more about the book and Nancy’s other twin books, visit Nancy’s website. 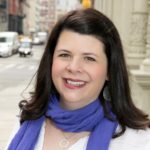 Julie Burt Nichols is Twiniversity’s “Wizard Behind the Curtain”, serving as Editor-in-Chief of Twiniversity.com, Account Manager, and Instructor for Chicago Twiniversity classes. Julie is a full-time working mother to twin boys, born on Halloween. She loves serving as a resource and support for new parents, soon-to-be parents, and we-want-desperately-to-be parents. Julie is proud to be a certified child passenger safety technician, and the Twiniversity Resident Songstress/Jingle Writer.