Home » How Speech Therapy Has Helped My Twins 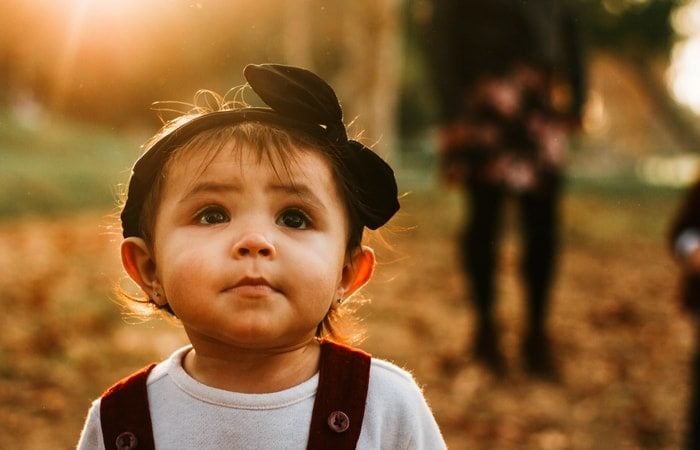 Since the birth of my twin girls, I have always tried to avoid stressing too much over their developmental milestones. One was a late walker, but when she did start walking she caught up to her sister very quickly. Still, when both girls were speaking only 7 real words at their second birthday, I wondered if we should be doing something more to help them along. They understood everything we said to them, but the majority of the words coming out were either made-up “twin-speak” or sounds, like “woof woof” for dog. Our pediatrician told us not to worry, and that they’d catch up in their own time, but I began to notice a growing frustration (and often tears) from the girls when they couldn’t communicate what they wanted. 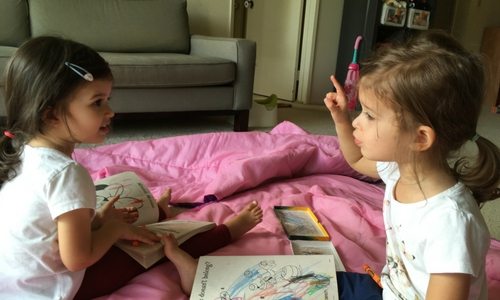 The pediatrician gave us the number for our local Regional Center which handles developmental evaluations and intervention services. Although it was a long process with multiple in-home evaluations, it was finally determined that the girls qualified for speech therapy twice a week based on an expressive language delay. We chose to go to a clinic for therapy after a brief trial with an in-home therapist. It’s important that you find someone that it is the right fit and that the environment works for your kids. The girls have thrived in their play-based therapy center and we could not be happier with the changes that we’ve seen in about 5 months.

Overall, these have been the greatest benefits that I’ve seen from speech therapy:

Transition from “twin-speak” to real words

Even though the girls weren’t saying many real words at 2 years old, they were communicating with each other a lot using made-up words. “Appum bappum” was a phrase we heard frequently over the baby monitor, and we eventually discovered that appum meant pacifier (the jury is still out on bappum). We learned from the therapists that this made up language, while cute, actually contributes to the language delays that many twins experience. As they find ways to communicate with each other, there’s less need to learn the real words, and they reinforce each other’s language usage. Since starting speech therapy, the made-up words have slowly disappeared as the real ones have taken their place. 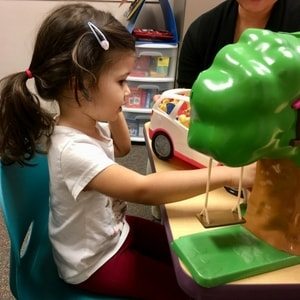 When the girls started speech therapy they were 28 months old, and were speaking about 40 words each. Those words would not have been clearly intelligible to someone outside the family. They can now speak hundreds of words and put together 5-word sentences. While it’s true that some of this development may have occurred without any intervention, I know that the therapists are better able to push them to say things and focus on their individual needs at each visit. While there are still times when we have to guess what they are saying, their intelligibility has improved dramatically. During their last bout with an illness, I felt much better knowing that they could clearly tell me what was hurting and if they were feeling better. And of course, nothing can compare to hearing, “I love you, Mommy” for the first time.

As the girls’ spoken language has improved, the frustration, meltdowns, and fighting have decreased. It was the frustration with not being able to communicate their needs to me that was often leading to tears and tantrums, and the main reason that I had them evaluated. Fighting between the girls over toys had also been a major problem. Although that’s to be expected with twins and I don’t expect it to stop, it has improved since the girls can now negotiate, take turns, and say why they are upset. If there is only one of something, they will now agree to share and for the most part they do. They can also say “sorry”… and it gets said a lot lately. 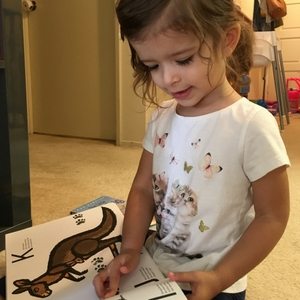 One-on-one time with an adult

At our speech therapy clinic, each of my daughters sees their own therapist in a different room at the same time. Having that time to focus without being distracted or influenced by a sibling has been very beneficial for their language development. Their speech sessions are basically the only times during the week that the girls are apart. They share a room at bedtime and they spend the entire day together, for better or worse. This means that it’s also the only time that each girl gets one-on-one attention from an adult. (My husband and I have tried playing with one child each in different rooms, but whoever is in the room with me feels they’re missing out and it doesn’t last long!) I am so glad that the girls have this opportunity to get that attention and I also appreciate that their developmental needs are being met as individuals, and not as a pair.

Techniques that we can use at home

One of the greatest benefits of speech therapy is that I have learned techniques from the therapists to use at home. I learned to not be so quick to give the girls what they wanted until they tried to say the words. Now, instead of just giving them something they name, I’ve worked on modeling phrases like “I want x.” As we approach age 3, the therapists have asked me to introduce “why” questions. I will ask them a question and give them two options: “Why is the baby yawning? Is the baby hungry, or sleepy?” It’s great to be able to build on the progress they’re making and see their excitement when they can express something in a new way. 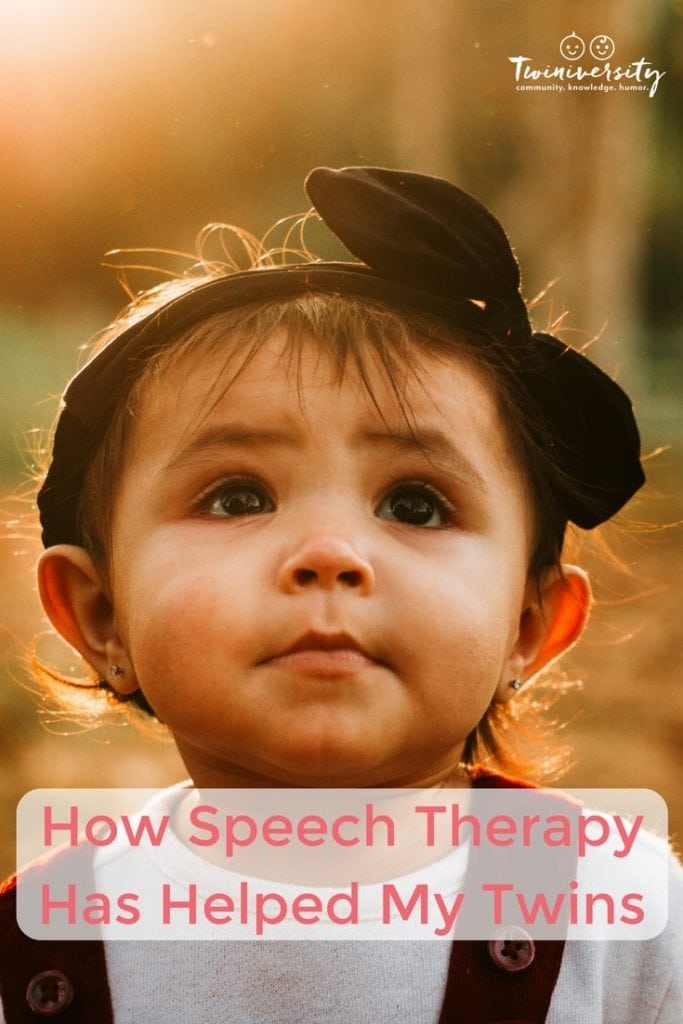 We have been really happy with the progress that our girls have made and continue to make each week. If you have any concerns at all about your children’s language development, it does not hurt to get them evaluated, and the evaluation is totally free. Depending on where you live, speech therapy services may be free or low cost up to a certain age. Don’t have any regrets; if my story sounds familiar, schedule an appointment for a speech evaluation today.

All content on this Website, including medical opinion and any other health-related information, is for informational purposes only and should not be considered to be a specific diagnosis or treatment plan for any individual situation. Use of this site and the information contained herein does not create a doctor-patient relationship. Always seek the direct advice of your own doctor in connection with any questions or issues you may have regarding your own health or the health of others. 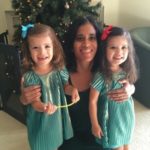 Lakshmi Hutchinson lives in Glendale, CA with her husband, 2.5-year-old fraternal twin girls, and tuxedo cat. In her spare time, she likes to go to concerts and her dream is to have time to read books again.

When Twins Don’t Meet Their Milestones: One Twin Mom’s Story