Home » How My Husband’s Vasectomy Led to Sepsis 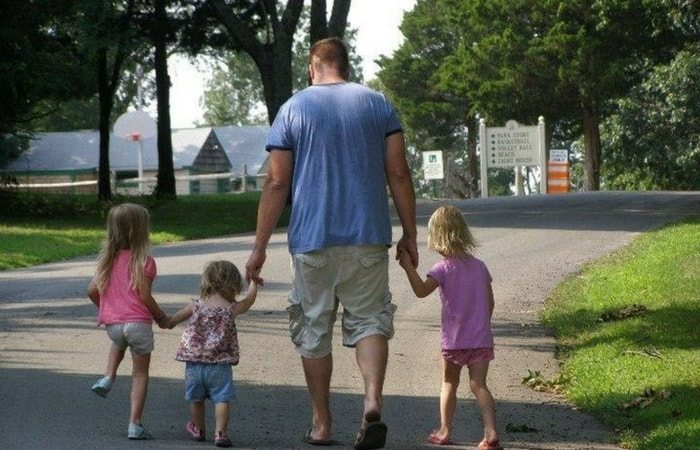 This is a post prepared under a contract funded by the Centers for Disease Control and Prevention (CDC) and written on behalf of the Mom It Forward Influencer Network for use in CDC’s Get Ahead of Sepsis educational effort. Opinions on this blog are my own and do not necessarily reflect the views of CDC.

Have you ever gotten an infection that you decided to ignore until it was so bad that you wish you hadn’t waited? Yup, me too. We are all guilty of this. When you’re a parent of multiples and you’re trying to keep two tiny people alive it’s especially hard to take care of yourself when an infection hits. But did you know that even seemingly harmless infections can put you and your family at risk for a life-threatening condition called sepsis?

Anyone can get an infection, and almost any infection can lead to sepsis.

Sepsis signs and symptoms can include one or a combination of the following:

Sepsis is a matter very close to heart at Twiniversity. Mom Squad member Lauren’s husband almost lost his life to it! Lauren shares her husband’s story below in the hopes that it will help someone to avoid what her husband went through.

“A few years ago we decided that our family was complete and my husband opted to have a vasectomy. Normally a vasectomy is a quick procedure with a few days of rest to recover, but in his case this was not so. You see, my husband doesn’t like to sit around and he is also very stubborn. He insisted he didn’t need to rest that much.” 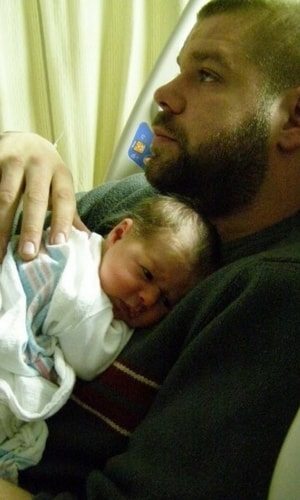 “He was convinced that he could ‘tough it out’ and ‘walk off’ the pain the day after his procedure, even though his doctor had given him strict instructions to rest. He insisted on mowing the lawn and walking to a local street fair, both within the first 48 hours of his vasectomy. Both were a major mistake. By the time we got to the street fair, we needed to call his mother to come pick him up and drive him home as he was in dire pain. Within a few days, he came down with a fever and the swelling of his ‘nether-regions’ was unbelievable.”

“We ended up in the emergency room later that week and he was prescribed antibiotics, but the swelling and pain wouldn’t go away. I insisted he call the urologist, but my husband, being the stubborn man he was, ignored me; that is until he literally couldn’t walk a few days later. I immediately called the urologist who instructed me to bring him right in. In fact, the doctor agreed to see my husband in the parking lot, as he was in so much pain and couldn’t move. Once the doctor saw my husband he had us go straight to the emergency room and he was admitted immediately. He had become septic and needed surgery to drain the infection.”

“24 hours post-op he needed to have another surgery to drain the infection again. He spent six days in the hospital. When he was discharged, he was put on bed rest with a PICC line placed in his arm for IV antibiotics to be administered at home for the next six weeks. He also had to have his wound heal from the inside out and have daily visits from a nurse to pack and dress the wound. The doctor told us that if we had waited another day he could have died! I could have been a widow; my kids wouldn’t have their daddy. It was one of the scariest moments of our lives. Needless to say, he definitely would have done things differently if he knew what the repercussions would be.” 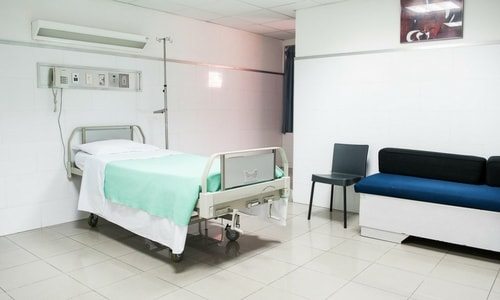 Does this sound like something you or your spouse would do? You see, sepsis can happen to anyone, even with seemingly simple procedures. If your doctor tells you that rest is essential after a procedure, believe them! Don’t be a hero and try to “walk it off.”

New moms of multiples especially need to be on alert for infections that can lead to sepsis if your twins were delivered by c-section. Checking your incision site on a daily basis and calling your doctor ASAP if you notice any redness, swelling, or pus is critical. Set a daily reminder on your phone if you have to!

How can I get ahead of sepsis?

Sepsis is a serious medical emergency. If you or your loved one suspect sepsis or has an infection that's not getting better or is getting worse, ask your doctor or nurse, “Could this infection be leading to sepsis?”

To learn more about sepsis and how to prevent infections, visit www.cdc.gov/sepsis

For more information about antibiotic prescribing and use, visit www.cdc.gov/antibiotic-use.

How We Got Through A Toddler Tonsillectomy

When One Twin Has A Chronic Illness

5 Tips to Manage Lupus When Pregnant With Twins