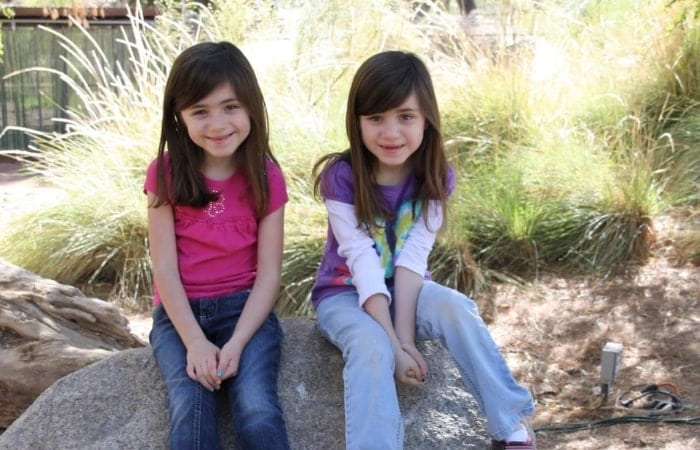 Check out this “letter” to fellow exhausted twin moms of young twins, from a twin mama on her advise for to get through it.

I know, your twins are absolutely exhausting. As the days turn into weeks and the weeks to months, you feel like you may never get caught up on the cooking, the laundry, or your DVR.

At this point, you probably cannot remember the last time you shaved both of your legs in one shower followed by a hot meal ….. in one sitting… what’s that, some kind of urban myth? Chasing two kids in opposite directions in the Target parking lot is probably the closest thing you may get to exercise until these sweet little angels head off to Kindergarten.

People are probably forever telling you to enjoy it now because you’ll miss these moments when they’re older. It’s one of those things you can’t possibly understand until you get there on your own. My best advice is a little different because I’m a twin mom.

The whole thing about “sleeping when the babies sleep” takes on a whole new meaning. It is pretty much a requirement. Taking help when it is offered and asking for it when you need it is absolutely imperative for the survival of your sanity. These are little nuggets of advice that I simply cannot stress enough when it comes to parenting young multiples.

My own sweet little angels are heading off to high school this fall. They now help with the cooking. They do their own laundry. With them sleeping as long as I will allow and being social butterflies, I have plenty of time for my favorite trashy TV. I go to the gym at least 5 days a week now and sometimes they even come along. And if I need to step foot in Target more than once in any given week, stuff got real and I should probably reign it in. I probably don’t need a different set of throw pillows for every week of the year, even if they are on sale and they’re super cute.

This newfound freedom is amazing. I can run to the store “real quick” — for real. As in, “grab the bread” and I’m out. I can also go have lunch with a friend at the drop of a hat.

As great as it is, it’s also kind of sad. I know, you’re probably at the phase where you haven’t left the house alone in months, maybe years. This phase seems to last forever. It doesn’t really. Trust me when I tell you, I remember. Many, many years ago I ran out of formula and had to stop on my way home from daycare with two infants. Of course, they both fell asleep moments before we were to pull into the parking lot and I was alone.

I actually called my father, drove the extra few miles to his house, picked him up and had him sit in the car with the girls while I ran into the store. Sometimes, it’s not worth waking them. And let’s be honest, it’s always faster to go in alone. I recall it taking longer to get the twins in and out of the car than to grab what I need to begin with.

Every once in a while I long for the days my kids wanted to leave the house long enough to come with me to the store. Even the promise of picking out the week’s Gatorade flavor or cereal isn’t enticing enough to pry them away from their phones and friends to come with me. Sometimes I make them because I’m the mom, but when did I have to start making them instead of them begging to come with me?

In some ways, my twins’ independence started earlier and happened more gradually than with my singleton. It happened over many years when they were toddlers. Most toddlers want to do things for themselves, but when there’s two, they figure out how to get their own snacks, dress themselves, even turn on the TV and find Mickey Mouse Clubhouse (is that still a thing?) at an alarming rate.

They have always had each other so I have never had to play the “watch me” game. I encourage you to take advantage of not having to watch them play a computer game, but still watch them every once in a while. I have fond memories of those moments and it taught me a lot about what they were actually capable of on their own. They are each others’ built-in playmate and audience.

Now, in school, they are each other’s constant companion. Plus, free tutors. If I learned anything throughout their first algebra class it’s that I have a whole new appreciation for twins (Well, that, and letters absolutely do NOT belong in math!) They were able to help each other figure things out in a way I just couldn’t. They answered questions and quizzed each other with all their subjects.

All in all, it really is amazing to be a twin mom. Watching them entertain each other entertains me and always has. They stick up for each other and it makes my heart swell with pride. Even when they bicker I remember to be grateful that I’m lucky enough to have two of these sweet, beautiful, healthy little girls.

Many people aren’t so lucky. On the one hand, I often want to press pause and just stop them from growing. On the other hand, I am so proud of the young ladies they have become, and I am very excited to see the women they will be one day.

Megan Loden is a stay at home mother of twin 13-year-old girls and a 9-year-old boy.  She lives in Goodyear, Arizona with her children, husband, 2 dogs, and 2 cats.  When she is not busy with her kids or pets she can be found working out at home, writing, or, in the cooler months, enjoying the nice weather on walks around the neighborhood.