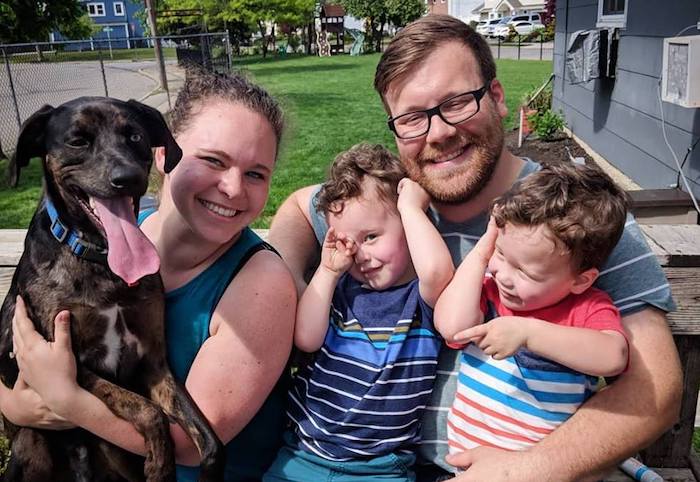 Your twin sons are 20 weeks old, and they have a cold. They can’t breathe because their tiny noses are filled with snot, which means they can’t sleep. Which means you can’t sleep (which also means the dog can’t sleep.) As soon as they finally find their dreams, it seems like they wake right back up and cry. Crying makes for more snot, and more snot makes for less sleep…it’s an endless vicious cycle. The only way they can sleep is upright against your chest, while you’re sitting upright in a chair, in a room so thick with humidifier steam you can barely breathe yourself. You think this cold will never end, this will be the end of you, you’re sure….but then, you glance down at your baby, who loves you without abandon, holding your hair in his tiny fist, and you smile. You know you’ll be ok. 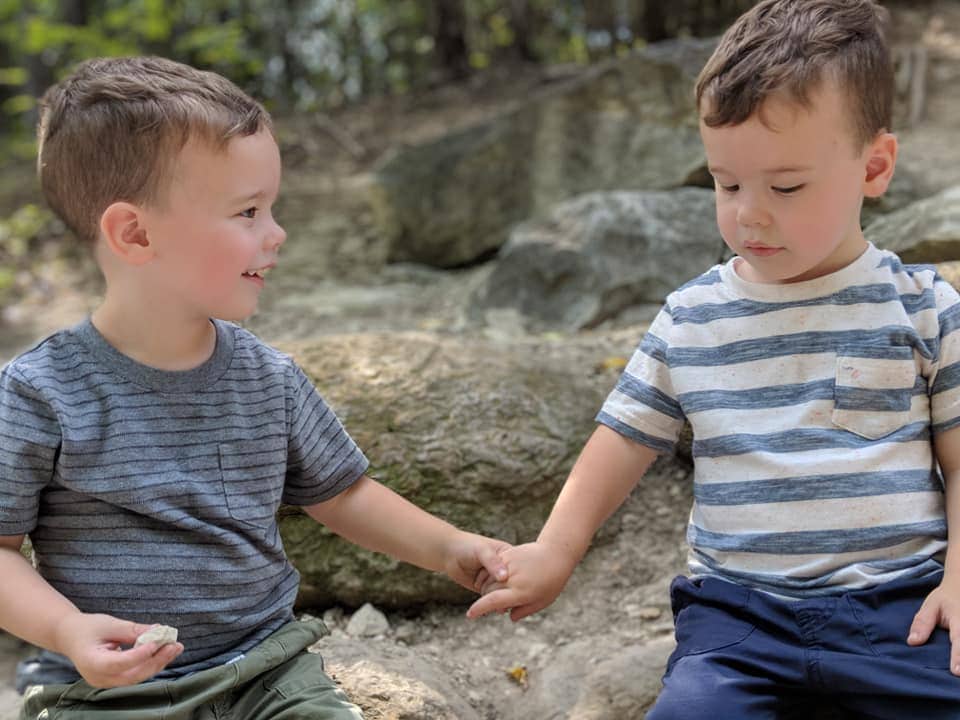 It’s dinner time and your twins are 18 months old. They are eating solid food, no more milk in a bottle for these kids! You’re trying to be a ‘good mom’ and feed them balanced healthy meals, but they aren’t having it. They’ve got your number. Peas? NOPE. Banana? NOPE. Shredded chicken? NOPE. Avocado? NOPE. As the dog consumes all of your feeble attempts off the floor, you are at your wit’s end. Fine, Cheerios again! This has been going on for 30 minutes and you just can’t fight with them anymore….but then, you watch as X feeds G the Cheerios, with one stuck to his nose and laughing so hard his whole body is rolling, and you smile. You know you’ll be ok. 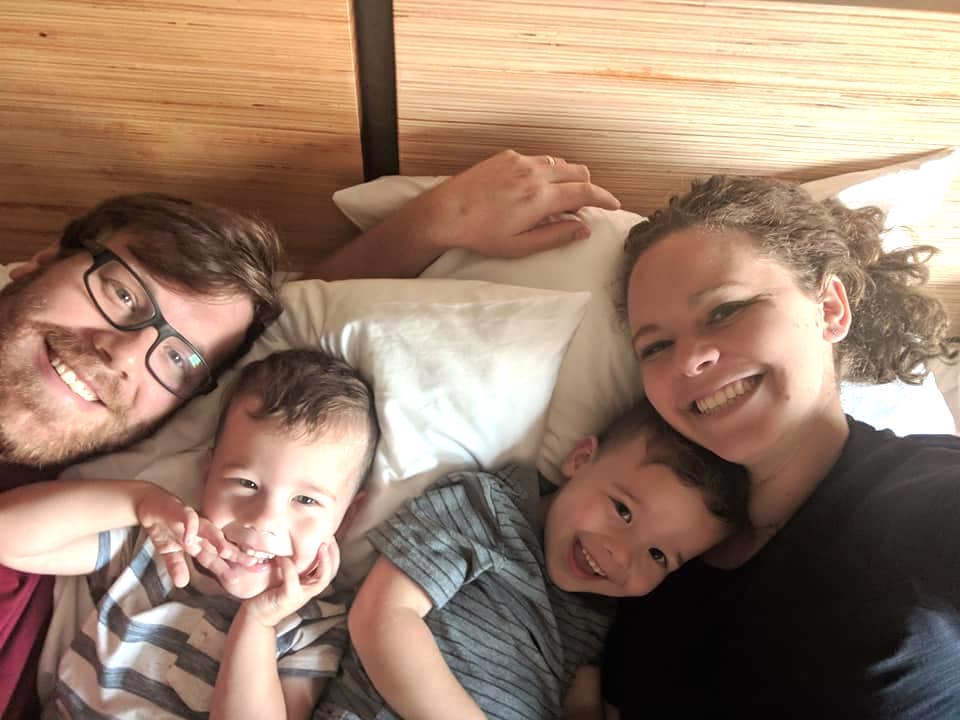 It’s the weekend, and you have nothing scheduled for the day. It’s going to be a relaxing afternoon spent at home, just playing with nowhere to be. As you watch your 2-year-old twins peacefully play with their trains, you feel a sense of calm… until you hear a crash and then a scream and crying. It seems that G decided to play with a train X claimed as ‘his’, and was rewarded with a swift hit to the head with the train in question. Consoling a screaming child, while seeing a bruise already form, while trying to discipline the other twin explaining why you cannot just hit your brother when you’re angry is making you wish for the simpler days when they would just lay in their swing and stare at the ceiling. You finally calm them both down, wrangle an apology out of the twin who hit, but your blood is still boiling…but then, the sun hits their hair at the perfect angle, and as they hug each other, you smile. You know you’ll be ok. 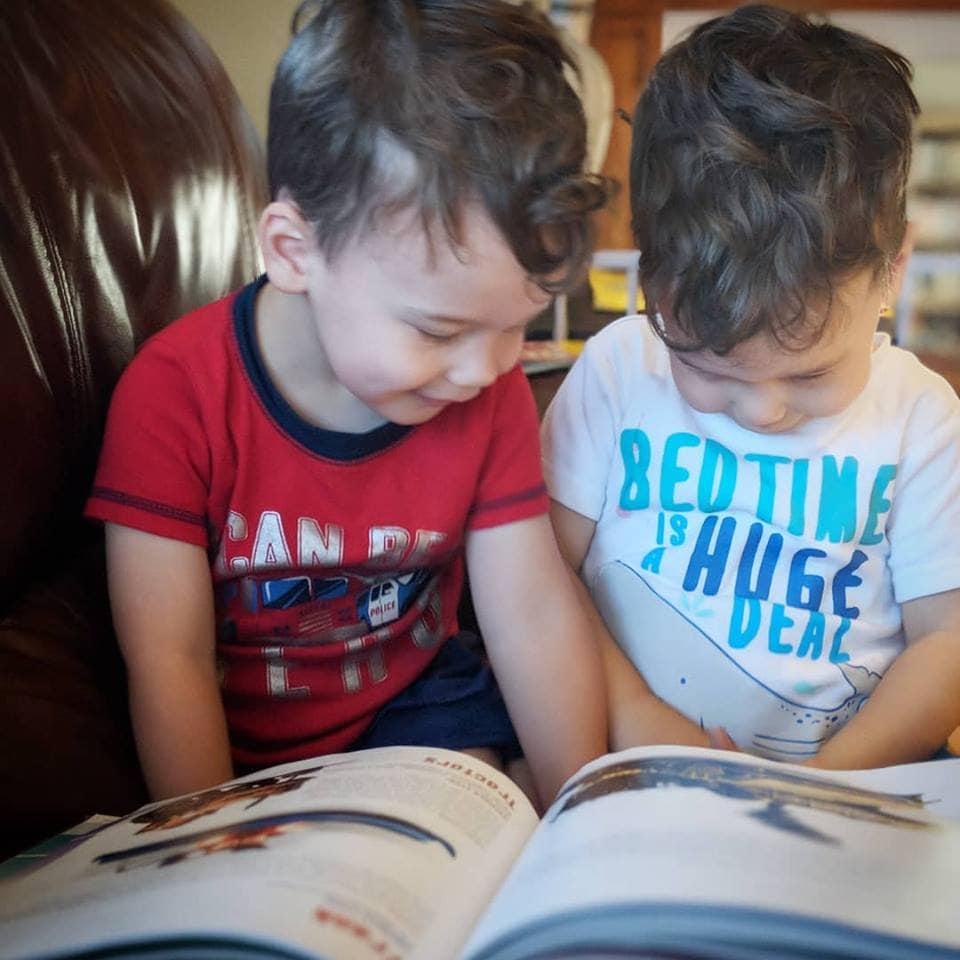 It’s a Monday morning, and you have an important meeting at work. Your 3 ½ -year-old twins need to be dressed and out the door on time today to be dropped off at your in-laws so you can get to the office and breathe before the presentation. They’ve been so happy all week….except for today. They fight over their underwear (they both want the same pair, of course), they absolutely need to wear the shirt they wore the day before and spilled juice all over and when the answer is “no”, a 20-minute tantrum ensues. They don’t want anything for breakfast, everything is ‘gross’, and now you can’t find their shoes. You find their shoes, but now one of their shorts ‘itch’ and the other one can’t find their sunglasses. You grip your head in frustration, certain it’s going to explode…but then, one of them actually looks at you and asks if your head hurts. You say, “Yes,” and they say, “I’ll kiss it and make it better Mommy”, and you smile. You know you’ll be ok. 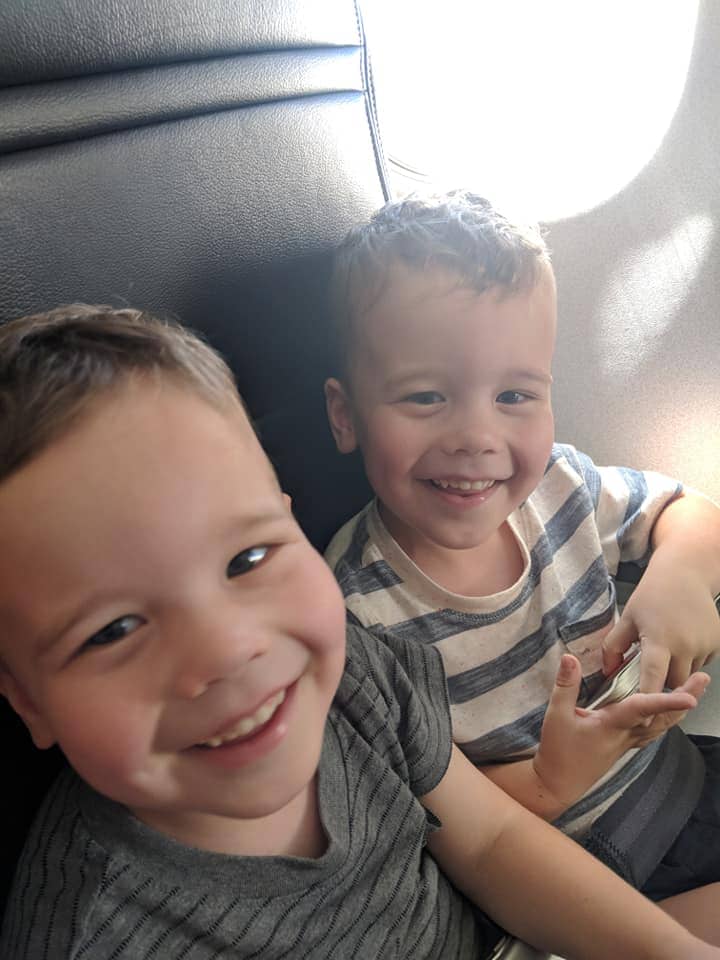 Motherhood is hard. Being a mother to twins is so much harder. You can’t enjoy every minute of it, it’s impossible to, and anyone who says differently is lying or childless. But sometimes…when it all seems too much, and you feel like the hard times are the only ones you can remember, there comes a break in the madness, and even though the last many number of moments were completely unenjoyable, you know…you’ll be ok.

Mallory Kerley is a first-time mom to three-year-old identical twin boys. No, twins do not run in her family, yes she’s sure they are identical, yes her hands are full. She lives on Long Island with her husband, works full-time as a public relations professional for a non-profit organization and volunteers with homeless animals with all of her spare time.

Favorite Moments As a Parent of Twins 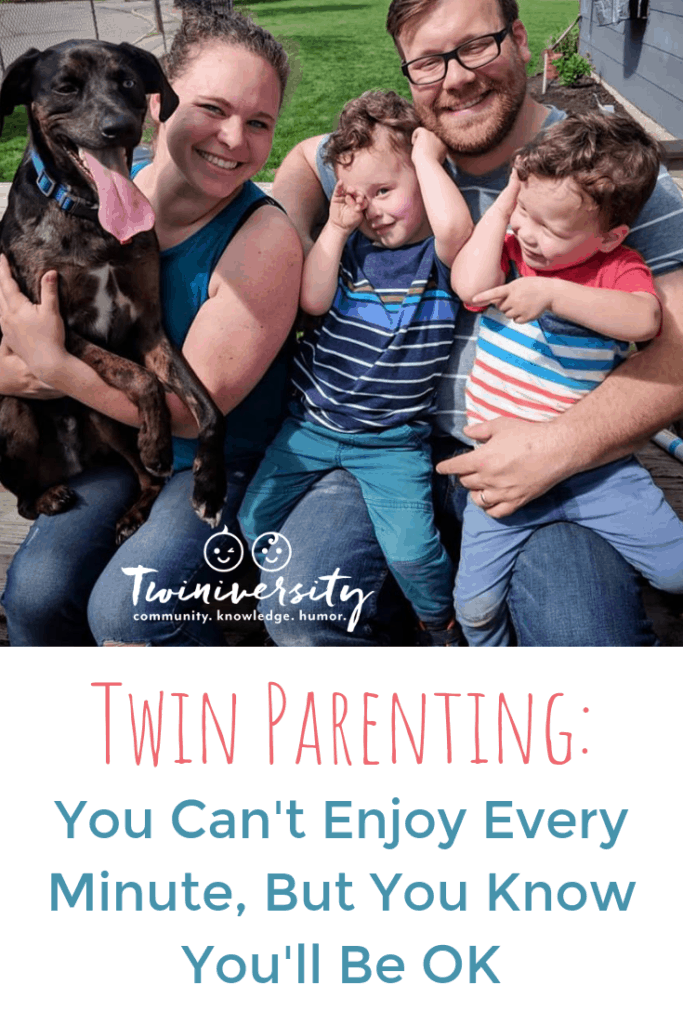