Home » Privacy Between Twins and Parents in the Teen Years 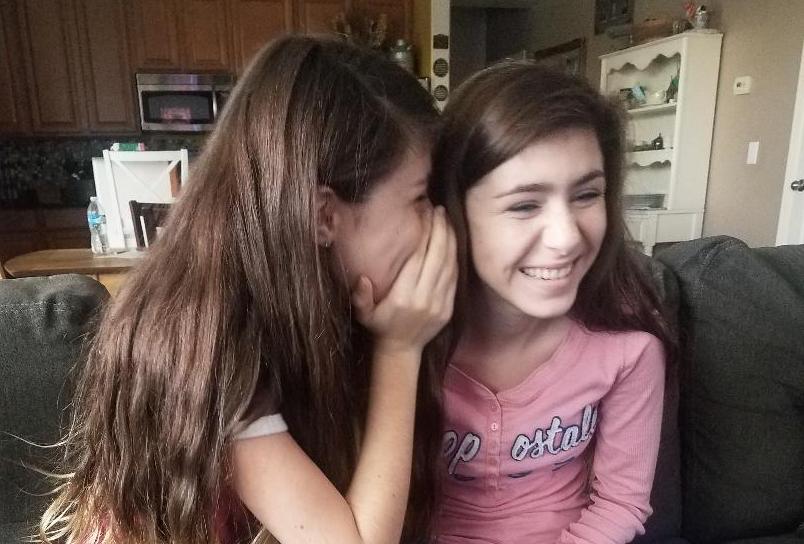 It appears that as a parent the only constant I have to look forward to is change.  If I’m being honest, I haven't really found a stage of parenting I dislike. Each stage has its own challenges and learning curve. Let me tell you here and now, without hesitation, the teen years are no exception. We’ve (mostly) figured out how to let them be who they are without trying to force them to be too different or too similar, regardless of their identical twin status. We’ve navigated classroom assignments, birthday party invitation, even boyfriends. Alas, just when we think it’s safe to relax a bit and catch our breath, here comes another parenting hurdle.

Privacy is a tricky topic. It’s tricky with all children, and teens just add another level of complication to an already complex issue. Throw in a set of twins and it's starting to look a bit like a haunted corn maze….with a blindfold. New twists and turns jumping out at you and you never seem to see them coming.

When my identical girls were 7 years old they started requesting privacy when getting dressed. They would shut the door and not even let their twin in the room until they were dressed. When they were 10 they decided they wanted separate bedrooms. We had yet another “big talk” about respecting each other's own private space and the private space of everyone around them. We explained to them that being twins did not mean that those privacy talks were meaningless and to be ignored.  We explained that knocking before entering each others’ rooms would be a requirement from day one and they seemed to understand and handled the transition well. 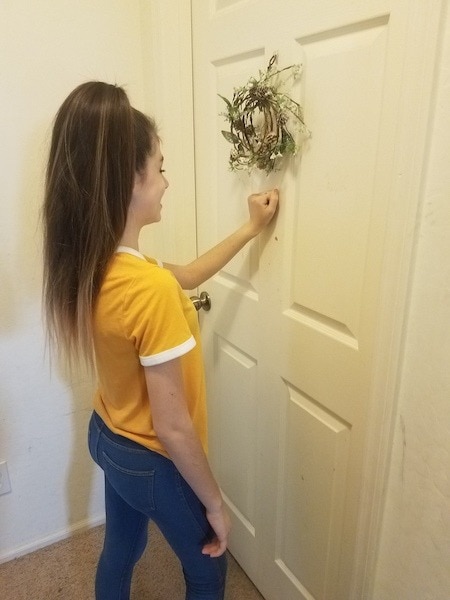 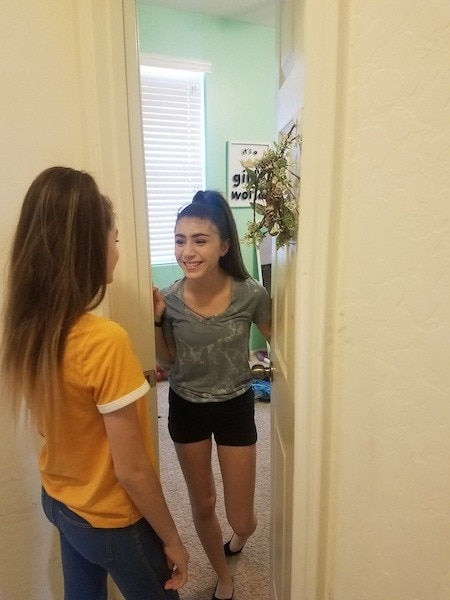 This was also around the time we really started driving the idea of boundaries home with them. We talked about thinking before sharing home stories with friends and classmates at school. I wanted them to understand that if their twin did something embarrassing at home, they should probably keep it at home. I spoke with them repeatedly about how they might feel if their sister went to school and made jokes about them throwing up on their feet or crying when they fell in the driveway. This is something my parents didn't have to worry too much about. My little brother and I are 4 years apart so even if I told my whole class he slept with a nightlight, no one would know him and no one would care. Many years we even went to different schools so there were no worries there. The exact opposite is true of my girls because….twins.

Ok, so at the ripe old age of 10 years old, we have already tackled privacy at home. Easy, peasy. I should’ve known that was a little too easy. We are now left with a whole new problem. At 10, even 12, I could typically count on them to tell me every move their twin made during the day, especially at school.  If one got into an argument with a classmate or got in trouble for forgetting to turn in an assignment, I could be fairly certain I would hear about it from her twin sooner or later. 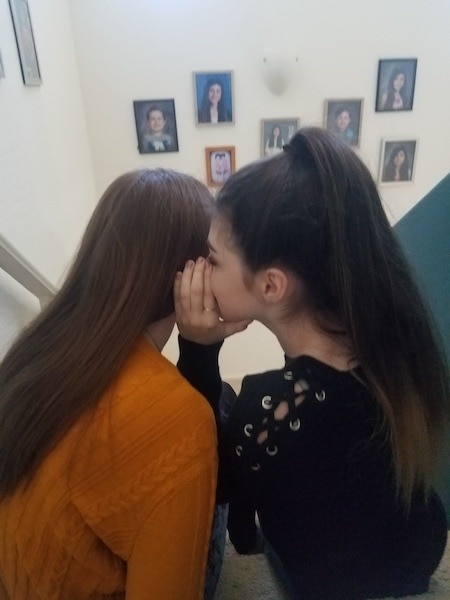 In middle school, they slowly began to use their judgment with regards to what mom needs to know and what they should probably keep between themselves. If they got in trouble for missing a lecture because they were in the bathroom for 11 minutes instead of their seats, or talking when they should have been reading, I never knew about it.  For the record, I’m sure they got into plenty of trouble for talking and stalling on work. They began to see these kinds of stories as tattling. That's the thing with twins, they aren't usually trying to tattle on each other as they get older, but they will still tell when it counts. At least that’s been the case with mine and the few other twin parents I know who have also reached the teen years.

Now that we have made it to the teen years and into high school, these kids have moved into potentially more dangerous territory. Just like my parents did, I worry about dating, drugs, skipping classes, bullying, changing friendships, learning difficulties, and everything else under the sun. My girls are a bit more level headed than I was at their age but the worry is always there. Some people (usually those who do not have twins or who have little ones) think that there are two of them so we just need to use them against one another to get the inside scoop.  Sometimes that works. My one girl had a “boyfriend” very briefly earlier this year and I certainly asked her sister what she knew about him. But I didn’t ask her to betray her sister’s confidence and tell me things that were not necessarily imperative for me to know at that point. I’m glad I didn’t because the relationship fizzled out quickly without any help from me. 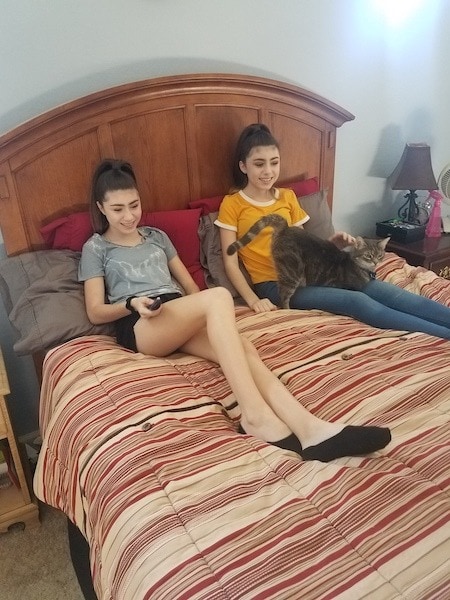 People seem to think these kids will just rat each other out at the drop of a hat. I know my younger brother and I did at times. Not my girls. No way. They don’t often lie to me but they sure do know the meaning of taking the fifth. They do that. A lot. One of my girls actually told me, “I don’t want her in trouble. The strongest bond I have with anyone is my sister. Even more than you, Mom.” Her sister follows it up with telling me that she, “strongly encourages her to tell me the truth so she doesn’t get in more trouble when she gets caught.” But she would never tell on her unless she was really in serious trouble or could get hurt.

There seems to be an implied level of confidentiality between my twins at this point. Mostly, I’m grateful for it. We have talked over and over about the big stuff. I tell them I don’t need to know every little thing and I don’t expect perfection.  I admire their loyalty to each other. I realize that for multiples, it’s not cradle, but womb to the grave. They will have each other long after I’m gone from this world.

It’s a fine line.  If one is struggling and gets a D on a quiz, will her sister come to tell me? Probably not. But if she got a D because she has been skipping class and doing drugs, I hope they will come to me.  I feel like the twin bond is almost parental in a sense. You have to look out for each other, even if they don’t want you to look out for them at the time.

At the end of the day, all we can do as parents is say it and hope they take it to heart.  If we’re supremely lucky, we will never really know if it worked because none of these issues will even come up. But I’ve learned with twins to never count on smooth sailing. There’s always another surprise around the corner. 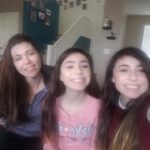 Megan Loden is a stay at home mother of twin 13-year-old girls and a 9-year-old boy.  She lives in Goodyear, Arizona with her children, husband, 2 dogs, and 2 cats. When she is not busy with her kids or pets she can be found working out at home, writing, or, in the cooler months, enjoying the nice weather on walks around the neighborhood.

7 Things My Identical Teen Twins Want You To Know

7 Tips to Talk to Your Pre-Teens About Sex 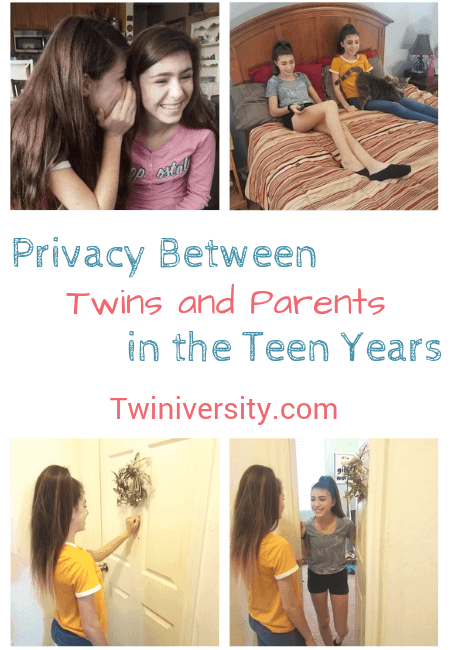