Home » The Pros and Cons of Identical Twins 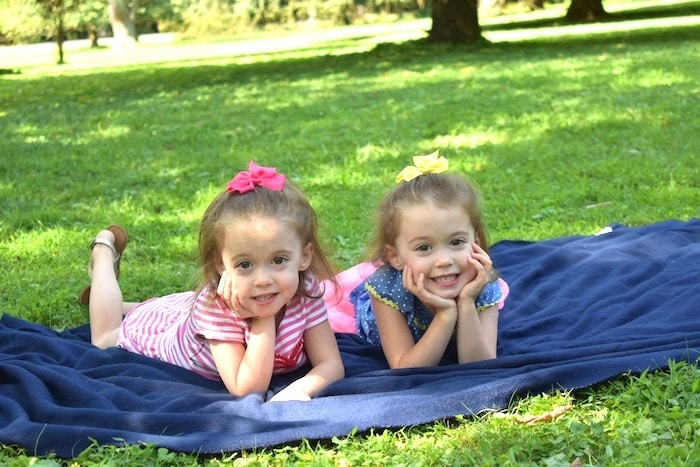 One of my favorite movies in my young adult life (although I would never have admitted it at the time) was The Parent Trap.  If you haven’t seen the movie, identical twins fool their parents into thinking they are the other twin. I never would have imagined that many years later, I would be the parent in the “Parent Trap” situation, having identical twin daughters of my own!

My daughters, now only 5 years old, have yet to play the ole’ switch-a-roo on us.  But, at their young age, they are already recognizing that there are some benefits and drawbacks to being identical.

Last summer, at my daughters’ well visit appointment, the pediatrician detected a slight astigmatism in Twin A’s eye.  We had to make an appointment to see an ophthalmologist to conduct a more thorough exam. At the same time, we prepared both twins that there was a chance that Twin A would need glasses.  Twin B (without any eye issues) had a complete meltdown that her sister wasn’t going to look like her anymore and asked if she could get glasses too. Yet, Twin A was completely fine with the possibility of getting her own look.  In the end, the astigmatism was too slight to warrant getting glasses, but it opened my eyes to the fact that there was a differing opinion between my twins about looking identical. 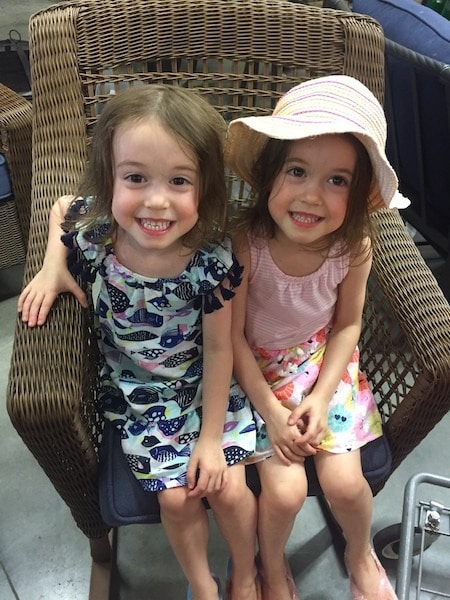 After this realization, I repeatedly attempted to give Twin A the opportunity to have her own style (e.g. new hairdo, broader clothing style preference), but for now, my girls don’t want to make any changes.

Being an identical twin may have its pluses and minuses, with some twins loving the thought of having a doppelganger and others going to extremes to look completely different from their counterpart. Below, I have provided some pros and cons of identical twins. 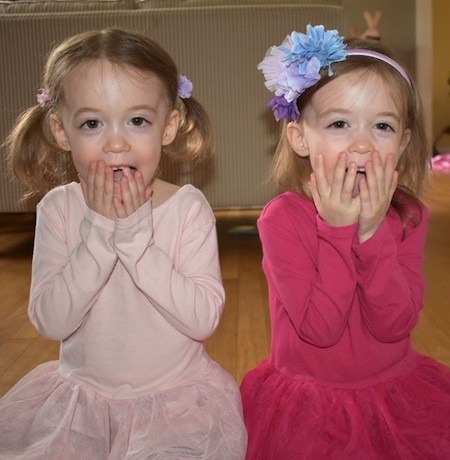 The Pros and Cons of Identical Twins

It is remarkable to be born with your best friend and have them by your side throughout each special moment in your life.  To give you a glimpse into my twin daughters’ best friendship: they laugh endlessly about a secret that no one else would ever find funny; they madly scream at each other one second and the next are making up a game that only the two of them understand; each twin will go on a respective playdate and within 20 minutes of being apart, they miss each other and need to call each other.

Being the Center of Attention

When twins are identical, there is a greater chance they will attract attention from friends, family, and strangers wherever they go.  People have a curiosity about twins and this curiosity grows when those twins mirror each other. Of course, with this interest, comes a slew of questions about looking alike (e.g. Who is who? What are the differentiating marks? Can your parents tell you apart? etc). So far we’ve had a positive experience with questions from the public and we’re happy to educate others on twinship. 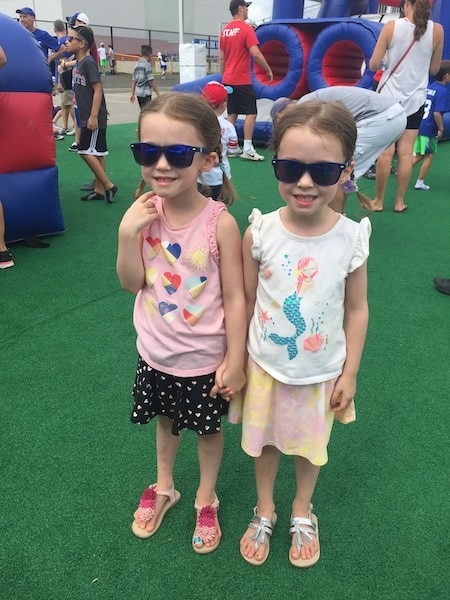 The Desire to Have a Unique Twinship

Haven’t we all grown up wanting a twin sibling? When I was little, I longed for a twin sister – someone I could tell all my secrets, have a unique connection with, do each other’s hair, and share clothing and accessories with each day.  I am now witnessing this twin yearning in my daughters’ preschool class. The other little girls tell their parents that they wish they were a twin too. It must be pretty neat for my 5-year-old daughters to feel idolized!

A Stronger Bond with your Identical

Let’s be honest, all twins share a special bond.  They share a womb, are born at the same time, and likely spend more time with each other than anyone else. However, identical twins are the result of one egg splitting in two, thus sharing genes. In my opinion, I feel that identical twins have a stronger bond compared to other sibling relationships – even fraternal twins — due to the fact that they share DNA.

Identical twins have the benefit of sharing clothes with their counterparts, which helps twins have a broader selection of styles to choose a wardrobe.  My twins subconsciously created a clothes ownership (this shirt is yours, this dress is mine), but will often “borrow” each other’s garments, which in turn confuses the rest of us, since we have also assigned who wears which outfits.  Furthermore, identical twins have a benefit when it comes to trying on clothes — only one twin has to go through the hassle of trying on a new outfit in the store.

Playing Games on Others

Like we have seen with the twins in The Parent Trap and in other movies, identical twins have the ability to “trick” others by pretending to be their twin. We have heard all the ruses that identical twins can get away with – taking tests for their siblings, switching parts for dates, taking the blame for their twin, etc. This is a definite pro for the twins — I’m not so sure about everyone else though! 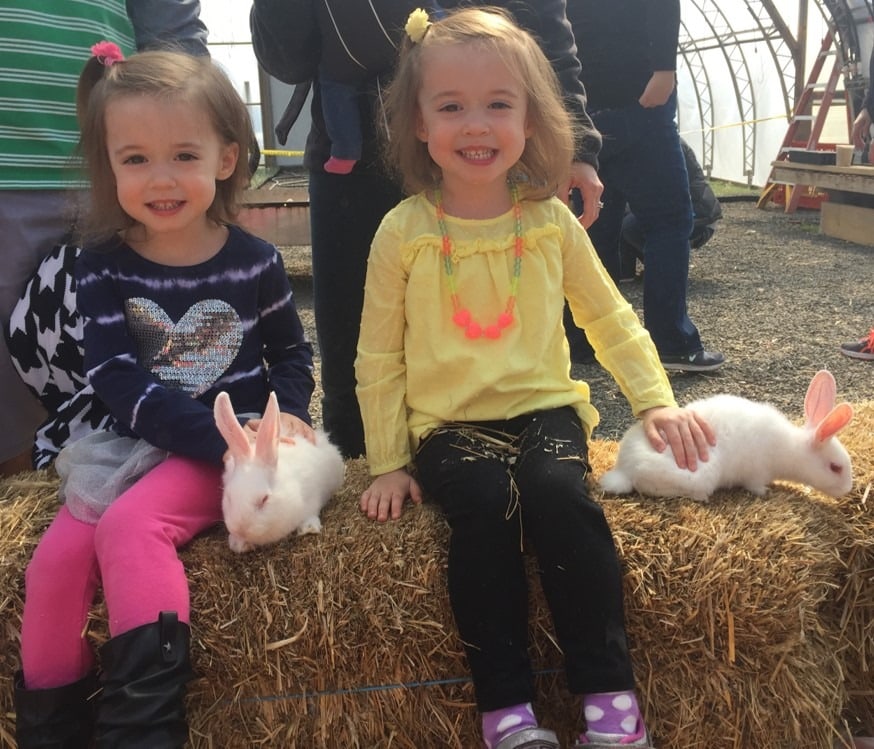 People Not Being Able to Tell Identical Twins Apart

People that don’t know our identical twins well, or don’t see them often, have a difficult time distinguishing the pair apart.  This sometimes irks the twins in not having their individuality shine, without first having to identify themselves. My girls’ preschool teacher admitted to us that she cannot tell the difference between my twins and therefore lumps the girls together as one person each day.

Some twins prefer to go under the radar and the constant attention from outsiders is bothersome.  In addition to the attention, the abundance of questions (e.g. who is older? which twin is more outgoing? who is taller?), gets to be annoying. 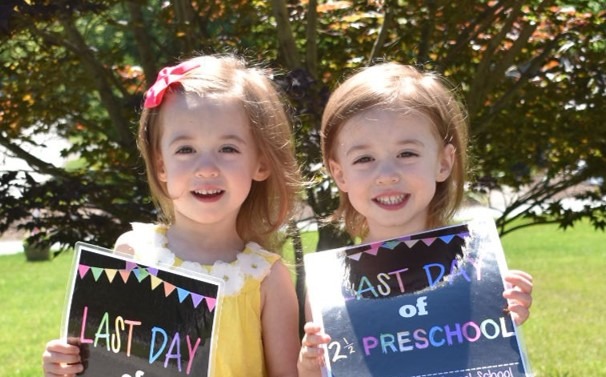 Comparisons Could Turn into Rivalries

When two people look so much alike, there is a high likelihood that their relationship becomes competitive. These competitions can be anything from who’s hair is longer, to who gets more attention, to who gets better grades in school.

My biggest regret as a parent of identical twins is not documenting who is who in photographs.  When twins look alike, in real time it is easy for parents to tell the differences between their children.  However, when looking back at photos of my children when they were younger, I often question my ability to tell my children apart. If I could go back to my younger self, I would have made it a point to write down which twin was captured in each picture.

My identical twins are truly a miracle and each day I am constantly in awe of how much two people could look so much alike, but more so, of the special relationship that my girls’ share.  In my opinion, the pros greatly outweigh the cons in being identical twins. 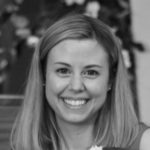 Lori Cavallario and her husband live in northern NJ with their three daughters, 5-year-old identical twins and a 2-year-old singleton.  After her twins were born at 31 weeks, she became a Family Support Specialist in the NICU where her daughters spent 6 weeks. She has a background in public relations, event planning, and a Master’s Degree in Elementary Education.  Recently, Lori published the twin children’s book, “Double Dose of Adorable: It’s a Twin Thing.”  She can be found planning themed birthday parties – (check out Twinvite Designs), making Pinterest recipes, and teaching her twincesses how to do crafts.

What is a Twin Connection Anyway? 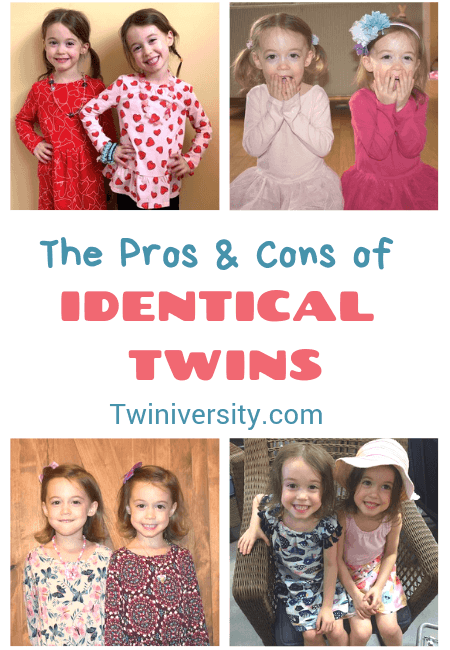