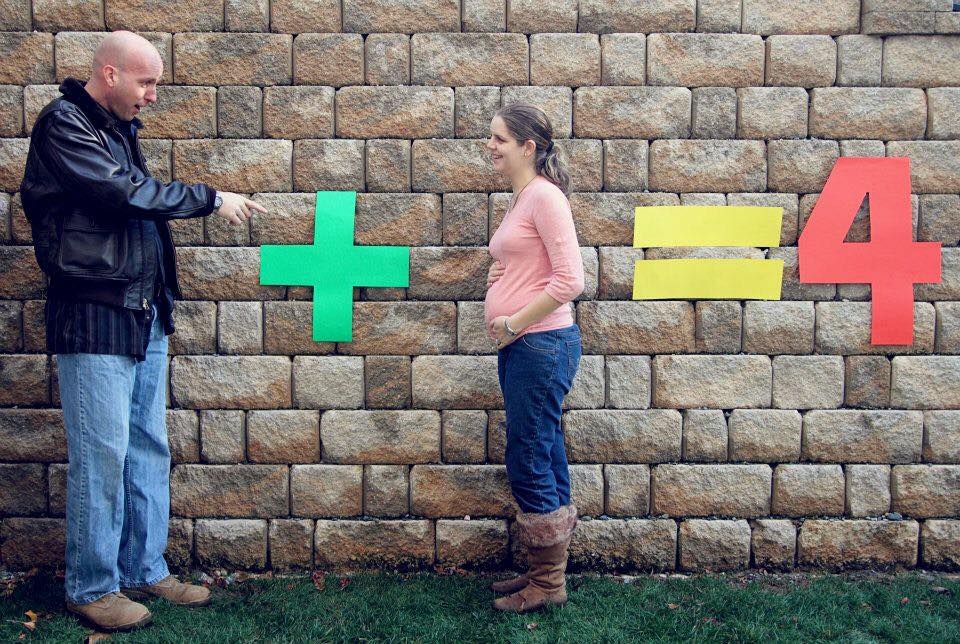 So you may have already announced to everyone the big news that you're pregnant. Now you have bigger news! You're pregnant with not only one baby, but multiples! It's like finding out all over again that you are pregnant! So we asked our community about some creative ways to announce that you're having twins or more. twin pregnancy 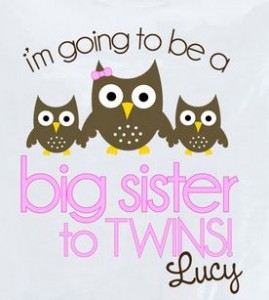 Many parents like to let their child/children break the news with a T-shirt announcing that they are going to be a big brother/sister. There are many designs available on at etsy and other t-shirt places that are twin specific. Our favorite is the giraffes from zoey's atttic. twin pregnancy 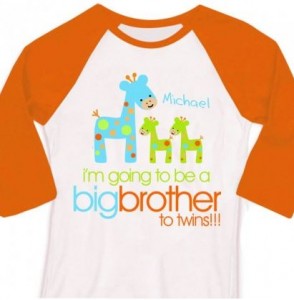 Want to make your own shirt or convert a regular big brother/sister shirt? It's easy and inexpensive. All you need is fabric paint and a brush or stamp. Twin mom Cassandra said “We made our 2.5-year-old a shirt that said ‘big brother' with 2 hearts on the back.  It took everyone a while to notice, and we had to explain the 2 hearts on the back.” 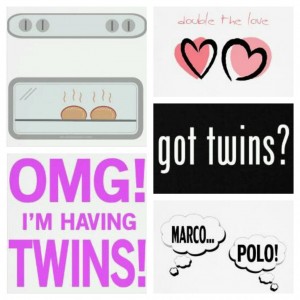 Don't have kids? Or just want to don your own t-shirt for your expecting twins announcement? Wear a “Mother of Twins” shirt as the expectant mom and watch everyone's reaction. Or let Dad make the announcement with this “Real Men Make Twins” shirt. twin pregnancy

A photo is worth a thousand words!

This is a great way to announce your news when you can't tell them in person. Because you really don't want to tell them over the phone. I did, and I regret it. So here are a few of our favorites! twin pregnancy

You've seen the comical announcement of the expectant mother throwing up in the toilet with apparent morning sickness with the announcement of expecting? Well these parents to be took in one step further and in a second shot of the photo, they announce it's twins with the dad taking his turn being nauseous from the news! Got to love their sense of humor! 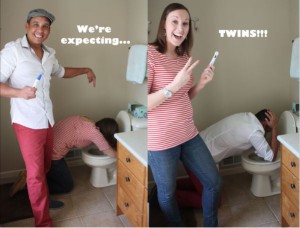 You can get creative in so many ways with this. One of our favorites is easy to do yourself. Just use photo frames with some pretty paper and write on the glass with a dry erase marker as Kristy B. did in this photo alongside her daughters. 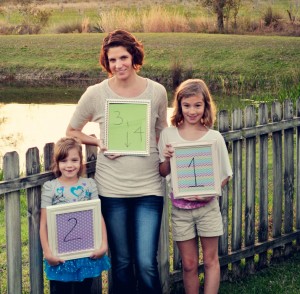 Amy S. used a framed chalkboard with her son in 4 photo frames. I LOVE the look on his face in the fourth frame! twin pregnancy 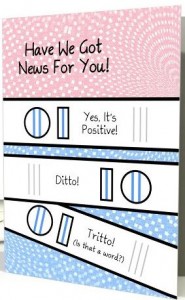 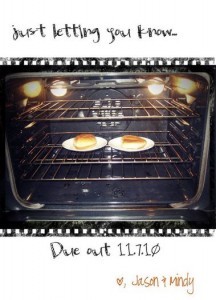 We also love these pre-made twin and triplet announcements. Here is a great “Buns in the oven” announcement that we found on Etsy. twin pregnancy 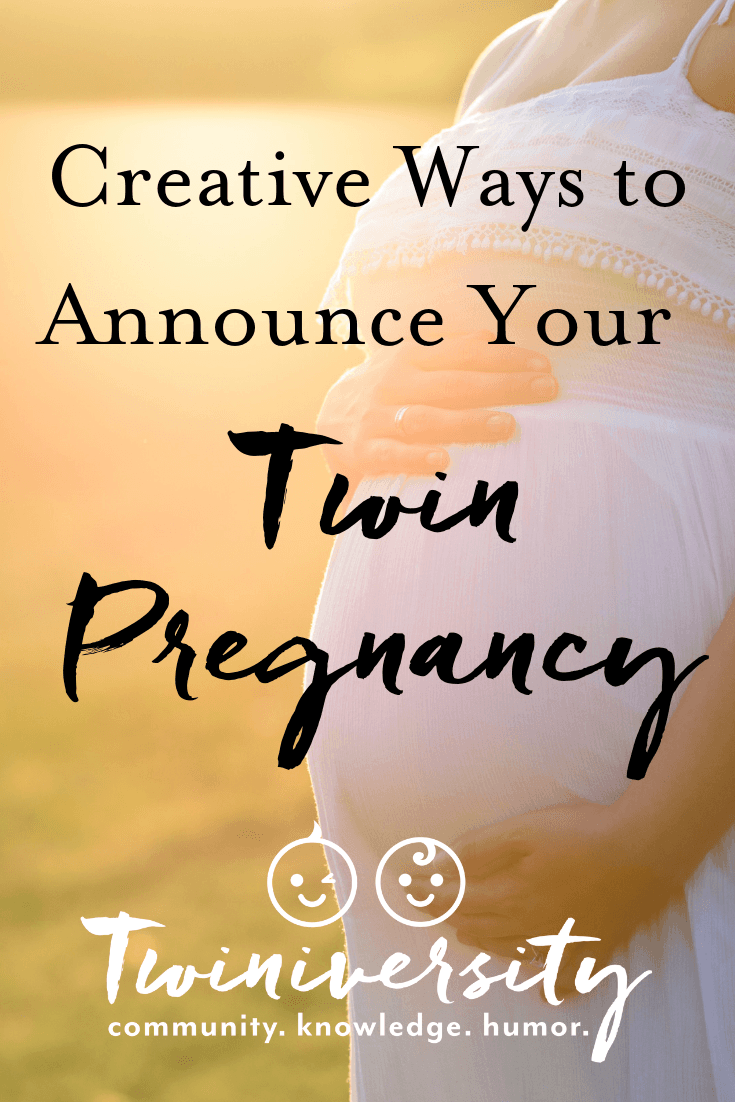 What a better time to make the announcement than when all the family is together for special occasion like the holidays?

This MoM says: “I found out in October I was expecting twins and waited to tell the family at Thanksgiving since everyone would be together. I teamed up with my sister to make a video collage of family photos that was about 20 minutes long.” twin pregnancy

“At the end of the video it said: ‘Our family is big but it is only going to get bigger… Someone in this room is expecting… Twins!!' and then it showed my ultrasound picture.”

“Everyone automatically assumed it was my sister who was expecting since she brought the video. When she said no, everyone was looking around, asking every female in the room if it was them. I then stood up and took off my sweater to show my, ‘Yes, I'm pregnant with twins' shirt. All their reactions were completely unforgettable.”

An exciting way to announce your news is watching them unwrap a gift. (This is a perfect way to capture their reaction on video.)

Natasha gave her gift at an ornament exchange her whole family was attending. “We bought an ultrasound picture ornament and my mom was the one to unwrap it. Both our parents knew already that we were pregnant, but no one knew it was twins.” The reactions were priceless! 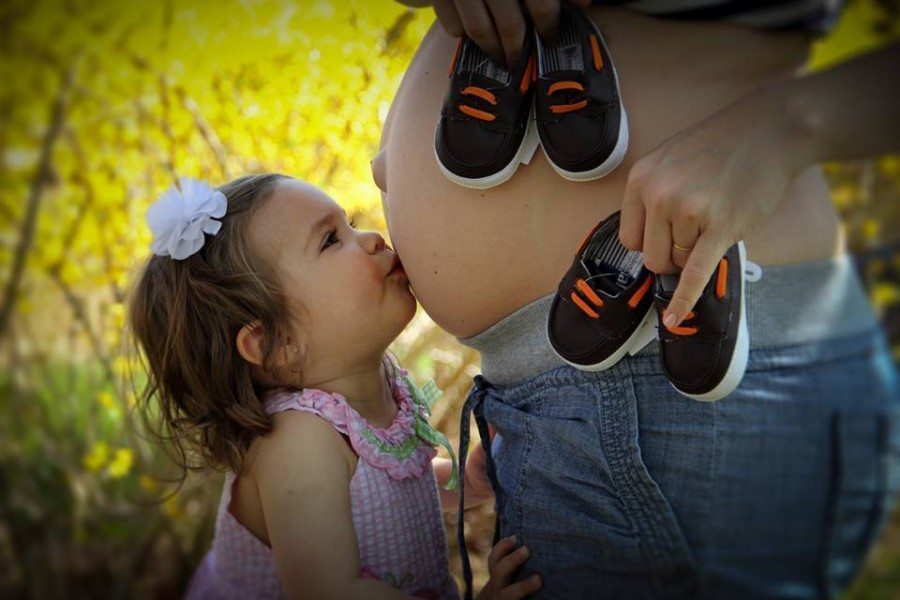 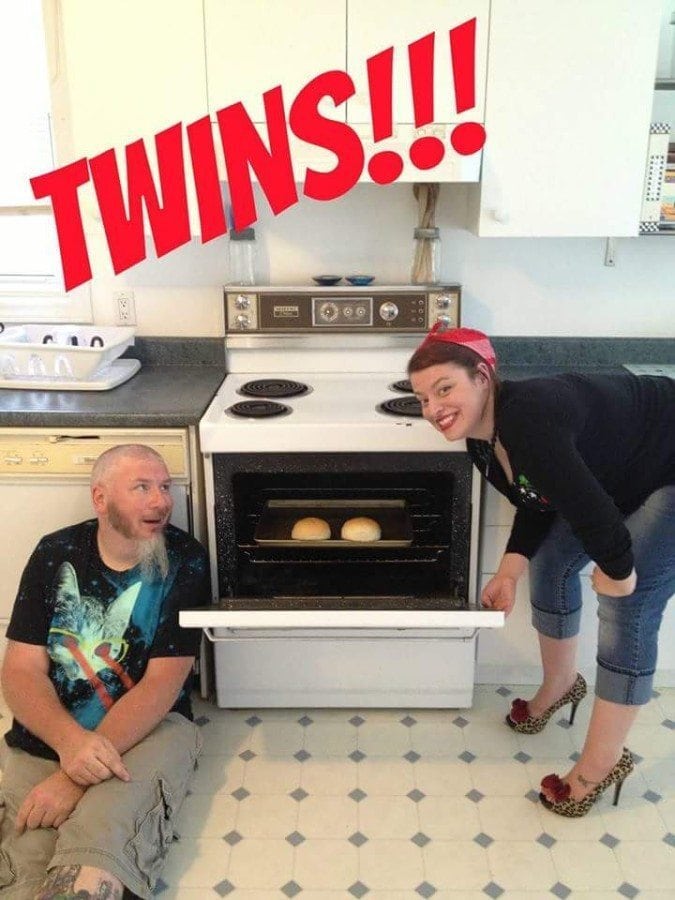 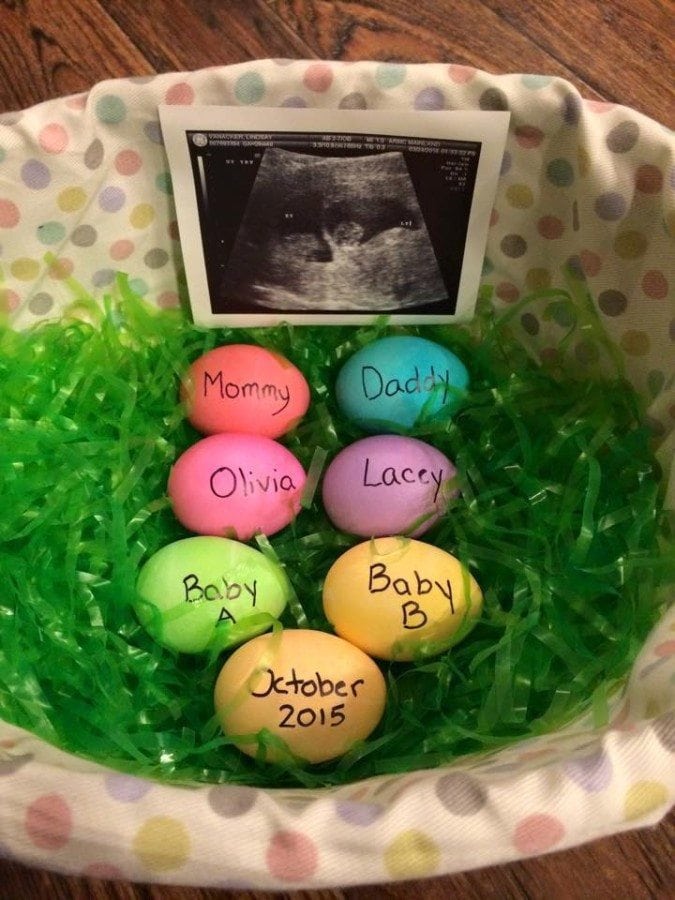 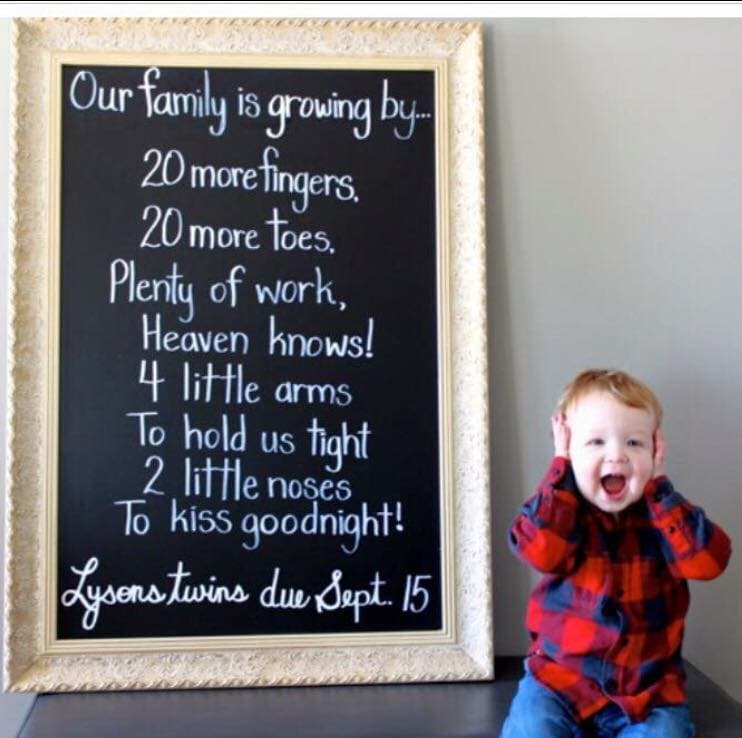 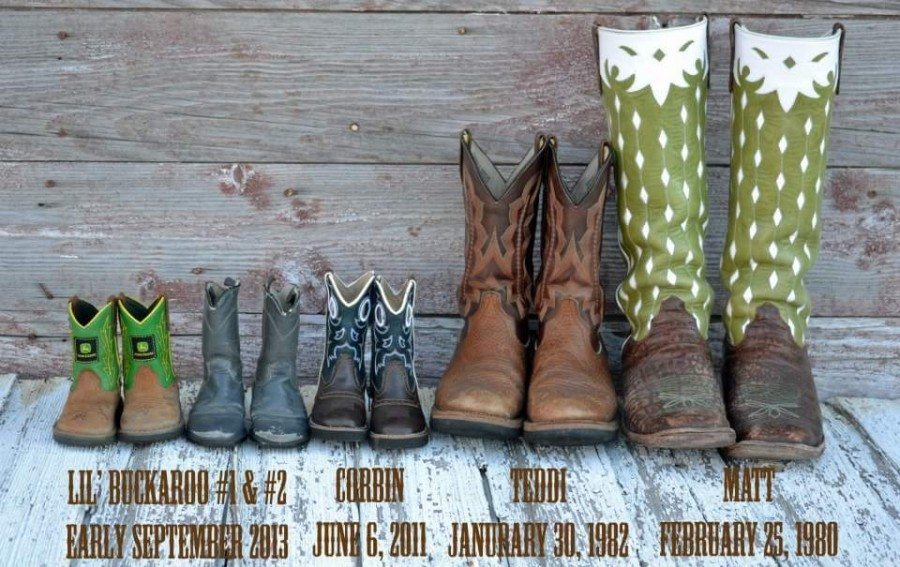 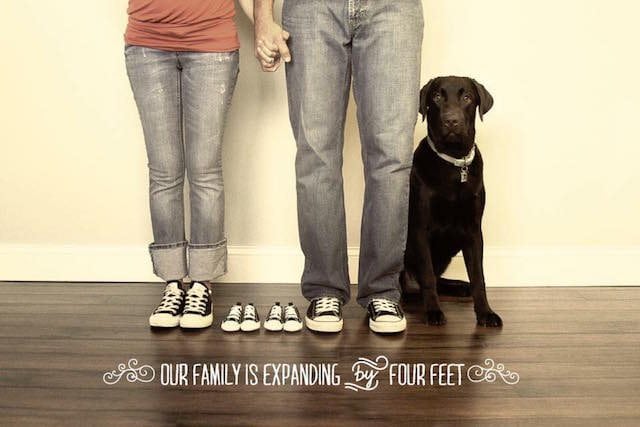 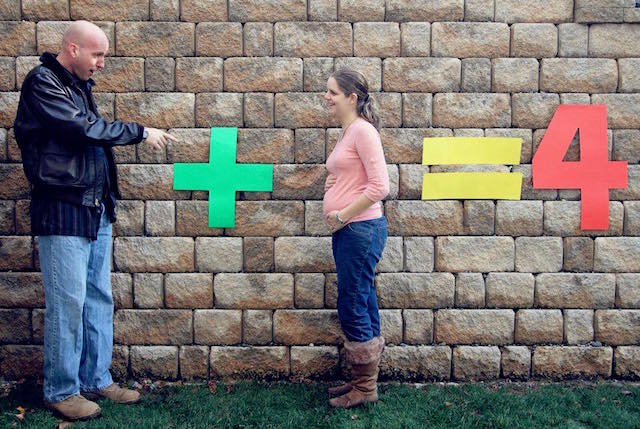 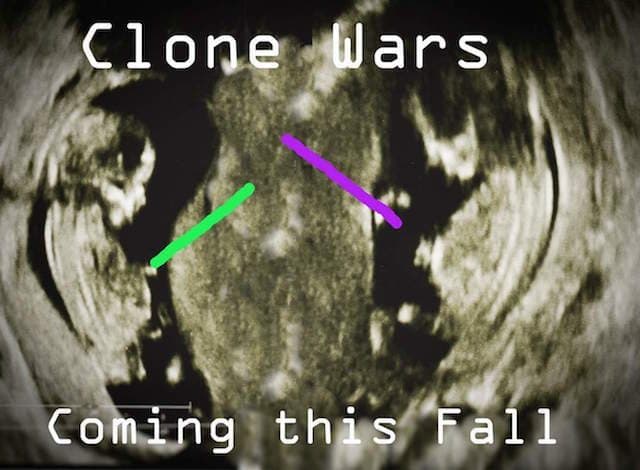 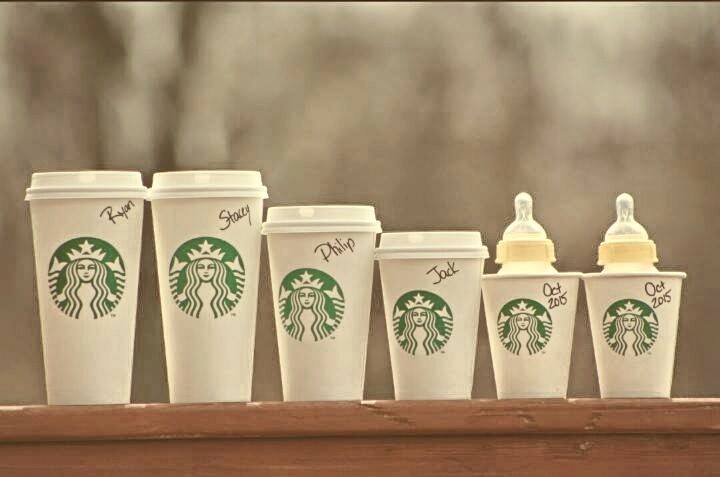 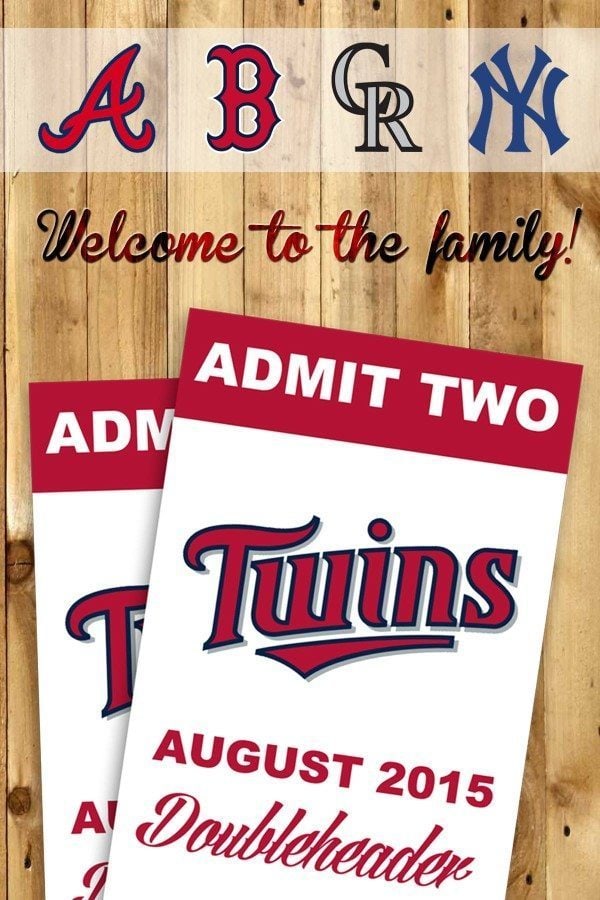 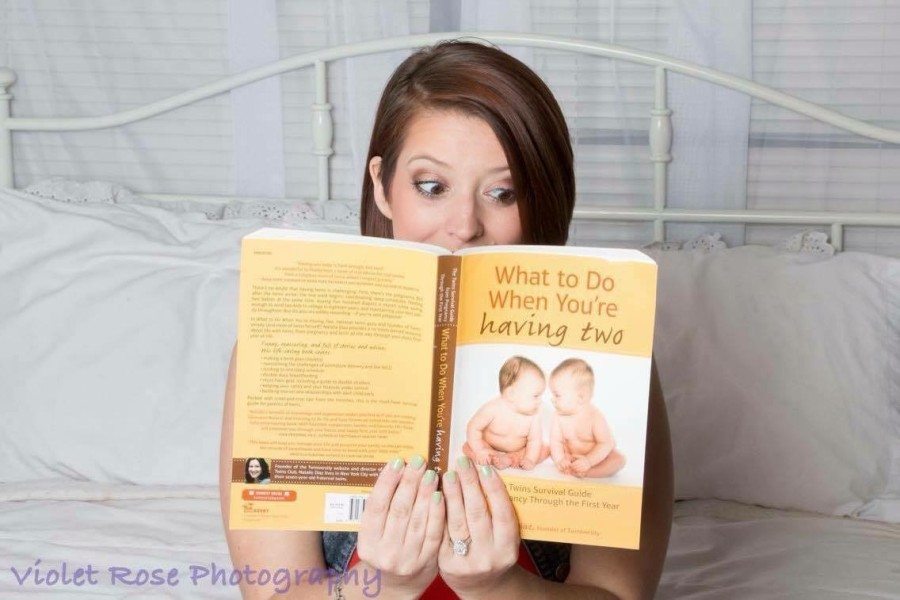 What better way to announce your twins pregnancy than with Nat's book, “What to Do When You're Having Two”?

Before you know it, it will be time to start planning the baby shower! twin pregnancy

Baby Shower Etiquette + Gifts for Under $50! 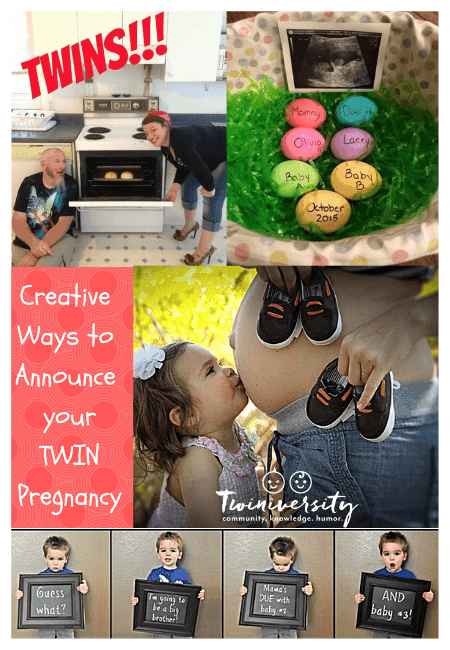