Home » Finding the Happy in Your Holidays by Creating New Traditions 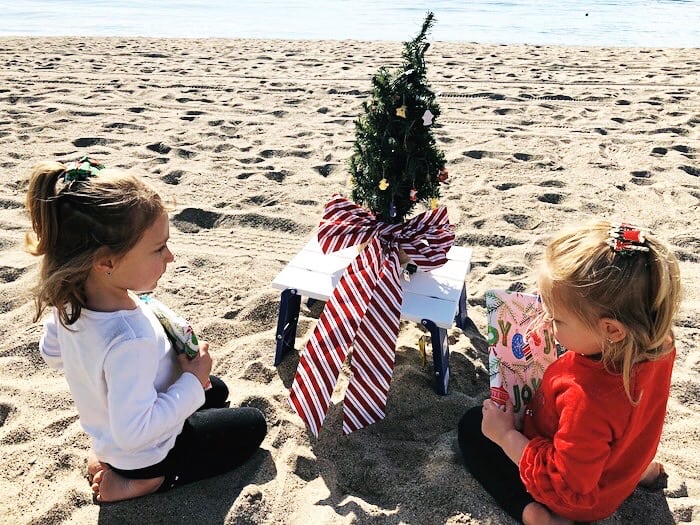 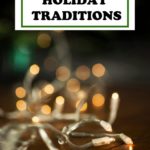 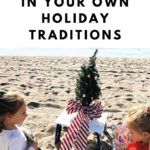 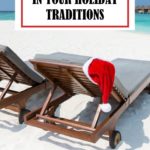 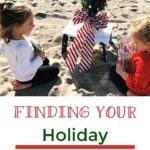 A mom of twins laments the passing of old family traditions as loved ones have passed on, but finds joy in creating new traditions with her own family.

Three turkeys, two pernil (roast pork), three trays of stuffing, three trays of mashed potatoes, two trays of arroz con gandules (rice and beans), a pot full of pasteles (hard to explain), one green bean casserole, an assortment of mixed vegetables, and a sad little can of cranberry sauce, sitting at the end of the table, its symmetrical lines belying the chaos all around it.

This might sound like enough food to feed the proverbial army for Thanksgiving, but it was really just enough to feed my mom’s large family. As a child, Thanksgiving included 50 or more people, dining in 4-5 shifts around my grandmother’s table, and it was remarkable.

The next day would be the official kickoff to Christmas for my mom and me. We would take the bus into Manhattan, getting off at the southern end of Central Park, in front of the Plaza Hotel. After taking in all the glamour of the Plaza’s decorations, we would then stroll down Fifth Avenue, checking out all of the holiday windows and lights.

After a brief stop to watch the skaters at Rockefeller Center, we then would arrive in the theatre district. After a nice dinner, we would take in a show, usually The Nutcracker or A Christmas Carol. The rest of the weekend would be devoted to decorating the house for Christmas, carols blaring non-stop, and every childhood ornament finding a place of honor on the tree.

A few weeks later, the same 50+ people would gather at my grandparents’ home on Christmas Eve for more food and family togetherness, culminating in a midnight gift exchange around the tree. I remember my mom shopping for months for all of her 9 brothers and sisters, her 16 nieces and nephews, and eventually the growing list of grandniece and grandnephews. We would all sit on the floor, holding big black garbage bags, eagerly awaiting our gifts, and looking forward to the day that we might get to help “play Santa,” or at least earn a spot on the sofa.

Such were my holiday celebrations until my mid-twenties, and I never felt a need or desire to change things. This was family. This was all I ever needed. And to me, this was just how it was done.

But life has a funny way of changing, even when you don’t want it to. And then you’re left with a choice – stay stuck in the past, or change with the times. As someone who clung to traditions like a lifeline, it has always been hard for me to embrace change. Funny what you find yourself capable of when you have no choice.

After my grandparents passed away, we began making new traditions with my parents and more immediate family. We held on to some things, like the post-Thanksgiving trip to NYC, but we had to let go of a lot of what we had cherished for so long. When my own parents passed, my brother and I had to reinvent our holiday traditions yet again. This is when I began to finally appreciate that it didn’t matter what we did for the holidays, as long as we spent them with the people that we loved the most.

I really took that idea to heart when my twins were born. They arrived early, so we spent an unexpected Christmas in the NICU in their first year. And, I kid you not, they took their first drinks from bottles at midnight on New Year’s Eve!

Over the next few years, we moved a lot, so we had to adjust our holiday plans as we went. One Christmas we went to the Central Park Zoo, and I made Christmas dinner for just the three of us (and the dogs!) back at our tiny New York City apartment. Then we moved to the other side of the country and started over. However, I still cart huge boxes of decorations with me, and my 1st grade hand-print ornament still finds a place of honor on the tree, now next to my kids’ preschool efforts.

My favorite new tradition that we started during our two years of living in California was driving to the beach on Christmas Eve, setting up a little tree, and exchanging books. Even last year’s epic Santa Ana winds could not deter us, although our poor little tree kept blowing over. We’ve relocated again, back to the East Coast, but we’re still within a relatively easy drive of the beach, so I plan to continue our beach book exchange. My girls love it and are so excited every year to read their new Christmas books in the evening before going to bed and awaiting Santa’s visit.

Although we are no longer in New York, I have to admit that it is still my favorite place during the holidays. I always watch the Thanksgiving Parade and the Rockefeller Center Tree Lighting with my girls, and I hope that we can spend more time there during the holidays as they get older. I look forward to sharing some of the traditions with them that I shared with my own parents, but with our own personal twist. This year, however, I look forward to exploring what our new city has to offer, and to creating new traditions all our own that we can share as the years pass.

One thing that has really hit home over the past few years is that I don’t need 50 people to celebrate the holidays. A friend of mine, who has also relocated quite frequently, once said in response to a stranger’s inquiry, “Home is where my family is.”

As family-centered as I always was, I never truly appreciated that sentiment until I had my girls. Now I understand that my home is wherever my girls are. We are enough, our tiny little family of three.

But we also open our hearts and our traditions to others who hold an important place in our lives, like my best friend, who is in every way my girls’ favorite aunt. Making new traditions together does not mean forgetting about the old ones. Rather, it is an opportunity to take what we loved most about an old tradition and turn it into something different, but equally meaningful. We honor the old traditions while finding the happy in our holidays in new and wonderful ways. 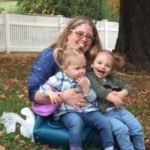