Home » How I Managed Overnights Alone with Twins 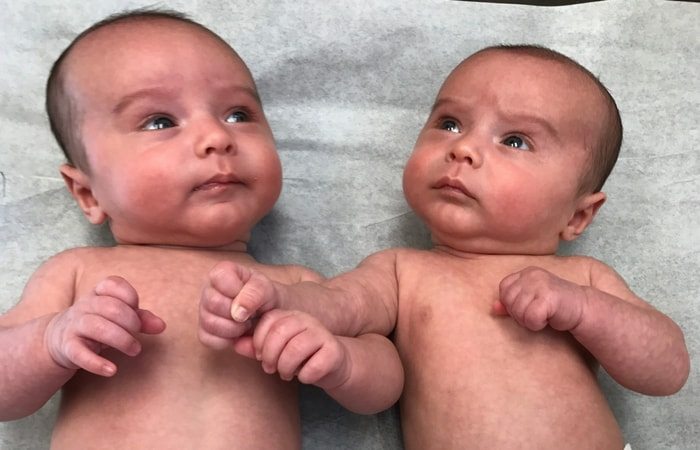 It is the part of parenting that everyone warns you about: the nights. From everything we heard, doing overnights and sleep deprivation are the hardest parts of managing newborns. In my particular circumstance, I would be doing this largely on my own and with twins. My husband is a dentist and, thankfully, this affords me the ability to stay home with our one-year-old, identical twin daughters. However, because he does such delicate work on people, he needs to get a good night of sleep. We agreed long before I even got pregnant that when we had kids, I would do the overnights on weeknights. Of course, I made this agreement before we knew we were having twins; before (naively) assuming I would be nursing, so his help would have been pointless anyway.

When I think back on this time, I really have to stop and think to remember what I did during these overnights. I’ve heard from many moms of multiples that the early days are often blocked out because of how hard it was. As you read this, keep in mind that this is what worked for us and may not work for you. But don’t be discouraged; flexibility is key with twin parenting.

My girls were born at 29 weeks and I wanted them to have breastmilk. Because they were too young to nurse, and then needed to have fortified milk, I pumped my life away and became an exclusive pumper. Our babies came home at 35 weeks gestation and feeding was a challenge. We still had to hold them at a 45-degree angle and burp them often. They were still getting the hang of the “suck, swallow, breathe” pattern to eat properly. Each feeding session was stressful and exhausting. In order to make sure they gained enough weight, I had to feed them every 3 hours overnight. Luckily, the first week they were home, my mom stayed to help. If you are lucky enough to have the help, take it! Don’t try to be a hero.

The first thing I can recommend is the Feed me, Change me, Love me Weekly Tracker for Twin Babies First Year. It saved me when the pediatrician would ask about their feeding schedule and my sleep-deprived brain was mush.

(Twiniversity Tip: Check out our Twins Daily Log to create your own tracker.) 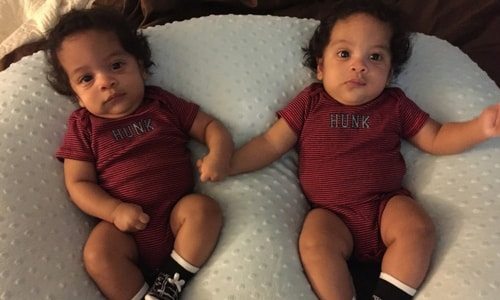 When my girls came home, I dropped my middle of the night pump. It was hard enough pumping all day with them, why make the nights that much harder, too? I was still pumping at midnight and 6 am, but at least I wouldn’t be pumping during middle of the night feeds, which allowed me a little more time to sleep.

We actually set up their nursery to include a bed for me and the girls’ bassinets. It was easier than trying to navigate our room in the dark and I could move about without worrying about waking my husband. We also bought a wall hygrometer (thermometer and humidity gauge), used a space heater, and took their temperatures often.

The first few weeks our girls were home, they were taking 2 ounces of milk twice in the middle of the night. I would prepare four bottles and put them in a bottle cooler with a freezer pack. To ensure they gained enough weight, I had to wake them to eat. Just before I had to wake them for their first feeding, I would turn the bathroom sink faucet as hot as it would go, fill the sink, and put the bottles in to warm. Then, I would wake the first baby, change, feed, and burp her, and put her back down to sleep. Then I would wake the second baby and repeat. My girls would get terrible gas and were stubborn burpers so, initially, I had to feed them one at a time.

As they got older, I could feed them both at once. I would wear my Twin Z Pillow while leaning up against the headboard of my bed, and put one baby in the Twin Z in the “football hold”. Then I’d pull my knees up to a bent position and put the second baby on top of me, with her butt against my belly and her back against my thighs. This way, I could feed them both at the same time and be in a comfortable reclined position. My girls were extraordinarily sluggish eaters so the whole process would take an hour (now they can down an 8oz bottle in 5 minutes). Then I would hope for two hours more sleep before starting again. This was all always done in very low light with no talking or eye contact. At this stage, they could pretty much sleep through a diaper change and go immediately back to sleep after eating. In the morning, I would pump, take them downstairs for a feeding, and wash all of the pump and bottle parts.

Every night I would count down the number of nights left until the weekend and I would have my husband’s help. There were many nights before I fell asleep that’d I’d cry out of sheer exhaustion and no end in sight. 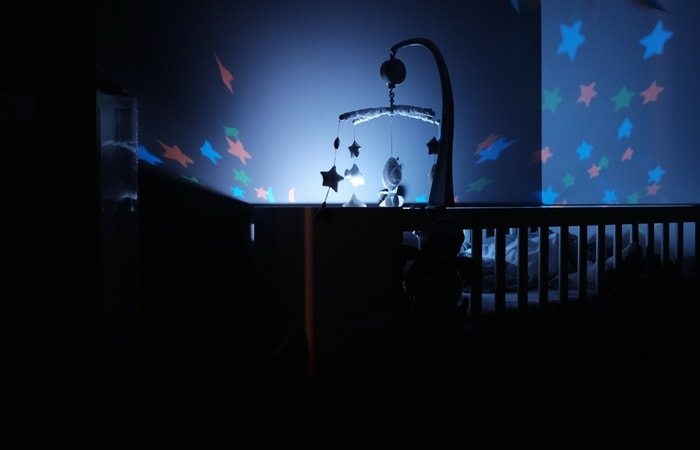 As they got older, I would stop changing them in the middle of the night. Our girls did not mind having wet diapers, did not get diaper rash, and only had dirty diapers in the night about once a week. They started waking up to eat as opposed to us waking them. So we started doing a “dream feed” at midnight to replace a 2 am wake up to feed, helping them to sleep until 6 am. A dream feed is when you offer a bottle during sleep.

As they approached 6 months old, we started to wean them off of the dream feed. We slowly decreased the amount by half an ounce every three days and right at their 6 month birthday, they slept through the night for the first time! We also used the Nested Bean Zen Swaddle and Zen Sleep Sack, which seemed to work. All of these steps were based on the direction of our pediatrician because of their need for weight gain.

Since they reached about 7 months old, we have battled many sleepless nights due to teething, gas, colds, and just getting used to waking up…or maybe separation anxiety? I tried everything from “cry it out”, Ibuprofen, gripe water, mini bottles, sitting next to their crib and singing… I tried it all. Intermittently, they would still sleep from 8 pm-7 am so I knew they didn’t need to eat and could sleep. Then magically around 11 months old (8.5 months adjusted), for a whole week, they slept and have been sleeping ever since. I still prepare mini bottles and keep them in a cooler just in case there is a crisis, but I stopped offering them a bottle when they woke up at 8 months old. 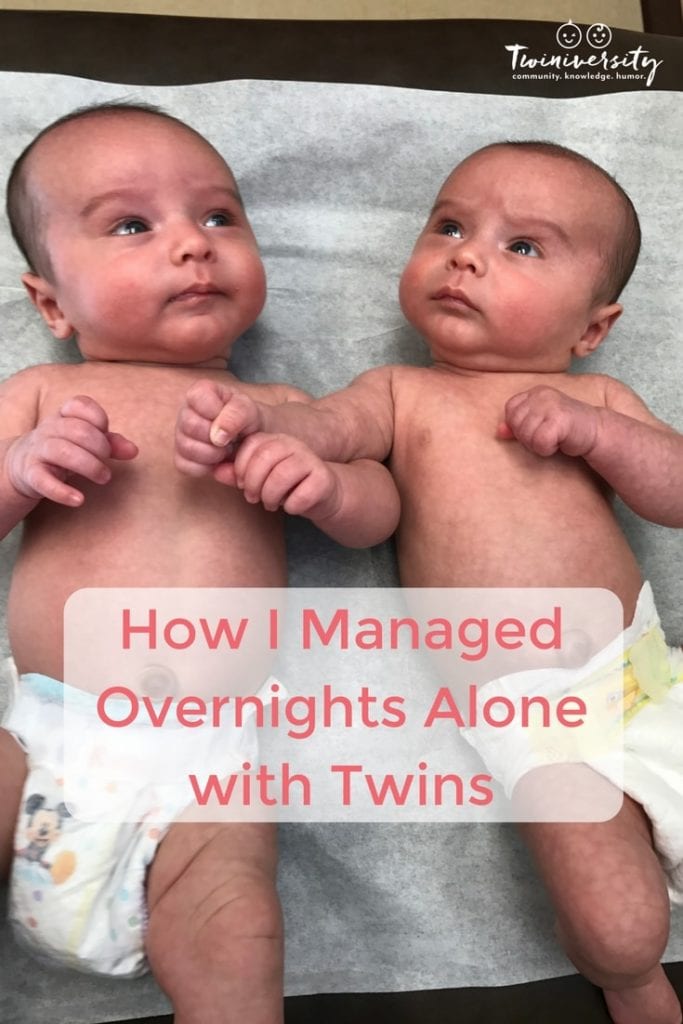 I tell you this, all of this, to let you know that I do not believe there is any magic formula for sleeping. We all know that every baby is different and it may take a lot of experimentation to figure out what works for each of your babies. As you can see, when I thought we had finally reached sleeping through the night, another obstacle came along.

Now that my girls are a year old and don’t fit on my chest so perfectly, it’s easy for me to look back and say that they are only little for such a short time. Don’t wish it away. Once they fall asleep, cuddle them just a little longer; breathe it in. While you won’t miss the sleepless nights, you will someday miss how little they are.

Megan Berman is an awesome woman, wife, and mom of newly one-year-old identical mono-mono twin girls, Clara and Ava. The Berman family lives in Maryland and loves all things Maryland Flag and crabs! Clara and Ava had an incredibly difficult journey into this world, but everyone is thriving and so much stronger for it! Before becoming mom-in-chief, Megan studied Environmental Science and worked in the field for 9 years. She still enjoys being outside and doing whatever she can to save our planet. You can read up on their crazy journey thus far and follow along on what is sure to be chaos on Megan’s blog https://tttsandafter.wordpress.com/.

5 Tips for Your First Day Home With Twins

6 Times to Ditch The Advice In Your Twins First Year