Home » This Sucks! Tips to Kick the Pacifier Habit with Twins 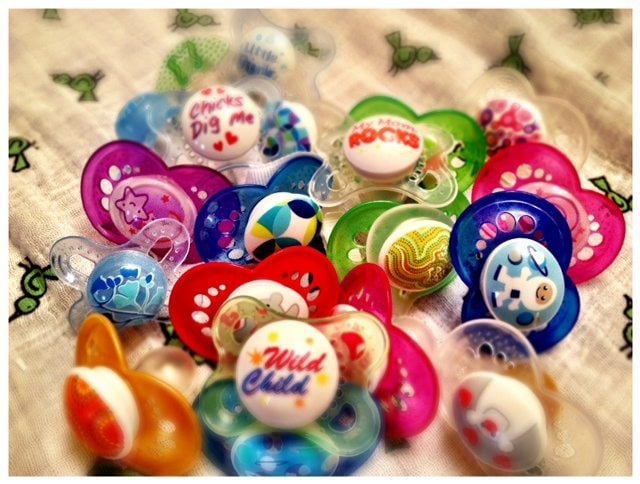 Are you ready to wean your twins off pacifiers, but you’re worried it’s going to be an epic fail? Here are some awesome tips from our Twiniversity fans to help get you through it!

– A few weeks after they turned 2, we took them away completely (before then, we had weaned them down to naps and bed time only). My son had a rough night or two, but 2.5 years later, no problems!

– Out of 4 boys only 1 took the paci and that was my oldest. We swapped it out for Mr. Monkey which was a beanie baby monkey. He never cried for it but by that time we had only let him have it for nap and bedtimes. Now we have to get our only thumb sucker to stop and unfortunately don’t know how to get that to stop. LOL! 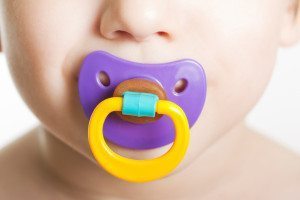 – The Binky Fairy came and left a stuffed toy in place of the Bink. We had weaned her to only having it at nap and bedtime. I only had one to wean, the other gave it up on his own.

– I gave my son ownership of his pacifiers at about 2 1/2 years old (his twin sister sucked her thumb so I only had one to do this with). I kneeled down and told him we needed to talk about pacifiers. I put all the pacifiers I had in a basket and told him that now that he was old enough, he really didn’t need them any more so I wasn’t going to buy them or be in charge of them any more. I gave the basket to him, told him to come up with his own rules about them and when they were gone/lost/broken, the pacifiers would not be replaced with new ones, what he had and could keep track of was what he got to keep. I took him to the sink in the bathroom and showed him how to wash them with soap to care for them. I told him the cleaner he kept them, the longer the pacifier would last and not break. Out of the 11 he started with, about 6 were lost in the first 2 days (if I found it under the couch or wedged in the cushions, some random place like that, I would toss it at night after he’d gone to bed). After the initial excitement to use his pacifiers in the car or at the park, he decided, on his own, to only use them in bed by that point so he wouldn’t lose any more. I was impressed how long he managed his last 2 pacifiers with absolutely no help from me. Nearly a year later (maybe 10 or 11 months) his last pacifier broke. He showed me where it was broken with a tear in his eye, handed it to me, ran off and played. Not another word about it or tear was shed over it, he never asked for me to buy more, nothing… in that moment, the pacifier phase was over and he was all grown up. 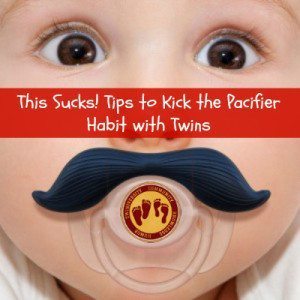 – We “mailed” them to the baby clowns in the circus because mine was in love with all things circus. We put a package in mailbox with a toy and confetti which was “mailed” back to him.

– We took theirs away at 3 months old so they could learn how to self soothe. It was rough for a couple days, but so worth it! Never having to carry pacifiers around was so freeing!

– We didn’t do anything fun. . . when we switched from bottles to cups at age 1, we just stopped giving pacifiers and substituted “loveys” as comfort items for nap time and bedtime instead. To our surprise, the transition was much easier than we thought it would be, and we ended up being very glad we didn’t wait until our twins were older.

– A friend of mine got Santa involved, and another friend told me about a local farm that uses old pacifiers for the piglets! 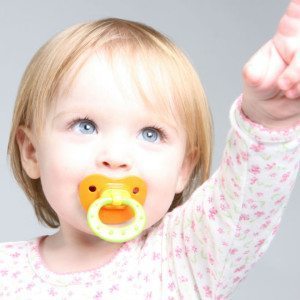 – At about 2 years and 3 months we put all the pacifiers in a gift bag and took them to the babies at church. We made a big deal that they were doing something nice for the babies in the nursery. Only my boy had a rough couple nights, but it was actually a really smooth transition.

– We traded Santa his baby pacifiers for a big boy Batman toy at Christmas time. Mall Santa looked confused at first until I explained it was a “trade”.

– We weaned down to nap time and bedtime only. Then before their second birthday we got rid of them and never talked about them again. If they asked for one we ignored it. They were over it in about 2 weeks.

– The dummy fairy came. We went and bought a special box from the dollar shop, then went on a dummy hunt. We placed the dummies at the door that night for the fairy…she bought a little Thomas train and a small candy to replace each dummy.

Pacifiers 101: How to use ’em, when you’ll need ’em, why they could help your twinnies