Home » When Did Your Preemies Hit Developmental Milestones? 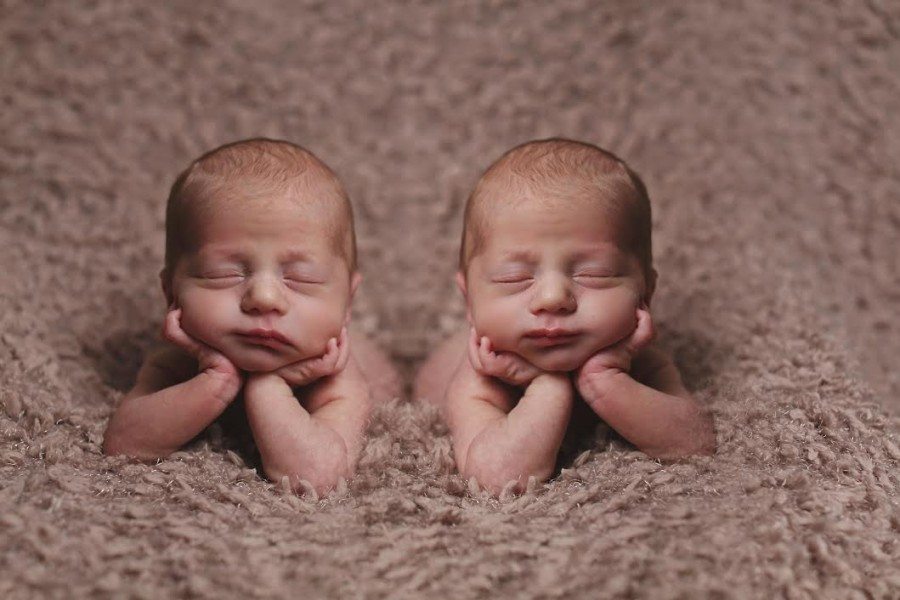 A MoM asks, “My preemie twin girls were born at 30 weeks and are 9 months old today. My girls are behind on development, which I know is normal for preemies, but I would love to hear from other moms of preemies (born around 30 weeks or earlier) on how old their twins were when hitting milestones such as sitting, rolling, standing, walking, eating finger foods, holding cups, talking, etc. And any details would be appreciated! Like, was physical, occupational, or speech therapy needed? How old are they now and how are they doing developmentally? Thanks in advance!”

Here’s what our Twiniversity community had to say…

– My boy/girl twins were born at 31 weeks. They did everything later, not TOO much later but they were behind. They weren’t walking until about 13 months. And they are speech delayed. They are now 3 1/2 yrs old.

– My twins were born at 35.5 weeks and haven’t had any issues, but my singleton was born at 24.5 weeks and 1.9 lbs. He had to do some speech therapy for his speech delay, and he was slower in almost every milestone, especially size. At 2 years old he was in 12 month clothes. He walked later, and even potty trained a little later (though that could have been my fault). He is now almost 6 and is doing great. He is one of the fastest kids on his soccer team, his speech is right where it needs to be, and he can do everything the other kids do. He is still small though, but so are my husband and I so he may just have small genes. I will say that my twins are developing at different rates too. My daughter is talking a lot but isn’t as physically strong or developed as my son. My son is strong and can climb, run and handle anything physically but talks less and his words are a little harder to understand. They are 21 months now.

– My girls were born at 34 weeks. They started to sit up around 9 months. Crawled around 10-11 months and walked at 14. They’re 18 months now and still pretty tiny. We stayed on formula until probably 14 months or so and are still taking milk from bottles. They drink juice and water from sippys but still cough on them a lot. It took a little longer to get off baby food too.

– My b/g twins were born at 31.5. My daughter walked at 14 months and my son not until 17 months. That was really their only delay. They are now 3 and have been on track since about age 1.5. If you have concerns about development, check with your local county development center. I had evaluations done on both my kids for peace of mind and it’s covered by early intervention and insurance until age 3. I will say they are both small for 3 year olds. But my son was 2 lbs 9 oz at birth and is hanging tight at 26 lbs. My daughter was 4 lbs 1 oz at birth and she’s almost 28 lbs. They are perfect now!

– 30 1/2 weekers, b/g twins. Born at 3lbs & 1.14lbs. They were a little behind in some milestones compared to a friend’s girl that was due days apart from mine. Some of the milestones they hit first. They just turned 2. We’ve had Early Intervention come since they were 6 months to help with development. Preemies usually catch up by the time they are 2. My son doesn’t talk nearly as much as my daughter and he is getting there, but he excels at other things. They may be twins but they are different people and will develop/ learn things at different times.

– 13-14 months old when they started walking. Son crawled 2 months before my daughter but then she just one day got up and started.

– My boys were born at 30 weeks too and one was always a bit behind than the other. They are four now, the same height and weight and are healthy. They catch up!!

– My girls were born at 29 weeks. They were behind on everything and evaluated for speech. One had to work on core strength and one had her airway rerouted. I heard they would catch up at 2 but in our case it was much closer to 3. They are now 3.5 and, according to their pediatrician, ahead of milestones. I would say for peace of mind have them evaluated but don’t stress too much and be sure to talk to your pediatrician about your concerns.

– I have b/g twins born at 32 weeks. They are 6 months old now. My daughter spent 48 days in the nicu, my son 164 days. My daughter is hitting almost every milestone while my son is behind. I’ve seen great progress with having OT/PT/Speech come in and work with him.

– My girls were born at 27 weeks and micro (1lb and 2lbs) and spent 2 1/2 months in the NICU. They both needed physical therapy, occupational therapy and nutritional therapy (My 1lb-er stayed on a newborn schedule for 10 months – eating every 4 hours). They were always 3-6 months behind but in different areas. I had one walk at 11 months and one walk at 18 months. The one who walked at 18 months was always behind on rolling over, sitting, crawling, etc (gross motor). My 11 month walker was always behind on fine motor – she had sensory issues. We worked with them intensively for 3 years and by year 3, they were both caught up (the doctors said they would be, but I never quite believed it until it happened). My girls just turned 9 years old and one would never know they had such a tough beginning. Hang in there! I would definitely get them evaluated by 2 different physical therapists (there can be a wide range in diagnosis) and 1 occupational therapist. It won’t hurt to check it out and the more you know, the better you can do with them. Both a PT and OT will give you exercises you can do with your babies every day to help them “catch up”. As you can see from my picture, my little micro preemies are doing just fine!

– My girls were born at 31 weeks and were a bit behind on walking and speech, etc. Now they are 5 and are all caught up, if not more!

– My girls were born at 30 weeks 3 days. And are now 26 months. They are all caught up and you would have no idea that they were behind. They didn’t crawl till a year weren’t eating solids till a year and a half. They didn’t walk until 20 months. Between age 1 and 2 they did a lot of catching up.

– My boys were about 30 1/2 weeks and were slightly behind. Walking didn’t come till about 18 months and finger foods were a problem until about 9 months. We had a lot of choking and gagging. Right now they are 2 and 4 months and are starting speech therapy because they are delayed.

– My boys were born at 30 weeks and spent 5 weeks in the NICU. They have always been a little behind but nothing too serious. One baby has low muscle tone so he was in physical therapy and occupational therapy. He graduated right before turning one and has no issues now! They walked at 15 and 16 months but we introduced food and cups at normal actual age. They will be two in July and although they are still small, they have hit all their milestones on time and are making beautiful progress! Try not to compare too much. I know it’s hard. Especially when you have that one friend who is always bragging about what her 40-weeker is doing or how much he weighs. Work together with your doctor for any concerns, but by age 3 most preemies are caught up to their peers.

– My boys were born at 34 weeks so a little older then what your asking. Everything was 100% on track for development until sitting. They just turned 9 months and JUST started sitting; definitely not stable yet. Also finger foods. One is just starting to experiment with them, still eating mostly baby food. The other twin will not touch it. He coughs, gags, and presses his lips together like I’m trying to poison him. LOL! They started to crawl at about 8 months but still only pulled themselves around never started to use their knees, but they are already showing interest in standing.

– I’m also a mom of preemie twin girls born at 30 weeks. I’m not one to track each date for milestones but I can tell you that they just turned two and are hitting all age appropriate milestones. They are actually ahead in some areas. They had different challenges at birth and soon after (both GI related) along with many of the common preemie issues. One spent 89 days, the other 125 days. One needed more intensive OT and speech and later intensive feeding therapy while the other was discharged from both before turning Two. I would definitely work with your local early intervention program just for reassurance. They were immensely helpful in aiding their development. Hang in there!