Home » What is the Best Pregnancy Test? 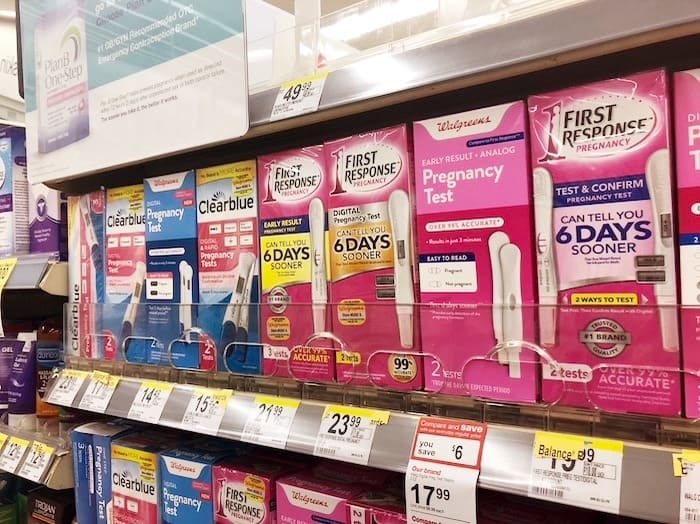 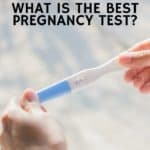 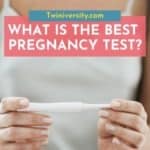 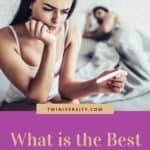 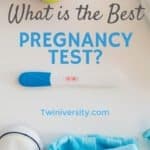 Whether you’re trying to have a baby or you’re trying avoid having a baby, choosing the best pregnancy test is ideal to make sure you’re getting an accurate result.

If you’re having early signs of pregnancy you’ll want to make sure the pregnancy test you’re taking will give you a clear result. Early pregnancy symptoms alone are not a good indicator that you are pregnant — testing is the only way to confirm if you are truly pregnant.

Early pregnancy detection is important to make sure you’re doing all the right things to get your pregnancy off to a healthy start. Symptoms of pregnant such as nausea, vomiting, cramps, and dizziness are common pregnancy symptoms, but they could also be symptoms of other illnesses that should not be ignored.

We polled our community of moms to find out what they think is the best pregnancy test — from twin moms who have been there on the other side of the pee stick!

The cheap ones from Walmart…98 cents! They are simple and cheap and work just as good as the name brand ones! – Shelbi S.

I prefer digital ones just because there is no question. – Anna H.

The cheap 99 cent pregnancy tests are the exact same ones we use in the clinic where I work. – Lauren R.

Cheap ones worked great for me I had a positive 3 days after IVF transfer. – Rachel B.

I don’t know about the best, but I do know that I don’t like the ones with smiley or sad faces. I feel like that is very presumptuous of the test to assume my feelings (as I learned with my surprise baby). LOL… – Heather M.

The 98 cent Walmart ones gave me positives before the name brands did. So I stick with them! – Heather D.

With all 4 pregnancies, I used the dollar store ones!! Accurate every time. – Erica A.

I bought a big pack of Wondfo from Amazon for cheap and then when I got a positive I got a digital one just so that there was no question. – Jessica B.

Definitely the cheap Amazon ones at first, because I’m an early tester and then once I start, I have no self-control! LOL! But then I always want to see a nice dark line on a First Response! – Katie C.

Clear Blue Digital. Got my positive at 5dp5dt. It came up positive seconds after I took it. – Victoria M.

I’ve heard they’re all the same. But I trust First Response. Nothing logical behind the preference. Just gut feeling. – Jenn T.

I’ve used expensive and cheap ones and they all work the same in my opinion! – Nikki L.

Honestly, I don’t care about the brand, but I prefer the ones that say either “pregnant” or “not pregnant”. I’ve always hated trying to decipher what the lines mean. – Stephanie K.

The best ones are the positive ones after trying for months. ?? – Laura W.

I prefer ones that say I’m not pregnant! Ha! Cheap ones worked well for me. – Rachel A.

Related Articles – What is the Best Pregnancy Test?

Twin Pregnancy Calendar: What To Do and When To Get Ready

So You Just Found Out You’re Pregnant with Twins. Now What?