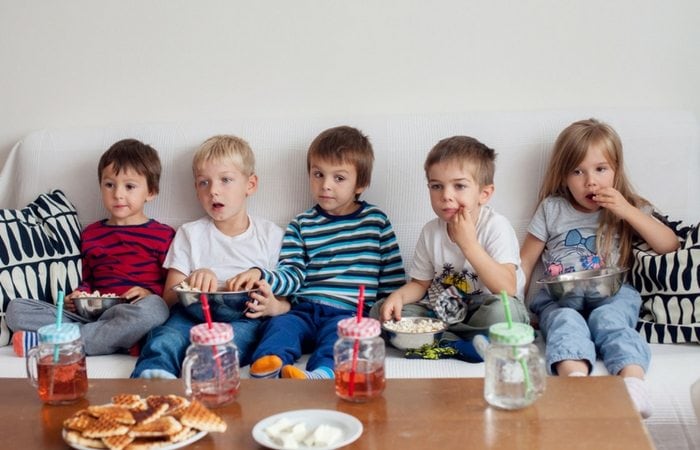 Twins are a handful. There’s no denying it. Lots of fun, lots of giggles, lots of adorable, but still a handful. Now imagine adding that to an already big family with four kids.

We were already generally considered by most to be in the large family category with two girls and two boys. After my husband returned from an overseas deployment, I remember deep conversations about the things that really mattered in life. Somehow in there, we decided maybe adding one more to our family wouldn’t be too crazy. Ah, the irony! 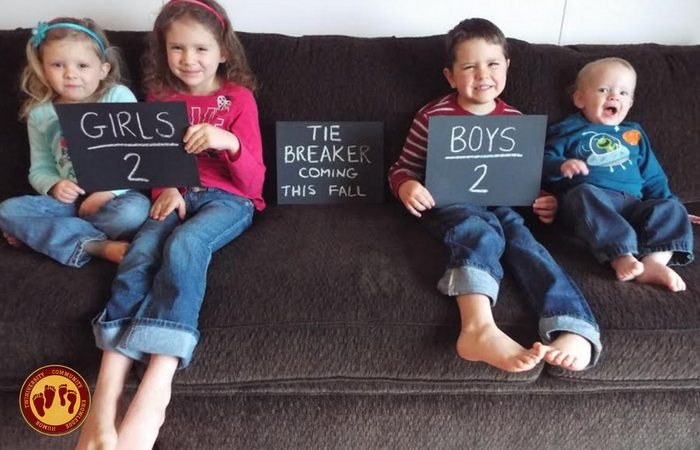 Now I’ll be honest, I did have a family history of twins. I even speculated in my earlier pregnancies that I might have twins; but after four singleton pregnancies, having two at once wasn’t really on our radar this time around.

I remember going into my first appointment with the midwife. A “hmmm” and a few pauses made me think that maybe something was truly different about this pregnancy. An ultrasound soon after confirmed it. Two more babies were coming. Not one, TWO! My oldest at the time was only six years old. By the time the babies were born, I had six kids ages seven and under. I don’t believe there’s anything in life that can truly prepare you for twins, but then when you realize you have four other young children depending on you for so many things in their daily lives still, the task ahead seems even that much more daunting. Just like the majority of parents out there, you take one season, one day, and when necessary, one moment at a time, and things often seem a little less overwhelming. 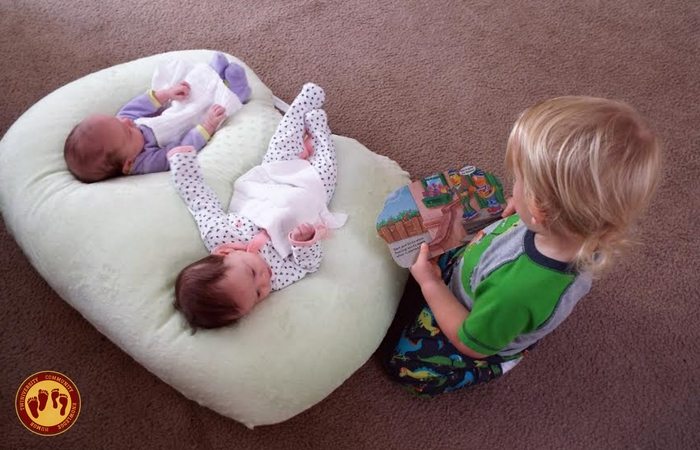 One of the biggest initial challenges with so many so young was really just finding enough opportunities for all of the kids to help. They were all so excited about two babies, and my sweet kids are such amazing helpers. Unlike just having one or maybe two older siblings to go grab a diaper or a pacifier for the baby, I had four kids asking to be able to do something. At least there were two babies, right? So we learned to separate the tasks and sometimes the “job” was just to smile at them and hold baby fingers or read them a story.

Already being an organized mama to a handful of kids prior to twins I believe helped tremendously once the babies were here, just keeping everyone in a routine and allowing lots of flexibility and grace along the way of course. Also helpful was the wonderful blessing of having my husband able to take a few weeks off of work when the babies were born; not just so I could recover myself, but also so my other kids had plenty of care and attention while I was navigating twin diaper changes and feedings and everything in between. Meals delivered by friends and family were simply above and beyond what we expected. Having a support system, however big or small it may be, I truly believe is vital to surviving the early days with twins, maybe even more so when you have other little ones around. 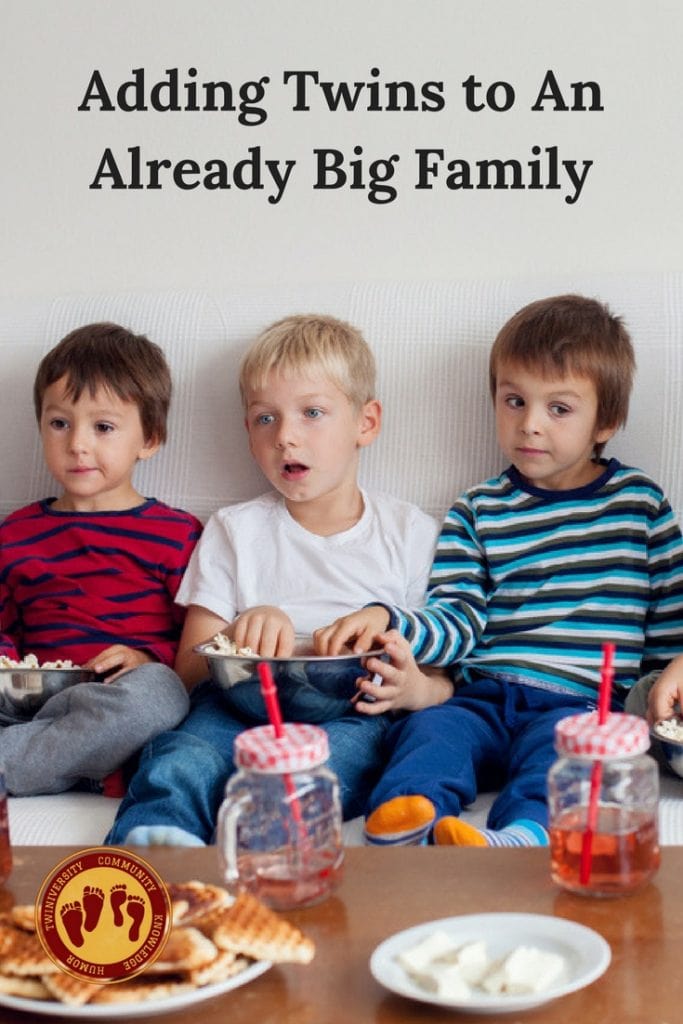 Now over a year later, my kids are still amazing helpers most days with their baby sisters. Both big sisters are happy to help fold and put away their little sisters’ laundry. Their biggest brother is consistently so sweet and loving with them, often putting their needs and wants above his own. Even my three year old is a pro at making them laugh hysterically at his games of “peek-a-boo” and crazy wild antics. They all read them stories or dance or sing them a song if they seem upset. The twins truly do have a whole houseful of “big people” to look after them and love them. We may not have expected two at once, but I sure can’t imagine our family without them. We love our big crazy family! 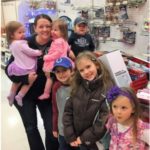 Honey Woods lives in Indiana with her husband and six kiddos ages eight and under, including her identical twin toddler girls. She spends her days homeschooling her four oldest, getting lots of snuggles, making giant meals for tiny people, working on the family business, and basically organizing the chaos.  And in her free time… wait, nevermind.  You can follow Honey and her busy life with six littles at Blessings and Boogers or on Facebook.

Giving and Receiving When Your Family Is Large

How We Made A Big Family Decision With Our Kids