Home » Should I Separate My Twins in School? What the Research Suggests

Should I separate my twins in school? Every parent of twins has to deal with this question. Learn what research says about it.

And just like that, your twins are in school.

WHAT?! How did THAT happen? They were just born! How can they be in school already?

Uh, oh… kids, man. They’re tricky like that. They grow so quickly, and before we know it, they’re in Kindergarten. Are you ready? Are they? Did you buy everything on the class list? Will they be okay when you take them on that first day, or will they cry? Will you? At least they’ll be together… right? RIGHT? Maybe. Maybe not.

It’s no secret that the incidence of twins and multiples are on the rise, due to increased maternal age, as well as fertility interventions. This conundrum—whether to place twins in the same class or in separate classes—is nothing new. In fact, it’s getting attention now more than ever. 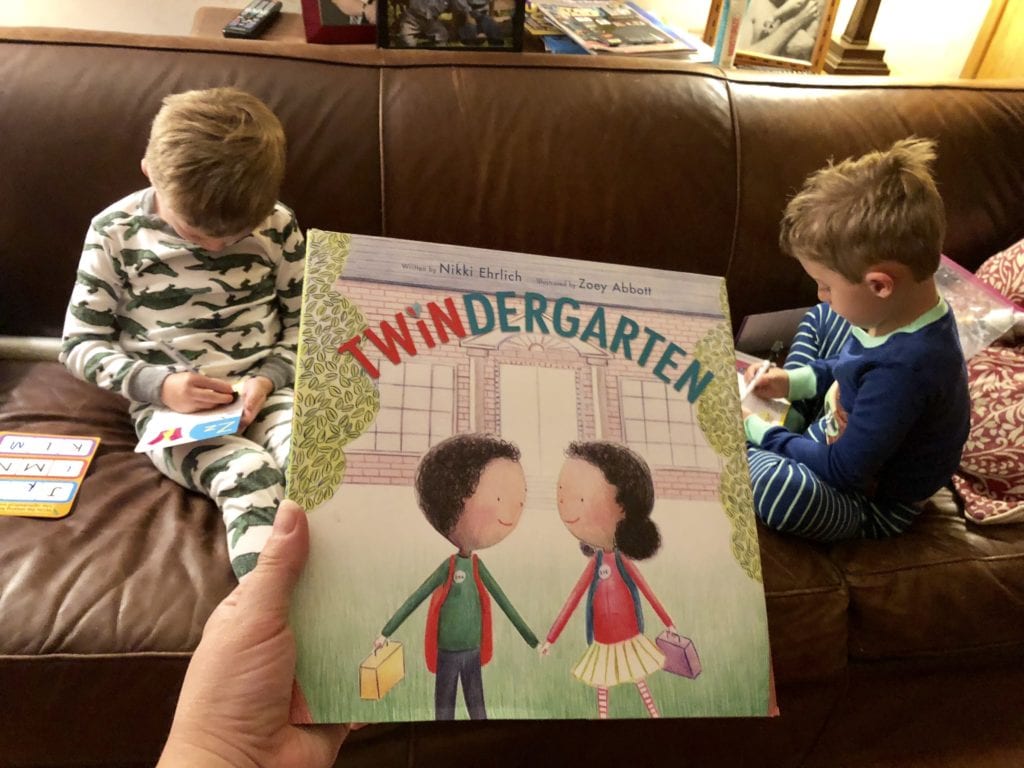 Should I Separate My Twins in School? What the Research Suggests

Deciding whether to separate or keep your twins together is a very personal decision. What works well for some children is disastrous for others. Yet, remarkably, there exist many school districts that have a policy—be it written or just tradition—that separates every twin pair when they enter Kindergarten. The most-often-used reasoning behind this is to develop each child as an individual. However, research is showing that a one-size-fits-all approach not only lacks merit but is doing a disservice to our kids.

Your twins are unique. So are mine. And what ensures the academic success of each of our broods will look as different from each other as our actual children do. So, what gives? Why are some schools implementing such a blanket policy?

This article will explore the latest scholarly research on the topic of class separation, as well as more popular media, and my experience as a school psychological examiner and mother of four, including twins. So, I’m a mom of twins who studies kids’ brains for a living. 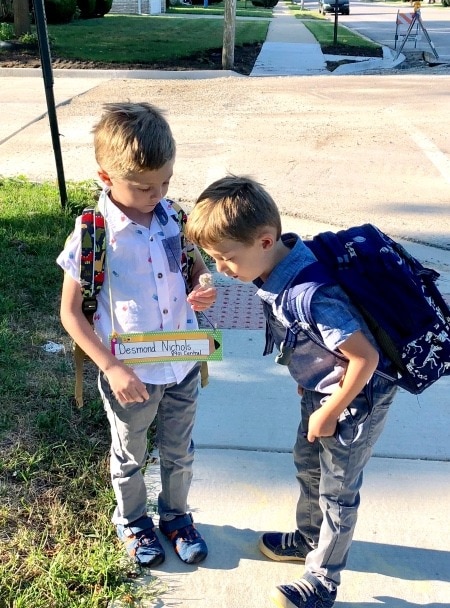 I have combed through a ridiculous amount of research on this, y’all, and let me tell you what… there is so much to digest that I have decided that my job in writing this very article will be to simply wade through it all, and present it to you.

One scholarly article investigated the effects of classroom separation on twins’ behavior, academic progress, and reading. “When compared to those who were not separated, those separated early had significantly more teacher-rated internalizing problems and those separated later showed more internalizing problems and lower reading scores” (Tully et. Al 115). As you may predict, these problems were more apparent in monozygotic twins than in dizygotic twins. Verdict: Don’t separate. 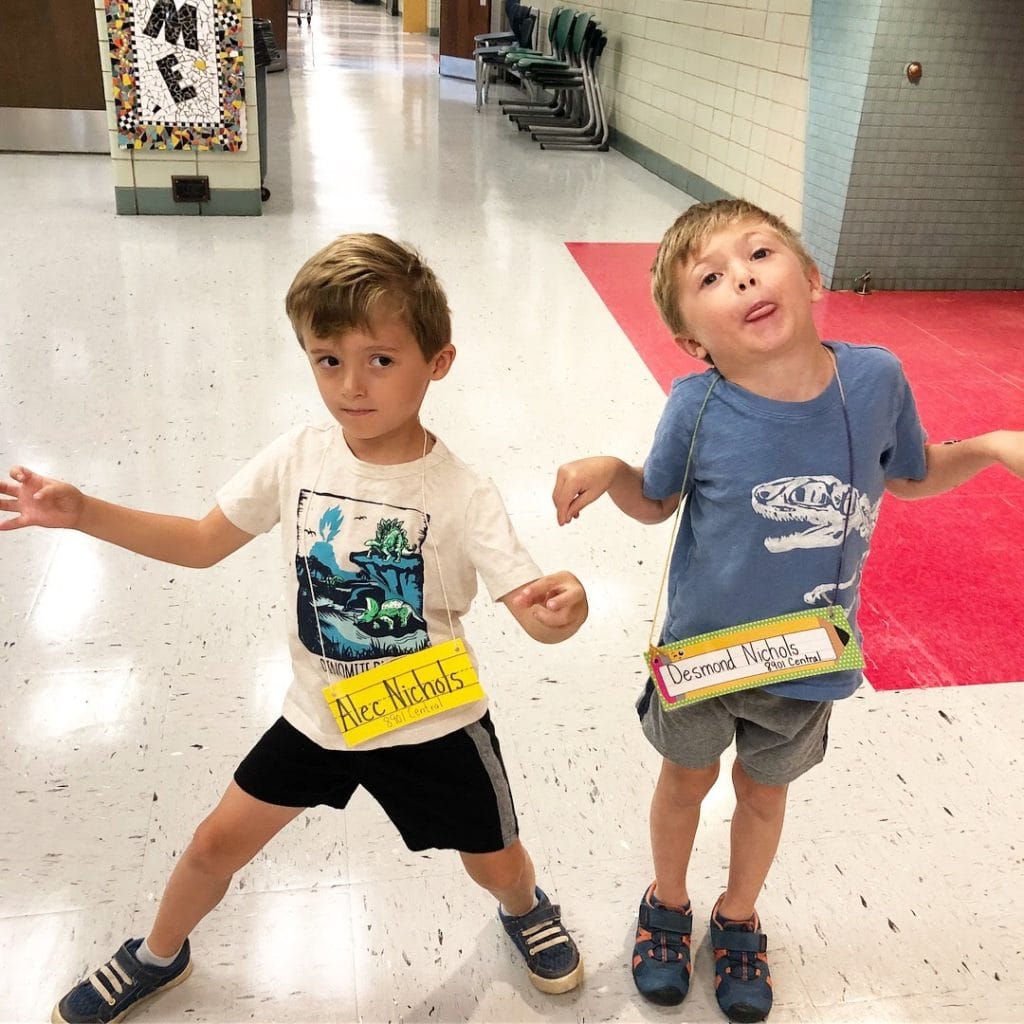 Another body of research indicates some similar findings. As far as social/emotional concerns go, “At age seven, twins from separated pairs had more internalizing and externalizing problems than non-separated twins, as rated by both mothers and teachers” (van Leeuwen et. al. 384). This same study found, however, no differences in academic achievement between the two groups. When considering outside and preexisting factors, the authors of this study concluded that overall, they found no significant difference in behavior or academics between the two groups of twins. Verdict: Doesn’t matter, slightly leaning towards don’t separate.

One scholarly article analyzed the effects of classroom separation of twins on a different scale: cognition. The makers of this study used IQ tests and achievement tests to measure cognition, and the study was limited to twins in Dutch primary education. A layperson’s synonym for cognition is intelligence, although I will say that cognition/intelligence is not generally measured using achievement tests. Interestingly, this study finds that classroom separation matters for language in Grade 2. No effect of separation was found for higher grades, and in fact, they find that separation increases language performance between Grades 6 and 8 for opposite-sex twins (Webbink et. al 573). Verdict: Again, doesn’t appear to matter significantly.

A New York Times article on the topic explores the difficulty of one mother from Queens whose school required a note from her twins’ pediatrician before allowing the twins to share a classroom. This article states that “twins separated early were observed to be more anxious and emotionally distressed than those who remained in the same class” (Bellafante 3). This rang true for identical twins especially. The same study found that twins separated later had lower reading scores than those who shared a classroom. One quoted New York City public school principal stated verbal domination of one twin over the other as justification for separation. However, such reasoning is based on anecdotal data, at best. Verdict: Do not separate.

As a twin mom, I find it distressing that school policy would exist with little to no empirical research or science to support it. One article discussing this is Placement of Twins and Multiples in the Classroom: A Brief Survey of School Counselors’ Knowledge and Attitudes. This article was authored in my home state of Missouri. When asking school counselors about the placement of twins and multiples, most counselors were unaware of whether or not their school districts had active policy on the subject, but most “participants supported early separation, already at preschool or kindergarten, and believed that separation would have a positive impact in the children’s development” (Nilsson et al 2). Sadly, though, the vast majority had no training on issues regarding twins and multiples in schools.

The article elaborates about lack of parental involvement in placement decisions, stating that “most schools uphold strict policies regarding the separation of twins and multiples upon school entry and it is not uncommon that schools make the decision without involving parents in the process” (5). In fact, “parents [of twins and multiples] tend to have more arguments with the school system [regarding placement] than with any other system or agency.” What? Why should we have to argue for doing what’s best for our children? 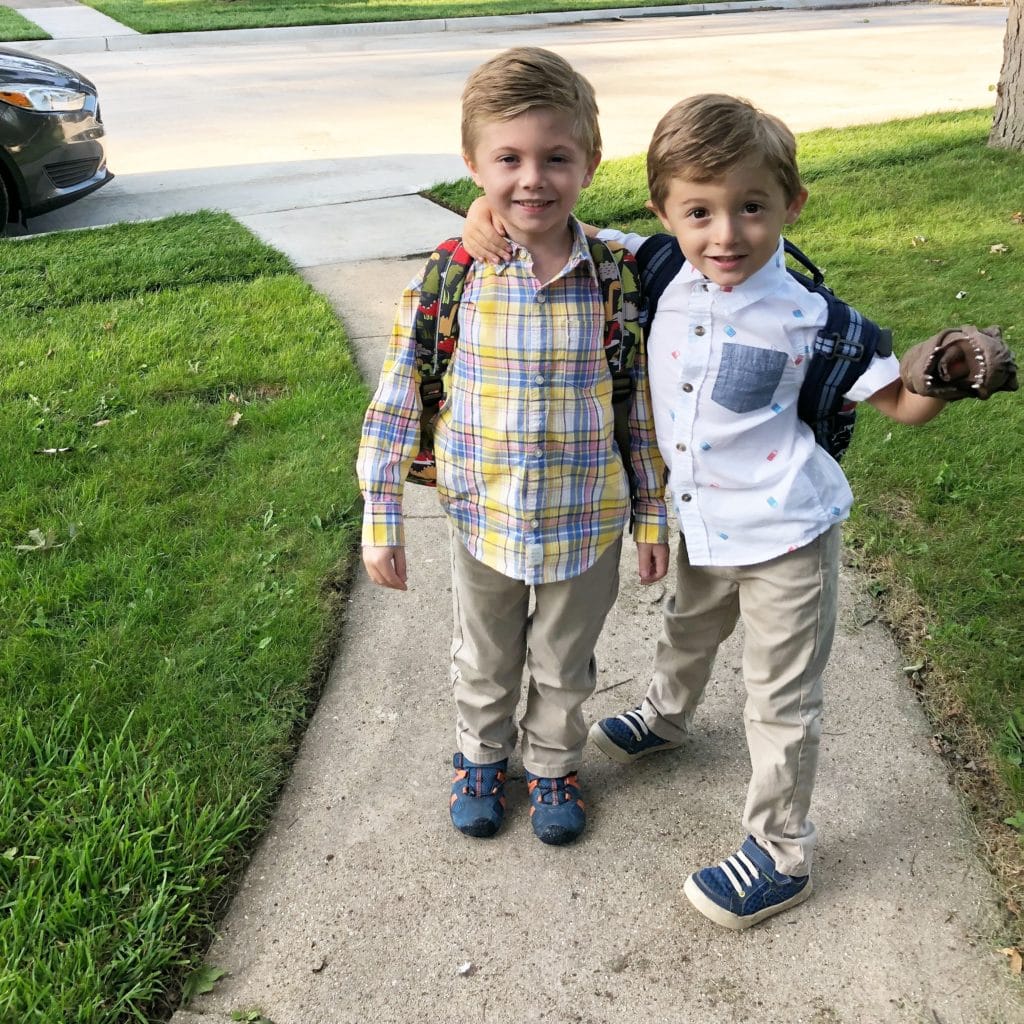 One of my favorite articles on school separation of twins is a dissertation titled The Educational Effect of Forced Separation on Twins” by Jason J. Grime. It’s a 131-page tome that I’ve reread over the last several years. It articulates nearly the same bewilderment I have! In it, Grime says, “Current research studies have concluded that separating twins in school before they are ready can lead to internalizing issues and behavior problems. Despite the current research, there are schools in the United States that practice an arbitrary policy of separating twins into separate classrooms against their wishes” (ii). The author concludes that in the area of education, we should look into proven ways of promoting individuality of multiples without making such separation a requirement.

Because of the revelations of current research, parents of twins and multiples are gathering signatures on petitions for bill sponsorships to address this issue! Many states are enacting what are colloquially referred to as “Twins Laws” which would allow parents to decide the best educational placement for their twins or multiples. These parents do not desire more rights than parents of singletons, and they certainly do not all want their children to be educated in shared classrooms. Rather, they simply want districts to be flexible and allow parents the option.

Whether or not you decide to place your twins in a shared classroom should be a personal decision and one that is dependent upon the dynamics of your children. What benefits my children will not be what benefits yours. Research, listen, and consider your children and the structure of their schools. If possible, support legislation that empowers parents of twins and multiples to make the best educational choices for their children. Minnesota became the first state to allow parents this choice, and since then, it has been introduced and passed in others as well. It is not yet a law in Missouri, therefore, since writing this article, I have decided to approach my State Representative about sponsoring a bill that empowers parents of twins to determine optimal educational placement. Whatever is best for your twins and family, I wish you the best of luck and many successes on your twins’ educational journeys. 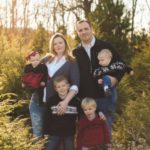 Stacey Bibb lives in the St. Louis area with her husband Ryan, their 7-year-old son Philip, their 4-year-old son Jack, and 18-month-old boy/girl twins Conor and Jorie. She works as a psychological examiner, and she and her husband run a funeral home! She loves traveling, sports, survival, and Starbucks. She is especially excited on days that she manages to arrive at work with her hair done and an outfit that actually coordinates.

5 Steps To Advocate For Your Child In School

Should I Fight To Put My Twins in the Same Kindergarten Class?

Separate Classes or the Same? One Twin Mom’s Experience 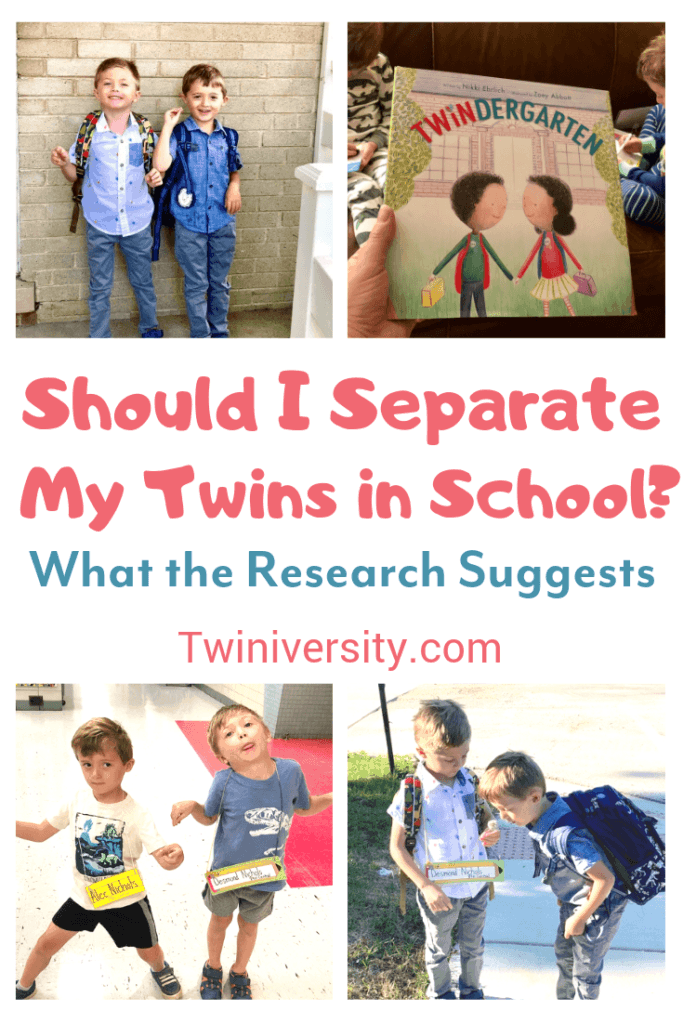