Home » When Do Twins Start Talking? 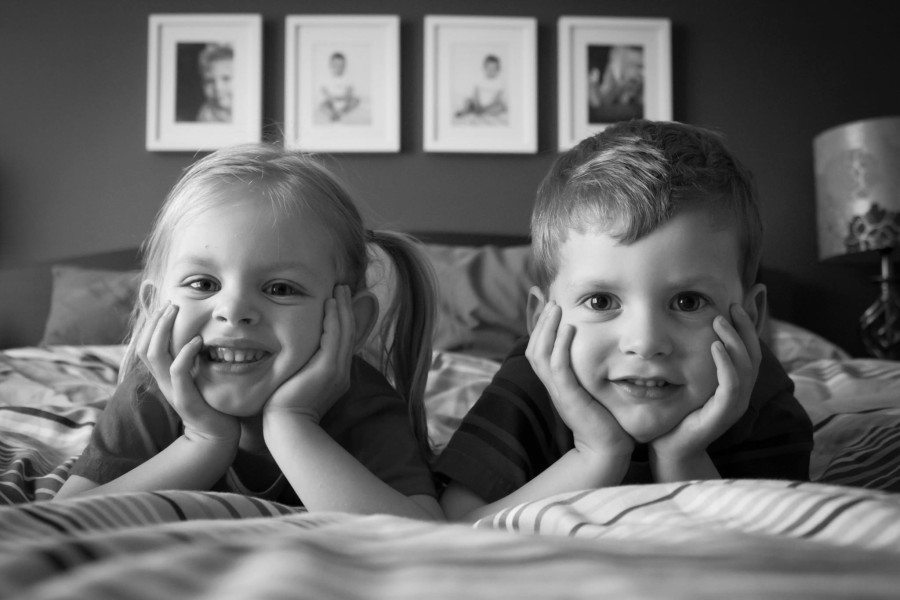 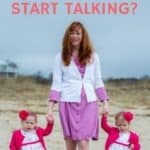 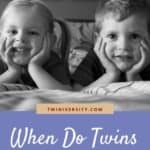 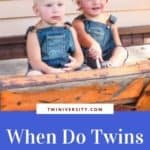 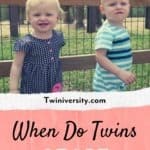 We asked our community of twin parents “When do twins start talking?” They shared details on the ages, genders, and circumstances of their twins.

“At what age did your twins start talking? Did you find they were a little delayed compared to singletons? And do you think gender played a factor?”

Here’s what they said…

One of my fraternal girls is speaking in sentences at age 2, and the other rarely puts two words together. 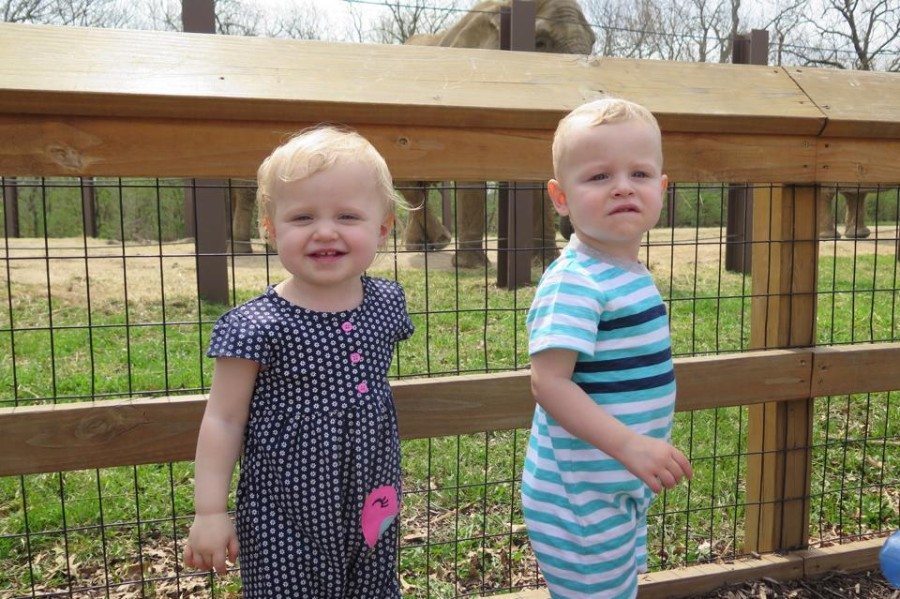 My girl/girl fraternal twins are 14 months and this was a concern to me as of late – they definitely have their own little language emerging but besides mum mum, dada, eyes and the dogs names we can’t make out any other words.

I had recently been concerned about my girl/girl twins’ vocabulary so I started recording their words on my phone and I was amazed at how many they were saying once I started paying close attention and writing it down. when do twins start talking 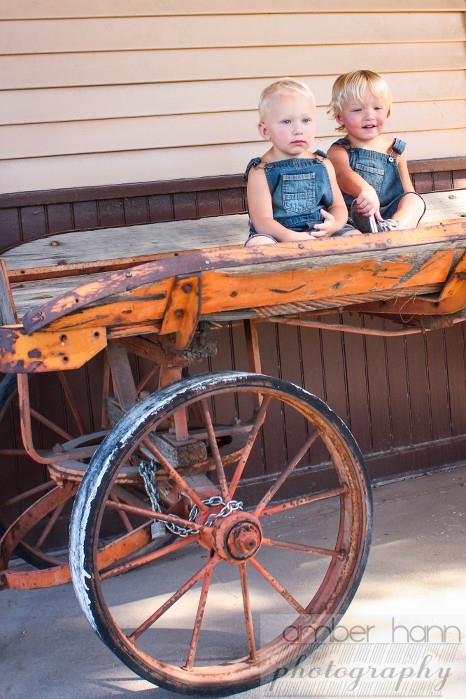 My boy/boy twins are the youngest of five boys…. They are 2 years, 4 months and they hardly say anything. All three of the other kids talked significantly more than the twins. Even though they are twins and the youngest, I still felt like they were very behind with speech. I had them evaluated and they are having speech services now. They were born at 36 weeks, 4 days and were not behind in any other way. when do twins start talking

My girl/girl twins are 2 and they have been talking well for a few months now. They were 9 weeks early and have been a little delayed in most things but not talking! LOL 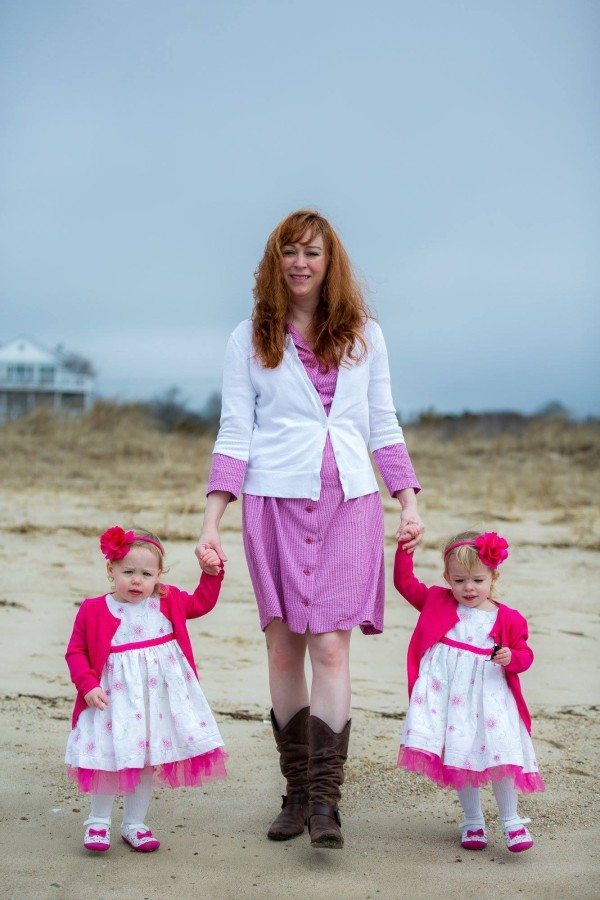 I have identical girls. They didn’t say much until they hit 2, but haven’t stopped talking since – LOL!

Boy/girl twins – they started talking a lot around 3 yrs. They are 4 years, 3 months now and there are still times I have a hard time understanding what my son is trying to tell me. when do twins start talking

My identical boys were full term. They started with sign language at about ten months, then twin speech that transitioned to Spanish. They didn’t speak English until after 2.5. They were “behind” their peers but I wasn’t concerned because they still had expressive language. They are very smart and now 11 years old. 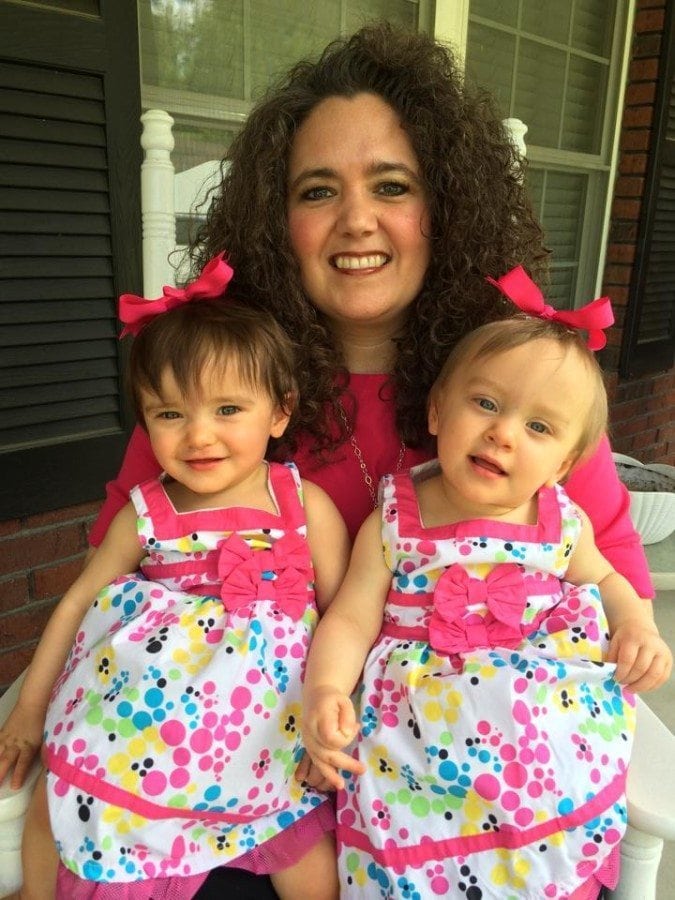 My twin girls started “twin language” at about 15 months. They could talk to each other and know exactly what the other one meant or wanted. In preschool the speech therapist became involved because they were still doing it while in school and the teacher couldn’t understand them. They will be 9 in two weeks and we live in Connecticut and they have a very bizarre Boston accent! The speech pathologist said its due to their twin language and they may outgrow it, or they may not. when do twins start talking

My boy/girl twins were taking well around 22 months. They were only 3 weeks early so no real delay compared to singletons. 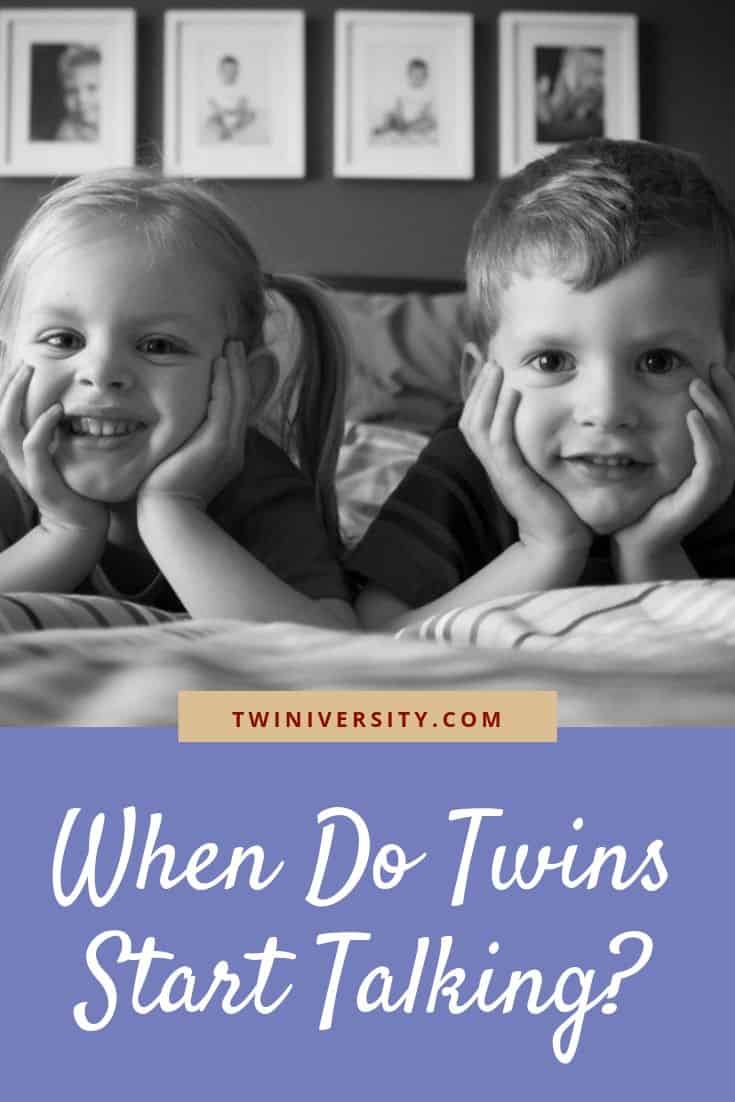 My twins (boy/girl) are 19 months and I feel their language is not delayed. They say well over 10 words which is what the pediatrician said they are looking for. He also said that for it to count as word it doesn’t necessarily mean the exact word, but if they call that object the same thing every time it counts. I have my kids watch signing/speech videos 2-3 times a day (usually while they eat) and while they do sign I feel the exposure and repetitiveness of words and seeing words linked to pictures has really helped their vocabulary.

My identical boys talked very early and talked A LOT. Their little sister (20 months younger) hardly talked at all for the longest time – she had two brothers doing the talking for her! when do twins start talking 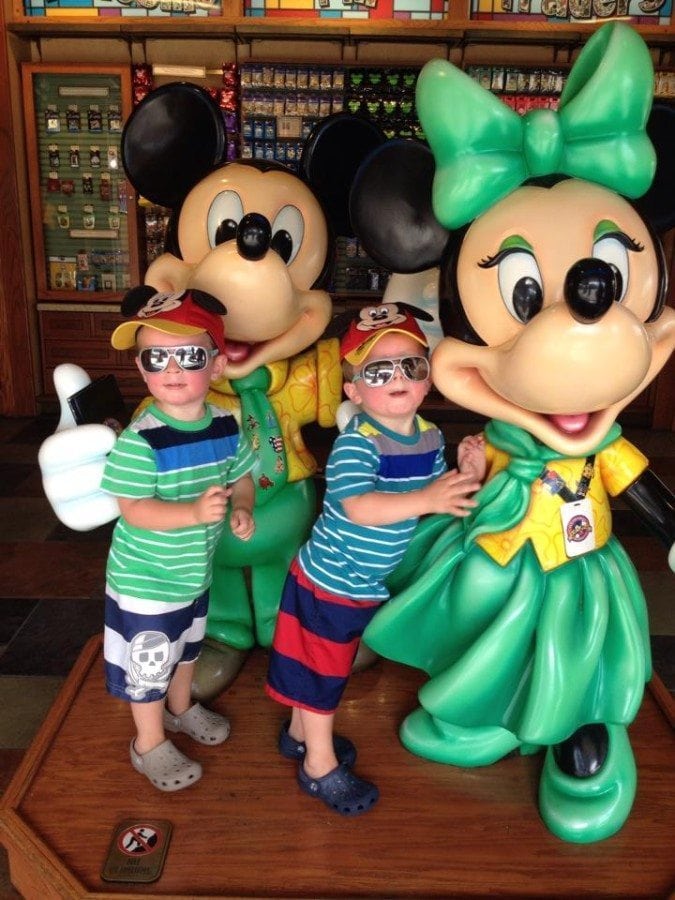 My fraternal boys (20 mos.) are on different levels. Twin A has about 15-20 words right now and Twin B has about 40 words. I’ve been keeping track of them in a note on my phone because it’s so hard for me to remember. Their words aren’t always very clear and they usually only pronounce the first syllable at this point (like “dah” for dog). Twin A used to see a speech therapist for swallow issues when he was a baby so I called the therapist and she said that they are very normal for being boys, for being twins, and for being this age. She said to expect each of them to have 30-40 words by age 2 and if not then it would be a good idea to get an evaluation by Early Childhood Intervention. She said that it counts as a “word” if the child uses the same sound every time for the same person or thing. She also suggested holding things up near my face and saying the word so they can see how my lips move to make the sounds. Another suggestion was to make them say the word before you give them the object they want (within reason.) We also took away the pacifiers during the day and only allow them in their cribs at sleep time. That made a HUGE difference. when do twins start talking 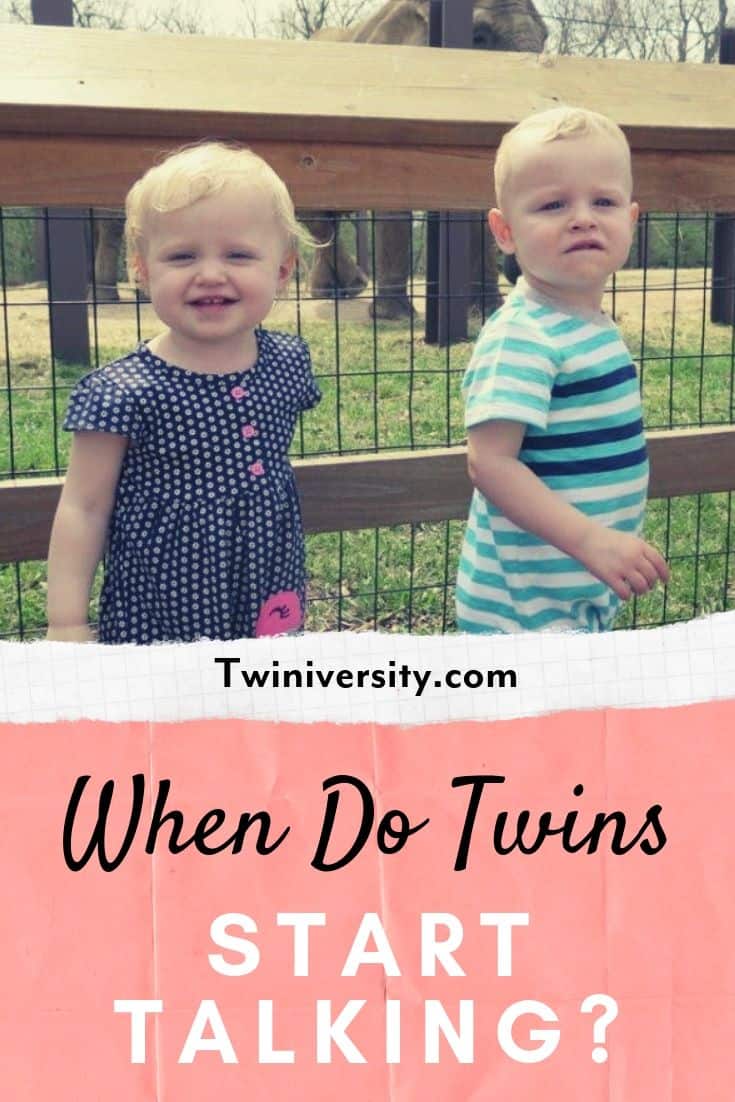 Worried that your kiddos aren’t meeting their milestones? Check to see what’s typical for the first year here. And always remember to trust your gut. If you feel that your children are a little too delayed, and your pediatrician is on the fence about what to do, get an evaluation!

All children are entitled to an early intervention evaluation despite birth weight, gestational age, etc.  Ask your pediatrician for a referral. If they don’t have one, call the hospital where your children were born and start the search from there. It could take up to 60 days from your first phone call to your appointment for an evaluation so don’t delay too much.

Check out this parent’s story for more details. 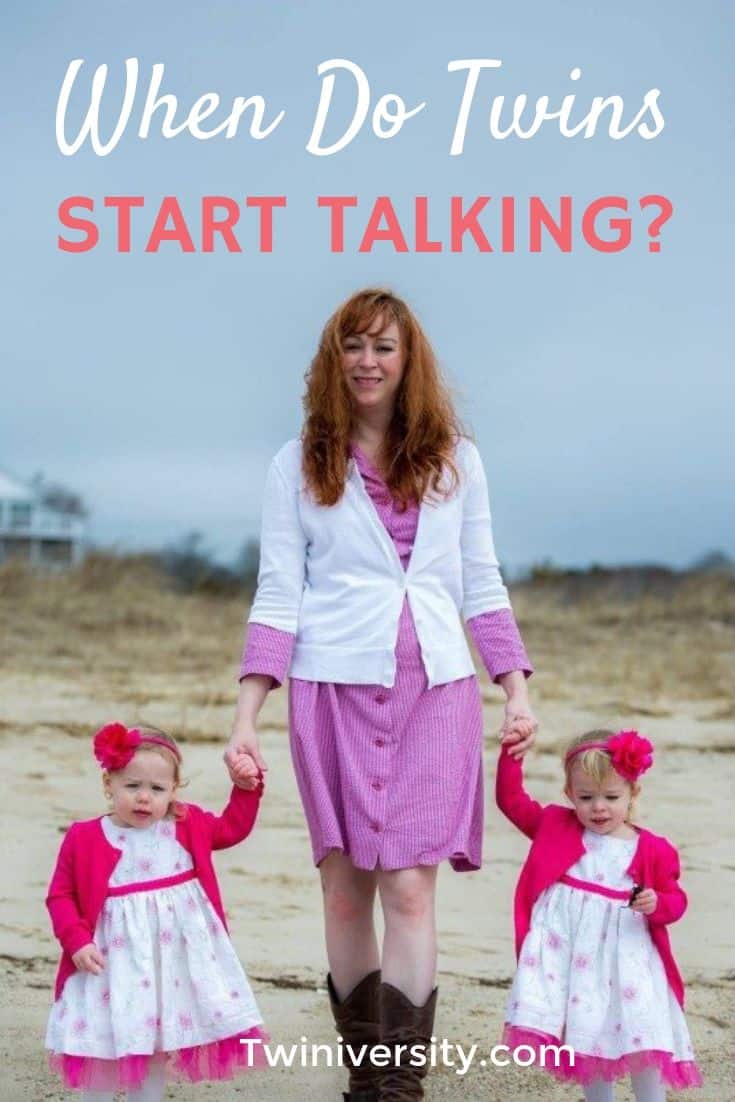 5 Tips to Develop Speech in Toddlers