Home » Why Mom Needs to Make Time For Herself 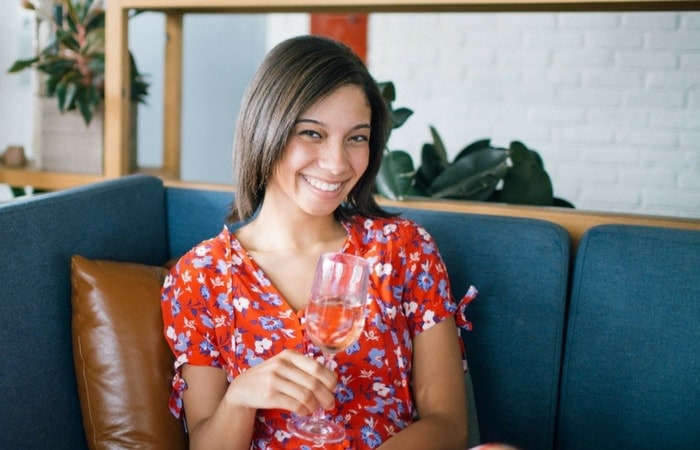 In my early twenties, I was single, living in Washington D.C., toasting apple martinis at happy hours with my co-workers and sleeping until noon on Sundays. It was easy to schedule a bikini wax after work or a pedicure on the weekends after a long brunch. Nearly a decade later with a husband, three kids (including a set of identical twin girls), and a dog, my time doesn’t belong solely to me. There are responsibilities, obligations and time constraints that cause my beauty regimen to take a back seat ride.

After I had my first daughter, I let six months go by before making an appointment with my hairdresser and manicurist. My roots had grown out about three inches and my nail polish was chipped.  How could I leave my baby girl, I thought to myself? My beauty appointments didn’t seem important, let alone necessary. Especially when my days were spent making baby food, changing diapers and going on baby play dates to the park. My outfits rotated between loose fitting pajamas and yoga pants. There were Cheerios in my hair, spit-up stains on most of my blouses, and I refused to relinquish the faded nursing bras. I was content with the state of frumpiness I had fallen into with motherhood.

When my twin girls were three months old, we hired a nanny to come and help me in the afternoons from about 3:00 pm until 7:00 pm. She fed the twins dinner, gave them a bath, and helped tidy the house. Those early days with preemie newborn twins were all about survival. My days began at around 5 am and were non-stop between the needs of my twins and two-year-old daughter. I welcomed our nanny with open arms and tears of happiness. When we hired her, I hadn’t even planned on exactly what I would be doing with my “free” time. I just knew I needed a break. Minutes after Maria arrived on her first day, she scooped up the babies and asked me what my plans were.

“I’m going to catch up on some things around the house,” I told Maria.

“No, ma’am.” She replied shaking her head. “You need to get out of this house and go do something for yourself.”

“Go to Starbucks or get a pedicure.” She replied staring down at my feet.

Looking down at my cracked heels and chipped pink toenail polish I knew she was right. Well, who has time to paint their toenails with three little ones? I thought to myself. There was always something to do. Whether it was feeding, washing bottles, changing diapers, wiping running noses, folding laundry, or emptying the dishwasher. It was a cycle that repeated itself over and over until they fell asleep for the night or until my husband came home. When my husband was home was the only time I allowed myself to temporarily “check out”; to replenish my mind and regain my strength that had been depleted from the day’s duties and to recharge for the next day.

I decided to take Maria’s advice and take a much-needed break. I grabbed my keys and headed out the door. The act of doing something that wasn’t baby or kid-related was invigorating. The freedom made me giddy like a schoolgirl. And there was something about having my nails done that made me feel more like a woman and less like a frumpy mom.

It was then that I realized I could be both. I could be a put-together mom that focused on her kids entirely when we were together, but who also carved out time for herself on a regular basis.

I set out a new goal to have “me time” regularly. I started by just doing one thing for myself a week, whether it was getting a pedicure or grabbing a cup of coffee or reading a few chapters from the latest chick lit. A few weeks later I joined a book club that some mom friends from my playgroup had started. What started out as a once-every-few-months outing became a regular outing, and not only did I love it, I found it relaxing and reinvigorating.

After I became a twin mom, my planning and organizational tendencies took on a whole different level. I made sure to always to schedule my girls’ doctor and dentist appointments right on time, every six months. I knew I needed to do the same for myself. I began making sure I went to my well-woman doctor visits once a year and even got a mammogram recently, per my doctor’s recommendation. The mammogram wasn’t something on my radar nor something I even wanted to think about, but I felt better after I went in and got it over with. My health and well-being is a combination of maintaining and keeping my body healthy and in shape as well as keeping an up-to-date beauty regimen.

For busy moms trying to juggle it all, it may require careful, meticulous, advanced planning to schedule a hair appointment or a pedicure but it is important to take time and maintain yourself. Every time I’m in the massage chair of the nail salon with soft, smooth feet and a fresh coat of nail polish, I smile and know it was well worth the time and planning.

Crystal Duffy lives in Houston with her husband, three little girls, and a yappy little Yorkie. Her writing has appeared in Scary Mommy, Mamapeadia, Twins Magazine and she’s a contributing writer for Twiniversity. She’s the author of her memoir, Twin to Twin, which details her high-risk twin pregnancy. Connect with her on Facebook, Twitter and her blog.

Realities of Being a Twin Mom No One Ever Told Me, But I Wish Someone Did