Home » 5 Tips to Successfully Work from Home with Kids 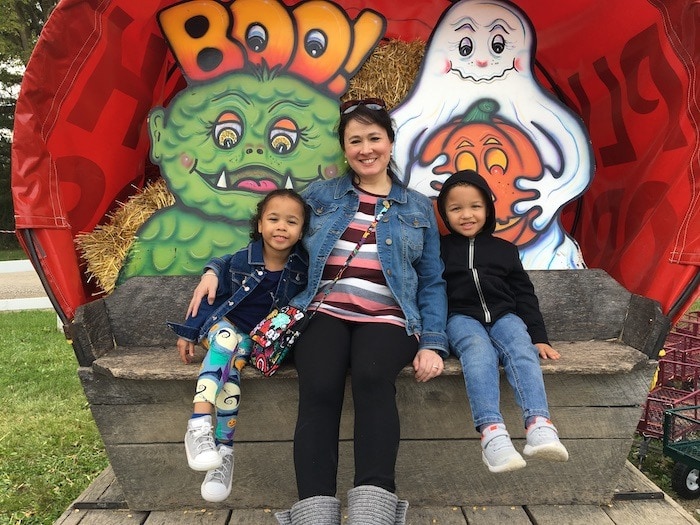 Early wake-up times. Torturous commutes. Fighting to find a spot in the parking structure.  These were aspects of working outside the home that I detested. Worst of all was arriving home at 6:00 p.m. knowing that I only had a pathetic two hours to spend with my twins before bedtime.  Although there were other factors that led to our decision, the lack of time with my twins was a large part of my husband’s and my decision for me to leave my stable, well-paying corporate job to work from home.  It was a difficult choice with financial sacrifices involved, but ultimately it was the right choice for my family.

Although I hadn’t anticipated it would be easy – I was well-acquainted with my children, after all – I was still surprised by how difficult it was to get work done with my kids around. A year later, I’m still a work-in-progress as I get organized and attempt to reach my goals, but I have learned a few tips that might make it a bit easier for you. 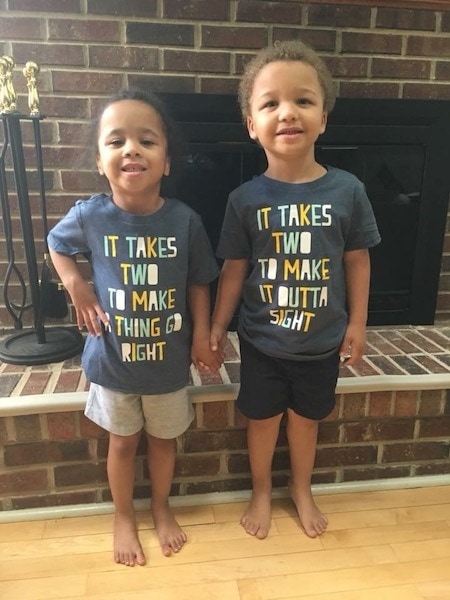 5 Tips to Successfully Work from Home with Kids

Because I was eliminating a 45-to-120-minute commute (depending on traffic and weather), I was certain I would have even more “work” time each day.  I couldn’t have been more wrong. When I first became a work-at-home mom (“WAHM” for short) I severely underestimated how much time I would spend with my then 3-year-olds.  That may sound ridiculous, but I had images of them quietly watching Blippi or Peppa Pig while I happily worked on my laptop in the next room. What actually happened is that the lion’s share of my day was spent preparing meals, cleaning up, preparing snacks, cleaning up, kissing boo-boos, and just sitting on the couch snuggling.  This went on for months. Don’t get me wrong – the days were DELIGHTFUL. However, I had set a time-table for establishing a proofreading business, and I was making very slow progress toward that goal.

As I write this article, I remember that I set time aside on my calendar a week ago to complete it.  I blocked out time on three different days for writing, yet life somehow got in the way. When you’re not accountable to anyone other than yourself it’s very easy to put off your tasks and get distracted.  Our children come first after all, and when you’re right there with your kids, it’s very difficult to ignore their pleas for you to hold them or to play Yeti in My Spaghetti. I have found it’s a great idea to pad my schedule with extra time.  What I think will take an hour will actually take three. What I thought would take me four months took me almost a year. Don’t beat yourself up over that, because after all, part of the joy of being a WAHM is having the opportunity for snuggle breaks and boo-boo kisses.  However, be realistic about how much you will actually accomplish with your two favorite distractions in the next room. 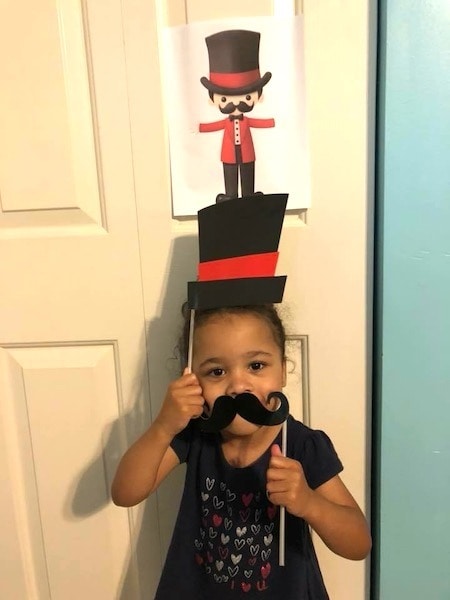 Admittedly, I’ve never been great at keeping a tidy house.  However, once I was actually home all day, all of the chores I’d always ignored seemed impossible to ignore. Suddenly I was dusting areas I’d never noticed and washing dirty dishes the minute they were placed in the sink. One day I was hit with the realization that I never did that much housework when I worked outside the home, yet I had set up an expectation that I should clean while working from home.  From then on whenever I felt the urge to turn away from my computer to do a chore, I’d remind myself that the chore would never have gotten done on a standard workday, so it didn’t need to get done now. It sounds simple but it worked wonders!

Let’s face it: the only way you’re going to stay busy is if your twins stay busy too.  Nick Jr. became my closest ally in this battle, but to ease my guilty conscience, I relied on educational DVDs as well.  My twins love Rachel Coleman’s sign language DVDs as well as various Spanish and French DVDs. Dance playlists on Alexa have been a great distraction, as well as Play-doh, Legos, water paints, beads, and other crafts they can do on their own.  I’ve learned to be prepared each workday with several activities that I can pull out when my kids become bored and start to hang on me.  If I have a really important project that is time-sensitive, I’ll even get a new DVD or activity to surprise them. This doesn’t have to be expensive. Try your library for DVDs, and pick up small boxes of crayons or Play-doh. Basically, anything that’s new to your twins can be a fun distraction! Don’t forget about Leap Pads for younger kids, and iPads for older kids.  If you start to feel guilty about all of that screen time, find an educational game or app. There are tons out there! 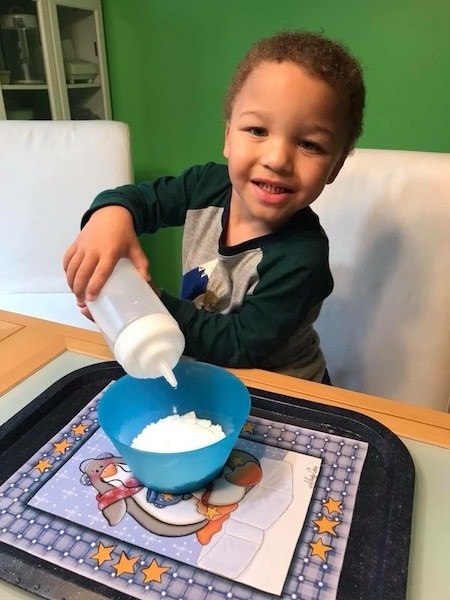 You know that old saying “Time is money?” Well, when your livelihood depends on finding uninterrupted blocks of time, it’s easy to find minutes where you never looked. Because I’m not a morning person, getting up before my kids is brutal but effective. Waking up just an hour before them gives me a heavenly block of solitary time for writing, proofreading, or checking email. Knowing that I have a built-in deadline — their wake-up time — is helpful in keeping me on task.

Once my twins started preschool three half-days a week, I found additional time as well. Although it would have been preferable to drive home and work at my own desk, I found that wasted valuable minutes.  Instead, I find it more productive to work at a library or coffee shop near their school. There have even been times when I have just sat in the parking lot of their school and worked on my iPad (clear this with the school first so you don’t frighten anyone.) 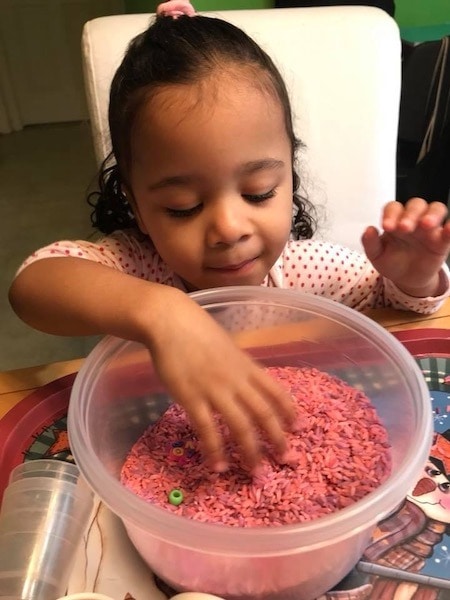 Get to work outside the home again

Although spending time with my twins was glorious, after a few months I felt the urge to leave the house again.  I went back to work with my previous employer on a part-time, temporary basis for a couple of months, and after that, I found a part-time job at a nearby school for a few months. These jobs turned out to be a great idea.  In addition to the extra money and the opportunity to talk with adults again, I was forced to set a schedule for my home-based work and stick to it. I found myself accomplishing more than I had in months.

When it comes to working at home with kids, it may take some time for you to find your own successful strategies. Don’t beat yourself up. Like every other part of raising kids, it’s a constant process of learning and experimentation that ends in satisfaction and pride. 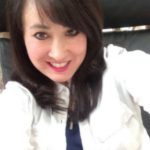 Dawn Krzisnik is the bemused mother of 4-year-old boy/girl twins, Evelyn and Holden. She is married to David, a high school teacher and children’s book author.  She lives in Michigan with her family and her Toy Manchester Terrier, Scout.  Dawn works from home as a legal transcript proofreader. In previous lives she worked as a project manager and as a marriage, family, and child therapist for community mental health agencies. You can follow Dawn’s Facebook page, Twinsition.

10 Misconceptions About Working Parents of Twins

5 Truths About Parents of Multiples Who Work From Home

To Stay Home or to Work? The Twin Parent Dilemma 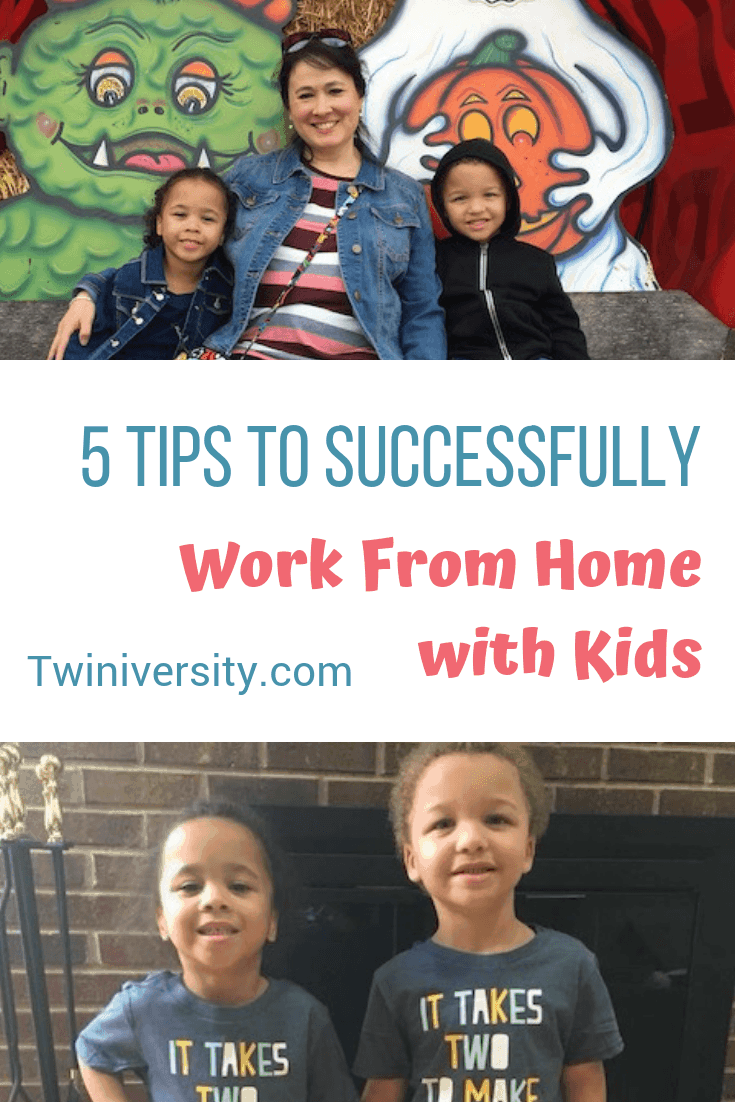